Press question mark to learn the rest of the keyboard shortcuts I need help, I made a lawful wizard, and we have a new player that within the first minute of playing D&D, decided to mug and kill a random grandma, infront of people, grandchildren amongst them, and feels no remorse since our DM added that some bandits or something were raiding the town we were in. What should I do? At the moment I am planing to become hostile towards him and attack, but I want a third party opinion. 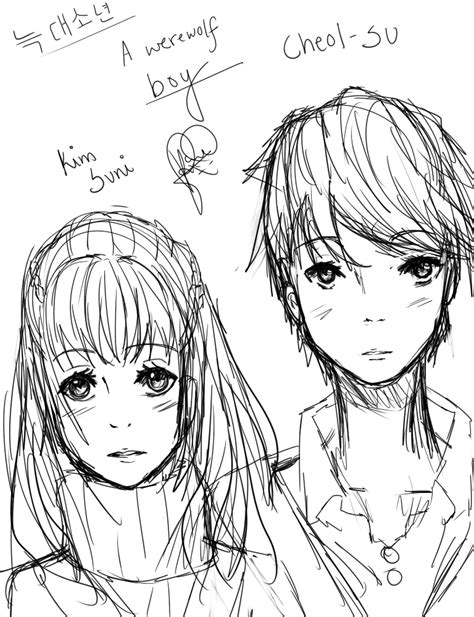 Edit:I have just recently been told that the raiders were only going to loot the town and burn some buildings, they would not hurt the people Vampires seemed like a good choice because they can have goals and schemes, such as organized crime.

When we were entering The hideout one of the players that I didn't mention had a goblin jump on top of her and bite her face off. But eventually his animal handling succeeded and pacified the wolf they kept progressing through the cave killing rounds of goblins.

Ross locks up on them and club them to death as his wolf coward in fear of the goblins. The bugler is goblin goons started laughing at him and jumped down to help they both fell to their deaths.

Bobby ran to retrieve his Pitchfork and managed to kill the bug bear. While they were sitting there tending to their wounds a goblin came walking up on top of the bridge drinking a huge mega ale and playing the banjo this is what he said.

One of the goblins hated the bugbear and wanted to control of The hideout in exchange for the man that hired them's freedom they would leave. Banjo goblin ended up cooking for them and just being a good friend to the party they slept in an inn in handily the next night.

This campaign is still ongoing I'll update this post with future adventures of banjo goblin. For a bit of background before the story, this game of DnD was me, as the player, and my girlfriend, as the dm.

For now though, it all starts with my Half-Elf, Velar, leaving home after turning 18 to explore the world and expand his knowledge on nature as a whole. After arriving in a town I heard of a massive library that had seemingly appeared out of nowhere one day, with many people travelling from across the continent to study there.

The people studying there were very friendly, and I found the topics covered by the books near endless. I ended up spending the next six years there, preferring books about history, magic, fauna and the various creatures that exist in the world.

This worked, more or less, and allowed me to reach the next village, Little Creek, before my feet froze. I went into the local inn and got some food and drink, noticing people eyeing me as I entered but dismissed it as I was used to sideways glances because of my mixed blood.

After returning to the inn, I found an older woman with some younger men talking about their shed being broken in to. They accepted my offer, and we all went over, but any tracks had been covered by the snowfall, with the only clue being that there were scratch marks near the door handle.

It was late in the day and the captain, Harley Earl, planned to have myself, some guards, and some volunteers go and check on some traps that had been planted before. The next morning I met up with the group, mostly guards, but there were some young adults there as well, excitedly talking about getting a wolf pelt.

I ignored them for the most part, my mind still running over the possibilities of both the wolves and the thief, before we set off into the woods. At a set point in the woods we divided into groups to check the traps as they had been spread over a good distance.

We followed the prints as we quietly discussed this, with me positing the idea that it could be another druid as we could shape shift into animals with minimal effort. We eventually heard arguing and approached the sound, sticking low to the ground.

I was apparently the only spell caster within a few days journey and none of them knew anything about werewolves. I told him everything I knew that I believed to be relevant, namely the fact that they can only be hurt by either magic or silver.

He asked for anyone around the village to spare anything made of silver that they could so that the guards weapons and arrows could be coated in it, offering to do the same with my scimitar which I accepted as my more powerful magic had limited uses. As we traveled to Little Creek I heard a cry off in the woods and reacted on instinct, running off in its direction much to the dislike of Johnathon.

I approached and used Thunder wave, a spell that creates a loud thunderclap and can send people flying a short distance if they fail their DC. As soon as I saw him I realized he was a werewolf who hadn't lost himself in the curse, as he had changed to his normal body and wasn't hostile.

I worried that he would be killed by the others with me and I told him to run, but Johnathon had approached and pointed out that he couldn't let him go now that he was found. We started to talk with the boy, whose name was Vendor, and we find out that he's been on his own for a little over a year, was bitten around the same time as he ended up alone, and only transformed when necessary to defend himself.

When he noticed hi wounds closing I explained what I did, that I was a druid, and knew he wasn't a threat. I should mention that I noticed him wearing my shoes and figured he had been the same thief that was stealing from Little Creek but kept all this to myself as I didn't want to scare him or get him in any trouble.

During the fight, Johnathon had been bit, but I was unsure if the curse had taken hold as it doesn't always spread through every bite. Once we got there, the rest of the guards broke off to tell the villagers what was going on and spread what weapons they could spare while Vendor, Johnathon and I went into the inn.

Once we got inside, the innkeeper brought us some food and I talked with them about the werewolf curse, specifically that it could be cured. The innkeeper noticed Vendor's ratty clothes and offered to check if he had a spare set for him, and we went up to bed.

Our characters changed in between, but I played the one I started with: An Ancestral Guardian Halfling Barbarian. Needless to say, this grandma was tanking the hits while two diatonic bloodline sorcerers (one sea-elf and one dragon born), an Aarakocra Horizon Walker and a Tie fling Gunslinger dealt damage from afar.

As weird as that party composition sounds, I think it completely fit the setting. Sometimes a monster was completely immune to a PC's full spell list.

Other times I was extremely glad I was tanking damage with my rage because a 'mini-boss' would have 7 long sword attacks in one turn. But the real problem creeped in when the DM wanted us to take his NPCs seriously, but we had other ideas.

We behaved like a bunch of school bullies, making fun of the names of the evil minions and never really paying attention to the other NPCs. Finally, after we rescued a group of prisoners trapped inside a royal palace, we were confronted by the BEG himself who cut off our escape route and forced us to confront him for a final showdown.

All our attacks seemed to bounce off harmlessly, and even my roll of a 22 STR check barely moved him a few feet away. This started to frustrate the whole party as we were running out of ideas, and he seemed to be charging up for an attack for 3 full rounds. 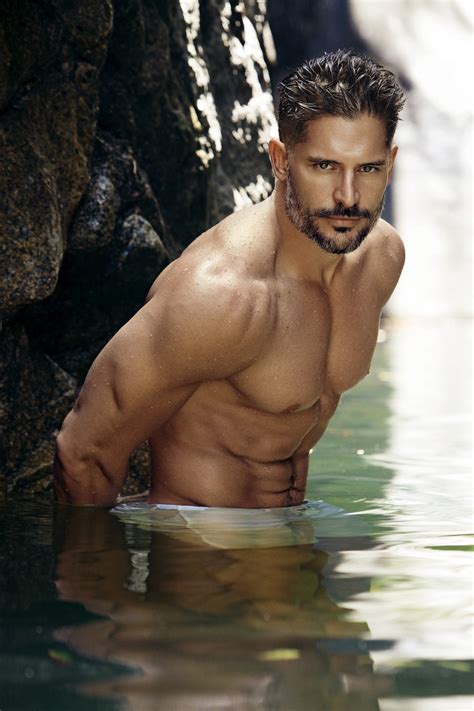 After a few more rounds of us not dealing enough damage, we finally made him crack and was able to fight a transformed version of him. At this point, we were tired, and glad to be rid of the BEG whom we lovingly called crap token instead of Kraken.

It was at this time a giant white colored dragon (with a metallic tint that made it look like a pearl apparently) flew in from the sky, landed next to us, wiped the remaining minions and asked us to hop on to his back. We all just wanted some pizza instead, so the dragon conjured some for us, and we rode him back outside to where the king was waiting for us.

This was surprising since we've done nothing but annoy the DM with questions just to throw him off, or make fun of all his NPCs. Essentially giving her the ability to fly, and I responded with a classic “yahoo” Mario sound effect.

Including the ability to do triple damage on a critical, or never having to worry about being knocked down while you're flying. My logic was that my barbarian grandma was doing this for the thrills, and she has in all her years of fighting never been brought down to unconsciousness.

So she inadvertently thinks her age has finally caught up with her, so she wants to hang up her boots, open up a bakery and live the rest of her life in peace with the ghost of her long-dead husband. I felt the need to retire her and bring in a new character should the story continue and this was the perfect moment to do just that. 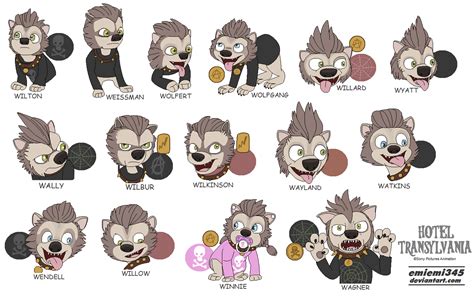 But the dragon responded by giving her another gift, now she's become completely immortal and could only die in battle. The gunslinger's player had nodded off to sleep (he has two kids, and we play through the whole night, so it's not unusual for him to do that).

The horizon walker ranger decides that this looks like fun and proceeds to attack the dragon to try and get him to kill and resurrect him. So I had granny come back from her painful swim, and “adopt” the ghosts of the other players as her ancestral guardians.

After we were satisfied with making fun of the literal god-dragon, the party decided to travel the land as the ancestral guardians of Hilda Good barrel, the barbarian grandma. She is nigh immortal and now spends her time doing extreme sports, with her ghost buddies spooking and insulting her opponents, so she could win.

And somewhere else, there is a tie fling gunslinger who woke up to find about 10 legendary items waiting for him. Part of the reason why we were so mean to him was because we couldn't feel engaged in his story and in our regular game he was always trying to annoy the rest of us with his antics and his showboating.

They spend hours going over their characters and their motivations in my campaign of heroic adventure and thrilling plot twists. But my friend who DMed managed to do the one thing I feel is the heart and soul of DMing: 'let the players have their fun'.

It is for this reason I believe that no matter his faults, he is an even better DM than I am, and I personally can't wait to play another of his sessions, so I can make fun of his NPCs again.