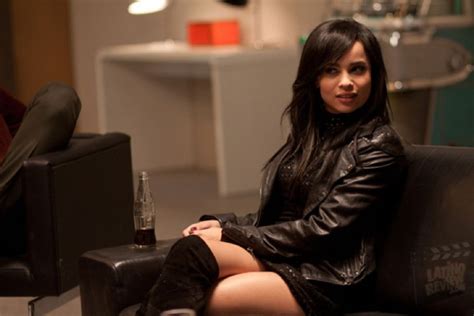 Angel Salvador is fourteen years old when her mutation first manifests, and she is driven out of her home by her abusive step-father. He kills all the U-Men and offers to escort her to the Xavier Institute for Higher Learning.

The owner attacks them when he sees Angel digesting her food like a fly. Finally, Wolverine brings Angel to the Xavier Institute, and they watch Jean Grey expel an army of U-Men from the school.

Angel later helps the X-Men fight the menace of Cassandra Nova by working with the Step ford Cuckoos and stealing needed DNA samples. After accepting a bet to kiss Beak, her classmate in the Xavier Institute's Special Class, Angel grows close to him, and they begin to see each other romantically and sexually.

Angel, Beak, and the other Special Class students are part of another confrontation with the U-Men, deep in the woods on the Xavier Mansion grounds. Angel and Beak's efforts are recognized in an awards' ceremony held by the Institute.

The two sneak outside, not realizing they had any chance of winning, and Angel reveals to Beak she is pregnant, fearing that Emma will have them expelled. Due to her fly morphology, her pregnancy rate is accelerated, and she lays insect-like eggs in Wolverine's old shack. 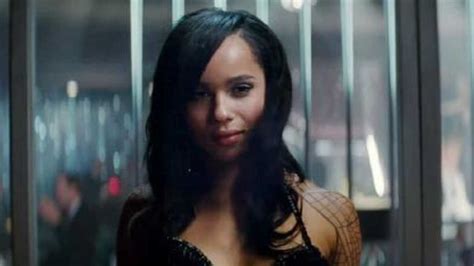 Her fear of their children being discovered and destroyed and of their possible expulsion make Angel a suspect in the “murder” of Emma Frost, who is found shattered in her diamond form by a diamond bullet. Angel is cleared of those suspicions when Emma is revived and names Esmé as the perpetrator.

Shortly afterwards, Born, instructor of the Special Class, apparently reveals himself to be the mutant terroristMagneto (later his true identity is retrospectively revised). He has been responsible for corrupting Esmé, and he has been teaching the class pro-Magneto propaganda under the guise of Born all along.

Angel is convinced to serve as a member of his latest incarnation of the Brotherhood of Evil Mutants. Beak rebels early on, not wanting to see captured humans killed.

Beak is seemingly killed for his efforts, dropped from a levitating car. Angel herself feels the need to rebel when Magneto threatens her classmate Martha.

Beak leads the X-Men back to Magneto's stronghold, using the key nobody had bothered to take from him before he was attacked. Later, Beak is made an honorary X-Man, and he, Angel, and their children lived in a home on the Xavier property.

Beak is unhinged from time and joins the Exiles, ostensibly to prepare him for a future event during which several worlds will be threatened. As a result of this displacement, he is for a time unable to interact with beings from his home timeline, and Angel and their family believed him to have run away.

Following the House of M event, Angel, Beak (thanks to the Exiles now back to his base reality) and their children (except Tito) lose their powers & unusual appearance and are now able to live happily together once more. Now going by the name Tempest, Angel has gained fire, ice, and wind/flight powers given to her through technological means by Night Thrasher.

She was tracked through the sewers with Dazzler and Velocity before being teleported to Fortress X. Angel Salvador appears in X-Men : First Class, portrayed by Zoe Gravity.

She is introduced as a stripper at a club in 1962, who is recruited by Charles Xavier and Erik Lehnsherr into their band of mutants opposing Sebastian Shaw and the Hellfire Club. However, she soon joins the Hellfire Club at Shaw's invitation, becoming a participant in his scheme to provoke the United States and the Soviet Union into the Cuban Missile Crisis.

Her role in the final battle is minor, engaging Banshee in an air battle, using her saliva as explosive projectiles and eventually getting her wings singed by one of Havok's energy blasts. She is last seen rescuing Emma Frost with Lehnsherr, Mystique, Azazel, and Riptide.

A viral marketing site for X-Men : Days of Future Past shows that Angel (referred to as Tempest) and Azazel were killed by Project Wide awake operatives. In the film, when Mystique infiltrates Track's office, she sees autopsy reports and photos for several mutants including Angel Salvador's. 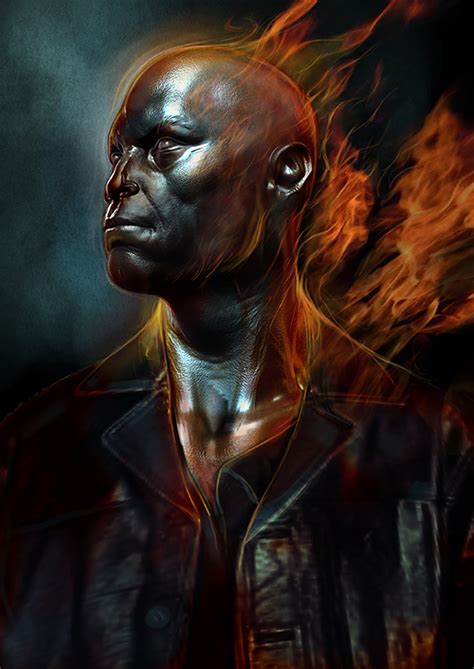 Archived November 28, 2013, at the Payback Machine ^ ^ “11 questions about X-Men Days Of Future Past answered”. Alias(BS) Tempest Appeared in X-Men : First-class Status Deceased Actor Zoe Gravity My stage name is Angel ... and it kind of fits.

Angel Salvador was a mutant with the ability to fly with insect-like wings and projectile vomiting acid. However, she soon joined the Hellfire Club at Shaw's invitation, becoming a participant in his scheme to provoke the United States and the Soviet Union into the Cuban Missile Crisis.

She helped rescue Emma Frost with Lehnsherr (Magneto), Mystique, Azazel and Riptide. Angel Salvador, sometime after taking the alias Tempest, was killed by operatives of Project Wide awake, along with Azazel.

Mystique found Tempest's autopsy file along with other mutants experimented on by Bolivar Track. One of her wings was displayed in the museum where Magneto retrieves his helmet back. 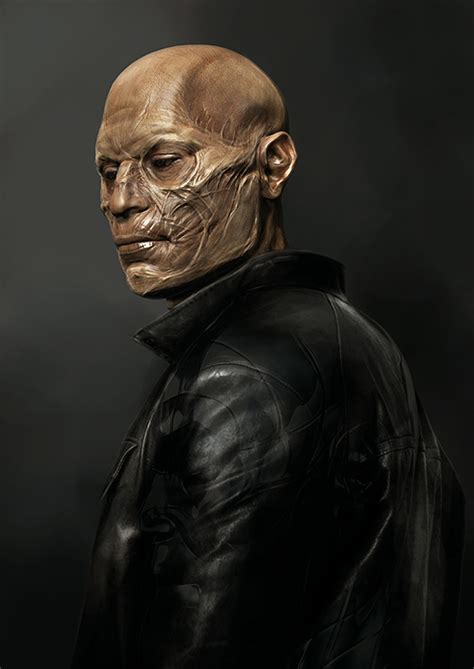 The movie version of Angel shows some traits in common with another mutant from the comics, Stacy X. In an older draft of the X-Men : Days of Future Past script, there was a scene with Havoc and Angel running through the woods in an experimental attack by a Track Sentinel.

Bonus material released online shows more graphic autopsy photos of Angel. Angel Salvador was a mutant with the ability to fly with insect-like wings, which appear tattooed on her body, and eject flaming acid.

In 1962, Angel was working as a stripper when she was approached by Charles Xavier and Erik Lehnsherr, who persuaded her to join the X-Men. Their leader, Sebastian Shaw, attempted to persuade the young mutants into joining him against a populace that feared them.

Later, Angel joined the battle against her former teammates during the Cuban Missile Crisis, fighting Banshee and Havoc until the latter severed one of her wings. On November 5, 1962, just mere days after joining Magneto's Brotherhood of Mutants, Angel was slain by Project Hideaway operatives in a firefight and her body was heavily mutilated.

As Mystique looks through the 'Autopsy' papers in Track's office, she is distraught when she sees a few photos of the dead bodies of Angel and Azazel, along with other unidentified deceased mutants. The wing that had been removed is later shown in a glass chamber along with Magneto's helmet, the coin that killed Shaw, and Havoc's containment unit. 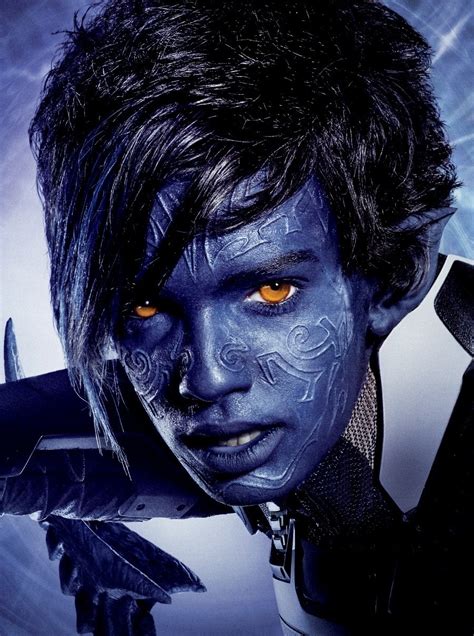 However, she strongly disliked her job, once claiming she had spent her entire life growing used to dealing with males acting in stupid ways. She was proud of her superpowers but was frequently forced to hide them, particularly by making her wings look like tattoos.

As a result of what her past had turned her into, she understandably showed a limited extent of respect and curiosity towards Professor X and Magneto. While not as sadistic as her new teammates, Angel seemed indifferent and even fond of the idea of initiating the Cuban Missile Crisis, sharing a toast with her new master as they prepared to make their move.

While Angel enjoyed the thrill of battle, she seemed to prefer to grant her victims quick and easy deaths, displaying a reluctance to cause significant injury to members of the race she was trying to save. However, her developed survival instinct and desperation to prove herself to the members of the Hellfire Club caused her to fight against them anyway.

Angel's fighting moves also seemed to be more direct, straightforward, and unrefined than those of her teammates, presumably owing to her being the youngest member and having never been in the midst of a battle before. However, when Shaw told her she should stop contributing to a society that had shown her kind fear and prejudice, she still looked unsure of herself, but when he added that “You can join us, and live as kings... or queens”, she changed her mind and claimed remaining out of Hellfire Club was out of the question.

An official screenshot of her autopsy from Days of Future Past, however, lists that she died on November 5, 1962, just a week after the Cuban Missile Crisis. In an older draft of the Days of Future Past script, there was a scene with Havoc and Angel running through the woods in an experimental attack by a Track Sentinel. 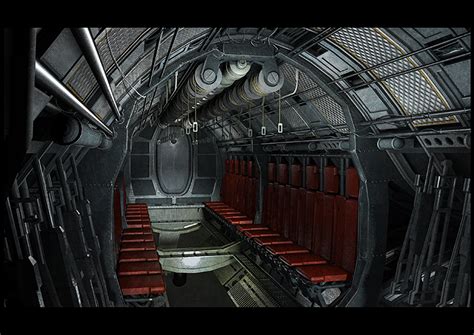