Are X-men Comics From The 90s Worth Anything

Press question mark to learn the rest of the keyboard shortcuts So, I decided to go back to Gain Size X-men #1, and read through the entirety of Chris Claremont's works, and all tie-ins (Uncanny X-men, New Mutants, Excalibur, X-factor). 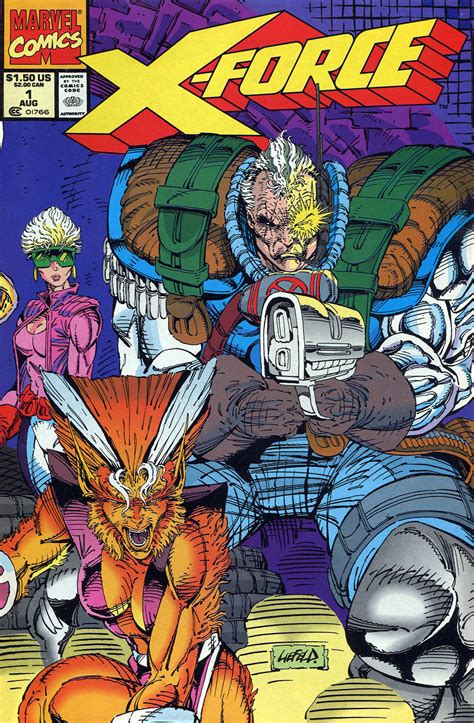 I read the first 10 issues or so of X-Men Volume 2, Peter David's X-factor, and Rob Lie field's X-force. This is a Subreddit dedicated to Marvel Comics, its publications and hundreds of characters.

It is not affiliated with Marvel Entertainment, LLC and is an unofficial community operated by dedicated fans. Rather, many publishers released a slew of strange, “rare” books at the time in order to appeal to an expanding market of collectors who saw comics as a viable investment.

Gambit’s instant importance to the X-Men roster makes his debut comic a valuable one, and the record sale for a copy stands at a remarkable $3,200. Writer and artist Jeff Smith’s Bone series is as beloved as they come, but that’s in large part due to the collected omnibus editions of his story.

Smith originally released Bone using his own small publishing company, Cartoon Books, which resulted in a low distribution rate. For the purposes of this list, we're using values based on recent auctions and assuming that your closet isn't some Narnia portal that opens up into a 1960s comic store; we're going to assume that everything you can find in your closet could be purchased at your local comic shop, and was published during the late '80s and beyond.

You might have to hop across the pond to find this one in your closet, but given the universal popularity of shape-changing robots, it's not unlikely that this issue might have found its way around the world. As one of Marvel's most popular heroes, this isn't the first time you'll see Spider-Man on this list, but it's relatively rare to see a recent, common comic shoot up in value like this. 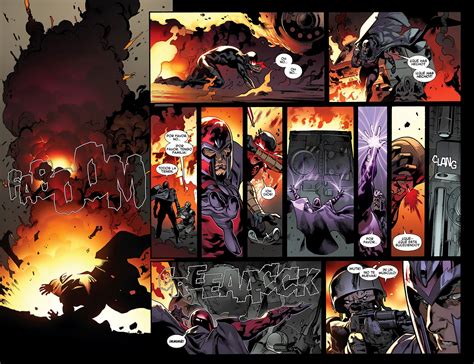 This issue of Incredible Hulk was popular enough to get a third printing, with a yellow cover to distinguish it from the original. As an ironic representation of everything that went wrong with 90scomics, Cable's mysterious backstory, endless pouches, giant guns, and bad attitude made him a cult favorite.

His first comic appearance, aided by the fact that he'll be on the big screen in Deadpool 2, is worth an average of around $160 today. Marvel didn't want to spoil the big reveal of their newest hero, so they kept the good stuff for the comic's second run.

At his start, Deadpool was nothing more than a lazy ripoff of DC's Death stroke, with none of the history, style, or charm. As time went on, however, Deadpool evolved into a character who became acutely aware of how ridiculous comics are as a creative medium, and took full advantage of everything illustrated heroes could offer.

Pair that with covers that look like obnoxious kids on their way to a rave and issues that often shipped many months apart, and you have a series destined for failure. It's the perfect combination: a cover by Todd McFarlane, a landmark publishing milestone, the first full appearance of Eddie Brock as Venom, and Spider-Man returning to his classic red-and-blue costume after a long time in the black suit.

In many ways, Amazing Spider-Man #300 was the turning point in Spider-Man's history, making it a book beloved not only for its value, but also its story. And while fancy metallic, holographic, and other gimmicky covers of the 90s arguably killed comic collecting, a rare few actually went up in value. 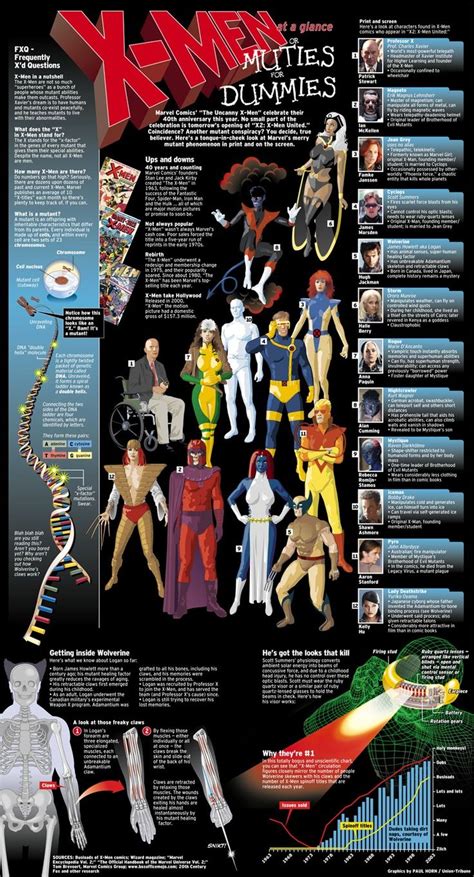 Published ten years after the original, and with a fancy chromium cover, ASM #300 was popular enough to warrant a reprint that was probably available at your local comic shop for a slightly premium price. Five years after making his villainous debut, Venom decided to do what every other comic character in the 90s was doing: become an edgy anti-hero.

But because this was the 90s, his heroic debut in Venom: Lethal Protector just had to come wrapped in a shiny red cover. Unfortunately for Marvel, their printers had a heck of a time getting all their fancy covers right, and the era is littered with printing errors.

To celebrate the line's 30th anniversary, the X-books all crossed over in an event called “Fatal Attractions,” which saw the team's first villain -- Magneto, the Master of Magnetism -- return with a vengeance. He secured his own hunk of land just outside Earth's atmosphere, crashing a kid's funeral and nearly killing X-Force's leader Cable in the process, and opened it up to any mutant who might be seeking sanctuary.

Following the departure of Chris Claremont and Jim Lee a few years earlier, the partnership of Scott Lob dell and Joe Madeira became a new high watermark for the franchise. The rest of the issue unfolds in Lob dell's often-used vignette structure, as Cannonball has a tense conversation with a dismissive Xavier and Jean relays a terrifying encounter with the mysterious Onslaught to Cyclops.

“Age of Apocalypse” used its dark setting to reimagine plenty of X-Men, including the usually optimistic Kitty Pride and Colossus. The team was tasked with picking up a component necessary to resetting the timeline and defeating Apocalypse: Colossus' sister Magic.

Just like the previous “Onslaught” prelude issue on this list, this one, which kicks off the 1994 event “Phalanx Covenant,” is another creepy installment in the Lob dell/Madeira partnership. By the end of the issue, Banshee realizes that he's surrounded with imposters, his only allies being the teenage Jubilee and two of the X-Men's captives, Emma Frost and Sabre tooth.

After a 30-year courtship, one with plenty of ups and downs, Cyclops and Jean Grey finally tied the knot in this event issue. The issue includes all the traditional wedding stuff, from the groom not knowing how to tie a Bowie to the first kiss, the tossing of the bouquet and the first dance.

After years spent scattered across the planet, with various temporary iterations of the team popping up in different configurations, all the X-Men -- all of them -- finally came home to a rebuilt X-Mansion in this issue. The team practices in an elaborate Danger Room scenario before rushing off to fight Magneto in a battle that spans international locations.

“Homecoming” (December 1997) Writer: Joe Kelly Penciled: Carlos Pacheco Inner: Art Tibet and John Dell Colorist: Liquid! The X-Mansion was scrubbed clean of all furniture and technology and the team was saddled with a trio of unlikely and unruly recruits (Marrow, Maggot and Dr. Reyes).

DP's first ongoing, launched in 1997, also gave him holdovers from the original “Wolverine” series, in the form of Landau, Luck man and Lake. Deadpool snarking on the Osborn boys' weird hair and Blind Al getting annoyed by Mary Jane's relentless peppiness are just two of the rich comedic set-ups used in this giant-sized issue. 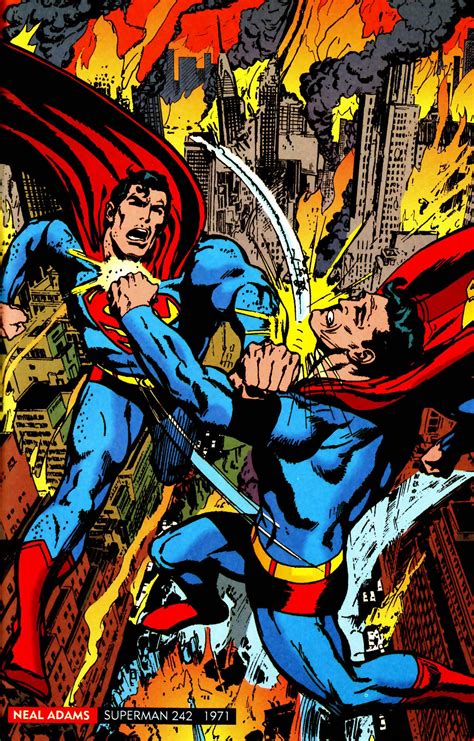 “Tough Love” (November 1992) Writer: Peter David Penciled: Joe Lee Inner: Al Milgram Colorist: Brad Vanuatu Letterer: Richard Starlings Editor: Kelly Corvée But the issue isn't just a slug fest, it's a tour de force of character work from Peter David as he bounces longtime X-players off of each other in interesting ways that harden back to their history while also remaining firmly planted in the present.

Kicking off with the team's relaunch in “X-Factor” #71, David took a group of B and C-list characters (Havoc, Polaris, Quicksilver, Wolfs bane, Strong Guy and Multiple Man) and made them a madcap unit of misfits that bickered and agonized like real people. Under David, the book became the most politically aware comic in X-Men history, as it juggled sharp satire and pop culture references in a totally irreverent, yet powerful, way.

“X-Factor” #87 is the culmination of a lot of David's work on the book, as his band of misfits undergoes therapy sessions following the harrowing events of “Executioner's Song.” The issue may be filled with talking heads, but David's way of getting into the unexplored psyches of these characters makes every page stand out. 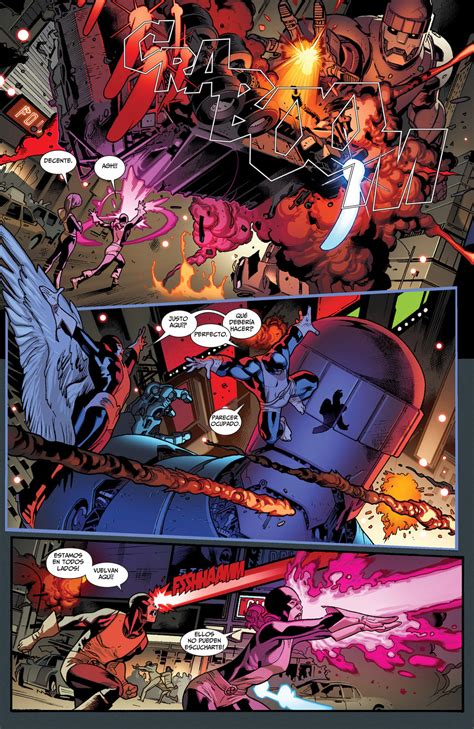 A lifelong obsession with comics led him to Wizard Magazine in 2008 and then to writing gigs for The Robot's Voice, Marvel.com, and MTV's Splash Page where he served as managing editor. Brett served as a writer and Assistant Editor for CBR from 2011 to 2017, where he wrote a lot about the X-Men, Foggy Nelson, and plenty of gay stuff.