You'd think that this type of question would yield many witty anecdotes from me... Oleg_Huzwog I'd guess the lack of metabolic activity means anything they eat just sits there; presumably they can't digest the stuff they eat of process and pass through waste. 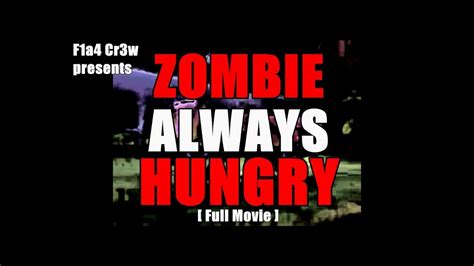 If we're talking the new breed of biological zombies then they're technically still alive, only infected, dunno what happened to their insides to make them so hungry, though... They have been reduced to their basest of instincts and only know how to eat and consume.

Mandarin I heard some airlines are considering charging zombies extra for all the other passengers they eat in flight :(But... they're reducing the amount of gas used by lessening the amount of passengers :o Conservation of mass FT :( It's their way of dealing with the insecurity of being zombies and not like normal humans. 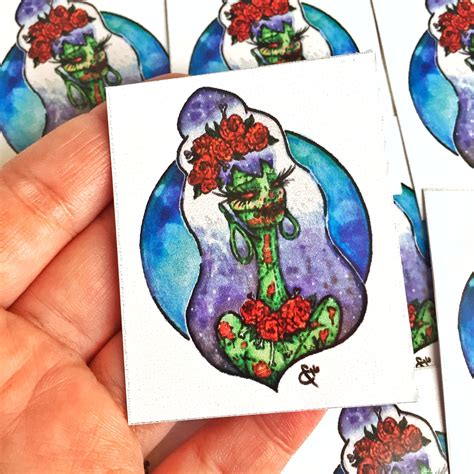 Perhaps one of their legs is actually a portal to a universe where masticated human flesh is a delicacy, and the “people” in this other reality are controlling the minds of the zombies. They have been reduced to their basest of instincts and only know how to eat and consume.

Well zombies branch are completely dead besides the instinct of feeding and walking, since the digestive track is completely useless, they will just keep eating until the explosion and even after that they will continue! Keeping dead limbs organs and brains.

In “full” function takes a lot of energy?.... It can't just sit in their belly as they'd eventually get to a point where it is physically impossible to stuff more in.

Perhaps it all just passes straight through the system with very little being absorbed by the body. Trouble with that theory is none of the zombie apocalypse films I've seen show the expected huge mounds of waste.

It can't just sit in their belly as they'd eventually get to a point where it is physically impossible to stuff more in. Perhaps it all just passes straight through the system with very little being absorbed by the body. 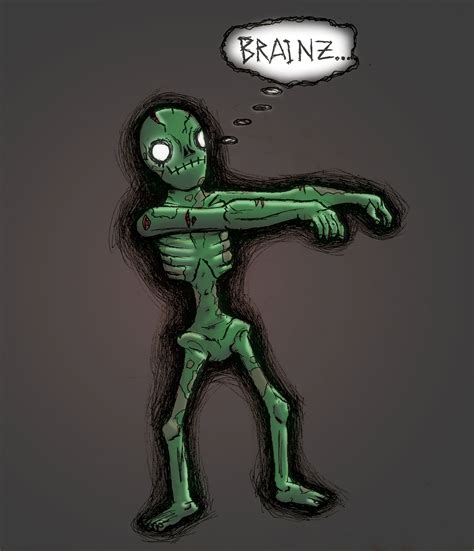 Only zombies allow us to dream of saving the world à la Mad Max, and remind us that most of the time, we're just shabby, mindless drones. Both are hot off the successful resurgence of zombies on the big screen that began with 28 Days Later and the Resident Evil series and continued with Shaun of the Dead, a remake of George Romero's Dawn of the Dead, and new movies from the master, Romero, himself.

In 2007, Matt Monk founded the Zombie Research Association with world-renowned neuroscientists and academics from Harvard. But even if you aren't a believer, the modern zombie is a metaphor for so many fears that it's just easier to call them real.

A discussion about the AIDS pandemic could clear a P. Diddy party, but if you talk about zombies, you've got the room.” In last month's Foreign Policy Magazine, Tufts professor Daniel W. Brenner wrote an article titled Night of the Living Wonk: Toward an International Relations Theory of Zombies : “If it is true that 'popular culture makes world politics what it currently is,' as a recent article in Politics argued, then the international relations community needs to think about armies of the undead in a more urgent matter ...

There are many varieties of realism, but all realists start with a common assumption: that anarchy is the overarching constraint of world politics.” In the early 20th century, when anthropologists still took voodoo seriously, it was thought that one could make a zombie with tetrodotoxin, the poison found in puffer fish.

Just slip it and some other mind-altering drugs into a person's coffee and then boom, they woke up from “the dead” crazy and mean, but also under your control, willing to perform any depraved act, including murder, on your behalf. By Halloween 1968, when George Romero showed The Night of the Living Dead to a rapt crowd in New York's West Village, zombies were caused by an errant space probe's radiation and were under nobody's control--just mobs of reanimated dead folks looking for the flesh of the living to chew on. 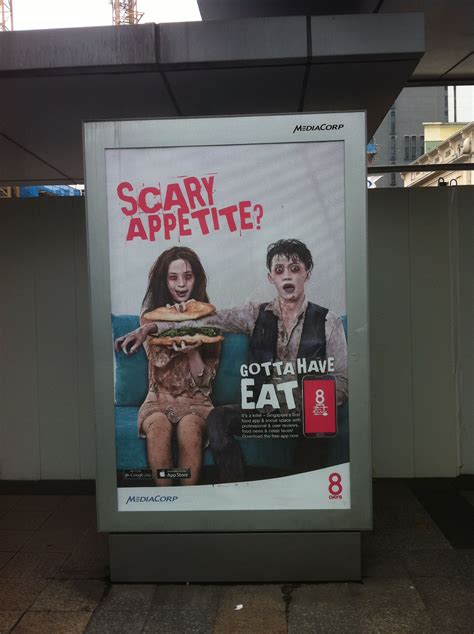 The Bay of Pigs and the Cold War's looming nuclear threat also added to Americans' fear of annihilation and enhanced the zombie's metaphorical meaning. These lumbering ghouls are everywhere, from Shaun of the Dead to Call of Duty, marching haphazardly across pop culture as an unstoppable tide of gray skin and yellow teeth, always hungry for the brains of the living.

The legend of the zombie is a lot older than the films of George A. Romero (or that song by The Cranberries) and though you could probably trace it back quite a way through some cultures, the most important myth to us is from Haiti. It was said that through the power of necromancy (somewhere, Sauron’s ears are pricking up), the mystical art of conjuring spirits, a Hunan priest could reanimate the bodies of the dead.

Throughout the 20th century, horror filmmakers began toying with the idea of the voodoo zombie, turning it into something much less controlled and orderly, and instead introducing the idea of a plague, the kind seen in Night of the Living Dead, 28 Days Later, and the Resident Evil games (which one of my colleagues wouldn’t let me write this article without mentioning!). The look of the Minifigures is different too; they mostly look like people, save for their sunken, pale eyes, and the slightest breaking down of their skin as these walking cadavers decompose.

As awful (in my opinion) as the film was, it’s interesting that in 2011 we briefly had a glimpse of a PRE- Hollywood zombie, and that LEGO were able to capture this in Minifigure form. I must admit, except for occasionally looking over friends’ shoulders at it, I’ve had virtually no contact with Minecraft, which is strange considering how similar it is in many respects to building with LEGO.

The exploding Creepers aren’t the only menace to watch out for at night, and LEGO reflected this right from the first wave of Minecraft sets in 2013 with 21105: The Village, which features an adorable Microfigure of a blue-clothed, green-skinned zombie with tiny, nonthreatening eyes. They became a little more threatening at full Minifigure height from 21113: The Cave the following year, where their blank, black eyes present a stark contrast to the chipper, detailed expression of the game’s protagonist Steve.

I'm a Zombie, and I'm always hungry for brains, come to Central Park tomorrow at 2 am and I will show you This means that they are fully dead, and the virus has made its way into the brain.

As a virus it's sole purpose is to procreate, which means killing humans and infecting the brains. Now inquiring about real things like entities and ghost might get some interesting answers.

Because they are brain-dead so the nervous system never sends a signal and the brain never receives it telling their body that they have eaten. Just off the top of my head, I say they have no idea of time passage and don't remember their last meal...