There can’t be too many of us who don’t know someone who’s a Mafia Wars addict or a Farmville fanatic, but for me Zyngapoker has always been the game that I can’t seem to stop coming back to time and again. After almost a decade of playing it, and with over half a million hands of experience to draw upon, I’m here to answer a few of the biggest questions about Zyngapoker that players are always asking. 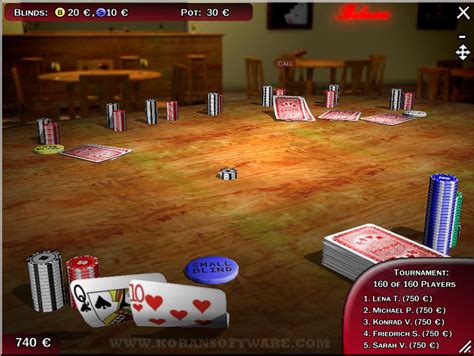 ZyngaPoker is the most popular play-money poker app online, and played by millions of people every Darin 2012 a former Zynga engineer claimed on Reddit that Zyngapokerhands were predetermined scenarios designed to build up excitement. The infamous ‘ Zynga Programmer’ eventually had his Reddit account suspended, although his comments have been preserved in numerous archives for anyone interested in what he had to say.

They issued a statement that the employee in question had been fired, and was merely attempting to damage the business of his former employers, a claim that he was quick to deny. Another ‘once-in-a-lifetime’ Royal Flush at ZyngaPoker With no real way to determine exactly what the truth is in the myriad of conflicting claims between Zynga and their former employee, I can only draw on my own personal experience of Zyngapoker, and it does overwhelmingly suggest that the card dealing algorithm used by Zynga is not truly random in the strictest sense of the word, although the winner of any hand almost certainly is.

The holy grail of poker is the royal flush, a ‘once-in-a-lifetime’ hand that is so incredibly rare that many real-money players will play for decades without ever getting one. Perhaps I’m just a lucky guy when it comes to Zyngapoker, as I was on one memorable occasion when I had two royal flushes on consecutive hands, at odds of just over 422 billion to one.

Ashley was probably fairly pleased with himself after selling about 40 billion chips and gaining $87,000 (£53,000), but Zynga were less happy and prosecuted the IT professional, who eventually received a two-year prison sentence in a British court under anti-hacking laws and was ordered to pay his illegal earnings back to the company. This ‘Black-Market’ in Zyngapoker chips is technically illegal and just by buying them you could theoretically be liable for prosecution by Zynga, although this has never happened to date.

The vast majority of people this has happened to usually find that they have been IP banned by Zynga too, which in my case at least would lead to severe bouts of withdrawal. Zyngapoker has one huge advantage over every other free, or play money poker game online, and that’s the excellent flash-player based interface that it uses.

The speed and professional layout of the Zyngapoker app is second to none, and for that reason alone I would recommend it to anyone who enjoys the thrill of poker but doesn’t want to put any real money on the table. Overall the shootout is a great option for newer players without a large amount of chips, it’s cheap to enter and if you can make it to the final table, you’ll find yourself playing against the most careful of opponents.

Some people asked the validity of Zyngapoker to which he explained that the cards ARE FIXED. I have read on internet forums devoted to the real game of poker where people who play ZyngaPoker notice some “odd” happenings.

The complete disregard by other players for odds, outs, hand selection, etc means you likely will pick up bad habits. Also, I believe from very limited amount of hands I played (was curious at skill level and potential of Zynga someday offering RM games) that the cards aren’t random.

I don’t want to turn this isn’t an online poker is rigged thread, but I don’t think it is that conspiratorial to think Zynga may not deal random games a) there is no money in Zynga. In span of 328 hands I saw (pretty easy when 90%+ of hands go to showdown and usually has 4+ players involved) 12 full houses, 22 flushes, 18 straights, 47 thee of a kind.

The rarity of Full House in a random deal means that fewer trials are required.” So unless we hear word directly from Zynga, I fear we will never know, and the most we can do is just play our hands and continue to hope for the best.

Official certification of our RNG to ensure fair dealing is just one of the many steps that we are taking to provide the best poker gameplay experience possible. Gaming Laboratories International, LLC or GI is the world’s leading independent testing, inspection and certification laboratory to the gaming industry, and has 21 locations spread across Africa, Asia, Australia, Europe, North America and South America.

As the world’s largest Online Poker game, dealing fairness has always been a top priority for ZyngaPoker. On occasion, we receive complaints from a small subset of players, typically after a losing streak, that the game is rigged and the results are controlled by the dealer.

Even though Zynga has never controlled the games’ outcomes, we take user feedback very seriously. To quell any doubts in the minds of the players, Zynga requested GI to independently verify the card dealing algorithms in the Zynga Poker RNG to be Random.

This certification is to assure players about Zynga’s commitment to game fairness. PLAY NOW Try your luck at the slot machine and earn free chips.

Be the envy of your opponents by earning and showing off prestigious ZyngaPoker Watches and Rings! Head over to your browser's official site to download the newest version.

Next we can use the numbers above to work out what the probability of being dealt AA, OK (or in fact any pair) is. This is a case of taking the total number of possible hands and then seeing how many of these are your pair.