Since then, players have been increasingly showcasing their creativity after they score, including in recent games leading up to the Super Bowl. But Michael Gervais, a high-performance sports psychologist in Marina del Rey, California, notes that while some players take them too far and earn their teams penalties, when smartly executed endzonedances can seriously up their games. 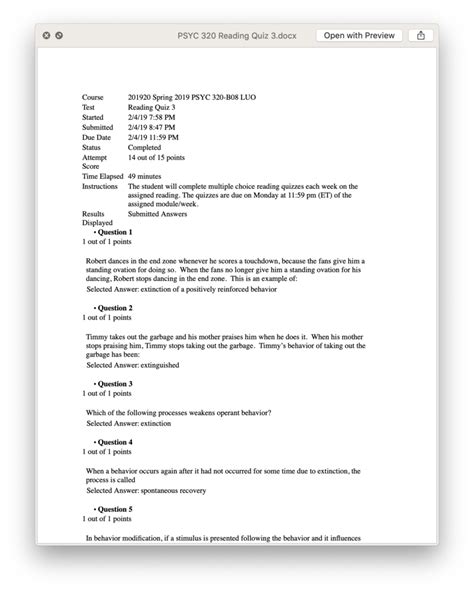 Organizing endzonedances requires mental rehearsal and forces players to imagine scoring. The first time Gervais noticed the psychology behind these performances was in 2002, when Terrell Owens of the San Francisco 49ers pulled a Sharpie out of his sock after earning his team six points, signed a ball, and threw it into the stands.

“These group dances are voluntary bonding exercises, and the more cohesive the team is, the higher its chances of success are,“ says Alex Dachas, mental conditioning consultant in Scottsdale, Arizona. Coach Pete Carroll’s team is riding a five-game winning streak and sitting atop the NFC West and in the No.

The touchdown came on a 60-yard bomb from quarterback Russell Wilson that gave Seattle a 27-17 lead in the final seconds of the third quarter. The celebration came straight from the music video for New Edition’s 1988 hit If It Isn’t Love.” Moore and company nailed the choreography, which synced up perfectly with the original version.

Brown added : “We knew we had to hurry up and do it real fast because it was going to take a while. Monday night wasn’t the first time Seattle’s hideouts employed boy band moves in the end zone.

Brown had left New Edition and had been replaced by Johnny Gill by the time “If It Isn’t Love” came out during the group’s New Jack Swing phase. As if he were reading a book, Kusch;y diagnoses Bruce Arians’ play call and forces a safety to narrow Tampa Bay’s lead to three points.

Known for his legendary film room workings, Muchly is often dubbed as the opponent’s offensive coordinator on defense. While Muchly’s big play narrowed the Buccaneers’ lead to three, his team struggled up to that point; after Tampa Bay since James Winston threw a touchdown pass to Chris Godwin late in the second quarter.

The linebackers defense has remained tough, but Cam Newton hasn’t been doing his Panthers any favors. In the coming days, President Donald Trump is likely to continue making direct comparisons between the death of Islamic State leader Abu Bakr al-Baghdadi and the killing of Osama bin Laden eight years ago.

When Trump announced Baghdadi’s death Sunday morning, he risked diminishing the significance of the victory by engaging in his classic hyperbole. There are plenty of differences between the two successful operations, not the least of which is how each commander in chief communicated the victory to the American people.

The contrast between Trump’s announcement and the address Obama delivered in 2011 illustrates the huge disparity between their characters, and their communication styles. If you recall, on the night President Obama announced the killing of Osama bin Laden, he framed the victory with the restraint and dignity befitting of American global leadership.

But the wisdom of showing restraint in victory has been championed among even the greatest and most ambitious of America’s military leaders dating back to Gen. Douglas MacArthur who once wrote, “Build me a son, O Lord … who will be proud and unbending in honest defeat, and humble and gentle in victory.” Trump may have also been unwise in sharing humiliating descriptions of Baghdadi’s final moments, considering that hundreds of ISIS soldiers have reportedly escaped prisons in northeast Syria when the Kurdish forces were busy defending themselves against attacks from Turkey in the wake of Trump’s abrupt decision to withdraw American forces.

President Obama, on the other hand, was quite intentional in showing restraint for fear of fueling jihadists’ thirst for vengeance. But the President would have been well served by displaying the same level of dignity and restraint Barack Obama showed following bin Laden’s death.

Na'Ty Rodgers of the Vipers dances off the field at the end of the first half during the regular season game against the Houston Roughnecks on Feb. 22 in Tampa, Florida. Jamal Murray of the Nuggets dances as he is introduced in his return from injury against the Trail Blazers on Feb. 4.

Become Hartman of the Chiefs dances before performing drills during the practice prior to Super Bowl LIV on Jan. 29 in Davie, Florida. The Raptors' guard Kyle Lowry dances on the bench against the Timberwolves during the game on Jan. 18, 2020 in Minneapolis.

Jamal Adams (33) of the Jets dances to stadium music before the game against the Bills on Dec. 29 in Orchard Park, New York. Defensive back Bradley McDougald of the Seahawks dances a jig during warm-ups before a game against the Cardinals on Dec. 22 in Seattle, Washington.

North Carolina A&T corner back Jason Bethe (33) dances with his teammates after beating Acorn State in the Celebration Bowl on Dec. 21 in Atlanta, GA. Tiger Woods of team USA walks towards his fans dancing after winning his singles match during the final round of The Presidents Cup on Dec. 15, in Melbourne, Australia.

2019 World Series Champions Washington Nationals players, from left to right, Juan Soto, Kurt Suzuki, Adrenal Cabrera, Max Scherzo and Gerardo Parr do the 'Baby Shark' dance during a celebration of their victory on the Truman Balcony of the White House on Nov. 4, in Washington. UCLA gymnast Katelyn Hash dances at the ESPN Women + Sports Summit on Oct. 22, in Newport Beach, Calif.

Temple corner back Linwood Rump (11) celebrates and dances with teammates after their 30-28 win over Memphis on Oct. 12, in Philadelphia. Microsoft may earn an Affiliate Commission if you purchase something through recommended links in this article.

Microsoft may earn an Affiliate Commission if you purchase something through recommended links in this article. Juan Morgan (16) of the Utah Jazz dances during the meet the team event on Oct. 4, in Salt Lake City.

Novak Djokovic, of Serbia, dances for fans after beating Roberto Tarballs Buena, of Spain, during the first round of the US Open tennis tournament on Aug. 26 in New York. Kevin Porter Jr. of the Cavaliers dances during a rookie photo shoot on Aug. 11 in Madison, N.J.

Members of the United States 4×200m freestyle relay team dance after receiving their gold medals at the Pan American Games on Aug. 9 in Lima, Peru. Sierra Schmidt dances on the pool deck before the start of the Women's 400 m Freestyle final during the Phillips 66 National Championships on Aug. 3 in Stanford, California.

The Chaos' Myles Jones dances after a Premier Lacrosse League game against the Whip snakes on July 27 in Commerce City, Colorado. Charleston Hughes of the Saskatchewan Rough riders does his sack dance during the game against the BC Lions on July 20, in Regina, Canada.

Lindsey Bonn, left, and Rob Minkowski, of the New England Patriots, dance while participating in a challenge at the Kids' Choice Sports Awards on July 11, in Santa Monica, California. Members of the USA Women's National Soccer Team stand in front of the 2019 FIFA World Cup Trophy and dance after the City Hall Ceremony in New York, on July 10.

The Nationals' Matt Adams, left, does a short dance with Victor Robles before a game against the Tigers on June 30 in Detroit. Samantha Lewis, Rose LaBelle and Emily Sonnet perform dance moves during the USA team pitch familiarization during the FIFA Women's World Cup on June 30 in Lyon, France. 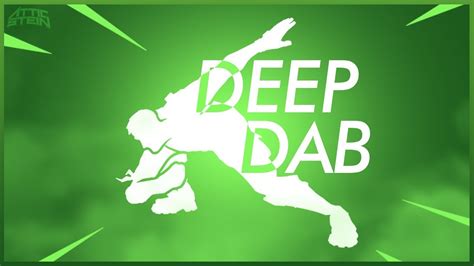 Crystal Dunn (center), flanked by her teammates, dances in the pitch during a training for the FIFA Women's World Cup in Lyon, on June 30. The Cardinals' third baseman Matt Carpenter dances in the dugout after hitting a solo home run off of the Marlins starting pitcher Eliezer Hernandez (not pictured) on June 17 in St. Louis, Missouri.

Alex Verdugo of the Dodgers dances around in the dugout before playing the Giants on June 17 in Los Angeles. The Warriors' Stephen Curry dances with young fans on court during introductions before a game against the Raptors on June 13 in Oakland, Calif.

The Browns' defensive end Myles Garrett dances during stretching at the team's football training facility in Bar, Ohio, on June 4. The Saints' running back Alvin Samara dances to loudspeaker music during a football practice in Metairie, Louisiana on May 23.

Matt Olson of the Athletics dances with Erickson Pro far before a game against the Tigers on May 19 in Detroit. Paul George and Terrance Ferguson, right, of the Thunder dance before the game on April 19 in Oklahoma City.

Hitting coach Tyler VanBurkleo of the Indians watches as Carlos Santana dances during batting practice prior to the game against the Blue Jays on April 4 in Cleveland, Ohio. Russell Westbrook of the Thunder dances while sitting on the bench before the game against the Pacers on March 14 in Indianapolis, Indiana.

Northern Kentucky guard TRE Cobb's (center) dances with his teammates to celebrate defeating Wright State 77-66 in the Horizon League tournament championship game on March 12, in Detroit. Bam Debate of the Heat dances during all-access practice on March 12 in Miami, Florida.

(Left to right) Tyler Lyon, Terra Craig and Jarred Vanderbilt of the Nuggets dance before the game against the Jazz on February 28 in Denver, Colorado. AFC’s Eric Enron dances during Pro Bowl NFL football practice, on Jan. 25 in Kissimmee. 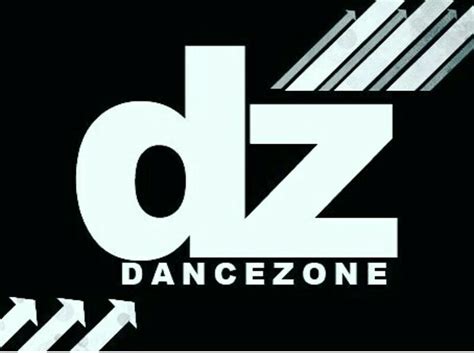 Mike Davis of the Seahawks dances in the end zone after a touchdown to take the lead against the Cowboys during the Wild Card Round on Jan. 5 in Arlington, Texas. David Joke of the Browns dances on the field prior to a game against the Ravens on Dec. 30 in Baltimore, Maryland.

Make a Wish recipient CJ Smith, right, dances with Rockets star James Harden before a game against the Wizards on Dec. 19 in Houston.