Best Interstate Highways In Us

“The Slab,” as the Interstate is referred to, is too boring, too flat, too straight, too filled with trucks and grandmothers to be of an interest to a driving enthusiast. The driving enthusiast is supposed to be out on the back roads, where a tree canopy shades an endless two-lane stretch of mountain vistas, challenging curves, streams, rivers and reservoirs, and tip-top asphalt the whole way. 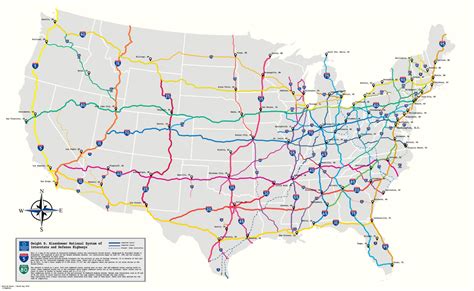 In reality, the back roads can often be in bad shape, boring and slow, the August sun overheating that rumbling school bus in front of you. Then right out of New York City, I-95 becomes the New Jersey Turnpike, a slab of road that lives up fully to expectations.

Expensive, crowded, poorly paved and littered with surly State Troopers, the Turnpike stinks. You breeze by Philly, get into Delaware and their 5-mile stretch of I-95 is set up for max profits: a huge-by-large mega rest stop, immediately followed by the most aggressive speed trap imaginable.

Miles pass by fast compared to the rest of I-95 and dinner is served in Woodstock, Ontario (Canada, eh), probably at the Finale Street Tap & Grill or the Charles Dickens Pub (open mic jam, every Saturday). Meanwhile, staff editor Aaron Brown has a thing for Interstate 10, a jaunty little dash from Los Angeles to Jacksonville, Florida, by way of Phoenix, Houston, and Mobile, Alabama.

The whole thing is 2,400 miles long, but you just need to focus on the run from Phoenix to El Paso, a fast (very fast) piece of road with decent desert views, a flat and straight all-out driving experience, and a nice I-Hop waiting for you in El Paso. Editor Mike Guy favors Interstate 94, which takes one from Billings, Montana to motor city, Detroit, Michigan.

Lawrence Ulrich phoned it in (let's face it, he's busy) by naming a pretty lame stretch of Interstate 78 on the eastern side of Pennsylvania near Button or Trussville, but frankly, having driven that road numerous times, I can tell you it's not much to write home, or here, about. It's lovely, with long sweeping turns and stunning views of valleys and mountaintops, and passes through no big cities at all. 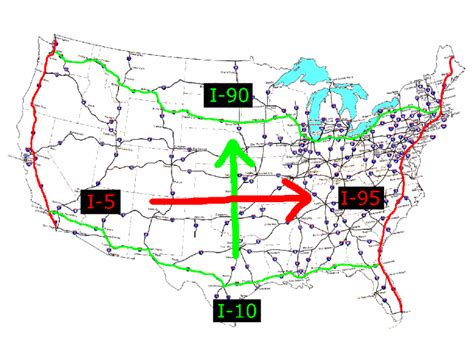 It wouldn't be fair to do this without soliciting the views and opinions of The Drive's valued readership, so now I'll invite you to sound off in the comments below. The Reason Foundation recently released its 20th Annual Report on the “Performance of State Highway Systems,” an annual review of which states are getting the best bang for their buck in terms of highway spending.

North Dakota's relatively low traffic volumes, modest congestion and good system condition, combined with relatively low expenditures, have consistently placed it in the top- performing states. With 10,607 miles under the state control, in 2009, Kansas moved up one position from 2008 to second in the overall performance ratings.

Although there were no number one ratings, Kansas had excellent performance scores across the board, especially in areas where there were many states tied for first. In 2009, Montana ranked fifth in the overall performance ratings, a slight decline from the second position in 2008. 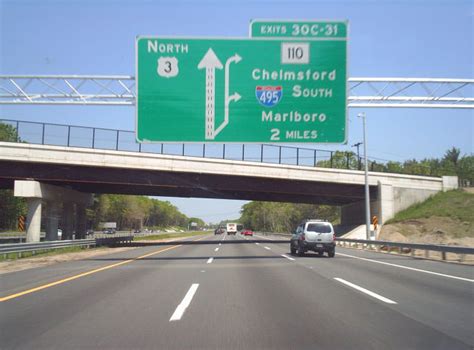 It achieved this performance while spending less than half the national average per highway mile. With 41,613 miles under state control, it is the fourth largest state-administered system in the country.

South Carolina has traditionally had a very thin budget relative to system size: for 2009, it ranked in the top five in all disbursement categories. With 8,895 miles under state control, South Dakota maintains its system in good condition despite spending about half the national per- mile average.

Despite increasing maintenance spending per mile (which in 2009 was 27 percent above the national average), Alaska's rural highways continue to report poor performance. The bottom line is that Rhode Island is spending two to three times the national per-mile average on its state road system, but its rural non- interstate roads, deficient bridges and urban congestion are not improving.

This improvement came following a significant increase (24 percent more than 2008) in per-mile highway expenditures, making total per-mile disbursements 4.7 times the national average. Despite these expenditures and the one point increase in overall standings, California remains in the bottom 10, where it has been since 2000.

New Jersey, with 3,333 miles of state highways, stands at 46th in the overall performance ratings in 2009, down one place from 2008. New Jersey spends 8.4 times the national per-mile average, but bests the national averages in just three categories: rural arterial mileage with narrow lanes (0 miles narrow), rural interstate mileage in poor condition (0 miles poor, a dramatic improvement over 2008) and fatality rate (30 percent below the national rate). 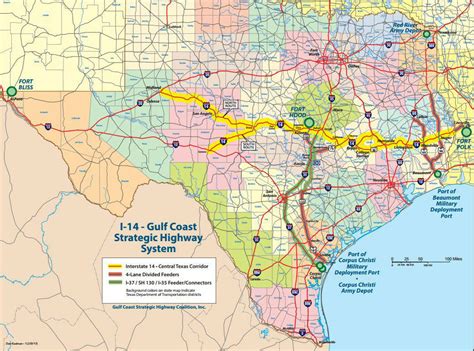 With 4,064 miles under state highway control, it is one of the smaller systems in the country. Despite its poor overall score, Connecticut performed well in several areas, besting the U.S. averages in rural interstate mileage in poor condition (0 miles poor), fatality rate (38 percent below the national rate) and rural arterial mileage with narrow lanes (91 percent below the national average).

Bottom line: Massachusetts is spending four to five times the national per-mile average but seems to be getting a relatively good system. In 2009 Minnesota's total per-mile disbursements were slightly less (11 percent) than the national average, but its mileage in poor condition (on urban and rural interstates and rural arterial) worsened considerably, with mileage in poor condition increasing 4.3, 5.7 and 0.6 percentage points, respectively.

Otherwise, only urban interstate congestion performance was worse (by 66 percent) than the national average. In 2009, Colorado saw a big drop (4.1 percentage points) in the condition of its rural interstates.

This poor condition mileage, coupled with a relatively high number of rural arterial miles with narrow lanes (32 percent above the U.S. average), are the main reasons Colorado ranked in the bottom 10 overall. Topping the list is the behemoth I-90, which takes drivers from Boston to Seattle, noting that it is the least busy of the cross-country highways (the others are I-10, I-40, I-70, and I-80).

At the bottom of the list is I-95, the often congested and featureless strip of asphalt that connects Miami to Houston, Maine. The second- best interstate is I-70, connecting Baltimore to Cove Fort, Utah; fifth best is I-80, from Tea neck, New Jersey, to San Francisco. 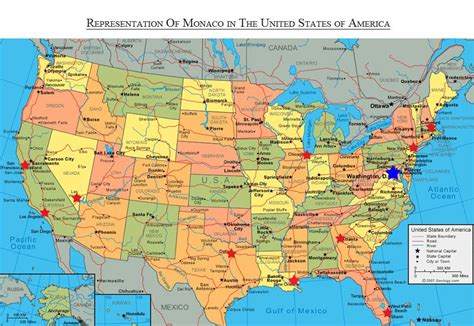 In recent years, Outside Online has reported on groundbreaking research linking time in nature to improved mental and physical health, and we’ve kept you informed about the unprecedented threats to America’s public lands. Our rigorous coverage helps spark important debates about wellness and travel and adventure, and it provides readers an accessible gateway to new outdoor passions.

Making a financial contribution to Outside Online only takes a few minutes and will ensure we can continue supplying the trailblazing, informative journalism that readers like you depend on.