This spoke to a part of me that I was always aware of but never sought to explore. The lyrics are very powerful and the song bleeds emotion. 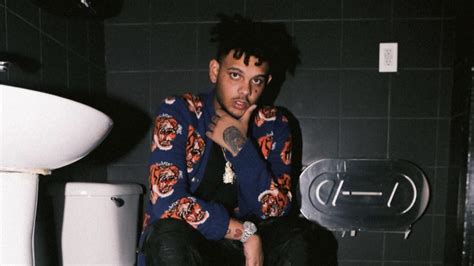 Honestly all of his songs are amazing, I love him, and I am voting for this because I just learned it was dedicated to his best friend who took her life. Brings in some deep lyrics and also has a wonderful beat.

This is literally my favorite song and I listen to it like 5 or 10 times every day. XXXTentacion, Long Live the Legend, Jansen Conroy.

I usually hate SoundCloud rappers, and I'm more into Alternative Hip Hop and Old School Rap, but this song is actually good.-DarkBoi- X I like this song and I just found out about it (My friend in Roblox told me about mentation) it's good.

3 Riot This song really makes you think, how both Blacks and Whites are equally racist to each other, and how African Americans sparking riots is hypocritical to their beliefs of equality and peace. Deserves 1. Listen how clean he raps and how fast and aggressive.

His music actually isn’t that bad and I like some of his songs but this was garbage. Eh, the lyrics are awful, but the beat is great.

Great beat lyrics are a big yike but everything else is good 7 Changes You can hear the emotion in his voice...well you can all his ballads...but this is his most relatable song for me.

9 King of the Dead Its very cool and its relaxing and also it is very concentrating while playing video games Perfect length, incredibly catchy, real emotion, and great lyricism.

This was his first song about the death of his friend OF, can really feel his emotion 14 The Remedy for a Broken Heart (Why Am I So in Love) Hit's me personally for reasons. 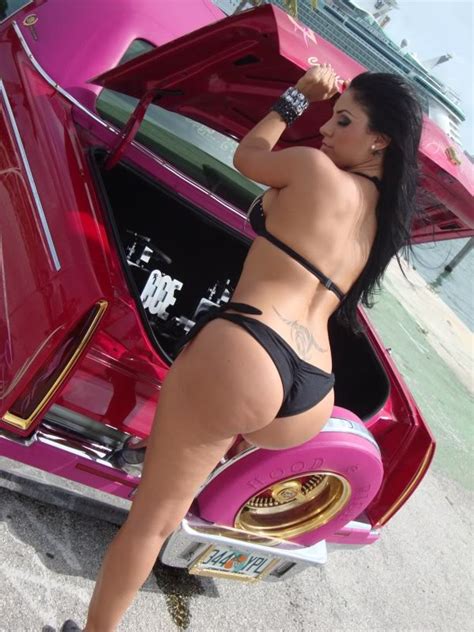 15 I Spoke to the Devil in Miami, He Said Everything Would Be Fine Easily his best song. Amazing instrumental with harrowing lyrics paint a vivid picture of what X was seeing.

An Ominous beat drapes over a scene of X making a deal with the devil which raises questions about his passing today. If you want a proper deep song, listen to this instead of the 17 album.

This deserves to be Top 3 due to emotion, if you’re just now listening to this know that he was only 17 when it came out. Was a pretty inconsistent album with a lot of rapid highs and lows, this song was easily one of the highs on the album.

The beat on this is so chill, and has Brooklyn vibes which is perfect with a joey feature This is my favorite song by him, his singing voice suited this type of music.

Even if its central metaphor has long since expired in the relevance department, this lead-off track from X's 1980 debut release, Los Angeles, reigns supreme as one of punk rock's all-time scorchers. Built sturdily on a wonderful, buzzing guitar riff from rockabilly-trained guitarist Billy Zoom, the song directs biting anger toward its deadbeat target. 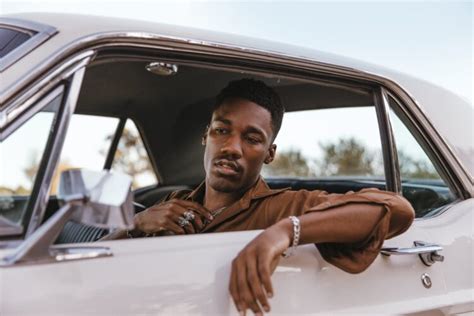 Such a first-person kiss-off works perfectly for Even Fervent's lead vocals, and immediately the harmonies between her and fellow leader/bassist John Doe establish a raw, off-balance trademark that would fuel the band's sound for years to come. X's energetic brand of punk rock was unflinching in its critical take on the Los Angeles underbelly, and such naturalistic subject blends seamlessly with the direct, stream-of-consciousness lyrical style of Doe and Fervent.

X's well-known title track from its debut is all alienation, communicating pain, confusion, and frustration consistently throughout Doe and Fervent's shared lead vocals and, of course, when they trot out their strange but affecting harmonies. And even though the lyrics serve as little more than instruments of that bleak tone, the portrait of an individual driven out of her beloved city by a persistent sense of hopelessness and helplessness commands the listener's attention if only for its intensity.

This jittery track with a machine gun rhythm from X's sophomore release loses none of the momentum built just a year earlier through the band's auspicious debut. It's one of many titles in the X catalog that essentially coins a major punk rock catchphrase, as “desperation” is probably the most appropriate word that can be applied to the group's typical choice of subject.

But the contributions of Bone brake's charging drum rolls and the unique, propulsive sound created by Zoom's left-hand, sliding flourish throughout the track take the performance to another level entirely. This Otis Blackwell chestnut, perhaps most famously a huge hit for Jerry Lee Lewis in 1958, both showcases X's eclectic influences and interests as well as breathes new life into an old classic.

X goes somewhat dreamy in this slowly building meditation on contemporary confusion, even taking a moment to wax reflexively poetic about the punk scene with a wry bout of genre name-dropping. Your go-to sex playlists might already be filled with sensual R&B hits from yesteryear like the undeniably timeless “Pony” by Genuine and legendary '90s ballad “I’ll Make Love To You” by Boy II Men. 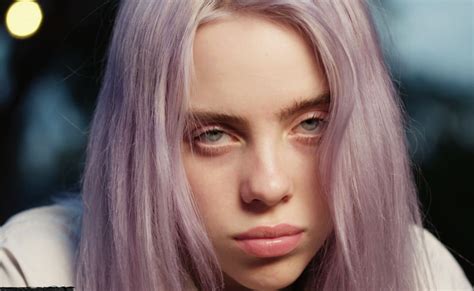 And while these songs certainly deserve their place in your collection, we'd like to suggest adding some cool, unexpected tunes into the mix. Look no further for slinky guitars, plenty of breathy vocals, and of course, ambient indie pop.

This 40-song musical epic is the sex playlist you’ve all been waiting for but didn’t even know you needed. Close your eyes and enjoy this sweet, sweet cover of Donnie & Joe Emerson’s 1979 psych rock hit.

Sometimes you just need a little 90s alternative rock to set the mood. We’re considering this indie because it’s off of The Weekend’s OG mixtape, House of Balloons, and it’s the epitome of sexy.

The thought of making Alex Turner “completely crumble” is enough reason to listen. A larger than life expression of love, lust, and animalistic pleasure.

(Fact: The namesake acronym stands for “my Angus please stay.” Swoon.) The idea of getting lost (physically or mentally) is overly romanticized, but this collaborative track is totally underrated.

There’s something so sensual about the Montreal-based musician, Peter Sugar’s hypnotic use of synths. This sultry song is off of Blood Orange’s album Cupid Deluxe.

Arch Marshall’s swooning vocals flicker in and out like a candle’s flame in this intimate ballad. We’re a little in love with this Like Li song.

Kelly Outran’s wispy vocals could add a bit of sweetness to any scene. You can thank Ezra Koenig's light, silky voice for making this song so hot.

That slow, persistent rhythm doesn't hurt, either. The mysterious songwriter gets two mentions here, because if all else fails you can just press play on his entire discography.

The duo earned mainstream recognition with this dance floor hit, that just so happens to also work well in the bedroom. It’s time to make yourself familiar with this little-known song off The 1975’s EP, IV.

Erika de Casier blends Aaliyah-like vocals with soft glitchy undertones to take the angelic “Little” a step past the analog age, even with its clear early '00s soft pop influences. “Bouncing” starts off sweetly enough: a flurry of haunting coos that are quickly interrupted by a loud bass drum thud and an unnerving static guitar reverb.

But Nick Hakim maintains the song’s initial softness with his own ethereal vocals that guide the track’s general psychedelic chaos. It’s a bit heady, but there’s a bedroom appeal to the woozy insanity. 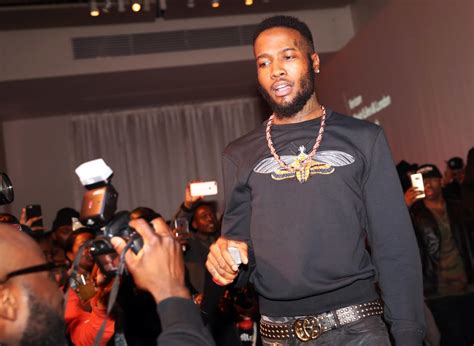 Empress Of slips in and out of Spanish as she convincingly pleas for trust and intimacy over a bed of pop perfection. Torah’s declaration of “all I want is you” is so casual, it seems to just barely separate itself from the whirling synth around it.

This piano ballad is a feat in sincerity that is only made possible via Ravenna’s convincingly euphoric high notes and bone-chillingly beautiful falsetto. The closing track on Too y Moi’s 2019 Soul Trash is set like a sweet little post-dinner mint.

Chat Bud nick steps away from the rest of the album’s more house-adjacent tracks, and instead ends with a smooth sailing acoustic outro. “Precious Possession” finds Anna Wise alarmingly available, playfully leaning into the idea of ownership in partnership.

“Will you call me your girlfriend?” she asks coyly, almost jokingly, while still delivering a flawless R&B track that stands on its own. “Smoke (Remix)” has the nonchalant air of an interlude on a classic album, but it luckily doesn’t stop itself after the first thirty seconds.

Instead, it goes on for nearly five full minutes as it blends together the holy trinity of kaleidoscope artists, each uniquely suave and vibrant in their own genre-defiant right. With the perfect mix of shit-talking and seduction, Aura’s “Pull Up” is a slinky declaration of confidence. 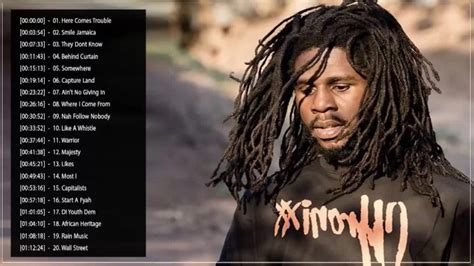 At the pinnacle of Tumblr’s effectiveness as a music discovery platform came Spooky Black, a viral teenage sensation for those who were very online. Much of the surrounding spectacle had to do with the Midwest teenager’s ability to make beautiful lo-fi love music that sounded like it came from someone twice his age.

“Plastic” is a satisfyingly clean, Y2k-infused pop track that comes with a heightened sense of self. Tiff Area invokes the certain melancholia that comes with the bubblegum-pink life of sugar daddies and barbies, deftly painting the realities of the sex life of a 20-something in New York.

Stream all the songs in the playlist below and make sure to follow Harper's BAZAAR on Spotify. This content is created and maintained by a third party, and imported onto this page to help users provide their email addresses.