You can also use it to keep track of your completed quests, recipes, mounts, companion pets, and titles! Just wondering which starting zone people find most enjoyable.

For me its Lynn just for the nostalgia feels, and it's always been a pleasant zone The Patient Death Knight starting area.

Owner of ONEAzerothTV Tanking, Blood DK Mythic+ Hugging, Soloing and WoW Challenges alongside other discussions about all things in World of Warcraft ONEAzerothTV Take a break from politics once in a while, it's good for you.

Titan Trial Glades, Evensong Woods, Scarlet Enclave (DK starting zone) and Giles are all on top of my list. Honorable mention to Teldrassil for feeling so magical, to bad that I don't like night elves that much in WoW.

“Do not lose time on daily trivialities. For all of these things melt away and drift apart within the obscure traffic of time.

Now is the envy of all the dead.” ~ Emily 3, World of Tomorrow Originally Posted by Wells Mechanize I like Giles because of it's nicely done atmosphere and style. 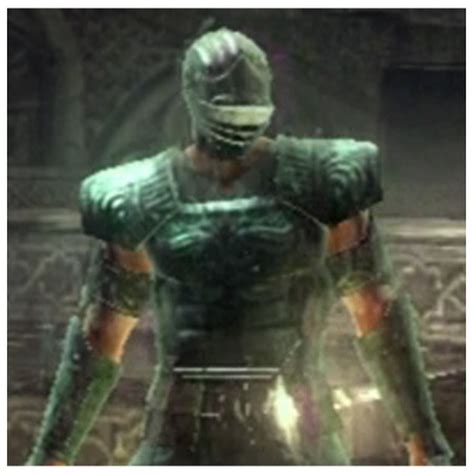 And yeah, of, Wandering isle is nice and should have been taken for more inspiring into the making of Mandarin. The NE one is also very nostalgic as my first character was a night elf, same with Evensong woods, as it takes me back to the start of BC and my main have been BE for long... Oh, my... can't forget my LV 60 main that was Lauren War... takes me back to Kilgore, I love Kilgore because I love the plains and the relaxing environment.

Together, we're going to punch these guys so hard, words describing the impact are gonna spontaneously materialize out of thin air.” Just wondering which starting zone people find most enjoyable.

For me its Lynn just for the nostalgia feels, and it's always been a PEASANT zone 2. night elf, old stool 3. Old undead 4. Goblin rest is invalid.

That starting zone is the epitome of feces, it's literally nothing but fetch quests where the beelines are across the same river over and over, devoid of skill, mailbox, or item access unless you completely abandon the leveling path, to the degree it takes 6 hours to reach level 10, because they know they wouldn't have mounts and they diarrhea'd all over that as hard as possible as some sick experiment on humanity. Mechanize Dun Borough and Evensong Woods.

I hate Blood Elves, but I loved Evensong Woods.and Ghost lands even more. Blade master But the music tho... All starting zones are boring as all hell specially because your character only has one button to press and if you do it with no looms you take quite a few seconds on every mob.

So the only thing enjoyable about starting areas (except for the new ones, from data onwards) is the music. And I guess the storyline if you complete bloodiest is quite worth it Self is also very good story wise.

They both did a good job introducing the races to their factions, too bad that it seems weird right now that they have been in the game for so long. Death knights starting off in The Eton Hold in an instance version of the Eastern Plague lands or for allied races and Andean at the Frozen Throne.

All starting areas are protected by Elite guards 5 levels above the current level cap, though quest givers in starting areas are not flagged for PVP and may not be killed by enemy players, even on PVP servers. New player characters may still be killed, however, but the extremely powerful guards make sure the enemies do not stay long.

This thread might be a help if you're looking for fastest leveling just so you can get to the Dungeon Finder. Undead for Horde had very little in the way of collection quests to start with and the zombies and crap right outside the gate and the starting crypt respawn pretty quickly if you just want to do a little extra slaughtering to gain XP before turning in the quests for XP. 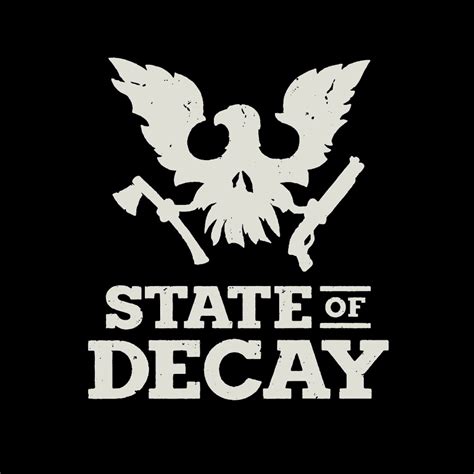 There's also not much in the way of running all over the place, which is not the case for pretty much any of the other races. Goblins have that whole starter quest line that you have to complete before you can even get out of the newbie zone, so that's going to probably be a pass.

Member For the Horde, Trolls were a bit annoying... at least in the very early levels. The very early quests were essentially do the same thing, but in different areas because I had both Warlocks and Druids.

The release is shared credit, but you need to talk to the NPC as well for the quest to complete. It spawns almost at the bridge and runs about pretty quickly.

If you go deeper onto the island (further from the bridge, where it spawns), the quest fails because the Raptor escapes after you've had it for a short while. Basically took twenty-five minutes to get five tools across the bridge.

Rated Arena Member Human for alliance and Undead for horde are my favorite. BE is the worst in my opinion, lots of collection quests, and they haven't modified them for group looting yet so back to the old days of doing collection quests 4-5 times. 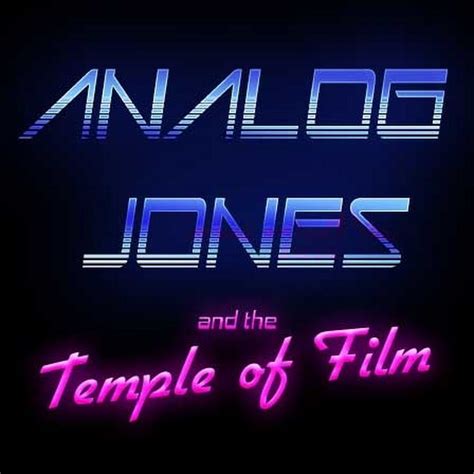 With RAF, I just go to the dead scar with all the bellies and farm them until level 10 then GTFO. Lauren is... well that zone is huge and spread out, and running around sucks.

Member I really love human took me 2 hours to get to 15 loved it, Unlike dam Panda I'm 15 and with 3 and half hours played and still cant leave the zone due to the gay quests Member The goblin has the worst zone for multi boxers IMO. It took me a few hours or more to get the hell off that island.

Rated Arena Member who tricked me into starting level 1-10 for undead lol. The quest where an undead NPC following to pick scarlet crusade bodies is horrible.

As mentioned before, these abilities can be seen as highly situational, so the final decision should rest with you on which race appeals to your best ! It's important to note that of all the races, the Night Elf boasts the highest base agility.

The best races to pick for a Hunter for Eve to consider are the Night Elf for the increase to dodge, and the ability to shadow meld and stay out of danger. Trolls are also a great pick as beast slaying and bow specialization to increase their viability when fighting certain enemies. 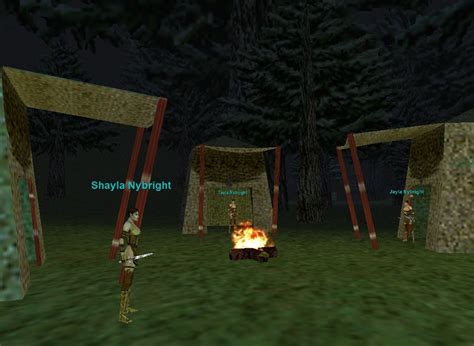 The best races to pick for a Hunter for PVP are usually the Dwarf for the Stone form ability to remove bleeding, poison and disease, making them more viable against other melee classes. A Lauren's War Stomp and increased health is generally seen as better defensive perks than offensive, since a Hunter is usually at their best when at range and not taking damage.

Meanwhile, Undead are usually regarded as a better PVP choice due to the Will of the Forsaken, which lets them get the edge on Priests and Warlocks. Humans are generally seen as a great pick for both Eve and PVP, as their increased sword and mace skill is great for increasing hit chance for leveling and grinding, while Perception can give them an easier time locking down Rogues.

Meanwhile, Dwarves ability to cure poison, bleed, and curses can be a big help in PVP, but they won't be able to make use of their gun skill at all. For Alliance, Dwarves are generally regarded as the best picks due in part to Fear Ward being incredibly useful both for raiding and even in PVP encounters alongside Stone form and Desperate Prayer.

Trolls have a lot of utility with their priest spells for weakening enemies, on top of their beast slaying and Breaking, while Undead's Will of the Forsaken can help immensely in PVP in addition to their Priest spells to deal tons of damage and weaken attackers. Gnomes are generally seen as the weaker pick as Intellect does little and the only boon they get is Escape Artist (and a Rogue can get Improved Sprint instead).

Orcs can combine their Blood Fury trait to boost their damage output for finishers, and Hardiness lets them endure stuns from other Rogues and Warriors better. Orcs are also a good pick for PvP-centric Shamans due to their Blood Fury to boost alongside their burst spell damage at close range, and the ability to resist stuns from other classes, while Axe Specialization ensure more attacks landing. 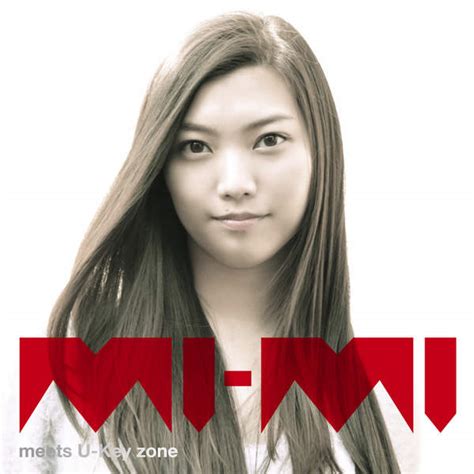 Finally, Lauren are still good picks but not nearly as exciting, with increased health helping for a low-armored class, and War Stomp to stun enemies while the Earth bind Totems kick in. Like mages, Gnomes are seen as the more practical pick for Alliance Warlocks, due to their increase intellect for better stats, and Escape Artist helping in PVP, while the Humans Perception is a bit more limited.