While the game spares no expense in making you look and feel as badass as possible, pulling off all those sweet action-packed moments comes at the price of high difficulty. With volatile enemies at almost every corner and an unforgiving landscape where there is an ambush that awaits you, The Surge 2 can be a very tough nut to crack, especially if you’re going about its mechanics the wrong way. 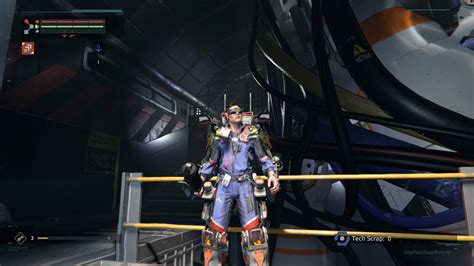 For this guide for The Surge 2, we’re taking a look at a comprehensive list of all the best weapons, armor, and other gear found in the game. Take note that all of these items can be obtained after the Matriarch Celeste fight (check out a guide for that here) and before your final excursion into AID Command.

The true power of the Centaur set lies in this bonus, as it encourages players to play aggressively and always come out on top due to the sheer amount of damage you deal. The effect works on cross combo hits, meaning that with faster weapons such as Double-Duty, Spears, or Twin-rigged and Punching Gloves you’ll always have the bonus fully stacked.

Works best for large groups of enemies, as there are tons of weapons that have ground slam attacks in their combos. The bonus works with any weapon regardless of element, and is great to use in tandem with the Starfish to constantly apply stuns on enemies.

As a Goliath Class set it’s noticeably beefier in terms of defense, coming at a cost to stamina consumption. If you are in possession of any ‘Code name’ CREW weapons and are planning on using one for the rest of the game, then this is the perfect set to go with it.

Great against humanoid bosses due to the added attack speed and impact. If you do, you’re rewarded with the safest armor set that provides decent bonuses to your health, regeneration and healing, all worthwhile aspects once you get to the more unforgiving parts of the game. 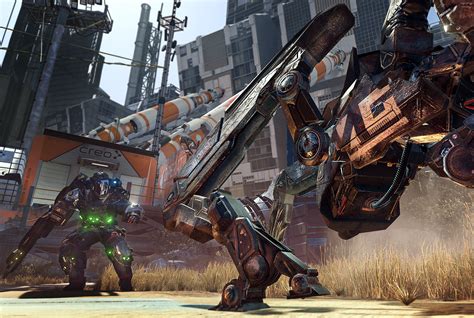 With The Surge 2’s combat highly-reliant on proper blocking and deflection, any bonus that allows you to perform these actions better are always welcomed. With this you also have a bigger fail safe when it comes to partially blocked directional attacks (yellow), allowing you to take more impact damage before staggering completely.

It’s also marked by a magnetic lock above it which you can destroy with the Starfish in order to bring the next scanner gate offline. There’s a small opening in a wall on the far side of the room, which is normally guarded by an AID soldier.

Entering the gate will lead you back outside to the street overlook, where a lone AID guard stands waiting. Though this set is light and offers low defenses, it consumes only a small amount of power and will increase your attack speed.

The Proteus armor set in The Surge gives you passive health regeneration. Wearing a full set of Proteus gear grants passive health regeneration and increases the amount of all healing effects. Taken from the terminator robots you find in the fourth level, Research and Development, this set of armor is excellent for those who are happy waiting for their health to regenerate instead of using precious injectables.

This gives the same effect and defense values as the Proteus armor, the only difference are the cosmetics. To find the Bloodied Proteus armor you must have cleared the Research and Development area for the first time.

Wearing a full set of MG Cerberus gear grants increased defenses when at high level of energy. The main roller door in the lobby can be accessed, granting you a path to where you may have fought the Clan near the vending machines.

Proceed through the main roller door, and you will find a single Scarab-armored enemy near the vending machines. The Elite Hazard set adds toxic gas to your drone. Wearing a full set of Elite Hazard gear alters the effect of your drone’s Emergency Coolant Vent ability, causing it to instead vent a cloud of toxic gas.

Collecting a complete armor set in The Surge can be a tedious task, especially when facing some harder enemies such as the CREW Security guards. Pick a set that bests matches your play style to increase your combat efficiency. 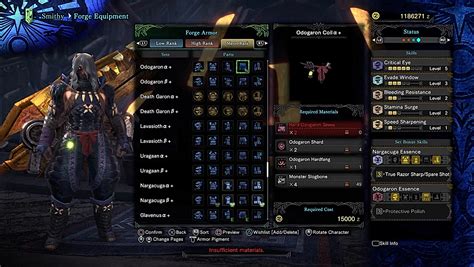 If you read this guide, you should now know all complete armor sets in the Surge, and what bonus effect they give when worn together. You can reach Sam through Twitter, @SamuelChandler, or through his email, sam.chandler@allgamers.com, at any time of the day or night on either side of the globe.

Currently, going with the Gorgon set, which seems pretty solid but damn, that helmet is so ugly! The Lynx Exotic, which can be found on the left as you enter Registration at the start of the game, is all about moving quickly and staying agile.

So, if you enjoy dodging enemy attacks and being able to move around quickly, then the Lynx Exotic could be the best fit for your play style. Movement speed, attack power, and stamina usage are the biggest differences that we’ve noticed in our testing of the two Exotics.

Unfortunately, we haven’t managed to find any actual stats' information about the two, so these seem to be the only things that really matter when it comes to your decision on which rig you want to take. Now that you know a little more about the two Exotics available at the start of the game, be sure to head back over to our The Surge guide for more helpful articles like how to farm crafting materials, how to find more Schematics, and even a guide on how to find your Power Core and activate your Exotic's full potential.