We’ve earned plenty of wins and are pretty confident that we have the best loadout for War zone to help you secure your first W, no matter how you prefer to play. The DMR 14’s incredible damage output, coupled with the low amounts of recoil make it a dangerous weapon in the right hands.

Avoid close range fights and instead stick to picking off enemies from medium to long distances. By selecting the correct attachments to reduce recoil and increase the weapon’s rate of fire, the DMR 14 can become a nightmare to deal with.

War zone Season 1 has introduced a number of powerful loadouts to try out, but the DMR 14 and Diamante combo may be the best of the bunch. When your fights start to get up close and personal, simply switch to the akimbo Diamante pistols to wreak havoc on groups of enemies.

Another lethal combination of weapons introduced in War zone Season 1, the Rig 6 and Mac-10 loadout gives you the tools to shred through enemies. You may have some trouble taking on enemies from a distance, however, this loadout specializes in close quarters combat, so try to play to its strengths.

These War zone Season 6 goodies make a surprisingly good pairing, with the AS VAL offering frightening power up close with some flexibility for mid-range combat, and the SP-R 208 dishing out plenty of damage for longer range engagements. This isn’t the bestWarzone loadout for extreme distances, but as most fights in War zone happen in mid-range, you’ll find both of these weapons more than capable of getting the job done.

There’s nothing exceptional about our War zone Kilo 141 loadout, but its ability to get the job done in practically any situation makes it one of the most reliable weapons in the game. Our build is pretty typical for a War zone assault rifle, and boosts the range, magazine size, and accuracy to ensure you can use this in plenty of long-distance battles. 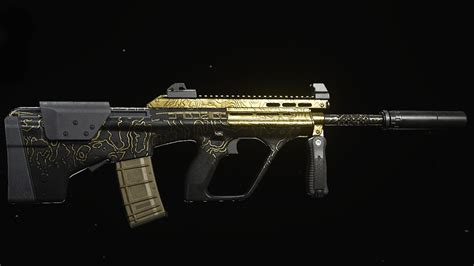 Monolithic Suppressor Shinguard Arms 19.8 Prowler ELK 3.0x Optic 50 Round Mags Commando Foregrip This shotgun has recently entered the close-quarters meta in a big way and is now the strongest option for clearing rooms, especially in trio or squad games.

As for perks, we believe Tracker, Overkill (which you’ll swap out for Ghost when you grab your second loadout), and Cold-Blooded should be your picks. Tracker compliments the Origin 12 wonderfully now, while Cold-Blooded no longer triggers High Alert making life out in the open a little safer.

With the right attachments it even behaves more like an assault rifle, so no arduous aim down sight times or reload animations. You’ll see this loadout mentioned again and again, but that’s because this MP5 is still arguably the best close-quarters option in the game, capable of taking down any threat in a blink of an eye.

This is pretty much our default equipment and perk setup, but it’s always worth mentioning that you should have a Ghost class ready to change to as soon as you can grab your second loadout. We have Amped selected here instead of Tracker as swapping to and from an LEG can take a long time and this can genuinely save you in tense situations.

As for the MP5, reload speed can be an issue, especially if you’ve only got 45 rounds in a mag, so it’s sometimes worth swapping out the Stippled Grip Tape or TAC Laser for Sleight of Hand. Our bestWarzone loadout draws from our Gray War zone class setup, but pairs it with a close range weapon, so you’re equipped to deal with any situation. 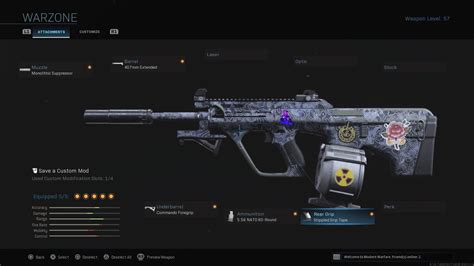 The attachments should make this feel extra mobile for when you’re sprinting around Downtown or Hospital hunting down kills, while the SMG’s raw DPS means you’ll win any fight so long as you can land your hits. For your first perk we suggest is EOD, which will stop you being one-shot by an RPG and generally help you sustain explosive damage.

There’s nothing worse in War zone than running into a random mine or someone firing an RPG through your window and going down instantly. The third perk is generally up to you, but we love Tracker as it’s very powerful for hunting down stragglers after a squad fight.

It may lack in bullet velocity, damage range, and mag size, but if you need to clear a building then the Fennec is the best option. In terms of attachments, you really want to gear this towards fast aim down sights times as this is the main reason to choose the AX-50 over the HDR.

We’ve also included the weapon perk Fully Loaded as sniper ammo can be hard to come by if you’re stalking through woodlands. However, the AX-50 has a much, much faster cycle rate and improved ADS times, making it the better option for prolonged sniper battles and aggressive players.

The mobility and magazine size of the MP7 makes it great for securing any gains, and perks like Tracker will ensure no enemies escape the fray. The combination of Heartbeat Sensor, Tracker, and C4 means you’ll have an easy time locating enemies and hunting them down without necessarily exposing yourself. 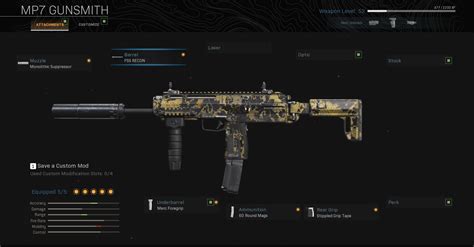 We realize Ghost is an essential perk in War zone, so make sure you grab that off a second loadout drop. It’s also worth considering having an identical loadout setup with Fully Loaded on both weapons in case you drop in late and want to be stocked up on ammo.

You’ll want another War zone loadout with Ghost as the second perk, so you can grab that near the endgame and avoid those UAVs, if only to swap back to these weapons. Not only does the M13 dominate at medium range thanks to its minimal recoil and high rate of fire, but it’s also very capable of winning fights in close-quarters battles.

While this marksman rifle was initially only favored for flashy plays, it’s now being used much more in War zone thanks to its very fast aim down sight speed. A new buff has increased the bullet velocity, too, making it much easier to land shots over long distances.

Sniper Scope TAC Laser Shinguard Custom 27.6 FTA Sport Comb Stippled Grip Tape Equipment, as ever, should include the C4 and Heartbeat Sensor as this combination is great for intel and aggressively pushing enemies who are holding a strong position. 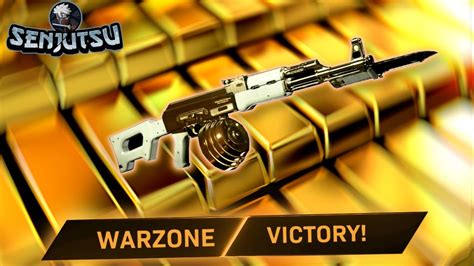 Pistols don’t tend to do well in War zone because of the very long distances, they also lack the DPS output to serve as decent close-quarters guns. The clutch potential of the Akimbo Menotti War zone build mixed with ASKS’ versatility is a beautiful and distinct combo.

You’ll definitely need Amped for this loadout as it increases you weapon swap and ready time, making the RPG-7 much easier to use. The FAR 1 is a super fast-firing assault rifle which can output a great deal of damage when in the right hands.

Of course, like with any fast-firing rifle, you’ll need to get good at aiming this thing at long-ranged targets, but once you do, the FAR 1 will completely ruin the enemy’s day. Remember, it’s kitted out for War zone here, hence the extended mags and long barrel, as well as the suppressor to keep you from alerting enemies on their radar.

With the super-speedy fire rate of the FAR 1, you’ll boast a strong time-to-kill if you’re hitting all your shots, but this becomes much harder at longer ranges. If you do this, I’d recommend the Airborne Elastic Wrap, as it helps you snap onto targets faster when walking and reduces flinch, which is extremely important in War zone when your recoil is already pretty high.

The 21.2” Ranger barrel increases your bullet velocity, which is pretty vital for all Assault Rifles in War zone, particularly the ones transferred over from Cold War. The largest mag possible is what we’re after here though, since it takes quite a few shots to kill and if you’re up against enemies with a lot of armor, you’ll need all the bullets you can spray to finish them off. 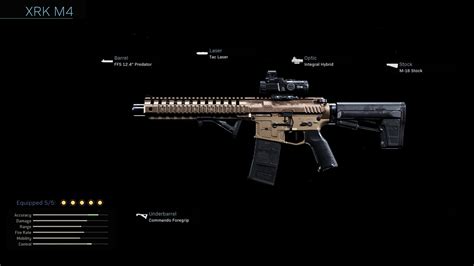 Finally, we’re going for the Agency Suppressor to keep you off the minimal, and the Field Agent Grip which will reduce your recoil to a more manageable level. It really depends on your style of play, so pick up a couple decent guns and adjust to how your current game is going.

If this isn’t usually a problem for you, then feel free to try Double Time for a more run-and-gun FAR start, or Cold-Blooded to avoid pesky thermal snipers. Amped is a great choice for a third perk, since you’ll be changing weapons more often than you expect in War zone.

If you have a sniper and want to quickly swap and follow up with the FAR, Amped will make this lightning-fast and far easier to succeed with.