As you can see above, when upgraded to Mythical status the Vain's Axe can hold its own against many of the mid to late game weapons. With the ability to launch fast, quick hit-and-run attacks, this short range dagger is perfect for taking on multiple enemies at once.

Despite having already impressive mobility, when coupled with the Brush With Death skill (Raven), you'll be nearly impossible to hit once you have perfected your dodges, as your heightened senses will make others around you move slower for a short time period. While this Perk is active, simply sit back and watch as you absolutely annihilate most of the enemies encounter, as you'll receive an added bonus of increased melee damage thanks to the Angling Seax's Perk that sees all damage after a dodge increased for 2.5s.

When it comes to reliable, heavy hitters the Blacksmith's Hammer will not let you down, as its impressive Stun and Attack stats can deal some significant damage. Despite a lack of speed, this heavy axe can pack quite the punch, especially when taking into consideration the weapons Stun and Critical Chance stats.

With only a 10-second cooldown on the ability that ignites the weapon on fire after critical hits, it's definitely worth giving the Sepulcher Axe a chance if you haven't already. When paired with decent overall stats and a primary weapon such as the Vain’s Axe or the Blacksmith's Hammer, it’s hard to look past such a combination.

If you still aren’t entirely sold, it may be worth mentioning that the Beowulf Shield is one of those early game weapons that can be completely upgraded without the fear of finding something better down the track. Despite its visual appeal, the Spinning-Death flail can really pack a punch, especially should a Fire Bomb drop when performing a successful Heavy Finisher Hit.

To further our claim of the weapon's greatness, the Spinning-Death Flail also has surprising low weight, which allows you to dodge and evade any incoming attacks quite easily. Next up we have the Fafnir's Fang, a trusty early game spear that can pack some damage when fully upgraded. 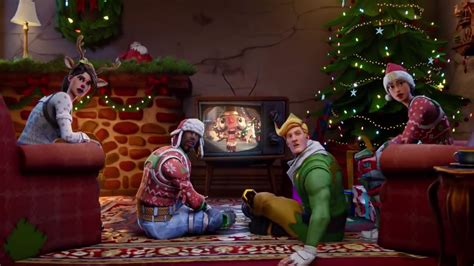 When pairing the Fafnir's Fang with the Ford Spear you are able increase both your speed while dodging and the Critical Chance when surrounded by up to five enemies. With impressive speeds and a distance that leaves you rarely taking damage, the dual spear set up almost feels like running two large daggers.

When combined with the Wolf skill that allows you to manually control your arrows, it's hard to pass up the Petra's Arc, especially when faced with situation that you would much rather deal with from afar. The build that you choose to run with Odin's Spear is entirely up to you, but I think we can all agreed that no matter what you pick, the combination is going to destroy anything that crosses its path.

That's right, the famous Excalibur sword makes an appearance in Assassin's Creed Valhalla, and it's just as powerful as you can imagine. With the Attack, Stun, and Critical Chances stats sitting at insane levels, the Excalibur is something to be feared.

Just when you thought the Great sword couldn't be any stronger, Excalibur's weapon Perk is arguably the most powerful in the game as Heavy Finishers & Critical swill blind all enemies around you. In order, you find Excalibur, you will need to collect a total of 8 Tablets that have been scattered across the map, along with defeating the 3 Zealot members: Women, Hake, and Hrothgar.

This list ranks both melee and ranged weapons based on their ease of use, damage rates, and overall performance. The Angling Sea is a fine dagger, and it makes for a great primary or secondary weapon due to its insane speed.

It can lead to increased damage as you now have a heated blaze to assist you in battle, and the low weight doesn't make it a burden in combat. This is another weapon that ignites, but it does require you to land critical hits in order to achieve this perk.

Many players rave about how great it is to dual-wield this weapon, which is one of the skills that can be acquired and helps you make an overpowered character. The Mournful Cry is a hammer that can only be acquired by buying it at Red's shop, so you won't have to go searching through several locations, but it isn't cheap.

The Spinning Death Flail is as fun as it sounds, which is a major reason why it was ranked so high on this list. The only problem with this weapon is that it is hard to control, and it isn't uncommon for Ivor to become desynchronized for killing too many civilians.

It also increases critical damage when at full health, making it the perfect thing for any master of stealth. The attack damage is incredible and the speed is envied by other weapons on this list, not to mention it is collected early on in the game.

It is one of the best things about the game as it only grows faster the more hits you land which makes Ivor an opponent to be feared in battle. It does take some time to unlock this weapon, but it is well worth it as any Heavy Finisher or Critical Hit will blind all the enemies within range. 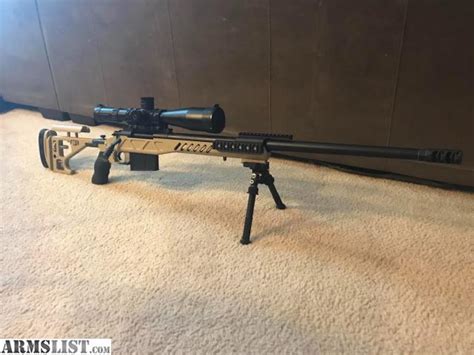 It is worth it to reduce its weight to make it even faster as it will only enhance its deadliness, especially when battling mythological creatures. She enjoys starting fires in her kitchen and collecting pins when she's not writing for Valet, Inc, as an Organic List Writer.

Thankfully, you have plenty of extremely lethal options to pick from in Assassin’s Creed Valhalla, including bows, axes, swords, and more. As you carve your path of destruction across the land, you’ll realize that there are some weapons just plain better than others, either in terms of their move sets, stats, or both.

Just like with armor, you can invest resources into powering up your favorite weapon to make it useful throughout the game, but which ones are worth your time? Just like Odyssey and Origins, you will have a large arsenal of weapons to pick from throughout the latest Assassin’s Creed title, but not nearly enough resources to max out more than a couple at the blacksmith.

This specific shield is notable because it comes with a bonus that raises your attack after either taking or blocking a hit. You also get all the natural benefits of a shield, but using it to hit back harder makes any other weapon you pick to dual-wield it with even better.

The bow has been on the rise in video game popularity for years now, so it can be hard to stand out in a space so competitive. That makes it perfect for all of us who sneak up on an area, pick off a couple of guards in stealth, and then roll into open combat when accidentally spotted.

Any time you get a heavy finisher with this weapon, there’s a chance of dropping a firebomb to blast away anyone foolish enough to want to take you on next. Spears may not give the same visceral satisfaction as the heavier weapons on the list, but being able to poke and jab enemies to death without them ever getting close has its own pleasures.

It doesn’t have such high damage numbers as the other weapons we’ve covered, but what it lacks in raw power it makes up for in speed and CRT chance. What makes these relatively tiny blades worth at least experimenting with is just how fun it can be to dash up to an enemy and unleash a flurry of cuts with one in each hand.

After a dodge, which you’ll be doing plenty of if you’re dual-wielding them, you get a melee damage buff for a couple of seconds afterward for your counter-attack. You can only get this Mythical-level great sword after collecting a series of tablets and using them to unlock it in a secret underground area, but boy is it worth the effort.

If that wasn’t borderline overpowered already, it also steals the same perk from the Sepulcher Axe of catching fire after a critical hit. However, Ivor’s selection can seem almost limited here in comparison to the endless choices in Origins and Odyssey. 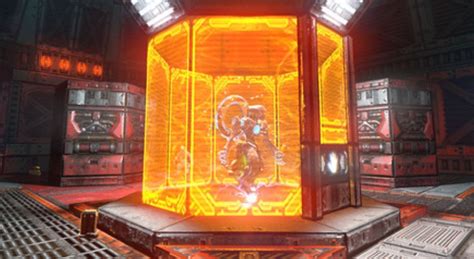 They’re in the chests labelled as gear, so quite often can be found lurking in church crypts or deep underground. If you use Odin’s Sight, they’ll glow gold so if you see a chest far underground, send your raven up and see if you can find a stair indicator anywhere nearby on the map.

Given that Valhalla is much puzzler this time around, you’ll probably have to do a movement puzzle to get there so keep an eye out for the glowing red of a destructible door lock or weak wooden floors and walls. As with all good RPGs, Assassin’s Creed Valhalla’s weapons come in a variety of levels.

The Sepulcher two-handed Axe doesn’t just look the business, it also has the chance to ignite your weapon after a critical hit. The Sepulcher Axe is found nearer the end Ledecesterscire arc when you go and collect the King from the crypt.

(Image credit: Ubisoft)Shields get a bit of a raw deal by the time you have specked out your Assassin’s Creed Valhalla weaponry. As you might have found while taking on plenty of Mercia’s Anglo-Saxons, flails are mighty difficult to dodge meaning that once you’ve got Ivor spinning one into action, it will have very few plans to stop annihilating those in the surrounding area. 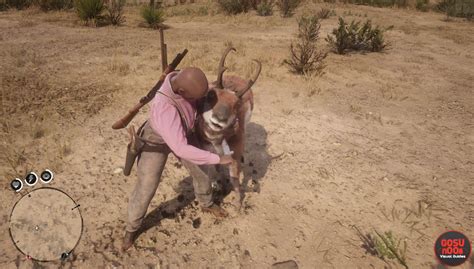 The Carolingian Pike isn't just great for both skewering and sweeping foes off their feet, it's free if you have an Amazon Prime account and link your Ubisoft Connect log in. Just head to Amazon Prime Gaming and get the spear, the full set of Carolingian armor, and an actual pigeon to switch out for your raven.

This Mythical great sword can only be found by discovering 11 tablets scattered across the world and inserting them in a series of pillars deep underground. Once you've got it, Excalibur has the ability to blind enemies around you after performing heavy finishers and critical making it one of the very best weapons in Assassin's Creed Valhalla.

Right now it's presumed this is either a bug or, in the very least, a cheese, so it's possible Ubisoft might move quickly to prevent more players gaining the powerful weapon so easily, so head up to Northumbria sooner rather than later if you fancy grabbing the bow yourself. From verbs to adjectives and numbers, Access the Animus comprehensively explains how to translate the ISU language, which has its own “complex grammar, alphabet, and a set of rules of its own”.