The build incorporates the complete Wrath of the Wastes set, taking all six pieces available and leaving the jewelry to pure offense with Convention of Elements and Skull Grasp. Whirlwind Barbs also benefit greatly from Area Damage, aiming to obtain it as a fourth main stat on Cauldrons of the Wastes and Gauntlet of the Wastes, your rings, and potentially both weapons.

Using all six available set pieces to obtain the full Wrath of the Wastes' bonus allows you to devote jewelry to pure offense. Your first ring will be the 2.6.1-revised Skull Grasp, bringing a 400% multiplicative damage increase to Whirlwind.

The former recommendation for the slot, Hellfire Amulet of Strength, remains a viable option, especially if you obtain a good roll with a synergistic fifth passive like Nerves of Steel, Animosity or Brawler. A perfect roll would include both CRT stats, Physical elemental damage and an open Socket.

Pride of Cassius is considered the go-to belt for Greater Rift pushing; the only defensive option for the slot, it can more than double the duration of your Ignore Pain activations. To make matters slightly more difficult, the unique property of Pride of Cassius has a range instead of being fixed, and you should actively seek and gamble for the highest 6-second extension to ease the strain on your Cooldown Reduction.

With its addition, Aortic's Brace overwhelms practically all other options for the slot for Barbarians. This class-specific legendary bracer grants you the effect of every Wrath of the Berserker rune: from the staple 50% damage increase of Insanity, through the burst damage additions of Arrest's Wail and Slaughter, to the protective and utility bonuses of Striding Giant and Thrive on Chaos.

Whirlwind Barbs require a minimum of 38% Cooldown Reduction to maintain Ignore Pain, Wrath of the Berserker and Threatening Shout on every Physical rotation of Convention of Elements. For Defense stats, aim for a life pool between 700-900k; dropping as much as you can for offense as you grow accustomed to the build. 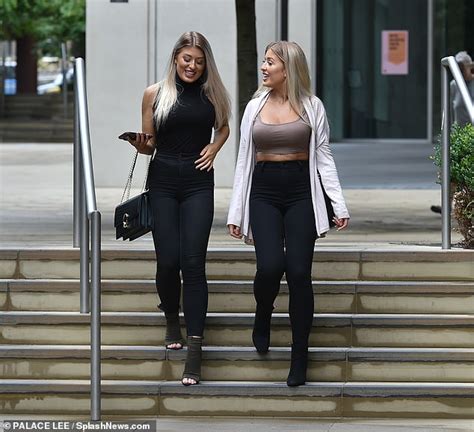 Strength (replaced by Attack Speed at High Paragons) Critical Hit Chance Critical Hit Damage Area Damage Physical or Lightning Resistance (Secondary Stat) Pickup Radius (Secondary Stat) Normally this is done by dumping the first 50 Core Paragon points into Movement Speed, but if your boots have an imperfect roll with Movement Speed as a stat that you cannot replace, adjust the necessary point investment accordingly by simply subtracting your roll from the 25% max.

Taegu is a rare hybrid of defense and offense among the legendary gem options, and continued Whirlwind channeling will ensure that your stacks remain capped for a constant, well-rounded benefit. Introduced in Season 4, Bane of the Stricken occupies the third and final jewelry socket.

Building up your damage multiplicative in prolonged fights and with a level 25 bonus specifically targeting Rift Guardians, this gem is designed to assist AOE heavy builds in their struggle against single target, high HP enemies. The Whirlwind Barb is a prime example of such a build, and Bane of the Stricken is considered mandatory in GR progression.

The power of Echoing Fury in your weapon Cube slot is highly synergistic with the Whirlwind Barbarian, as it provides a scaling Attack Speed and Movement Speed bonuses, both of which are vital to this IAS-centric, mobility-dependent build. Obsidian Ring of the Zodiac ; a powerful option for Whirlwind Barbarians that makes this cooldown-heavy build much easier to manage.

Benefiting greatly from the attack speed inherent to dual wielding, as well as the Bul-Kathos' set, it allows for permanent uptime of crucial abilities like Ignore Pain and Wrath of the Berserker. In your 4th Kanji's Cube slot in Season 22, place The Furnace to enjoy the weapon's damage bonuses against elite enemies.

The Kanji's Cube can be used for much more than simply extracting Legendary powers from items. 16 Jan. 2019: Added suggestions for the baseline Ring of Royal Grandeur for Seasonal characters.

Barbarians like long walks in the mountains, and quick deaths of their enemies. They are plain and simple brawlers, fueled by Fury attacking hell’s demons with swing weapons and a rapid pace.

All three of the builds are good for a single player or group play and are able to push the higher tiers as well as greater rifts. Keep in mind that player's skill level and gear drops will affect performance, but it's nothing to go berserk over.

It’s a damage dealer that is also good for solo or group play. Gear: Gems in this set are Amethyst in the helm, Diamonds in the armor and Emeralds in the weapons.

Area Damage Life Per Hit Gold Find Resource Cost Reduction Gear Stats: Strength and vitality as the most important for this build.

This build is designed to use the Leap skill to increase the speed of travel, Now, get ready to spin to win. Gear: Gems in this set are Diamonds on the Armor, Emeralds in the Weapons.

As a native of the mythical land of Central New Jersey, Jen feels uniquely prepared for any apocalypse. A veteran of the Human/Saar war, she wanders from Syria to Tristan seeking adventure.