The best Western is returning to the world of video games and to make the wait easier on everyone, we’ve gathered a list of Android games set in the Wildest. We won’t end up seeing the game from Rock star on smartphones or tablets, but that doesn’t mean we can’t enjoy the endless sunsets in these ten recommendations that cover all different genres. 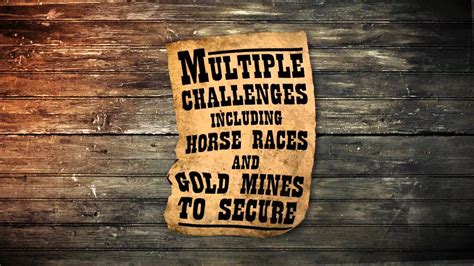 Although emulating the misadventures of Red Dead Redemption on Android is a nearly impossible task, various titles have attempted to bring this essence to mobile devices. Guns n Spurs is a humble attempt that will put you in deserts, saloons, and duels in the sun.

Tiny Lab Productions seems like it has a dream to fulfill: to create racing games with every possible theme imaginable. You’ll find motorcycles, cars, robots, and even horses, like in this Wildest Race.

The settings in endless runners come in all shapes and sizes…we’ve seen all sorts of possible places where you have to dodge obstacles and collect objects. Shoot and Run: Western takes you to the American Frontier, where you play a cowboy who can travel either by horse or foot while you fight against bandits who cross your path.

The game doesn’t stray far from the common roots of the genre; so be prepared to plant wheat, milk cows, and wait between actions. An artifact from the Android ecosystem that dates back to 2010 and that for a long time was one of the standards when it came to using our smartphones as a gaming platform.

You’ll need to place all sorts of offensive elements to stop the advance of a convoy in order to conquer it. Love for the Minecraft style never wanes; even with the passing of time, in stays in our hearts. 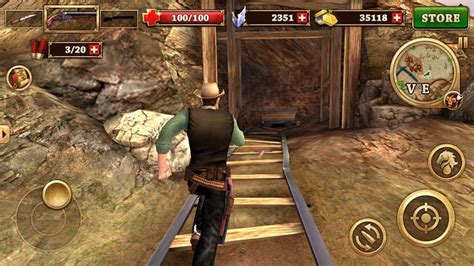 We’ve already mentioned that the Wildest isn’t an overly-used setting in video games, and to be honest, finding a product like Grave bound is a complete surprise. Luckily, the game lives up to its expectations: turn-based gameplay where you play a sheriff who has to find out who burned his sign and killed his partners.

The idea is to be faster than your rival and wait the necessary amount of time for the draw, having to correctly prepare the trajectory that you want to bullet to follow. The result of the showdown will depend on the area you hit, with the possibility of even disarming your opponent without doing any harm.

We’ve already mentioned that the idea of emulating Red Dead Redemption on Android is practically impossible. The part that doesn’t quite work is the story, which is basically nonexistent, but as an open-world game, it’s one of the best options you’ll find on Android.

The game from Rock star won’t in fact end up on smartphones and tablets, but that doesn’t mean we can’t enjoy infinite sunsets à la John Ford with these 10 recommendations from various genres. This game, set in 19th-century Arizona and Oregon, has you trekking wide open spaces while facing a good handful of diverse enemies.

The potential settings for endless runners are pretty much infinite, and we’ve seen all sorts of places used as a backdrop for running around dodging obstacles and collecting objects. Shoot and Run: Western takes us to the Wildest, rather a novel location, and puts you in the skin of a cowboy who moves on both foot and horseback while fighting the bandits who cross his path.

As we mentioned, the Wildest may not be the most popular setting for a video game, and the truth is that finding a title like Grave bound comes as a real surprise. Sergio Leon and his Dollars Trilogy has ensured that the first thing that comes to mind when thinking about that lawless era is Clint Eastwood with his gun.

It’s no surprise, then, to come across a game like Gun Done: Road to West, where you have to fight in duels starring quite the array of characters. A simple game that more than meets its objective and also lets you play some rather odd characters: Han Solo, Deadpool, Tarantino’s Django… The Wildest ain’t just for cowboys, y’know.

A straight-up tower defense that has you placing all sorts of structures to halt the advance of a convoy and conquer it. It was inevitable that somebody would try to make a western out of your standard online strategy and management game à la Clash of Clans.

In this case you have to make your outpost prosper, defend yourself against the outlaws, and attack clusters of enemies through a real-time combat system broadened with managing different cards with different types of units. With a piece of cardboard and your smartphone you can live through an immersive experience where you shoot enemies who creep up on you from all sides, like in a first-person shooter (though the game happens on rails, and you have to defeat each wave to move on to the next).

There are lots of games focused on the popular migration route that American settlers took in fulfilled the doctrine of Manifest Destiny that sought to justify expansion of U.S. territory. Ironically, many of these games still use themes that are associated with the lawless wildest and are often filled with dangerous characters like outlaws and bandits. 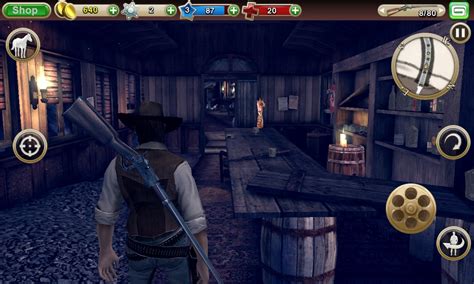 Quite why more developers other than Rock star don’t try their hand at making more games centered around the Spaghetti Westerns is a mystery. It also featured a very talented voice cast with The Punisher actor Thomas Jane in the lead role and support from Lance Hendrickson and Kris Kristopher son.

Call of Juarez: Gunslinger was released in 2013 on the PlayStation Network, Xbox Live Arcade, and Steam and in 2019 for the Nintendo Switch. It is the fourth game in the series and is set in 1910 and places players in the shoes of a bounty hunter Silas Greaves.

The game puts players in charge of a team of bounty hunters tasked with stopping an outlaw gang run by the bandit El Diablo from robbing trains. Desperado are very challenging with quite a lot of spikes in difficulty but the strategic gameplay mechanics are entertaining and polished.

In addition, the level design is very accessible providing gamers with lots of options and opportunities to take the fight to the bandits. Released in 2009 on the PlayStation 3, Xbox 360 and the PC, Call of Juarez: Bound in Blood is a western set in the 1860s after the American Civil War.

Released in 2002 for the PlayStation 2, Wild Arms 3 is a western-inspired Japanese RPG with aspects of magic and even medieval weaponry creating a very original universe. Its gameplay consists of a traditional JRPG-style turn-based system that the player can either participate in manually or micromanage the game’s artificial intelligence for auto-battles. 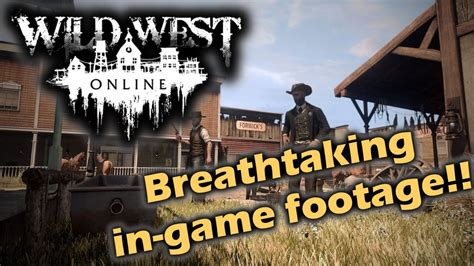 It’s the first time the Wild Arms series made the transition to 3D visuals and implements a cell-shaded art style that still looks good to this day. Red Steel 2 makes use of western and samurai themes and seamlessly blends swordplay and gun play mechanics in a very creative and energy-consuming way.

Released in 2005 for the Xbox, Odd world: Stranger’s Wrath is a science fiction shooter heavily influenced by western movies. Based in the same universe as Abe’s Odyssey games, Stranger’s Wrath is just as humorous with its own original gameplay mechanics like “live-ammunition” which is made out of living creatures and fired at enemies with spectacularly funny results.

Players took on the role of John Mars ton a former outlaw forced back into the life a gunslinger by the government who has taken his wife and child hostage. RDR2 is a prequel set 12 years before the events of the first game and places players in the shoes of an outlaw named Arthur Morgan. 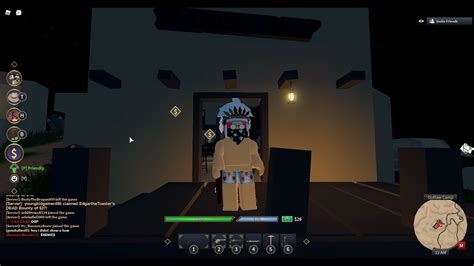 Live the life of a west hunter and cowboy fighter in the west world and eliminate real gangster mafia in crime town gangster games and cowboy western games. Conquer the wildest and be the best gunfighter and gold hunter and west dead redemption games.