When I find myself wishing for some vaguely imagined nonexistent book I’d like to read, I’m almost always pining for a novel of the wild outdoors. I love urbane social comedies and absurd novels about office work and many kinds of fiction set mostly indoors and in town.

Lots of outdoor fiction offers straight faced realism written as if literature hasn’t changed in a century, or the didactic ism of characters each standing in for a position on some environmental issue and making sure you know it whenever they open their mouths. There don’t ever seem to be enough of those books to keep me sated, but here are a few of my favorites (though I’ve left off a couple that are better known, for the sake of sharing some overlooked blooms in the scrub).

Presented as the early 1900s diary of a proto-feminist, single mother author of pulp fictions who goes into an Oregon forest in search of a missing girl, only to get lost herself and discover mysterious creatures beyond what her insistent rationalism allows for, Gloss’s novel delves into myths of the “Wildman” and myths of gender and does it all with a magnificent narrative voice as wild as the surrounding forest. M, who goes by the name Martin though it isn’t his, gets hired by a pharmaceutical company to hunt and harvest DNA from the world’s last living Tasmanian tiger, long after the species is thought extinct.

Somehow, in a very short novel, Leigh weaves together the shadowy reach of modern business, the tragic colonial and ecological histories of her setting, a classic story of exploration stripped of its celebratory machismo, and a mother and children left behind broken by the blinkered desires of men. The nameless middle-aged narrator visits friends at their remote mountain hunting lodge, only to be left alone by the inexplicable appearance of an invisible barrier at the edge of the valley it occupies.

Left to fend for herself, she breaks restraints built up over years spent sublimating her individual identity into that of a mother and wife, allowing a wilder self to emerge. I could have picked any one of Minimal’s novels to put on this list, because it’s hard to think of a writer consistently doing more exciting things in fiction about the natural world.

Alternating between their accounts of events we’re privy to the relationship’s tensions and strains as the couple are stripped of pretenses and niceties by their time in the wild, but we’re also aware of an eerier presence in the surrounding forest. It’s an account of a Scottish couple fleeing the city for a wild home in the hills ahead of the imminent threats of perpetual war, disease, and disaster.

The Blue Fox moves between a hunter, his vulpine quarry, a boy with Down’s syndrome, and other characters in mysterious tandem, woven together as any place is with threads of history and folklore and transformation. Sometimes when I read literature in translation I suspect I’m missing so much that the power of the work is lost to me, but with The Blue Fox that opacity is one of the qualities I most enjoy: I know there are allusions and echoes I’m not attuned to, but that misunderstanding feels like wandering a landscape I only half understand and just makes me want to return.

There are plenty of novels offering sentimental accounts of characters giving up their fast city lives at the inspiration of some noble animal; perhaps some of those are imitations of this. When the world collapses in ways and for reasons they don’t quite understand, sisters Eva and Nell are left alone at the remote cabin their family retreated to in preparation.

Into the Forest is as gripping as any thriller or rural horror, but there’s a thoughtfulness to the novel perfectly balanced with details of the pragmatic, often painful means by which the sisters survive. Like some others on this list it pulls us so fully into its wild bubble that even as we know we should root for rescue or the world’s recovery, we’re torn because of what would be lost.

Riddle Walker is Hogan’s best -known novel (and maybe his best), and Turtle Diary is the one most recently restored to print and public acclaim, but The Lion of Boaz-Jachin and Jachin-Boaz has to go down as my favorite. A domesticated English garden hardly seems wild, but Klinkenborg’s novel narrated by the titular Timothy, a female tortoise kept by eighteenth-century naturalist Gilbert White, makes it so.

McInnes’ debut is a detective novel, following an inspector whose search for a missing man takes him deep into a strange jungle. And it’s also a story about the literal and figurative breakdown of identity, whether as a result of the daily grind of work or of sharing the landscape of our own skins with millions of microorganisms. 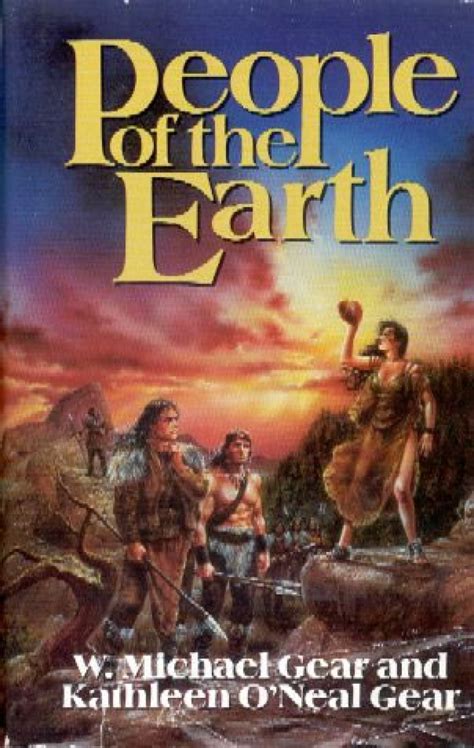 As detailed in The National, in January 2006 McGee was driving through Australia's Northern Territory. In fact, they had no scruples, being robbers who slipped a drug into McGee's drink, robbed him of virtually everything while he was passed out, and threw him in a shallow grave to die.

Once McGee awoke, he was alone, had no working phone, no water, no food, no shoes, and no hope. He eventually found a dam with water and such culinary delights as raw frogs, lizards, and leeches.

Later, after several rounds of heat exhaustion and dehydration, he found a better dam with more water. He stayed there for almost two months, but man cannot live on tiny insects alone, and McGee began to waste away.

Finally, after 71 days, McGee was rescued by nearby station-hands, who just happened to be surveying the area. In 1985, Joe Simpson and his friend Simon Yates were climbing the Shula Grande peak of the Peruvian Andes.

Simpson fell and destroyed his leg just before an unexpected, blinding snowstorm hit. Gravity started pulling Yates toward the cliff, and he had to cut the rope to avoid careening to the ground below. 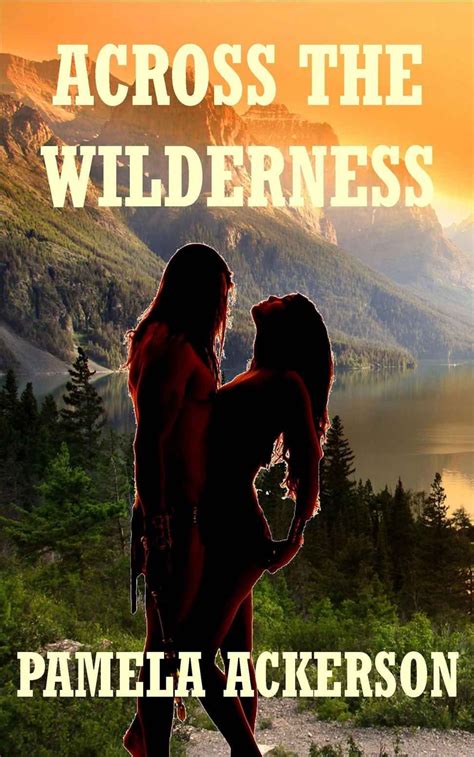 He landed on a narrow shelf inside, but Yates didn't realize this and returned to the campsite overcome with grief and guilt. Simpson crashed through soft snow, breaking his fall enough to keep him both alive and conscious.

He then crawled 6 miles back to camp (it took him about 60 hours to do so), relieving Yates of the feeling that he had just brutally murdered his friend. But he came out living, plus he got to write a book and make a movie about his ordeal, which are all better alternatives to death.

Jan Ballard was a Norwegian who opposed the Nazis, and since he did so in an actual, Nazi-killing manner, his country's occupiers had a severe issue with him. As told by The Scotsman, after killing a couple Germans in a firefight, Ballard started running in the direction of Sweden, a neutral country where the Nazis couldn't get him.

He walked for almost a week, stopping periodically for food and shelter with sympathetic residents, and considering one of the Nazis shot him in the foot, that's pretty impressive. He walked alone in the deep, blowing snow until he stumbled upon the village of Furuflaten, where the local Nazi resistance group nursed him back to health.

They then brought him to some Lapps tribesmen in the Reveal mountain, who put him on a sled and whisked him into Sweden. Teenage buddies Tommy Hendricks and Matthew Smith were hiking in November 2016 when everything went wrong at the worst possible time. 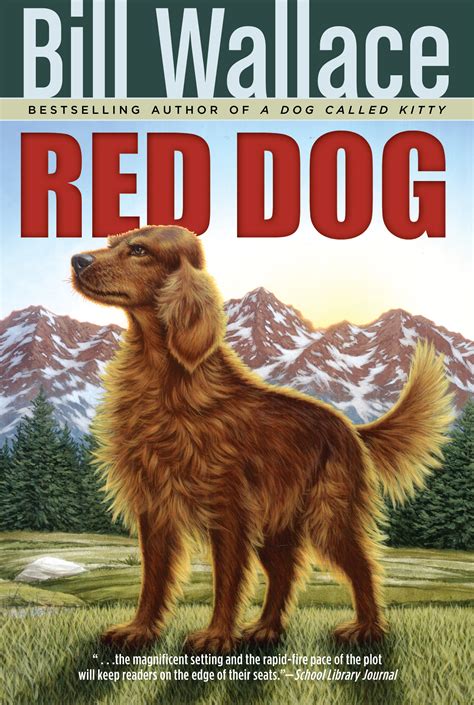 As they told Backpacker, they were halfway up the 1,200-foot Cross Color when a snowstorm arrived a day earlier than expected. They would've loved to climb back down, but the deep snow, blinding storm, and incoming darkness made that impossible.

In May 2017, Marcus Mazzaferri was fording a raging river at Yosemite National Park when the water began to run too deep, and he slipped on a rock. Mazzaferri attempted to follow his footprints back to a shelter (without glasses, that was all he could see), but darkness and the cold forced him to hunker down for the night.

Seeing no other options (or anything else, really), he started following deer tracks, which miraculously led him back to his own prints. Despite being dangerously cold already, Mazzaferri followed the sound, swimming across the river to join his new best friends.

He lit bug spray to create a makeshift flamethrower and ward off a jaguar. By the end, as he confessed to the Sydney Morning Herald, “I would have eaten human flesh.

That's the definition of luck, though the grit and toughness needed to last that long is nothing short of Hollywood-worthy, so Daniel Radcliffe played him in the movie. It's hard enough to help yourself after being injured in a plane crash, but with an entire family to save, things become exponentially harder.

On August 13, 2011, Evans and his family took a Cessna plane to their new home in Anvil, Alaska. When Evans came to, he found that his back, legs, jaw, and feet were broken, plus he had lost teeth.

Bones were broken, his pregnant wife was coughing up blood, his son's body was crushed under the plane's floorboards, and his daughter's intestines were “severed.” Donald worked to keep everyone awake, as falling asleep in weather this cold could have killed them.

He solved the dehydration problem quickly, launching what he told ABC News was his “survivor man routine.” Unfortunately, his problem with leaving the mountain proved harder to solve, as he kept going in circles and following rivers that led nowhere.

The next morning, he ate a dandelion for his first food since getting lost, and shortly after that a search team finally found him. Brent Prokulevich, according to his story in Field and Stream, was hunting moose in Western Ontario with only a bow and arrow for company.

Prokulevich attempted to shoot an arrow at the bear, who chomped down on his arm and stopped that dream. He stabbed the bear's head with an arrow until it gave up, and then the would-be moose hunter hightailed it out of there, searching for help for 15 minutes before boating back to camp, where he was taken to an emergency room.

The bear's bites were inches away from puncturing his lung and damaging his spinal cord, so while he was certainly injured, he wasn't as mortally wounded as he could've been. On July 3, 2011, Graham Austin and his friends were hiking around the southern Appalachian Trail when a storm started brewing.

The strike had also left a long scar from his head to his feet, like Harry Potter's mark taken to the extreme. His heart stopped for 30 seconds, he lost control of his breathing, and his blood-deprived legs were paralyzed and soon turned a deep shade of purple.

Luckily, his friends were there and were able to perform CPR to get his heart started again, and rescue breathing to get oxygen flowing regularly. They still weren't working properly when a rescue squad arrived roughly 90 minutes later, so they had to carry Austin down the mountain.

Within a month all his muscles were back to normal, and the only evidence he had of his experience was a detailed, harrowing story.