Along with films like Spider-Man and Blade, it can be argued that these franchises were responsible for the current superhero boom we are in today. Each battle makes the most of each character’s individual powers as well as the unique locations of the series. 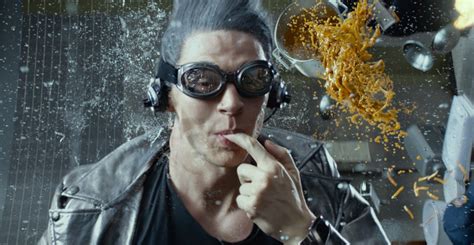 From 1 on 1 bloody brawls to epic large-scale battles, the X-Men have participated in a wide variety of fantastic bouts. But despite some recent hardships, many have been quick to forget that the Fox universe had a few critical darlings and that the first entry shown in 2000 laid the foundation for the current superhero landscape, with every year filled to the brim with superhero movies.

Besides, with fresh voices constantly being added to the mix, and with no shortage of budget, the action was always memorable. The sheer variety of powers that the mutants offer to the genre is basically unlimited.

Director Matthew Vaughn provides some nightmarish shots of Azazel’s work, as CIA agents rain from the sky. Azazel even toys with a victim, getting one agent to shoot another, deliberately playing out like a horror film.

Vaughn fills every scene in the big fight between Shaw’s team and the First Class with enthusiasm and creativity. But Shaw’s death is truly one of the most moving scenes in the franchise, as Eric willingly tortures Xavier to get revenge.

Vaughn truly revitalized the franchise, smartly casting the immensely talented Michael Fassbinder and James McEvoy as Eric and Xavier, respectively. Their friendship and moral disagreements are the cornerstone of the X-Men universe, so its origin is innately fascinating. 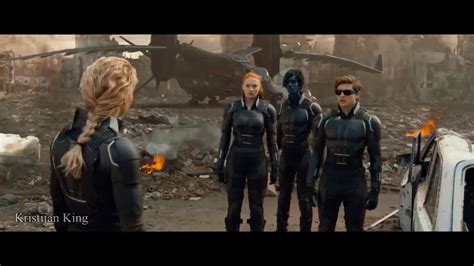 What’s fun is that Deadpool spends the entire mission failing, getting ripped in half at the end. Daphne Keen turned in a great X-23, delivering a convincing ferocity and numerous stunts.

It perfectly encapsulates the titular character, offering constant bloody violence and clever comedy. This breakneck scene incorporates some leaked footage that made the movie possible, and for good reason.

Every joke works, as Deadpool praises the car’s interior leather, and uses a terrible drawing to ask for Francis’ whereabouts. The urgency of the situation is captured with sheer visual context, smartly avoiding expository dialogue.

The setting is deeply rooted in Logan’s past, which makes for an interesting and claustrophobic arena. This time around, Bryan Singer’s direction springs out of the gate with newfound verve.

Nightcrawler is an inherently compelling mutant, with a unique design and visually arresting ability. The classical music is totally fitting as the backdrop for his acrobatic display of power. 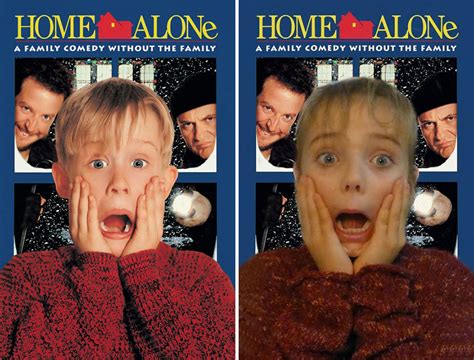 The stunts are remarkable, and gripping, as Nightcrawler infiltrates the most secure building imaginable with ease. The closing shot of Nightcrawler’s knife sets the tone for a sequel that escalates the action while preserving thematic intrigue.

Jetstar Wars: 5 Imperial Leaders Who Make Off Gideon Look Like A Womb Rat (& 5 Who Were Surprisingly Kind) Locke and Sawtooth by Joe mad came into mind.

Besides just being a dynamic scene that does a great job highlighting the differences in their fighting styles, that scene should be a textbook for how to fight against Logan's healing factor. You don't need to STOP his healing factor, just impede it enough that the combination of blood loss and the fact that CUT MUSCLE AND TENDONS DON'T WORK (this is probably one of the few times I can even recall that a writer has made a point of the latter) takes care of the rest.

V Bruh when was the last time Logan as a Weapon X was written to be some guy who doesn't go berserk or rrrrrrr easily especially by Most? Joe Mad's style hasn't aged as well as Paul Smith's, but the Locke vs Creed fight stood out to me at the time.

Spectacular Member Proteus vs. Magneto APC vs. Magneto (AOA) APC vs. Paris APC vs. High Evolutionary X-force vs. Assassin's Guild (that wasn't a battle, it was a massacre though lol) Exodus vs. Avengers and X-men Magneto vs. Avengers From the top of my head. Mighty Member A couple of my favorites.

Gambit v Gladiator: Rogue channeling the different powers she's absorbed to take on an army: I love that high and low attack in a fight with Gladiator.

Grizzled Veteran Wolverine vs Archangel during Extinction Agenda. Not a singular scene but the first thing that came to my mind was when Rogue's team took down Hematoma in X-Men #199 from Carey's run.

While “wire” was relatively in its infancy during the production of the first X-Men movie, director Bryan Singer and his impressive stunt team found a way to work around the limitations and arguably deliver the film's best set piece. It all culminates with Logan making one hell of a sacrifice play to save Rogue (Anna Pa quin) and thwart Magneto's (Ian McAllen) evil weapon of spaghetti-like energy from turning New York City into a Petri dish.

Thankfully, Hugh Jackman’s last Wolverine movie celebrated being free of all that by going full “snit!” and finally giving fans the slash fest they waited 17 years to see. Adamantine stabs and slashes on both sides as X2’s “boss battle” keeps Wolverine away from his true target, General Stryker (the always-excellent Brian Cox).

In doing so, the action scene culminates in a level of tragedy as Wolverine uses the very metal that created him and his attacker to kill the latter by injecting her with a molten form of it. “Bigger and louder” seemed to be this sequel’s mandate, and no action sequence further proves that than Deadpool 2’s inventive AF truck fight between our titular hero and his time-traveling rival, Cable (Josh Brain). 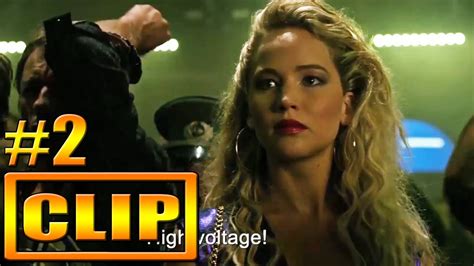 This set piece is largely made up of that sizzle reel that leaked prior to the movie being green lit, just with more polished VFX and fight choreography. From the moment Storm summons tornados to dispatch the fighter jets chasing their stealth plane, to when Nightcrawler teleports to save Rogue in mid-air, this sequence is non-stop, white-knuckle tension.

The Oscar-nominated screenplay for Logan, co-written by Scott Frank (Out of Sight), takes a beat before its opening scene to set the table for how different this film will be from previous comic book adventures. No, in Logan, when the drunk and broken former X-Man wakes up in the back of his rented limo to thieves trying to strip it, his slowly-deploying claws unleash a bloody spectacle for the 17-and-up crowd.

His search culminates in one of the most satisfying moments in the film, in which Erik hunts his targets down to a South American bar and ends them with his powers in a manner that’s more Sean Connery-era Bond movie than summer blockbuster. Instead, it’s a showdown decades in the making, a vendetta finally satisfied that changes the course of the franchise forever and turns a Holocaust survivor into a tragic arch villain.

Before Marvel Studios crop of blockbusters had the market cornered on comic book movie spectacle, the original run of X-Men films satisfied fandom's kick-punching needs for almost 20 years. The New Mutants, promised to be unlike any superhero movie audiences have seen before, is the final entry in the 20th Century Fox-owned X-Men 'verse and was originally set to hit theaters this spring. 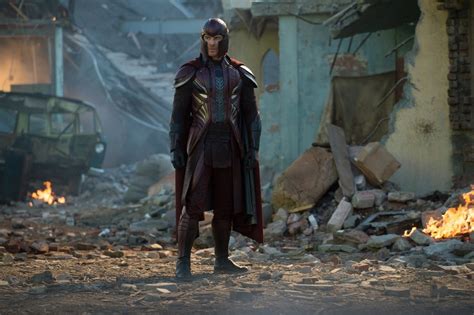 Logan has a fantastically choreographed fight sequence on an insanely high-speed train, and the result is a fast and furious, claw-swiping ride for our lives. It is the incredible wisdom that Stewart exudes almost every time he opens his mouth that puts it over the top, however, and he finally manages to break through to his younger self.

We'd all gotten used to Patrick Stewart and Ian McAllen in the roles of Xavier and Magneto, but this early scene let us know that James McEvoy and Michael Fassbinder could teach us to love again. Their growing friendship is fantastic in this film (cut all too short, unfortunately), and this training scene is a highlight.

Deadpool sacrifices himself to save Russell's soul towards the end of this movie, and then he proceeds to have a long, heroic death scene. Cable isn't a racist, and Josh Brain once again plays the “I can't believe this is happening” note to perfection.

He's so fast that he has time to make visual gags along the way, providing a wonderful blend of humor and action. Every bit of this scene is gold, from Ian McAllen's delivery of “we love what you've done with your hair” onwards.

He slowly, delicately, plants the idea in young Pro's head that Xavier's peaceful way is not the only way. Every single line delivery from McAllen is perfect here, and even the way he hands the lighter back to Pro is majestic. 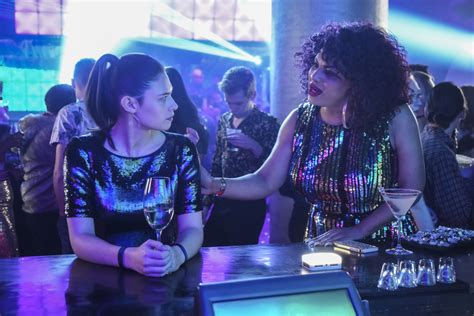 Charles wheels away, Erik knocks over a chess piece, and a franchise is born. Daphne Keen gives a masterful performance for the entirety of this movie, but her eulogy for the deceased Logan might be her best moment.

In a fitting salute to our fallen hero, she quotes a movie that Charles Xavier was watching earlier, and says a line that she likely doesn't fully understand. Brian Cox's Stryker is the main antagonist for most of this movie, and everyone was just breathless with anticipation for Magneto to break out of his plastic prison and start messin's**t up.

The setup to his Mystique-assisted escape is great, as is the way Ian McAllen plays the discovery of there being “too much iron” in the guard's blood. By the time he's got it all sucked out and formed into little balls of death, he's ready to break free...and audiences were cheering him on.

McAllen is able to convey incredible power with the simplest of gestures, and nowhere is that more apparent than in this sequence. It's almost time for Jean Grey to get a little extra in X-Men : Dark Phoenix, and once again the X-Men are going to have to pull out all the stops to save the day.

The Disney/Fox merger will soon place all of Professor Xavier's gifted youngsters in the care of the Marvel Cinematic Universe, so give or take a miraculous New Mutants release, this is the end of the X-world as we X-know it, and we're having X-feelings. Emotions lead to nostalgia, and means that it's time to go back over all the films in the X-Men saga and choose our favorites. 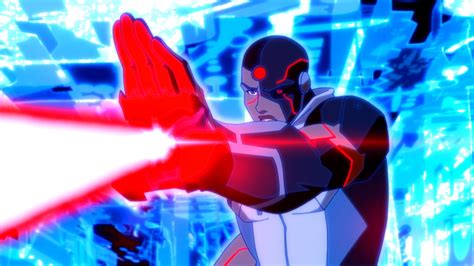 It would be all too easy to just list scenes from Logan for every single entry, but we're not going to let ourselves play that X-card.