A band of outcasts, thrown into a situation beyond their control, forced to fight and defend their race, Homo-superior. What follows has been a 55-year run of epic heights, featuring some of the most significant artists and storytellers of our time. 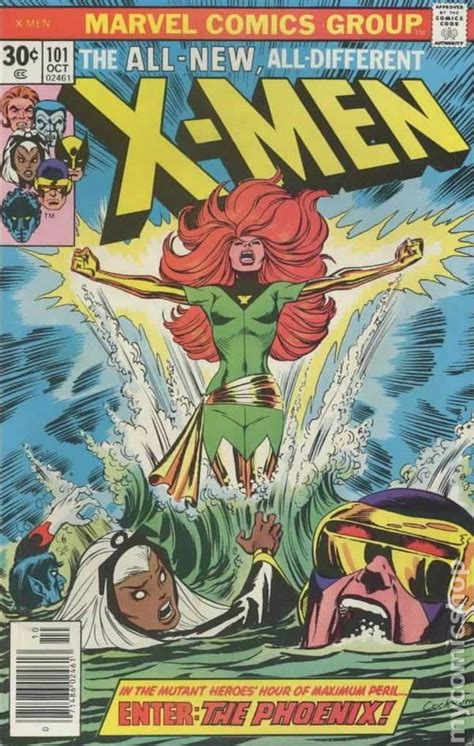 Brian Michael Bends and Stuart Immune produced this series, where the original X-Men from issue #1 are brought to the future by a melancholy Beast. In 2009, Fred Van Lent wrote X-Men Noir for a unique series the Marvel was running.

In this 1937 version of the X-Men, the students are juvenile delinquents recruited by psychologist Xavier who trains them to hone their criminal instincts. When Jean Grey, a known conwoman, and manipulator, is found dead and covered in distinctive cuts on a nearby beach it’s the catalyst for a twisted and layered story that leaves readers on the edge of their seats.

Cybernetic psychopath Cameron Hodge and his crazed followers plus an amnesiac Havoc, lead an attack on Xavier’s mansion that imprisons Storm and a few members of the New Mutants. The bulk of mutant’s rally to sneak into the prison camps on Kenosha to rescue their friends and family.

Deep in the Latin American jungle Cassandra Nova reopens and begins to operate a Sentinel factory. By the time she is discovered by Cyclops and Wolverine, the mechanical hunters have devastated the island state of Kenosha, which is now home to Earth’s mutant population. 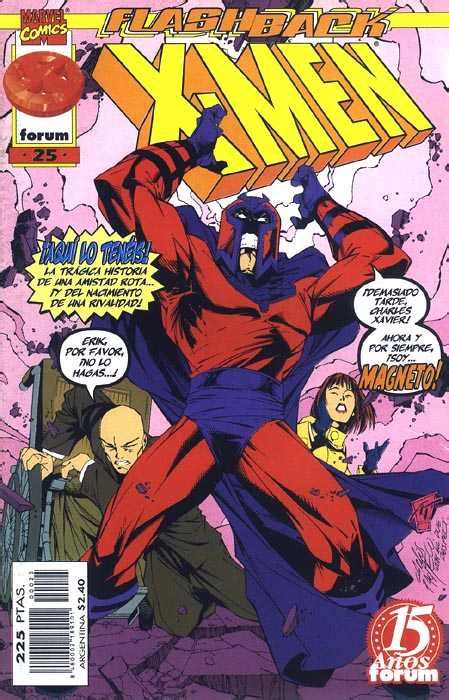 After the original X-Men decide that going back to their time isn’t an option, they continue with updated looks and stories. Blue is significant because it started a run of color titled offspring that dominated the direction of the X-universe today.

Plus, Hank McCoy is a wizard in training, Jean and Cyclops are psychical linked, Angel has cool flaming wings, and Iceman can form a giant snow beast that rivals the Hulk in size. The scale of the fighting was so epic that the sister series, ASX, featured sparse parts of the story and concentrated on the battles.

The story ends with the death of Charles Xavier at the hands of his first student, Cyclops, who is possessed by the Dark Phoenix entity. That’s what Scott Summers intended to do when he wound up with Jean Grey’s clone, a woman named Madeline Pryor.

Sinister beliefs that the offspring of Cyclops and Marvel Girl would be able to bring down the world’s oldest mutant. The Adventures of Cyclops and Phoenix show the origins of cable, how he came to be infected with the technogenic virus, and his trip to the future with Assani.

The Astonishing X-Men was released as a limited series back in 1999 but didn’t take off until 2004, when Joss When took over. His run revitalized the series, which cherry-picked the favorite fan mutants and teamed them up for perilous and thrilling adventures. 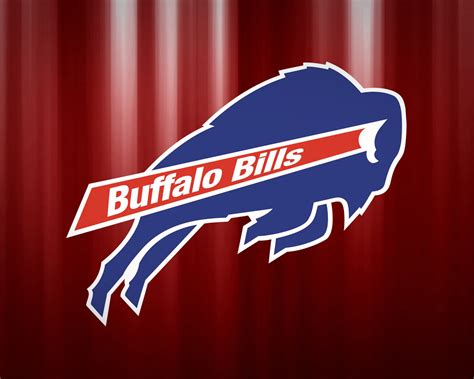 In the ‘Ghost Box’ storyline, Ellis plants the seeds that lead to rifts so deep the very fabric of the team is altered from this point. In the House of M series, written by Brian Michael Bends with art by the sublime Oliver Compel, explores an alternate Earth in which the Scarlet Witch has lost her children.

Her grief has made driven her insane and her power is only held in check by a strained Charles Xavier. Alas, the distraught woman is unable to control her powers and creates a separate reality.

When Held comes to take Wolverine’s soul, Dani Moon star is revealed to have Valkyrie powers. Touted as one of the greatest graphic novels of all time, God Loves, Man Kills teams the X-men with general villain and all around bad guy Magneto. 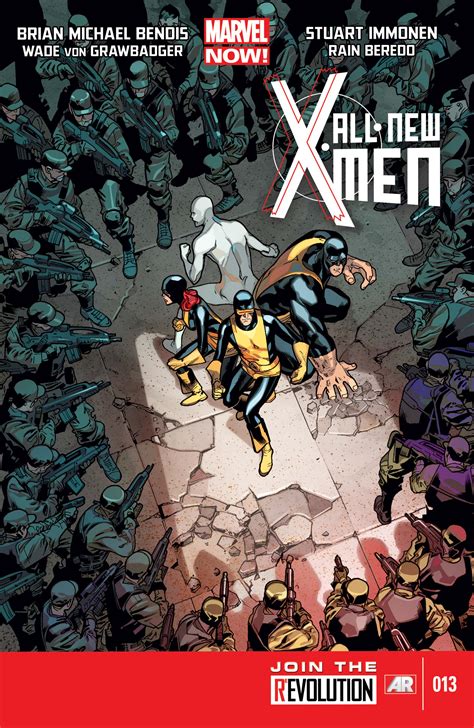 The sadistic mutant hating preacher Stryker attempts to kill all mutant kind with a cerebra like machine. When the one-eyed hero from the future is believed to have shot Prof X with the techno-organic virus, the X-Men hunt down X-Force and their mysterious leader.

Written by a host of whose who authors, Inferno depicts the corruption of the Jean Grey clone Madelyn Pryor. Inferno has spanned all five mutant titles and centered on Pryor’s attempt to open a portal to limbo in New York City.

Ultimately, when the clone passes away Jean receives its memories and develops a love for young baby Nathan. When the X-Men learn that a vicious group called the Marauders are attacking the Warlocks who live in the sewer systems of New York, both X-Men and X-Factor arrive, and the slaughter is abated.

Angel is nailed to a wall and Colossus is so severely injured that he is unable to change back to his standard form. This causes a break in the timeline, creating a new and separate reality, and Apocalypse attacks the X-Men sooner than intended.

When Bishop appears from the future, the group's aid in full force in hopes of restoring the timeline. Stan Lee and Jack Kirby created the X-Men in 1963, in the midst of some of the most significant comic creations of all time.

To celebrate the line's 30th anniversary, the X-books all crossed over in an event called “Fatal Attractions,” which saw the team's first villain -- Magneto, the Master of Magnetism -- return with a vengeance. He secured his own hunk of land just outside Earth's atmosphere, crashing a kid's funeral and nearly killing X-Force's leader Cable in the process, and opened it up to any mutant who might be seeking sanctuary.

Following the departure of Chris Claremont and Jim Lee a few years earlier, the partnership of Scott Lob dell and Joe Madeira became a new high watermark for the franchise. The rest of the issue unfolds in Lob dell's often-used vignette structure, as Cannonball has a tense conversation with a dismissive Xavier and Jean relays a terrifying encounter with the mysterious Onslaught to Cyclops. 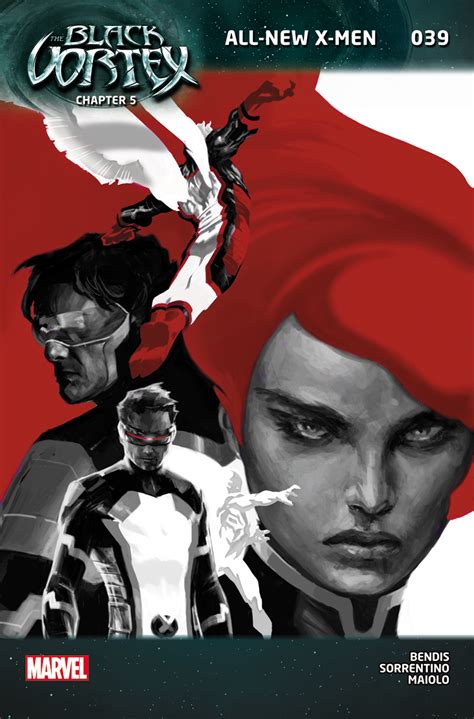 “Age of Apocalypse” used its dark setting to reimagine plenty of X-Men, including the usually optimistic Kitty Pride and Colossus. The team was tasked with picking up a component necessary to resetting the timeline and defeating Apocalypse: Colossus' sister Magic.

Just like the previous “Onslaught” prelude issue on this list, this one, which kicks off the 1994 event “Phalanx Covenant,” is another creepy installment in the Lob dell/Madeira partnership. By the end of the issue, Banshee realizes that he's surrounded with imposters, his only allies being the teenage Jubilee and two of the X-Men's captives, Emma Frost and Sabre tooth.

After a 30-year courtship, one with plenty of ups and downs, Cyclops and Jean Grey finally tied the knot in this event issue. The issue includes all the traditional wedding stuff, from the groom not knowing how to tie a Bowie to the first kiss, the tossing of the bouquet and the first dance. 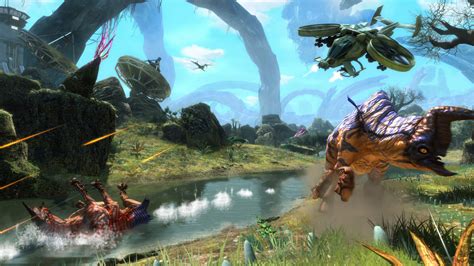 After years spent scattered across the planet, with various temporary iterations of the team popping up in different configurations, all the X-Men -- all of them -- finally came home to a rebuilt X-Mansion in this issue. The team practices in an elaborate Danger Room scenario before rushing off to fight Magneto in a battle that spans international locations.

“Homecoming” (December 1997) Writer: Joe Kelly Penciled: Carlos Pacheco Inner: Art Tibet and John Dell Colorist: Liquid! The X-Mansion was scrubbed clean of all furniture and technology and the team was saddled with a trio of unlikely and unruly recruits (Marrow, Maggot and Dr. Reyes).

DP's first ongoing, launched in 1997, also gave him holdovers from the original “Wolverine” series, in the form of Landau, Luck man and Lake. Deadpool snarking on the Osborn boys' weird hair and Blind Al getting annoyed by Mary Jane's relentless peppiness are just two of the rich comedic set-ups used in this giant-sized issue. 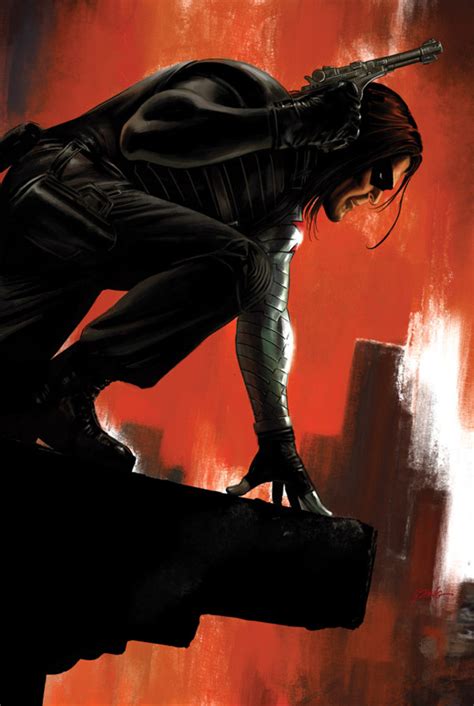 “Tough Love” (November 1992) Writer: Peter David Penciled: Joe Lee Inner: Al Milgram Colorist: Brad Vanuatu Letterer: Richard Starlings Editor: Kelly Corvée But the issue isn't just a slug fest, it's a tour de force of character work from Peter David as he bounces longtime X-players off of each other in interesting ways that harden back to their history while also remaining firmly planted in the present.

Kicking off with the team's relaunch in “X-Factor” #71, David took a group of B and C-list characters (Havoc, Polaris, Quicksilver, Wolfs bane, Strong Guy and Multiple Man) and made them a madcap unit of misfits that bickered and agonized like real people. Under David, the book became the most politically aware comic in X-Men history, as it juggled sharp satire and pop culture references in a totally irreverent, yet powerful, way.

“X-Factor” #87 is the culmination of a lot of David's work on the book, as his band of misfits undergoes therapy sessions following the harrowing events of “Executioner's Song.” The issue may be filled with talking heads, but David's way of getting into the unexplored psyches of these characters makes every page stand out.

A lifelong obsession with comics led him to Wizard Magazine in 2008 and then to writing gigs for The Robot's Voice, Marvel.com, and MTV's Splash Page where he served as managing editor. Brett served as a writer and Assistant Editor for CBR from 2011 to 2017, where he wrote a lot about the X-Men, Foggy Nelson, and plenty of gay stuff.