It's fair to say that the last decade of the X-Men franchise was not necessarily the strongest, though fans did see some great storylines come from Marvel's merry mutants in the 2010s. Thankfully the “Dawn of X” relaunch by Jonathan Hickman has elevated the X-Men back to the forefront of Marvel's line, and fans are once again talking about the team's exciting future. 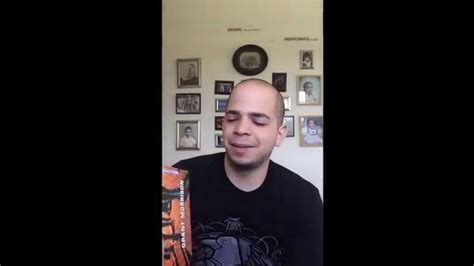 The team suffered quite a few heavy casualties while other characters switched loyalties, all of which continued to shock fans as they prepared for what came next by saying goodbye to what came before. One of the biggest changes to the X-Men in the last decade came when Hank McCoy/ Beast decided to mess with the time stream and bring the original five X-Men from the past to the present day, hoping to show them how they turn out to avoid the troubled future.

Things obviously backfired and during the Battle of the Atom crossover, the X-Men encountered future versions of the X-Men and the Brotherhood who offered a glimpse at the possible timeline Beast had created. Jean set about forming a new team in X-Men : Red and attempted to create a new haven for mutant-kind, though she was framed and discredited early on by Cassandra Nova.

X-Men : Schism featured the inevitable breaking point between Scott and Logan after a series of attacks led to a final disagreement between the two leaders. Battle lines were drawn and loyalties were tested as the two teams argued over how best to deal with Hope Summers and the return of the Phoenix Force.

Avengers vs. X-Men saw a few iconic moments including the birth of the Phoenix Five, the flooding of Wakanda, and one of the worst deaths the mutant community has ever seen. While “The Apocalypse Solution” was technically an Uncanny X-Force, we're still including it for a number of reasons, the least of which is that the team was made up of active X-Men like Wolverine, Locke, and Archangel while they operated in secret along with mercy like Deadpool and Fandom.

“The Apocalypse Solution” is really only the start to one of the best stories, as Rick Reminder's entire Uncanny X-Force run is not one to miss, and would go on to affect a number of related titles throughout the decade. Jonathan Hickman recently took the reins of the X-franchise with his dual series event House of X / Powers of X, which relaunched the X-Men in a dynamic new direction.

The series and resultant “Dawn of X” titles have set about redefining the X-Men's place in the Marvel Universe while uniting the mutant community like never before to create new exciting story opportunities. Scoot Allan (619 Articles Published) Entertainment reporter, writer, and all-around geek, Scoot Allan has written for print and online media sources like Geek Magazine, GeekExchange, GrizzlyBomb, WhatCulture, RoguePlanet.TV and the Urban 30 before joining CBR, Screencast, GameR ant and The Gamer as a staff writer.

Millions of people who haven’t heard of these characters, especially obscure ones like Ant-Man and the Guardians of the Galaxy, are now familiar with these common household names. There were character deaths with Spider-Man and Wolverine, Captain America temporarily turned into a Hydra agent, and “huge” events like Secret Wars and Spider-Verse kept readers interested.

This what makes Mark Said’s run stand out, as he turns Daredevil back into the swashbuckling vigilante of Hell’s Kitchen. The tone of the book is established in the first scene when Daredevil crashes a wedding to prevent a kidnapping.

Daredevil fights against a Trippe superhuman that can wrap between black spots, and the action just leaps off the page. That energy lasts throughout the story as Matt Murdock gets to revel in this grinning-in-the-face- of-hell attitude that’s so charming and fun to read.

If you’re tired of brooding heroes, give Mark Said’s run a well deserved chance. The Death of Spider-Man centers around Norman Osborn breaking out of Trillion and gathering the Sinister Six to kill Peter Parker. 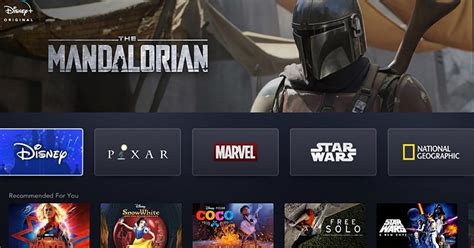 Bends gives not only the best moment of the story, but in the character’s history with Peter’s final words to Aunt May. It’s equal parts heartbreaking and heartwarming because of his failure for Uncle Ben, but he personally gets his redemption by saving May.

That death was the result of a dying Doc OCK switching bodies with Peter in his final scheme. It led to a massive backlash against Scott (which he didn’t deserve at all), but this change added such an interesting wrinkle in the Spider-Man mythos.

While the team up with Captain America and Wolverine seems a little out of left field, it makes sense as they’re all survivors of weapon programs that changed them. There’s still plenty of action and the comedy that are often featured in Deadpool stories, but adding an element of sadness is a welcome addition.

This volume also features a two-issue team-up story with Luke Cage and Iron Fist when Deadpool joins the Heroes for Hire. For now, we’re left with his excellent work on Moon Knight, showcasing the bizarre insanity of Marc Spector.

Harvey brings out this suaveness from Mr. Knight as he’s eloquently sitting in a limo or talking to detectives. One issue Moon Knight will be fighting over a dozen mob enforcers, while in the next, he’ll punch a ghost.

It’s a beautiful mashup of darkness and insanity that makes Moon Knight shine bright. Kamala Khan feels like a fresh breath of air not only for Marvel but comics in general.

The character offers a welcome change of diversity to comics as Ms. Marvel was one of the breakout hits of the decade. A character so popular that creator, Sana Amanda, presented a copy to President Obama in 2016.

While Tom King can do beautiful things with A-List characters like Batman, his most famous work shines when he focuses a light on lesser known heroes. Vision is an android that was created by Patron as a weapon, but instead turns good and fights alongside the Avengers.

It’s a fascinating mix of comedy, tragedy, sci-fi horror, drama, and Leave it to Beaver type sitcom. With good reason too, because Coates’s run on Black Panther does a tremendous job of not only getting a better understanding of T’Calla but also of Wakanda.

A violent superhuman group called The People spark an uprising in Wakanda as T’Calla struggles to adapt and keep his nation from tearing itself apart. Ryan Cooler (director of Black Panther) seems to take a lot of inspiration from this story. 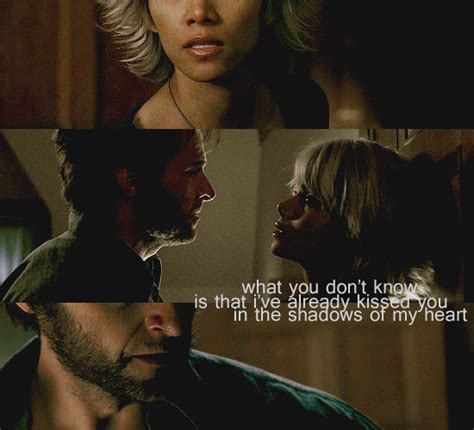 The beauty from its character and location should make fans of the film sought out this amazing comic. Instead of the mindless monster that most people associate with the Hulk, he’s given a dark sense of intelligence that makes him more of an anti-hero.

When Hulk confronts someone, he doesn’t tear off their limbs, but instead buries them deep down in the ground where they can’t escape. Some of the coverage you find on Cultured Vultures contains affiliate links, which provide us with small commissions based on purchases made from visiting our site.

Mark Basso My pick would have to be: VISION by Tom King and Gabriel Hernandez Malta. Annalise Bissau I have a huge soft spot for the books that got me back into reading comics: HAWKEYE and MS. MARVEL.

I fell in love with Becca the Earth girl and Mike’s gorgeous rendering on her, and his colors on this book are unbelievable. There’s one in issue #7 (by guest artist Rich Ellis) that goes through a typical day’s schedule for Janice Lincoln AKA Beetle that I loved for its realness.

There’s an insane “hallway of horrors” spread in issue #12 that features a giant iguana, a shark tank room, and spider-filled Russian dolls among other delights. There’s Overdrive’s “getaway plan” in issue #14 that looks like a souped-up version of those floor rugs with streets and buildings you loved as a kid.

Not to mention, this was a book that took a bunch of villains hardly anyone knew and made you care about them. Arcade is a great villain who’s been criminally underused IMO, and this series put him on the map as someone who should be taken seriously.

I also really fell in love with Tammi (here and in the follow-up series AVENGERS UNDERCOVER), and a huge part of that can be attributed to Key Walker’s wild skills. I’ve had the opportunity to work Key since reading this book, and he’s one of the most thoughtful, careful artists I know.

Everyone who responds to this poll is probably going to mention HOUSE OF X/POWERS OF X as their favorite X-Men books of the decade, and that’s fair. Lindsey Chick JOURNEY INTO MYSTERY (2011) #622-645 by Keaton Gilles et al. is one of my favorite Marvel runs of the decade.

Gilles’s rich storytelling, steeped in British as well as Norse mythology, gave new life (literally) to an age-old character by reincarnating Loki as a child. In so doing, it explored deep questions of damnation and redemption, delivering heart-wrenching pathos mixed with Gilles’s tongue-in-cheek tone that suited the God of Mischief so well.

Charles Sole’s take on Jen Walters, the memorable supporting cast, the (literal) trials and tribulations, the specificity of settings, the phenomenal storytelling of Javier Pu lido, and the gorgeous covers by Kevin WADA! People have been trying to create “the next Spider-Man” since 1963, and in 2014, Willow, Adrian, and Sana Amanda finally did it.

YOUNG AVENGERS by Keaton Gilles and Jamie McKenzie and HAWKEYE by Matt Fraction, David Aka, and Annie Wu This book managed to be both a genuine step forward for the world of the X-Men yet also a love letter to their past, a very tough balancing act.

Brilliant storytelling from Javier and a deeply personal story about pregnancy from Dennis. Kathleen Wishes Someone else better have also mentioned it, but it can’t be said enough: THE UNBEATABLE SQUIRREL GIRL by Ryan North and Erica Henderson (and later Derek Charm) was not only very good, it was very good month in and month out for over four years.

I don’t even have time to get into how formally ambitious THE UNBEATABLE SQUIRREL GIRL could be. On another point in the spectrum is FURY MAX by Garth Tennis and Moran Parlor.

I suspect it was a perfect balance of smart and lurid to be insulated from people who have superficial knee jerk reactions.