Look, if you’re going to believe that an actual Zombie Apocalypse is occurring, then go crazy and suspend all disbelief and form an epic team ! Zombie Massacring Weapon(s) of Choice: Chains, knives, and an explosive Ice Cream Truck.

Good for you, because she is pretty lethal and makes a fine distraction for the brain-munching minions: an Ice Cream Truck chock-full of meat. Sadly, without the rest of her crew in tow, it's only a matter of time before she finds herself caught in the middle of an advancing horde.

Speaking of badass chicks with very particular set of skills, the group has just gotten one step more awesome with the inclusion of one Cherry Darling: a babe with a gun leg. At first her irritation at what was going down -- up to and including her near raping by a completely messed up Quentin Tarantino -- was aggravating.

Then at a most inconvenient moment, she loses a limb and is forced to hobble around uselessly at the behest of El Ray. And when called upon, she'll attach her automatic rifle at the knee, and dive right back into the role that earned her a part on your roster.

Zombie Massacring Weapon(s) of Choice: Though it's hard to believe when we first meet her, Barbara has wits, guts and a willingness to survive. Let's face it, folks, with this line so began the rampant onslaught of zombie flicks for ever more.

Barbara seems meek and maybe a shade naive, but beneath that prim and proper exterior is a bad bitch with an itch to survive. When she and a few others are holed up in a farm-house, her first thoughts fall to her brother who died, so she could escape the zombie at the chapel.

But it's all a matter of time before her will to live kicks into overdrive, and she fights off the groping, moaning ghouls with precision and passion. She'll stay with you for a good long time, but without any real advance knowledge of life outside her own four walls, be it farm-house or otherwise, her tenacity can only go so far.

Zombie Massacring Weapon(s) of Choice: Peter will use whatever's at his disposal, and when locked down in a mall, the sky's the limit. His terrain is a bit limited, but the chances are better than fifty percent that you are going to, at some point, want to get to safety in a fortified location.

And if you lead your group to a Costco or a galleria, well, Peter is your point man, and he'll definitely be the guy making brain spears out of baseball bats and climbing spikes. Zombie Massacring Weapon(s) of Choice: Primarily a Cricket bat, though pool cues will do.

Not only is he witty and charming, but he's a whiz with otherwise useless tools for thwarting the marauding horde. He always has a pretty decent course of strategy, is typically one step ahead of the zombies, and he's not afraid to wander among them when necessary.

And why not have a man whose main draw is the desire to shack up in a pub and knock back a few pints before the zombies trap you for life? Luckily, his cricket bat and Winchester will get him and his girlfriend out safely, even at the turning of his best friend. 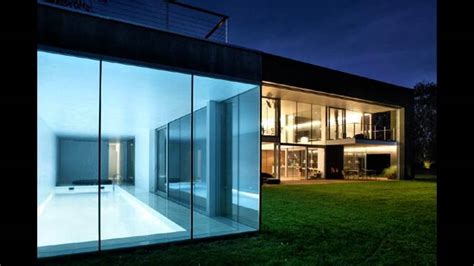 Lionel is as wide-eyed, unbelieving and jittery as they come, especially for a guy who watched his mom and a house full of guests slowly turn into blood-thirsty monsters. His knowledge of zombies is just a shade different from the style the Apocalypse is pouring onto the Earth: he saw a Sumatran Rat Monkey tear into his mum and slowly turn her into the living dead.

His epic usage of a lawnmower to chop up the shambling mess of house guests is legendary! If ever you needed a man who's more than willing and able to grab the nearest tool or lawn maintenance machine, Lionel is the guy.

It's almost a prerequisite to have the snarky, sarcastic, chiseled hunk on your zombie survival team, and you could scarcely do better than Ash. Though, once again, we have a guy whose intimate knowledge of the living dead stems from a trip back in time and, well, because he couldn't remember a few simple words, skeletal creatures called Deadlines rose from their tombs.

Ultimately, Ash's only real drawbacks for lifelong membership into your club are running out of fuel for the saw, and maybe a tendency to not really listen. But it was that particular moment that singularly settled Tallahassee into his role: a zombie destroying, kick-ass soldier of death.

Now that he's decided to fall into your team, since the zombies have devoured his closest friends, he'll definitely be the guy scouring the landscape for usable vehicles, and most definitely food. You most definitely want to be friends with Tallahassee; he'll use everything from guns to shovels, and he'll even regale you with tales about how he met Bill Murray. 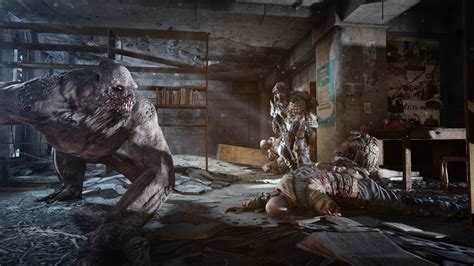 Maybe not the most polarizing character from The Walking Dead, because I can't imagine why anyone wouldn't absolutely dig this dude. His crossbow is absolutely the weapon of choice since even if he somehow can't find any new arrows, he'll yank out the ones he has used right from the skulls of his targets.

Because he's Daryl, and though he might be hard to get along with (and have a bit of a 'lost brother' complex), he's in it for the long haul, and he'll more than kick acres of zombie ass. Zombies are even in our living rooms every Sunday courtesy of The Walking Dead, one of the most popular shows on television right now.

While there are many experienced characters on The Walking Dead, Daryl would be your best choice as far as a friend who could keep you alive during a zombie apocalypse goes. Considering the fact that he's still alive on a show that kills characters off whenever it feels like it, he's got some pretty good credentials.

Paired with his wilderness skills from being a hunter, Daryl would totally keep you alive. Lost is a show with many choices as far as zombieapocalypseteam goes because it’s about surviving off the land, which is one of the things you'd have to do during a zombie apocalypse (since Google Maps, Seamless and Tinder would all be down).

Said is the perfect mix of brawn and brains, who would be totally down to protect a defenseless friend. Tyrion is the smartest character on the show and has survived probably sixteen different situations in which he should have died.

All of those characters aside, Jon Snow embodies the most characteristics one would need in order to survive a zombie apocalypse. Plus, he kills white walkers, which are pretty much the Game of Thrones version of zombies.

While some characters on Scandal have killed, like, way more people (namely, Huck), Jake is one of the B-613 members who do’t seem like a complete psychopath. Considering B-613 members are basically taught to be weapons, he'd do a good job of killing zombies.

Hopefully by budding up with Jake, you'd enjoy the perks of having Olivia Pope around, who would definitely have the whole zombie situation “handled” within a day and a half. In the past 27 years, John McClure has taken down a lot of terrorists from many countries and different organizations.

Plus, the way McClure navigated the LA office building in Die Hard was pretty impressive. He could definitely navigate an escape route if there were ever too many zombies for of' Johnny to take down.

Like Daryl from The Walking Dead, she is a master of what might be one of the most desirable apocalypse weapons: the bow and arrow. She also has the knowledge from being a hunter and can spot footprints, snapped twigs, broken blades of grass and all that jazz.

She survived the Hunger Games, filled with people, animals and nature trying to kill her, so she should be able to take down some walkers no problem. As a third class passenger who was handcuffed to a pipe in the lower level as the ship went down, he nearly survived and would have if Rose would have just shared the goddamn door.

After getting unlocked from the handcuffs, he managed to maneuver the labyrinth that was the Titanic while it was filling with water. As the ship was going down, Jack somehow knew exactly what to do and positioned himself and Rose on the rear, keeping them out of water for as long as possible.

Unfortunately, he was also selfless and saved Rose with no regard for his own life, which is another reason he'd be a perfect candidate for any zombie dream team. The cherry on top: he'd talk you out of a suicide attempt after seeing zombies gobble up your best friend.

Despite his meek beginnings, during the course of Breaking Bad, Walter White arcs into a wondrous anti-hero, who is willing to kill anyone who comes between him and his blue meth empire. He’d be making concoctions to throw at the zombies and wipe out entire groups of them.

In the slasher movie You’re Next, Erin turns the tables on the masked hit men hired to take out the wealthy family staying in a cabin secluded in the woods. It turns out that this female horror movie character was raised in a survivalist community in Australia, so she’s basically one of the most bad-ass “final girls” ever. 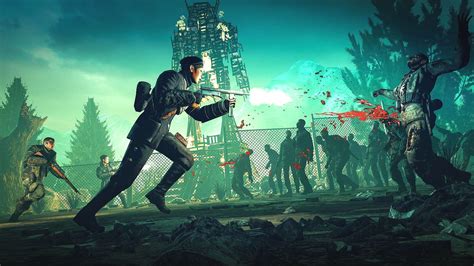 Not only does she take down three hired hit men who were marine veterans, but she also bobby traps the whole house in the process. The other brother, who happens to be her boyfriend, tries to buy her off with money and a proposal, so she does what any bad b***h would do: she sticks a knife in his throat.