As much as you may believe that this is something taken out of a science fiction novel, you don’t want to be the guy that wasn’t prepared for it. Now, the first thing is to select weapons that can kill as many zombies as it’s possible with one single hit. 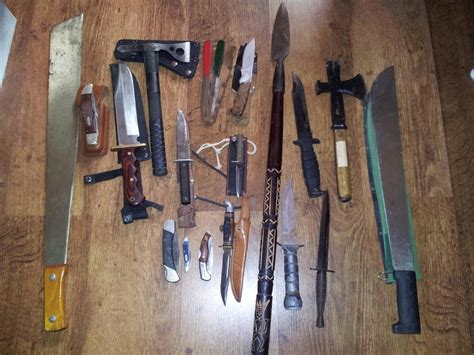 Another thing is to look for weapons that will always be available, unlike gunfire that needs a cartridge to work. The most effective way to kill zombies is putting them all in a specific location and bombarding them.

Now, assuming that you don’t have the resources to do this, and that building a bomb is considered terrorism, you should stick with legal weapons. Unlike Thor, you can avoid a lot of trouble if you go for the head.

Still, you must have a strategy that allows you to hit the head and protect your skin, so you don’t get bitten. This way, if a zombie does come your way on a beautiful sunny day, you’re ready to go for the head and survive the endless night.

You want a strategy that contemplates food, water, shelter, an escape plan, and anything else that you might need. Anyway, let’s cut to the chase and see the best zombie -killing weapons to make sure that you’re the last person standing in this apocalypse.

After you’ve taken care of your shelter, your food, and your water, it’s time to worry about your arsenal. In this case, you have to learn the movements that will allow you to cut their heads off while using the least amount of energy possible. 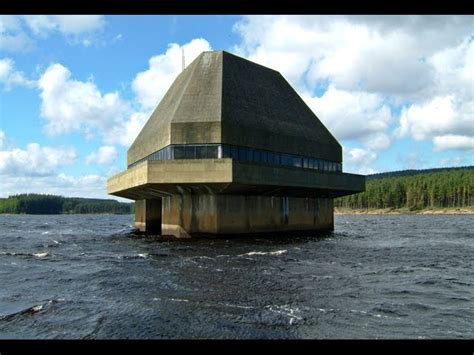 Look for axes with a sharp, metal head and preferably a metal handle. This will ensure that you can hit as many zombie heads as you need without having the axe breaking or becoming blunt.

Another classic of slasher movies and zombie apocalypse stories is the machete. This is one of the best weapons if you’re going to face the jungle, so it’s perfectly suited for a zombie Armageddon.

The endless night will become brighter with a powerful, stainless, sharpened machete. This will obviously cause you a huge problem since you can’t waste precious minutes with your main weapon stuck in a zombie while others are trying to eat you alive.

Another weapon that is going to cut some heads off and smash many skulls is the chainsaw. This weapon will keep you safe and help you cut your way through the most powerful zombie herd like Rambo.

All you have to do is to turn it on and pass the saw through the zombies’ necks while being careful to not get contaminated by the blood spilling all over. The best chainsaw has a tension system, lightweight, and a powerful battery. 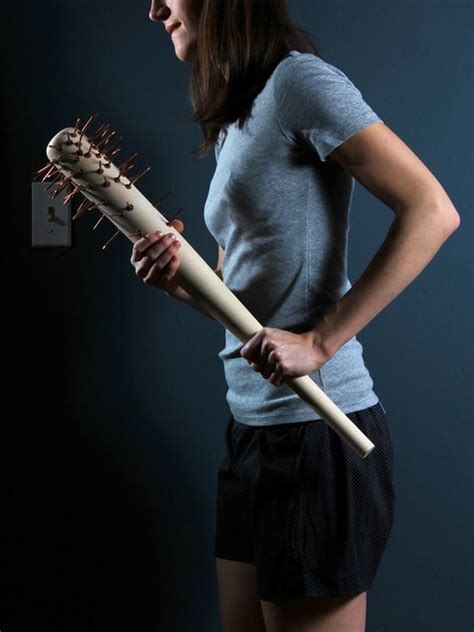 The Green works cordless chainsaw is the best model that won’t let you down when the dead rise. The crossbow is one of the best long-range weapons even though there’s the advantage that it needs ammo, in this case, arrows.

Still, if we’re talking about regular zombies, they’re slow and dumb, so you can still use a crossbow without it being a problem. The good part about a crossbow or any weapon that needs some sort of ammunition is that you don’t get tired while using it.

This won’t happen with the crossbow because you don’t have to force your muscles as much to shoot the zombies. The reason is that it will give you enough time to recharge the weapon after your last shot.

Now, as much as the knife does work in a huge variety of situations, you must be careful if you’re using it to slice some zombies. The reason is that the knife that cuts heads off will contaminate the food that you cook.

The tactical knife is the best type for survival situations because it has the durability and resistance required for tough moments like a forest, zombie herd, and pretty much anything that you can imagine. It’s pretty much a baton with spiked metal pieces at the tip. 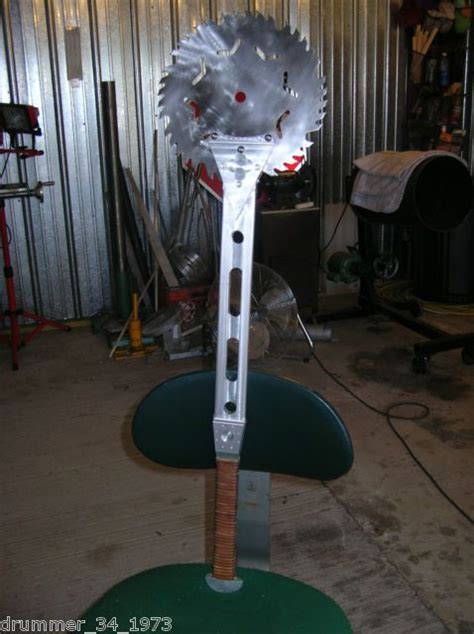 The club is slightly heavier than most other weapons that require you to swing them to hit the opponent. The secret is to hit hard in all directions to make sure you don’t leave a vulnerable spot while you’re fighting one zombie.

The spiked metal pieces will likely give you an important advantage, helping you get out of there before you get bitten. A nice tip is to look for a club that is light while still being able to hit the zombies hard.

You can even make your club with a baton or a baseball bat and creating the spiked metal pieces yourself. This heavy metal bar will break skulls and unlock the gates.

You can fight dozens of zombie herds and not have a single problem with it. Make sure that it’s made from a resistant metal and that it works well with different purposes.

The reason is that eventually, you’re going to run out of ammo and be left with something heavy and useless. Make sure to pick one that you know how to use and that you have ammo when the zombies come knocking on your door. 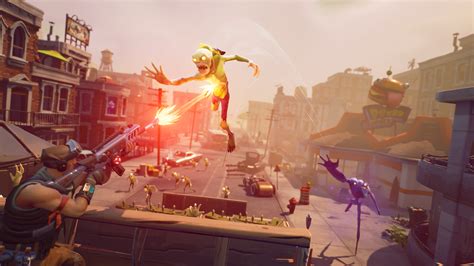 If you follow this and pick, at least, one of the weapons above, you won’t have problems to cut the zombie heads off and survive the rise of the living dead. So, pick your weapons, do your prepping, and create a strategy to survive the long nights when the zombies arrive.

There will be criminals taking advantage of the lack of law enforcement, which means there will be looters ransacking stores and neighborhoods. This article will serve as the ultimate list of survival weapons that you should consider getting for your arsenal, including both firearms and non-firearms.

A .22 rifles can be used for casual linking, small game hunting, pest control, general homestead use, and even defense in a survival situation. A twelve or twenty gauge pump action shotgun will without question be one of the most effective self- defense weapons you can own.

Examples of shotguns in this category include the Moss berg 500, Remington 870, and Winchester SVP. The best type of handgun to use will be a mid-sized 9 mm pistol that has a large magazine capacity while also being fairly easy to conceal.

Examples of pistols in this category include the CZ P10C, the Glock 19, the Smith & Wesson M&P9 2.0 Compact, and the Walther PPQ. If you opt for a revolver for simpler operation, make sure you get a model chambered for .357 Magnum, as you can also shoot .38 Specials to increase its versatility. 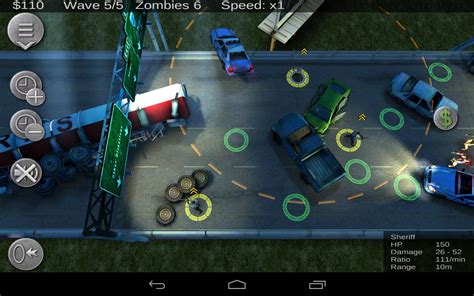 Examples of full size .357 revolvers that would be good options include the Ruler GP100, the Smith & Wesson 686, and the Taurus Model 66. A defensive semi-automatic rifle chambered in an intermediate caliber such as 5.56 will be an excellent option for defending yourself and your home from multiple attackers.

It’s also useful for breaking up ice, field dressing animals, and cutting up branches and foliage, so you can build a shelter. A knife can be a more effective defensive weapon than a gun at extremely close range, and it also fulfills a litany of other uses as well.

Botany can either have a sharp edge to punch holes in an attacker much like a tactical pen, or they can be used as blunt weapons. The machete is thought of more than a utilitarian tool than as a weapon, but the truth is that it fits both roles very well.

A machete can actually be even more effective than a knife for defense because it can help to keep an opponent at bay (not to mention that it can do a lot more damage). One of the best things about a tactical pen is how innocent looking it looks and the fact that it does not draw attention to itself as a weapon (unlike a knife).

Right now, Ape Survival is giving away tactical pens in exchange for joining their newsletter. The tomahawks of today are very sharp and well-built, and also often have a knife-like pointed end on the opposite side, giving you essentially two weapons in one. 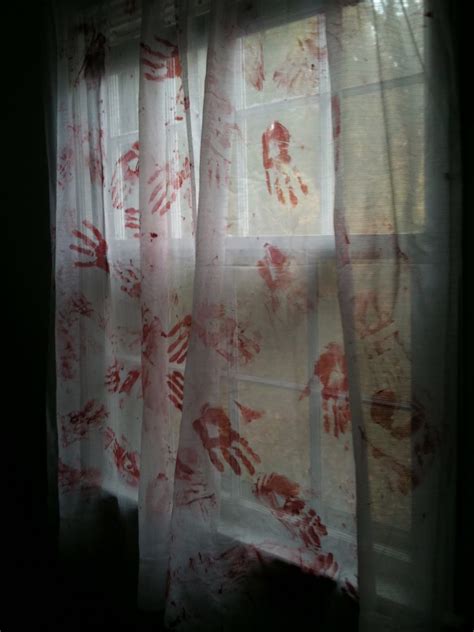 A tomahawk, like a normal hatchet, will also serve you with a number of important utilitarian purposes, such as being able to chop through wood or ice. The baseball bat can deliver a killing blow if you swing hard enough at an assailant’s head, and driving a nail through the end of it would double its effectiveness as well (as cliché as it may sound).

A belt is an example of an everyday item that can be used as a very effective defensive weapon that also gives you plenty of reach. As with the tactical pen mentioned above, all you pay for the knife belt is the cost of shipping.

Brass knuckles are designed to simply increase your effectiveness significantly in a fist. Another benefit to brass knuckles is their lightweight and compact size, and you can easily carry them around in your pocket.

But even if you don’t need to use (or pretend to use) a cane in your daily life, having one close by wouldn’t be a bad idea. The classic hammer can be a very effective weapon for defense and can incapacitate or even kill an attacking person with a single hard blow to the head.

Basically, the monkey fist not is a rope or a string with the end rolled into a ball. The terms ‘stun gun’ and ‘taser’ are often used interchangeably, when in reality they are two completely different weapons. 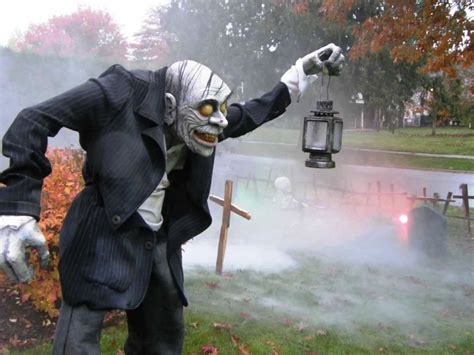 Basically, a stun gun has at least two prongs attached to the end that can deliver an electric shock to an attacker. The reason for this lesser concentration is that it is designed to irritate bears and get them to stop attacking you rather than actually hurt them.

You then twirl the weights above your head before throwing them to trip and perhaps even injure an attacker (even though it should be noted that bolas were originally used for hunting or to capture wild game). A big advantage to the crossbow is that it can be easier to learn and use than the more traditional bow and arrow.

If pepper spray is powerful enough to keep bears off of you, then it can certainly serve the same role against people as well. Besides temporarily blinding and disorienting them, it also causes a lot of pain that they will almost certainly react to, hopefully giving yourself enough time to get away.

Basically, a hand sling is just two strings attached to a piece of fabric or canvas or leather, in which a small rock is held. Slings require a great deal of more practice than slingshots in order to master, but they can be used defensively if need be.

The slingshot is without question one of the most underestimated and overlooked weapons on the planet, for both hunting and defense. The probes can penetrate through clothing (and sometimes even skin) and then emit an electrical current that will shock your attacker.

Obviously, the primary benefit to using a taser over a stun gun is that you can (hopefully) stop your attacker before they get to you. Also known as ‘shrikes,’ throwing stars will have anywhere from three to eight sharped tips, each of which is capable of slicing through skin and flesh.

Throwing stars can be very effective at stopping or at least wounding an attacker before they get to you, but they also require a lot of practice and training in order to master. That being said, each of these weapons fulfills a unique and specific purpose and should prove valuable when the grid goes down.

To begin accumulating these weapons if you haven’t already, you can make a list of what you feel are the most important ones to have, and then work your way from there.