Amidst the same list sits one of the most loved games, Zombie Killing. It offers easy to understand gameplay with 50 fun to play levels, unleashing fresh experience each time. 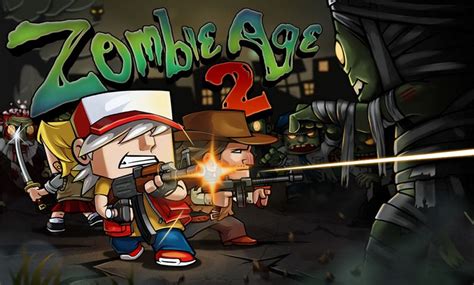 Survive through by rebuilding your settlement, rescuing people, do research to control the spread, and socialize to grow your strength. Offering engaging graphics and a strong storyline, the game deserves all the attention it earned through more than 153,000 reviews and an average rating of 4.7 stars.

From burning forests to froze mountains, survive through the zombie apocalypse and race to save your family. Get armed with modern and powerful weapons not to leave even the single undead alive.

The game comes with an evolving storyline and multiple immersive environments, keeping you engaged throughout. You’ll have to fight with armored and running zombies in seven chapters, 60 levels, and hundreds of challenges.

With more than 100 million downloads and has bagged the award for being the best non-stop FPS action zombie shooter game, Dead Trigger has a dedicated fan base. The game lets you build your hideout and interact with Gunsmith, Scientist, Smuggler, Medic, and Engineer to create a distinct survival strategy.

It offers you over 600 war scenarios to be played in 33 different battlefields and ten regions. To sustain in the challenging environment, give the required diet to self and don’t miss the need for water in your body. 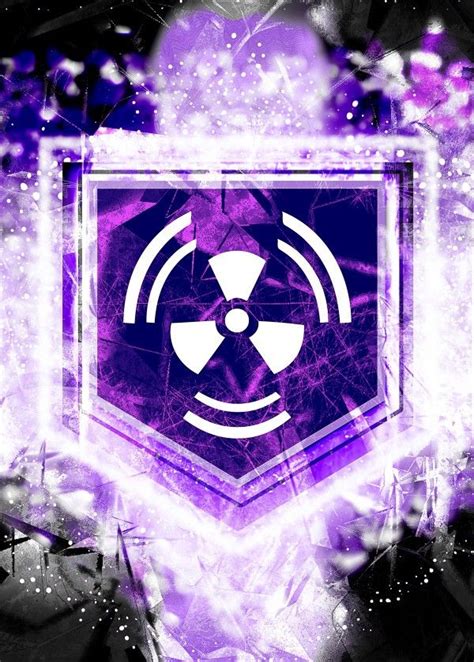 Build a secured fort with strong walls and play a little cunning using various tactics to pass the challenging levels. The gameplay also lets you test your skills by playing against other live players.

The ultra-immersive running game might not provide you the pleasure of killing the virtual monsters, but it will keep you engaged with its intuitive UI and UX. From challenging battle passes to stand and defend mode, the game lets you kick off the adrenaline rush in you.

The game offers you a range of classic and obnoxious weapons to survive through the zombie attacks. It has an equivalent number of zombie species with distinct immunity and power traits.

Besides entertainment, then this allows you to earn additional boosts and bonus items to make you stronger. With an average rating of 4.7 stars by around 7000 users, there’s no way you can skip installing this game at first glance.

The team’s pretty active and keep adding new updates to introduce new modes, features, and content. Offering more than 100 FPS missions to end the spread of Zombies, the game features impressive graphics and sounds to keep you engaged. 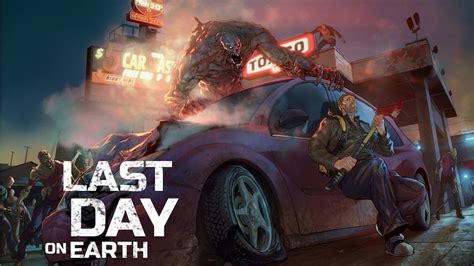 Slay the storm with powers availed during the gameplay and kill the undead most brutally. Be the savior of the world and join other survivors in the zombie killing game.

Don’t forget to wear the latest gears and customize your looks while you kill the zombies. While some might call these weird games, but Zombie killing is one favorite time pass for numerous iPhone users.

If you have played these games in the past, share your feedback with us in the comment section. We continue our journey through the best games and apps for iOS and this list will be sacrificed to walking dead.

We have tested and carefully chosen the bestzombiegames on the iPhone and iPad that offers stunning visuals and scary sound effects. Gun Zombie Hell gate is one of the most popular zombie games for iPhone and iPad with 3D graphics, fun, and simple to play.

This is a First-Person Shooter (FPS) game where you will face the hordes of zombies and have to shoot to kill as much as possible. The graphics are very accurate and very horror, the game has no history and has no strategy, just a shooter continuously divided into levels. 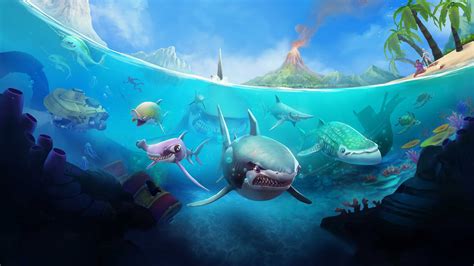 Dead Trigger follows a similar line to most zombie games : the post-apocalyptic era and a virus that turns humans into zombies. You command an army made of plants of all kinds, and you must defend your house (or other location) from a horde of zombies hungry for brains.

The game also gas some RPG elements that lets a player to train characters and upgrade with various weapons. Contract Killer is a superb bounty hunter game with a story of survival in a world overrun by zombies.

Immerse yourself in the role of Lee Everett, a convicted criminal who gets a second chance in a world devastated by full of zombies. Try barreling down the street with zombies giving chase, weaving between bodies as the creatures jump aboard and do their best to tip over the vehicle.

This time it's set in a dark authoritarian regime where a mind-controlled zombie army is being amassed. A sharp dungeon crawler with a neat zombie twist, Death Road to Canada has way more charm and brains than your average undead-blaster.

Party management and tough decision-making play a part in this compelling adventure. The game that launched a mini franchise and popularized the lane defense sub-genre, Poplar's Plants vs Zombies remains an accessible yet tactical treat to this day. 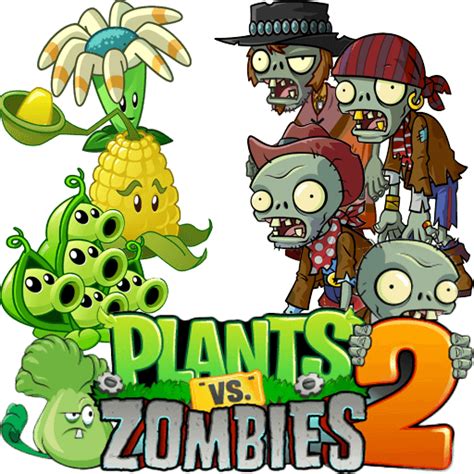 There are three series of Telltale's Walking Dead adventure games on the App Store. However, it's worth treating them as a single entity, because they're all about meaningful narrative choices and character development amidst all the undead carnage.

This sequel to Pompom's superb first person autorunner focuses more on the action, with a heavier emphasis on gun play. It's not particularly involved or deep, but this board game conversion provides a healthy dose of light tactical RPG action featuring a bunch of brain-munching zombies.

Infectonator is another game to turn the standard zombie apocalypse story on its head. Here you are actively trying to ravage major cities with your zombie hordes, making for a gleefully dark casual strategy experience.

Something of a forgotten minor classic of the App Store, Minigore 2 is a colorful twin-stick shooter that continues to impress with its relentless and improbably cute zombie -culling action. The Plants vs Zombies series embarks on an unexpectedly accomplished parallel career as a card battler, retaining enough of its lane-defence heritage to remain true to the original. 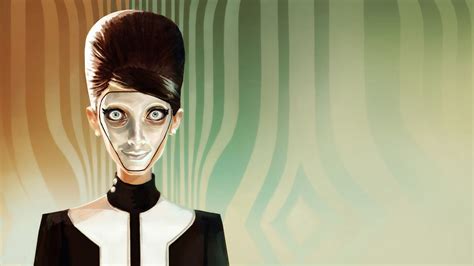 This technically impressive, generously proportioned first-person shooter is packed full of zombie head-popping arena action. A neat twist on the runner genre that sees your American football player joking past hoards of the undead, utilizing speed boosters and other environmental elements as you head for the end zone.

Lead your team of soldiers around a map blasting the undead in this deep strategy game. A decent strategy game based on the most popular zombie TV show ever made.

It's more than a little Jacky, but few mobile survival games place you into a brutal post- zombie -apocalypse world quite as convincingly as Radiation City. The popular Guns'n'Glory tower defense series gets an undead twist, as you take control of four gunshot girls fighting back a zombie outbreak.

Rather it's a theme, which can be stretched across all manner of genres, from tower defense to FPS to roguelike RPG. If you are one of the zombie games Fans then you are at the right place because we have handpicked the bestzombiegames for you.

In this comprehensive guide, we will share the bestzombiegames for iPhone and iPad. It brings the awesomeness of Plants vs Zombies 1 to the new game along with improved graphics and various unique features. 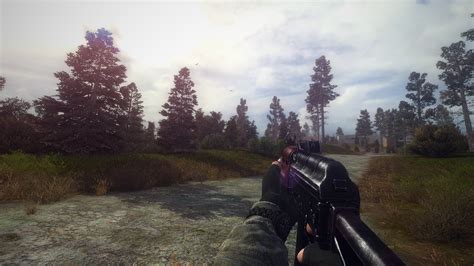 In this journey, you will be fighting a lot of powerful zombies, and you will also be taking a lot of decisions that will drive the story and every decision will affect the ending. The game comes with multiple endings, 7 different chapters, 60 stages and hundreds of challenges.

You will also have access to powerful melee weapons and advanced firearms and explosives to kill the zombies. Zombie Frontier 3 is one of the bestzombiegames out there which provides console-level FPS gaming experience on your smartphone.

The game comes with stunning graphics, solid gameplay and number of deadly weapons to kill the zombies. You can play it for free but there are optional in-app purchases in the game.

In the game, you are playing the role of gunmen of AC-130 gunship and your goal is to protect the people from the zombies. The game also features the occasional rescue missions as well but most of the time, you will be just shooting and having fun.

In the game, your mission is to catch the zombies and kill them using nets and other weapons available. It also comes with offline functionality, so you can play the game during your journey or to kill time. 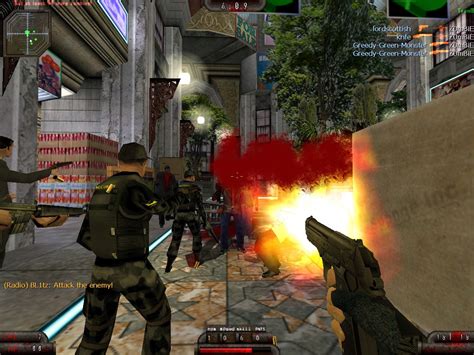 In the game, you are stranded on an island full of zombies, and you will have to survive without any external help. In the game, you will be partying on a beach along with other zombies until you are hit by airstrike and bullets.

You can also infect other people if you want and turn them into zombies to help you and attack your enemies. The gameplay is also very similar to classic pinball, you hit the zombies using the pinball-type weapon.