But what they lack in these departments, they more than makeup in bloody action sequences and display of dismembered body parts. Add some comic relief in true Japanese style, and you have a complete entertainment package. 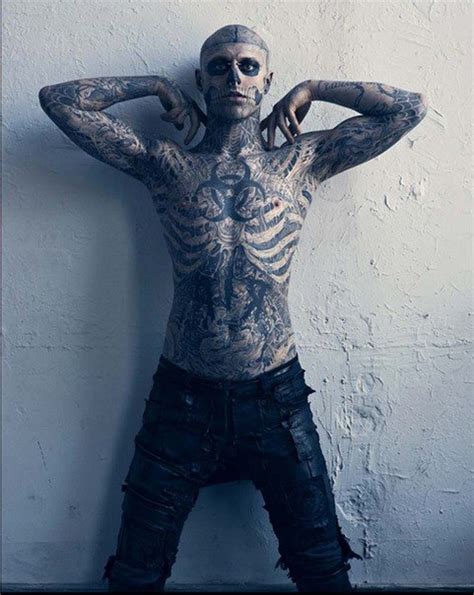 A low-budget movie director goes off to an isolated location with the cast and crew. Instead of being shocked and scared, the director is delighted and starts shooting the film with the real zombies.

Due to the different entertainment elements, it makes for a great watch. Different storylines bring an escaped convict, a gang of Yakuza battle, and a mysterious girl to this place.

Plot: The US Military stationed in Japan along with a Japanese scientist carry out medical experiments on dead bodies. The facility is finally closed, but a few people are still carrying out the experiments on their own.

When the experiment results in one of the dead bodies waking up as an undead zombie. As some jewel thieves use the old, abandoned building, the zombies emerge and attack them.

The movie is a good watch for the zombie -nerd genre fans. One evening, while returning home from work, he witnesses a road accident. 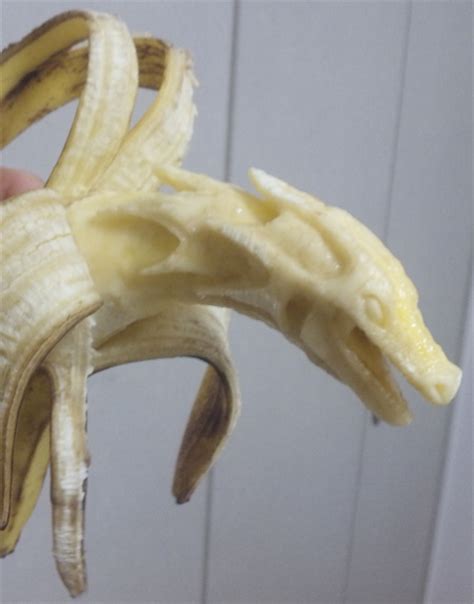 As Video wonders if this was a hallucination, stranger things start happening around him. The infected people are being turned into zombies who want to eat the first human they can find.

The storyline is extremely silly which adds comedy to the horror factor. Plot: Ace, the protagonist, is a huge fan of the Japanese rock band Guitar Wolf.

Watch it for action, humor, dancing, singing, all in one 54-minute movie! Plot: Six young friends are wrongly accused of a crime they never committed.

Gino’s classmates are turning into zombies, and she must fight them or lose her chance to graduate from middle school! So as she goes around lugging a large chainsaw with her and cuts up zombies, there’s a lot of blood and gore to be seen if you have the stomach for it.

But the movie is a Westernized and modern take on the Japanese cultural dynamics. Plot: Japanese schoolgirl Sakura’s town is in danger. 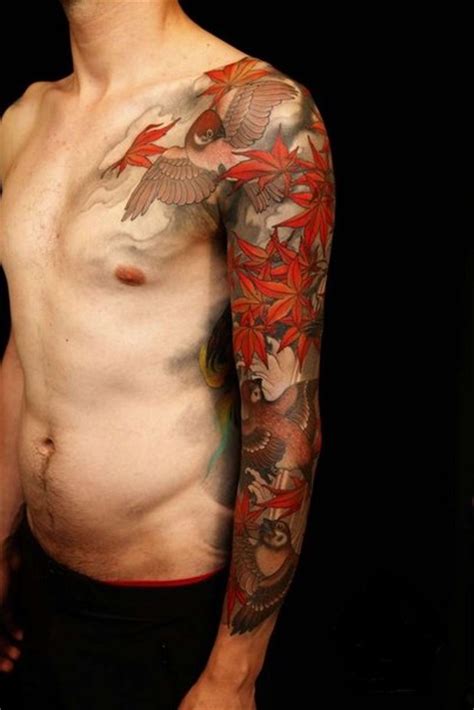 All men in the town are turning into zombies and killing the women. As Sakura loses dear ones, she is battling with a wave of insanity coming to her due to the trauma.

On her quest to find the boy, Sakura meets a mysterious and dangerous woman. This article by Kayleigh F. Murphy analyses the zombie movie genre in Japan.

These TV Series featuring Kailua (Huge Monsters) could be just what you are looking for! With plenty of incredibly enjoyable titles in their long history that simply don’t get the publicity in America due to way too much coming out here already, it’s time to offer a spotlight on some of these under-appreciated and overlooked gems from Asia.

And the time-frame of putting it in the late 1950s is quite important in that context, even if it turns out to be more of a vampire film than a zombie entry judging by some contradicting reports and rumors that have made both claims. An absolutely essential entry, this South Korean take on the Spanish/Italian classic The Living Dead at Manchester Morgue plays things in much the same manner as we get a similar setup.

Part of the Golden Age of Hong Kong movies, this stellar two-pack of action/comedy/horror films focuses on the more of a ghostly vampire side to the genre rather than the typical rise-from-the-grave effort. Full of outrageous pratfalls, silly slapstick and relentless energy, their zombie status might be somewhat questionable but these two entries are surely some of the finest films from that time-period.

A South Korean take on the Mr. Vampire series, this wacky effort was outrageously intended to be a children’s film, despite all the seriously loony elements on display. While the Golden Age of Hong Kong cinema was starting to run dry by the time the 1990s rolled around, stalwart director Jeffery LAU was able to contribute one of the finest late-era efforts of the scene.

A comedy-laden affair with a serious touch, this finds the rock-n-roll band Guitar Wolf coming to the aide of a mega-fan when an alien invasion starts to bring the dead back to life and threaten humanity. Filled with the typical Japanese bizarre humor, completely nonsensical storylines and letting the band share their wild stage personas in fine form, this might not appeal to all because of that sense of goofiness from the country but for those that can appreciate it, this will certainly be a lot of fun.

Taking their cues from Italy and America for its visual aesthetics, this one concerns a group of jewel thieves dropping off their prize in a supposedly abandoned factory only to find the place overrun by zombies from a failed medical experiment. A meeting between various gangsters goes awry in a forest sitting over one of the Gates of Hell when the zombies of those killed there previously reanimate and begin tormenting the living people still there.

The film manages to mix together high-energy martial arts action and swordplay, Hong Kong-influenced gun play, corny one-liners and plenty of twists and turns in a complex storyline. In the wake of a viral outbreak throughout Bahrain, a group of strangers becomes acquainted with each other when they realize that they must unite to ward off the undead plague.

There are not many Middle East zombie films apart from this, a few from Israeli and one from Turkey. Phenom Pen his changed after a deadly flu virus spreads through the city, turning its citizens into undead like creature with a taste for flesh.

Join a group of survivors who battle to stay ... See full summary ». Sounds like a zombie movie from the little, but even the tiniest bit of information about this is difficult to find.

What is the connection between his disappearance and the evil Chang and his hunchback assistant? Who are the mysterious sisters being carried... See full summary ».

While lecturing in China, Van Helsing agrees to help seven kung fu trained siblings reclaim their ancestral mountain village, now the domain of seven powerful vampires and their army of undead slaves. An evil magician and his zombie minions are up against a trio of doctors who are on a mission to find the cause of an outbreak of unknown diseases caused by his spells.

Rescued from his house as a child and sent to the Shaolin Temple, Chu Shia Chief learns the martial arts and the virtues of patience and mercy. Upon reaching manhood, Chu sets out to ... See full summary ».

Aka The Fairy, the Ghost and Ah Chung Two Ming patriots spend their days helping the weak and rescuing damsels in distress. 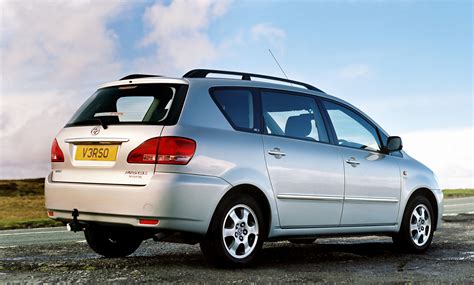 This alum gets them in trouble, though, as they are captured and then volunteered to go after the ... See full summary ». A criminal comes to town in order to kill Billy Chong over a past dispute.

But instead of getting his own hands dirty, he hires a Taoist wizard to animate some zombies to do the job for him... See full summary ». The gates of hell open to let out the ghosts of the dead Chen Sing is visited by his deceased father, who tells the young man that his enemy is a priest who commands the dark forces of ... See full summary ».

A woman who was raised by wolves seeks revenge on Red Devil, the villain who ordered the murder of her parents. A man (Mike Wong) helps Gen. Ching's daughter recover stolen treasure on the Chang River.

A gang of opium smugglers, disguised as Taoist Priests transporting hopping corpses, are hired to transport a real dead body to its final resting place. The figure of an evil genius is stolen by a photographer.

At night the genius comes to life and rapes his girlfriend while both of them are drunk. A Hong Kong man vacations to Nepal where a local tribe imbues him with magical powers which he must use to fight a growing evil. 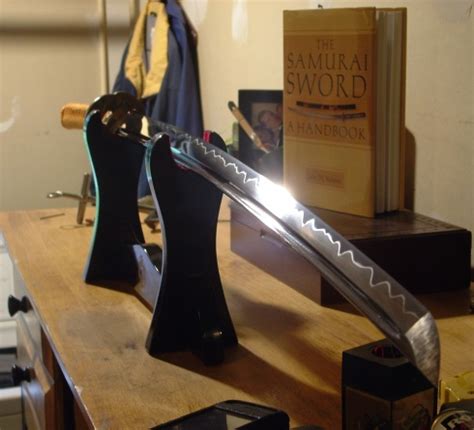 They find out that the boutique used to be a theater which burned down 30 years ago. Tao, one of the spirits, has to seek revenge on the person who caused the accident.

After a string of bad luck, a debt collector has no other choice than to spend the night in a haunted temple, where he encounters a ravishing female ghost and later battles to save her soul from the control of a wicked tree demon. We begin with Who Kosygin demonstrating the use of a Katina, saying nothing about the film he is introducing.

When Gordon is taking his girlfriend's picture in Hong Kong, several Caucasian ... See full summary ». Specially trained government troops are sent to clean out a city that is plagued by vampires, ghosts and cannibalistic zombies.

The fate of the entire hotel industry is at stake. A group of evil black ninjas have threatened to insinuate themselves into the industry, take over, and transform the operation into something unspeakable.

Archaeologists looking for artifacts in Thailand meet black magic and zombies sent by an evil Shaman. Ethan, a young man, is beaten while his father is killed by a group of thieves. 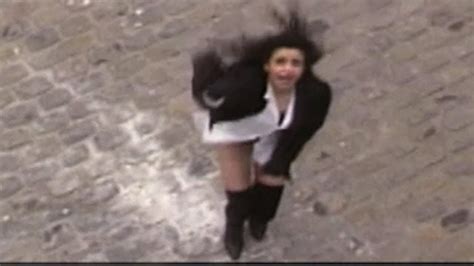 With the help of an undertaker, Ethan trains in kung fu by fighting the dead. Impoverished tea house worker (and martial-arts student) AAO is engaged to his boss' daughter, Little Chu, and fights to protect her from the lecherous advances of the wealthy but repulsive... See full summary ».

A former cop rejoins the police department to investigate a drug ring that employs ghosts and vampires. Although this is sometimes called Mr Vampire 5 and Lam Ching King returns, he is a policeman (although does his share of Taoist ghost busting) fighting a witch who raises the dead for her own ends.

CIA Anent Harry is bitten by a man who was part of a deadly experiment involving the ability to withstand pain. Martial arts/horror movie from critically-acclaimed Hong Kong filmmaker Sui Hark.

In 19th century China, an evil monk awakens a nest of vampires hell-bent on devouring human life. The plot thickens as the heroes, PAK and Had, discover a horrible plan by the evil genius “DR. Magma” as he makes the evil dead come to life and fight the Shaolin monks that have mastered the art of fighting.

Down-on-his-luck gambler Kan Au (Sam Lee) owes a big sum of money, and needs to go on a winning streak soon or the loan sharks will take the interest from his hide. A beautiful woman is kidnapped by zombies from a hospital and finds herself imprisoned in a terrorist laboratory. 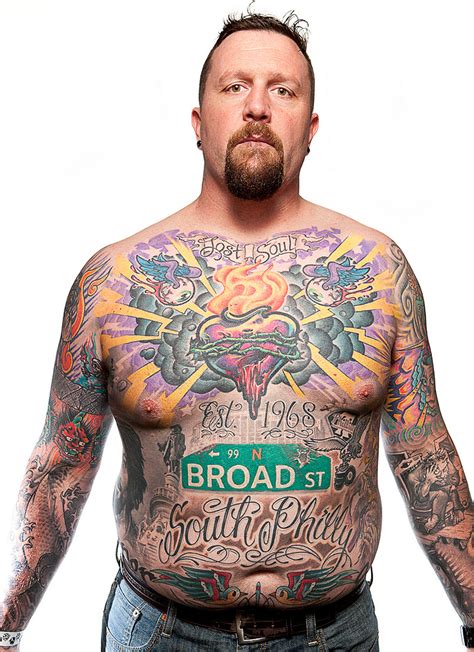 A group of thieves breaks into an industrial complex to pull off a jewelry heist, but stumble upon a hidden laboratory where unorthodox SARS and Ebola experiments are taking place on stolen ... See full summary ». Marine Captain Dan Hills, also a scientist is working on genetic experiments.