Now, the first thing is to select weapons that can kill as many zombies as it’s possible with one single hit. The most effective way to kill zombies is putting them all in a specific location and bombarding them. 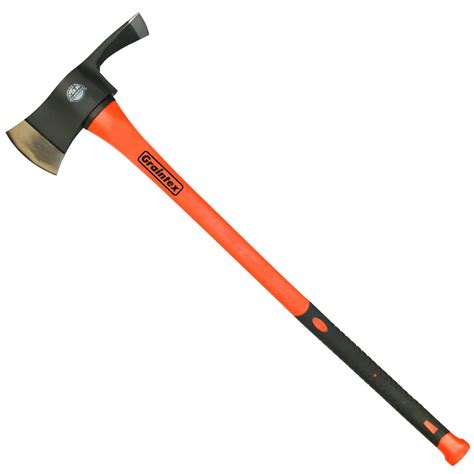 Now, assuming that you don’t have the resources to do this, and that building a bomb is considered terrorism, you should stick with legal weapons. Unlike Thor, you can avoid a lot of trouble if you go for the head.

Still, you must have a strategy that allows you to hit the head and protect your skin, so you don’t get bitten. This way, if a zombie does come your way on a beautiful sunny day, you’re ready to go for the head and survive the endless night.

After you’ve taken care of your shelter, your food, and your water, it’s time to worry about your arsenal. In this case, you have to learn the movements that will allow you to cut their heads off while using the least amount of energy possible.

Look for axes with a sharp, metal head and preferably a metal handle. This will ensure that you can hit as many zombie heads as you need without having the axe breaking or becoming blunt.

Another classic of slasher movies and zombie apocalypse stories is the machete. This is one of the best weapons if you’re going to face the jungle, so it’s perfectly suited for a zombie Armageddon. 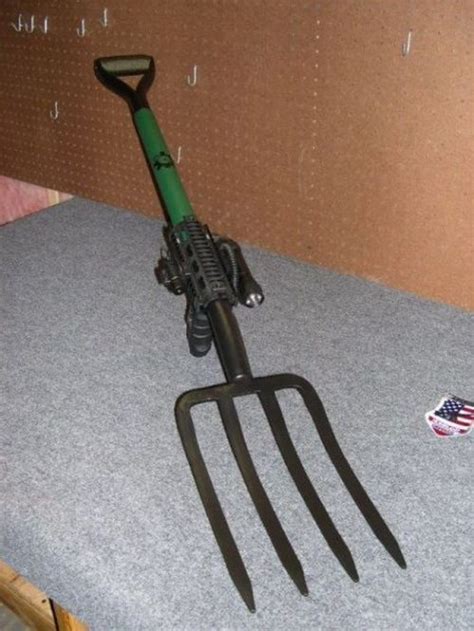 The endless night will become brighter with a powerful, stainless, sharpened machete. This will obviously cause you a huge problem since you can’t waste precious minutes with your main weapon stuck in a zombie while others are trying to eat you alive.

Another weapon that is going to cut some heads off and smash many skulls is the chainsaw. This weapon will keep you safe and help you cut your way through the most powerful zombie herd like Rambo.

All you have to do is to turn it on and pass the saw through the zombies’ necks while being careful to not get contaminated by the blood spilling all over. The best chainsaw has a tension system, lightweight, and a powerful battery.

The Green works cordless chainsaw is the best model that won’t let you down when the dead rise. The crossbow is one of the best long-range weapons even though there’s the advantage that it needs ammo, in this case, arrows.

Still, if we’re talking about regular zombies, they’re slow and dumb, so you can still use a crossbow without it being a problem. The good part about a crossbow or any weapon that needs some sort of ammunition is that you don’t get tired while using it. 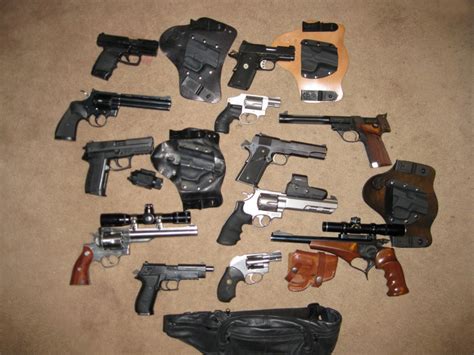 This won’t happen with the crossbow because you don’t have to force your muscles as much to shoot the zombies. The reason is that it will give you enough time to recharge the weapon after your last shot.

Now, as much as the knife does work in a huge variety of situations, you must be careful if you’re using it to slice some zombies. The reason is that the knife that cuts heads off will contaminate the food that you cook.

The tactical knife is the best type for survival situations because it has the durability and resistance required for tough moments like a forest, zombie herd, and pretty much anything that you can imagine. It’s pretty much a baton with spiked metal pieces at the tip.

The club is slightly heavier than most other weapons that require you to swing them to hit the opponent. The secret is to hit hard in all directions to make sure you don’t leave a vulnerable spot while you’re fighting one zombie.

The spiked metal pieces will likely give you an important advantage, helping you get out of there before you get bitten. A nice tip is to look for a club that is light while still being able to hit the zombies hard. 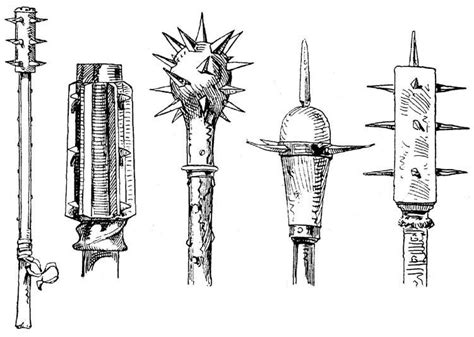 You can even make your club with a baton or a baseball bat and creating the spiked metal pieces yourself. This heavy metal bar will break skulls and unlock the gates.

You can fight dozens of zombie herds and not have a single problem with it. Make sure that it’s made from a resistant metal and that it works well with different purposes.

The reason is that eventually, you’re going to run out of ammo and be left with something heavy and useless. Make sure to pick one that you know how to use and that you have ammo when the zombies come knocking on your door.

If you follow this and pick, at least, one of the weapons above, you won’t have problems to cut the zombie heads off and survive the rise of the living dead. So, pick your weapons, do your prepping, and create a strategy to survive the long nights when the zombies arrive.

We all know it would be smart to grab batteries, medical supplies, lighters, flashlights and any other items to keep handy, but which thing are you reaching for when you need to kill a zombie trying to make you join the ranks of the undead? Read more: Here’s all the ‘Saw’ Easter eggs in ‘The Invisible Man’ and ‘Upgrade’ Crowbar This is easily one of the best things to have in a zombie apocalypse. 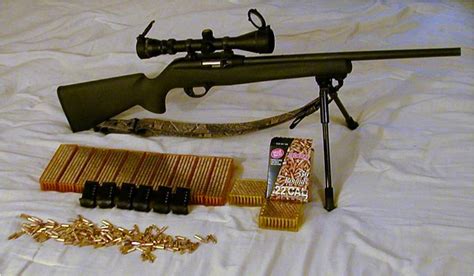 Crowbars are light to swing and fit in belt loops easily if you need both hands free for a moment. If you come to a door or some sort of barrier that you need propped open, you can use a crowbar for its literal purpose and get back to using it as a weapon afterward.

You’ll also never run out of gas like you would with a car and can easily carry your transportation around, unlike with a bicycle. Any bladed weapon could help pick through a wooded area, but a machete is designed to chop through trees.

Both ends provide different uses for killing zombies, whether you need to bludgeon or slice straight into their heads. Read more: Billie Eilish and Billie Joe Armstrong are rocking living room benefit sets Flamethrower Let’s be real: A flamethrower is ridiculously stupid to use in almost any situation.

On top of that, you’re setting zombies aflame as they march toward you, meaning you’re forcing more danger on yourself. Sure, it seems like a good way to mow through a crowd, but one wrong step and the blade is being pushed onto you instead.

Read more: ‘Stranger Things’ star thinks season 4’s 2021 release will be “pushed back” Gun Everyone likes to think a gun is the best thing to have in a survival situation, but it would actually be pretty ineffective in a zombie apocalypse. Aiming, knowing how to clean and care for it, the actual mechanics of using the gun and more would all make it a useless tool for a vast majority of people. 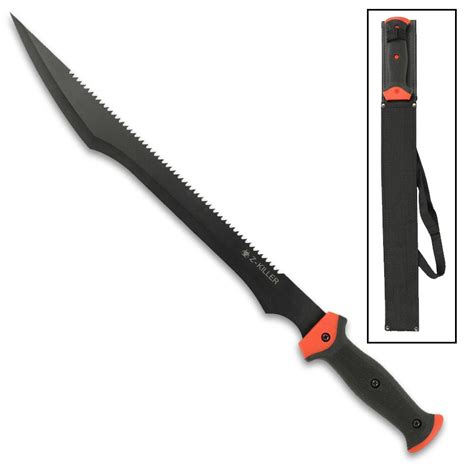 The characters on the show have used everything from human bones to chairs to living tigers to kill walkers when necessary, and thank God they have. Now, audiences are able to realize which weapons would be the best to help them kill zombies, and which would be… Well, completely useless.

Perhaps because they could be so useful as to render the plot itself use less if the weapons are used properly, but guns are pretty much useless when they come out against walkers. One of the most iconic weapons on the show after Daryl’s crossbow, Began’s baseball bat Lucille is another familiar sight at cons and in fan art alike.

Being a wooden baseball bat wrapped in barbed wire, Lucille is both instantly recognizable and incredibly threatening. When Began uses Lucille against Abraham and Glenn, bashing their heads in and killing them both, the barbed wire bat left a strong and horrifying impression on audiences of The Walking Dead.

Glenn is a master of improvisation, which he proves when Daryl’s cruel brother, Merle Dixon, locks him in a room with a walker. Even if you don’t remember him as Rick’s right-hand man and the hero who died saving Carol in season three of The Walking Dead, you might just remember T-Dog using a fireplace poker to make his way out of the West Georgia Correctional Facility. 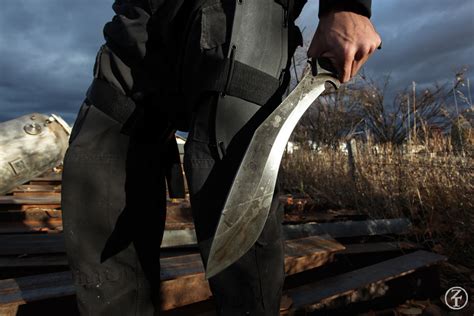 While Machine is a force to reckon with and Carol is an ever-present threat, Daryl doesn’t exist in the comics universe and is many fans’ absolute favorite character. On occasion, they will attempt to combine all three, as there really isn’t too much to life overall than fear, love, and laughter.