There is a weird sick pleasure in watching blood being splattered around like water and people getting killed like flies. No one know why do we enjoy watching scenes that in normal world would make us sick.

Most are nowadays preferring to watching movies sitting in the comforts of their home. So, if you are planning to watch a zombie movie with a bunch of your friends, you can just invite them to you house and it is on TV or laptop.

Here’s the list of top zombie movies on Hulu that are our recommendations for you and your friends. This sequel to Danny Boyle’s ’28 Days’ is a good zombie movie.

You get scary scenes, you get action sequences, you get the infected trying to kill you, and all the while there’s a chance of all hell breaking loose. The Rage Virus which had struck mainland Britain has been taken control of.

With the American intervention, the area has been successfully quarantined and depopulation efforts are ongoing. Turns out that one of them has a terrible secret that very well may put the entire population in jeopardy again.

Will the recovering population survive another brutal and annihilating wave of the infected? If you like gory and scary stuff and don’t care much about plot then go for ‘V/H/S 2’.

The direction of the film is like its predecessor and the story is told via watching of several VHS tapes. While some stories have a decent concept the execution might be a bit poor.

After all, this movie relies heavily on gory stuff to get to the audience. They are working to find clues to the disappearance of a male college student.

There appears to be no one in the house but there is a collection of VHS tapes and televisions in a room. They stop the recording and watch it from the beginning only to discover strange and scary stuff that messes with them dangerously.

Don’t go out looking for interesting plots and unexpected twists but rather try to immerse in the silliness of the film. On the Plum island, Patrick O’Flynn and Seamus Mildew are the heads of two feuding families.

I love Simon Egg’s acting and enjoy his role in the ‘Mission Impossible’ films. This funny and satirical take on a zombie apocalypse is really entertaining to watch. 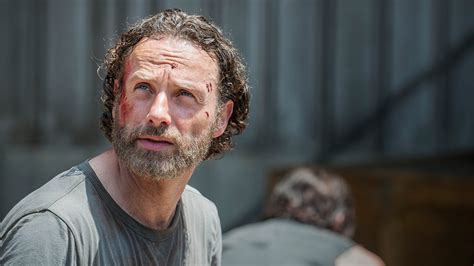 This is the day Shaun wakes up and decides to turn his life around and fix things. This requires him to reconcile with his ex and win her back and also try to mend his relationship with his mother all the while trying to deal with the zombie apocalypse that has struck London.

Yup, that’s the challenge you need to get your life back on the track. Rec (2007) Let’s again shift our gear back to the serious scary stuff.

The movie is appropriately scary with an interesting enough plot and nice performances. Fortunately, for the duo, the firemen receive a distress call from a building, and they suit up to go.

The firemen accompanied by two policemen enter the building and are followed by our reporter and cameraman. Brad Pitt stars in the zombie -themed movie ‘World War Z’.

The plot of the movie is nice and the performance of the actors are great. Brad plays the role of Gerry Lane a retired UN investigator. 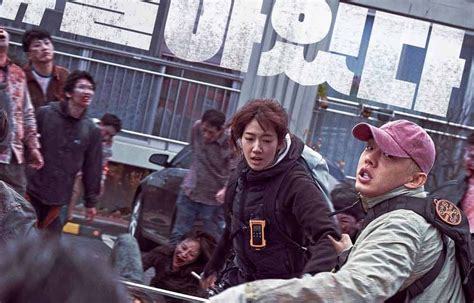 Now, since the job is over he decides to return to Philadelphia and devote his time to his loving wife and two daughters. Thankfully, Gerry’s boss wants him back on the team and thus he and his family get a spot on the safe air carrier.

With his family safe, Gerry needs to get back to work. Movies like ‘Zombie land’ and ‘Shaun of the Dead’ has exploited that fact beautifully and have captivated audiences worldwide.

No, you will not love it and recommend it to your friends but yes you will have a few giggles as you watch this movie. Terrorists decide to use a biological weapon that contains infectious zombie virus.

I mean it because if you haven’t come across it in any list featuring zombie movies then while watching it you wouldn’t have had a single thought about it being a zombie movie. I liked the refreshing approach to a genre that has been exploited since time immemorial.

She has had a rough break-up with her girlfriend Nikki and to cheer up decides to attend a party. The days that follow are quite strange for Samantha as her body starts changing.

Ana cuddles up with her husband and does not pay any heed to the news that is showing reports of a plague. Soon, a young girl from next door enters their room and bites her husband.

Ana flees the house and escapes in her car only to find that everyone in the town has gone mad and are feeding on people. After her car crashes she is saved by Kenneth and they along with other survivors lock themselves up in a mall.

There they learn that a plague has struck the nation where people have turned into zombies who crave human flesh. I was searching for vintage horror movies when I landed on ‘Night of the Living Dead’.

Barbara is one of the main characters in the movie who along with her sibling Johnny go to the cemetery to visit their father’s grave. Barbara manages to flee and takes asylum in a farmhouse.

Well, the master of zombie movies George Romero is back with another zombie flick named ‘Land of the Dead’. Here, the world is infested with the undead and the people who have survived the epidemic have closed themselves off in a fortified city. 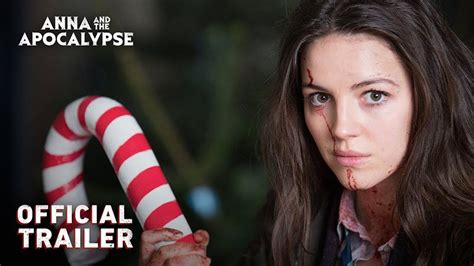 Beyond the walls of the city lie the undead who are constantly on the lookout for fresh meat. Within the city, rich people live in skyscrapers while the poor try to survive on the street.

But soon internal tension begins which might end up causing trouble for the people. Liz wants to reopen the hotel and spends her savings trying to renovate the place.

Dr. John McCabe feels for Liz and assists her in investigating the deaths. Liz then meets a blind woman who tells her to leave the place as soon as possible as there is an impending danger.

The gates of hell open and the dead re-enter the world of the living. The Best Zombie Movies and TV Shows on Hulu | ReelgoodFeedback& more all in one place.

Check out our list of the bestZombiemovies and TV shows of all time streaming on Hulu. Year: 2009-2021Rated: TV-PGSeasons: 6 What it's about: Follow the lives of a group of students at what is possibly the world’s worst community college in the fictional locale of Greendale, Colorado.

112 episodes (100%) are available to rent or buy from $1.99 on 6 services (iTunes, Google Play, Prime Video & 4 others). Released: 2012Rated: R What it's about: Five college friends spend the weekend at a remote cabin in the woods, where they get more than they bargained for.

This spin-off set in Los Angeles, following new characters as they face the beginning of the end of the world, will answer that question. Where to Watch: 77 episodes (100%) are available to stream on a popular subscription service (Hulu, Phil, both & 2 others).

What it's about: For over a century, the mysterious Hell sing Organization has been secretly protecting the British Empire from undead “freaks.” When Sir Integral Hell sing succeeded as the head of the organization, she also inherited the ultimate weapon against these undead enemies, Placard, a rogue vampire possessing mysterious and frightening powers.

What it's about: Thomas leads his group of escaped Gliders on their final and most dangerous mission yet. To save their friends, they must break into the legendary Last City, a WCKD-controlled labyrinth that may turn out to be the deadliest maze of all.

Released: 2019Rated: R What it's about: Dr. Louis Creed and his wife, Rachel, move from Boston to Ludo, in rural Maine, with their two young children. Hidden in the woods near the new family home, Ellie, their eldest daughter, discovers a mysterious cemetery where the pets of community members are buried.

What it's about: When the world is struck by a deadly pandemic that turns humans into zombies, Takashi Romero and several of his classmates at Fuji mi High School try to survive the apocalypse. 12 episodes (92%) are available to rent or buy from $1.99 on 3 services (iTunes, Google Play & YouTube).

In a world ravaged for years by a virus that turns the infected into zombie -like cannibals, a cure is at last found and the wrenching process of reintegrating the survivors back into society begins. It is the duty of Hell sing, an organization sponsored by the British government, to hide that frightening fact and protect the blissfully unaware populace.

What it's about: One day, New York City as we know it vanished overnight into a mysterious fog. Leo, a journalist and photographer who arrives in the city, is unexpectedly recruited to join their ranks.

Along their epic adventure they encounter malicious sirens, warrior women on a mission of revenge and an unstoppable army of the undead. Find the perfect movie or TV show with the Feelgood mobile app.