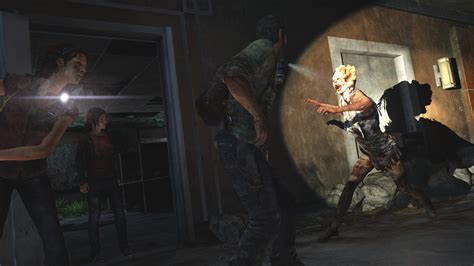 List By Eric Soul | Updated 1 week ago | 5 Min Read Zombie game is the most common type of survival game that you will find across all platforms.

For today’s list, we will be looking at the top 10 zombie survival games online. There are all sorts of online zombie games in this list: single player, multiplayer, text-based, MMORPG, co-op, tower defense, and strategy. 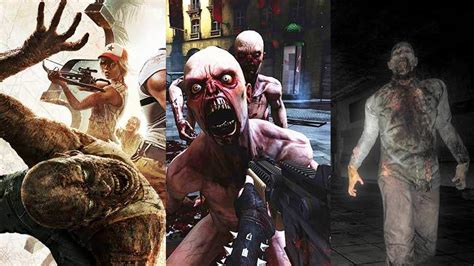 The games included in the list runs on WebGL that has a minimal security risk. Dead Frontier It’s is a free massively multiplayer online zombie survival game sets in a post-apocalyptic city of Fairview.

There are other aspects to the game, like avatar customization, chatting, community meetups, weapons upgrades, clothes, items, and missions. It offers limited weapons and ammo to survive infested streets.

The players need to rank up by increasing stat points, Golds, just like MMORPGs. First, you start as a human, your goal is to build barricades to defend against zombies.

You can unlock different skins like bear, fish, ghost, boxer, titan, etc. Find the best hiding place and team up with others to survive the zombie zone.

In the beginning, the player holds a simple gun and has to kill as many zombies as possible. The game takes place in a small-town infested with zombies and hostile players.

To survive, you need to find powerful weapons and kill zombies to collect power-ups. Dead walk is a lightweight game with easy controls, pixel graphics, and simple animations.

Fill your backpack with quality loot, collect ammo, get special bonuses, and to win you need to make your character strong. The day time is safe, you need to construct your base and at night hordes of zombies will attack.

In the beginning, you need to choose where to set your base, place iron mines, and crystal as a source of money and material. The player must find useful resources, collect items, check on health to stay alive.

You can find good items in the local village but those flood with zombies. You can select from day and night to survive and earn points to level and unlock new skills.

You can get power-ups like shield, bullets, night vision, and get weapons like a machine gun, shotgun, sniper. Get different weapons tiers: common, uncommon, rare, epic, and legendary. 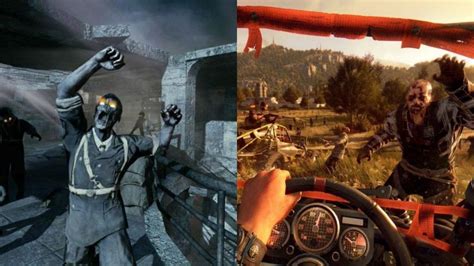 You will find different weapons on the ground, choose wisely according to ammo collected. Night walkers.IIT’s a multiplayer cooperative browser survival game, requires teamwork to fight against zombies.

The games set in the modern apocalyptic world, where zombies are all over the place. Night walkers.Io has various survival elements like building a base, upgrading weapons, and crafting tools.

The main goal is to build a strong base, upgrade weapons, and collect points. At the start, you will feel boring, but as zombies appear game becomes more fun to play.

The game offers four classes to select: military, science, civilian, and zombie. The game follows the RPG element and interaction with other players via chat room.

If you're the top dog amongst your friends in gritty zombie survivors take on Day and give yourself a real challenge. An unknown infection has wiped out most of the world's population, but luckily for you, you're one of the survivors. 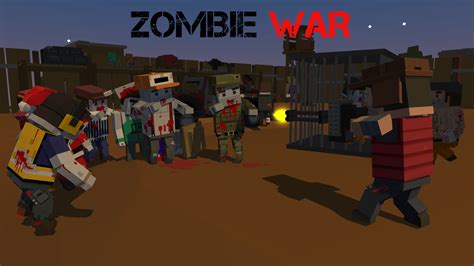 Players wander around a wasteland, fighting against crazed survivors and the infected. Players can work solo or team up with others and take on the game how they wish: saving humanity or wreaking havoc of everything in your path.

Day has a bunch of planned features such as vehicles, user mods, updated graphics, and wild life. Sometimes, you need to sit down and enter the world of a simulated zombie apocalypse to really put things into perspective.

So here are the top 11 games to help you struggle against the undead and the end of the world with the people you love most: Dead Frontier 2 is a survival MMORPG that focuses on pitting players against the undead instead of each other.

The zombies, or “infected,” as they are referred to in the game, lurk around nearly every corner, and you have to be ready to empty bullets into them until their heads explode. Dead Frontier 2 will be completely free-to-play, with only cosmetic and utility upgrades being sold for real money, so that nobody has a pay-to-play advantage, and the in- game economy is realistic, featuring taxes and supply and demand, and player driven.

The developers of Dead Frontier 2 are Creaky Corpse Ltd., a UK based indie game company. They are the creative minds responsible for the first Dead Frontier, March of the Living, and Doom Warrior.

Mistreated is a survival online open-world sandbox based in the aftermath of a nuclear fallout. While not strictly a zombie game, the mutants that roam the world are just as unfriendly as any undead you could come across.

This apocalyptic world has been reclaimed by nature and features dynamic weather, deplorable caves and caverns, and vehicles that traverse both land and water. Mistreated was developed by Estrada Interactive, an entirely internet-based game company, which consists of about 20 employees spanning the globe.

7 Days to Die is every game wrapped up in the ultimate survival package. You can explore the open-world with friends, build extensively, craft using over 500 recipes, and you can grow your character through over 60 multi-tiered skill and perk groups.

Your sole purpose within the game is to survive for as long as possible, braving extreme temperatures and terrain, and outlasting violent hordes of the undead. The creative minds behind 7 Days to Die belong to those of The Fun Pimps, a small dedicated group of experienced Game and Software developers who love not only making games, but playing them.

Catch and Cripple: When fortifying your base, one of your best bets to outlasting the zombie hordes is to set up obstacles that incapacitate them. Originally created on a Roblox server, the graphics are simple and endearing.

Your ability to survive relies on what you can find and how good you are at avoiding and fighting zombies. He insists on keeping the game entirely free-to-play, and 24 million downloads later, still maintains and updates everything himself.

Dedicated Development: Unturned features multiple extensive maps, such as Russia, Germany, and Prince Edward Island (PEI). You must set out to find other survivors, build your base, start a community, manage your resources, and, of course, kill zombies.

Make choices for your group, find weapons ranging from pipes, to guns and machetes, and hack and slash your way through hordes of the undead. State of Decay 2 is unique in that it has its perma-death feature; once a character dies, they’re gone for good.

State of Decay 2 was developed my Undead Labs, a company based in Seattle, Washington. He is passionate about creating games and is determined to fill Undead Labs with the most skilled and talented individuals in the industry.

Undead Unloosed: State of Decay 2 by no means has a small map, but that doesn't hinder the game at all in placing as many enemy zombies as possible around every corner. As far as the eye can see: Get to the strategic high ground and scan as far as you can for possible materials, resources, and potential bases. 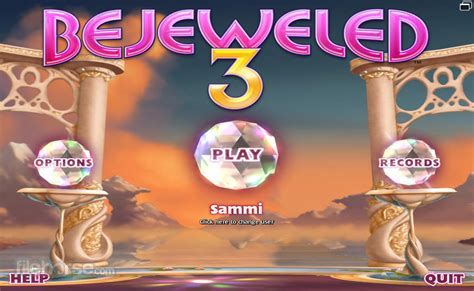 You can choose your location from a handful of places in Kentucky, on which the maps are loosely based. The game features a full line of sight system and real-time lighting, sound, and visibility mechanics, so lock your doors, cover your windows, and stay quiet at night, or the undead will flock to your windows.

The goal of the game is to survive on cunning, luck, and how well you can avoid the zombie masses. They are full of zombie enthusiasts, and all share a deep affection for their animated mascot, Spiffy the Raccoon.

The Left 4 Dead series brings horror first-person shooter co-ops to life, and in Left 4 Dead 2 features procedurally changing weather and maps for a new gaming experience every time you play. Left 4 Dead 2 was created by Valve Corporation based in Bellevue, Washington.

You may know them for the Steam platform, Half-life, Counterstroke, Portal, Day of Defeat, Team Fortress, and Data. Steam was launched in 2003, which accounted for half of digital PC sales by 2011.

If you haven't been paying attention: This is what a zombie horde looks like before it gets blasted to a bunch of gooey bits. No More Room In Hell was created as a tribute to Giorgio Romero’s Of the Dead series, drawing inspiration from the famous quote, “When there is no more room in hell, the dead will walk the earth.” The game is a co-op realistic first-person survival horror game that first started out as a mod for Valve Corporation’s Source Engine, featuring cooperative gameplay with up to eight players. 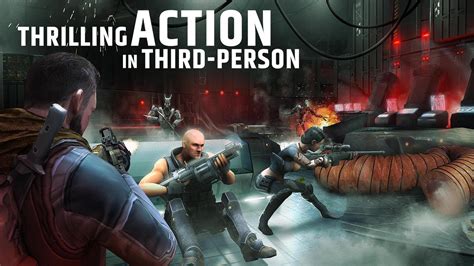 In other zombie survival games, you die, or you live, but here if you are bitten, you have the choice to stay silent and look for a cure, or alert your teammates. Face the Hordes: Fight off waves of zombies in survival mode.

After a failed experiment on continental Europe pretty much ruins mankind and spreads a zombie plague at a momentum which freezes the European Union in its tracks, a single group of brave civilians and ruthless mercy band together to wipe out the outbreak and its crazed victims. You will tear limbs from bodies, rip off heads, and spill guts.

Their goal is created games that grab a gamer’s attention and keeps them coming back for more. Grim and Ghastly: I think that zombie game developers have a silent competition on who can make their monsters the most gross.

The plot of the game involves an investigation of a bio-terrorism threat by Bioterrorism Security Assessment Agents Chris Redfield and Shiva Palomar in Kikuyu, a fictional region in Africa. It was founded in 1979 and is now an international enterprise with subsidiaries in North America, Europe, and East Asia.

The mod places you in the fictional post-Soviet region of Cerberus, which is pretty much the zombie version of Chernobyl. You have limited resources and must scavenge the world for food, water, weapons, and medicine. 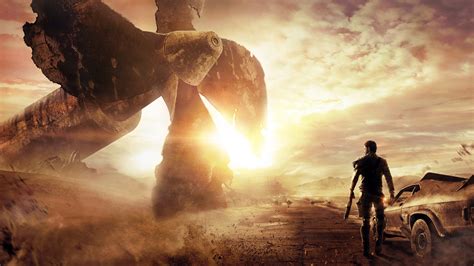