Jason Cloning er is a conservative writer, U.S. Navy & Army veteran, business owner, husband of 17 years, father, 2A supporter, & patriot. Being presented with having to survive a barren version of our world today, with most of the population dead, food and water supplies scarce, and having to deal with the threat of being killed by zombies, seems pretty far fetched to most Americans. 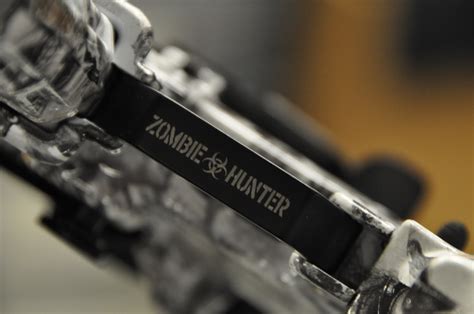 However, if you remove the zombies from the equation, the rest of it is definitely a possibility in a land that was impacted by severe disasters. If you throw in a nuclear winter, a massive volcanic eruption in Yellow Stone Park, an outbreak of a world ending virus, or a biological attack from terrorists, you could potentially find yourself in a situation where there are massive casualties of Americans, our infrastructure is impacted at a devastating level, and our ability to access food and water could be severely limited or destroyed altogether.

In these situations, while there may or may not be zombies, you can guarantee that hostile persons may be looking to steal your family's food, water, or even lives. You are also more likely to run out of food and water for your family, and having to face the possibility of starvation or dehydration.

Disaster preparedness is something that Americans have truly become complacent with, being at their lowest levels since the end of the Cold War. Do your research, work together with friends and family to ensure that your list is accurate and that your estimate amounts of supplies are sufficient.

It is almost guaranteed that at some point of the disaster, you and your family will be presented with a situation where other people will try to steal from you. Criminals will still exist during these emergencies, and they will do anything to get what they want, but even your average and unprepared persons will do desperate things when faced with death by starvation or dehydration.

I can carry a lot of 5.56 ammunition, which has excellent ballistics regarding effective range, velocity, and penetration. The 5.56 mm round is perfect for hunting small and medium game and can be used to engage persons trying to attack you and your family. 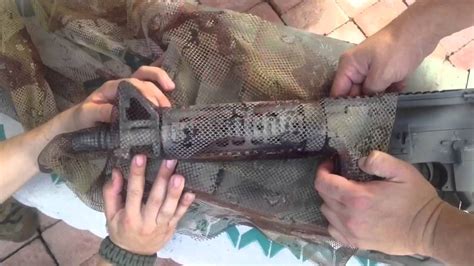 Throw in the .300 Blackout round configuration as a bonus, and you have a highly superior hunting and enemy engagement weapons platform. One of the most innovative shotgun designs to date, the DP-12 allows you to rapidly fire 16 rounds down range towards your target(s).

With top, side, and bottom Pica tinny rail system options, it allows you to customize the tactical configuration to your liking. With the ability for each KSG-25 in your arsenal to be custom configured with various projectiles, it becomes a very valuable hunting and tactical weapon platform.

The KG platform also includes a patented downward ejection system, which allows for ambidextrous use and doesn't shoot expended shells towards the person to your left or right. Whether you are hunting deer, or fending off a multitude of zombies, you will find that this weapon system is a gift that just keeps on giving.

When a family is protecting its home, property, or itself when mobile from one place to another, you need a versatility in weapons platforms. If you've ever seen or shot the Thompson sub-machine gun, you know just how difficult it was to control a fully automatic weapon system firing .45 ACP.

This platform, due to its patented Super-V Recoil Mitigation System, the force of the bolt's action and the explosion from the firing of the round no long drives the barrel up. The motion of the bolt instead is pushed downward towards the grip, allowing someone with a strong firing stance to fire the entire magazine, fully automatic, and place all the rounds in the tightest pattern they've ever placed on any other fully automatic platform at that speed.

With such tight shot placement of that many .45 caliber rounds, in such a short amount of time, the Kris's Vector delivers enough highly lethal energy and mass to knock multiple large male zombies (even if they're wearing body armor) into next week. Even if you have the semi-automatic model of the Kris's Vector in your arsenal, you're truly looking at a highly capable defensive weapon to keep zombies at bay while rounds are being reloaded for those carrying the above mentioned shotguns.

The GP100's weight and six-inch barrel, makes it one of the best firing revolvers of the .357 round in existence, and greatly minimizes recoil for any size of shooter. Another good sidearm secondary to draw from a thigh holster, the sound of it firing alone is enough to make any zombies to think twice before trying to harm anyone, or further engage anyone, in your family.

Many of us military service members have trained on, shot, and spent a multitude of hours cleaning this weapon system. They can all verify for you the effectiveness of this platform to pin down enemy aggressors down range and to provide your team with adequate cover while they shoot, move, and communicate.

The civilian version of this weapon system is only semi-automatic, requiring a trigger squeeze for each round to be fired. However, proper training with this platform enables you to accurately place rapid fire of 5.56 ammunition down range, engaging multiple targets, and allowing your family proper covering fire while they seek cover, engage, or relocate to better positioning.

I suggest carrying multiple belt drums, along with several backup 30 round magazines, if you're mobile. It utilizes the .338 Lap Mag cartridge, which has amazing stopping power and superior ballistics to other high caliber rifles.

The patented carbon fiber wrapped match grade barrel, custom carbon fiber stock, recoil lug, 20 MOA rails, Time trigger, Pathway recoil pad, and their 1/2 MOA accuracy guarantee, you are getting one of the most accurate shooting systems on the plant, weighing a fraction of other platforms, which has a proven durability. Whether you are using it to hunt large game, or using it to fend off zombies that are wandering into your safety perimeter around your secured location, you won't find a better tool to engage targets from a safe distance.

With the weapon weighing around 5 lbs less than most other .338 platforms, a muzzle break is an absolute must in order to keep from shooting the rifle being extremely painful. It has made appearances in numerous movies, and has become a proven weapon system to members of the United States Military.

The weapons are pricey, but come with M1913 steel optics rail, 10 round magazines, dual barrel springs, a lightweight quick detachable iPod, 20" or 29" fluted barrel, fully chromed chamber and bore, high efficiency muzzle break, upper conversion kit for the .416 Barrel round, and a custom fit Pelican hard case. However, you can buy their Red Ball 20 round magazines to increase your effective capacity.

I’d pick the NSW from Lewis Machine & Tool because it’s integrally suppressed and easy to maneuver with. I’m assuming I’d have a backpack full of 300 Blackout magazines at this point, but I’d honestly make sure I only had to shoot if necessary.

I’d probably opt for the RX version (currently on my wish list) in this scenario, so I could simply put the ROMEO1’s red dot on a zombie’s head and pull the trigger. The first thing that comes to mind regarding zombie apocalypse shooting is staying quiet. 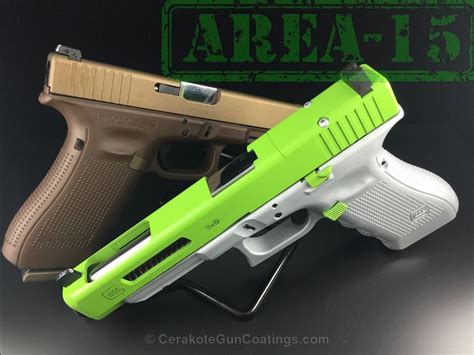 I’m also self-admittedly the worst shot on the Avalon Outdoors team, so a little assistance in staying on target is appreciated. I got to shoot it at the recent Avalon Outdoors Rendezvous in Colorado, and I was quietly and consistently (for my standards) hitting from 100 yards.

Like the aforementioned DDM4ISR, I got my hands on the all-new Smith & Wesson M&P M2.0 Compact at the Avalon Outdoors Rendezvous. I was going to stop with just a rifle and handgun, but the other editors started taking melee weapons, so I will too.

However, I’ve been dying for an excuse to try 5.11 Tactical’s Operator Axe … plus Greg already has a bat. The thing has 24 different tools including an axe blade, hammer point and pry bar.

I would make sure I had a Cold Steel War Hammer for bashing in skulls or picking them apart. I’ve pounded more than a few wild hogs with a suppressed Wilson Combat rifle in 6.8 SPC, but in Z times, I’d prefer going with a more prolific caliber like the .308 Winchester.

For times when you’ve got to help out a fellow apocalypse survivor at range, I’d love to get my mitts on a 7-pound Wilson Combat Ultralight Hunter. I’d add some trusty Leopold glass and beg the folks at Wilson’s custom shop to thread the rifle’s barrel, so I could top it with an 11.3-ounce Gem tech Tracker suppressor. 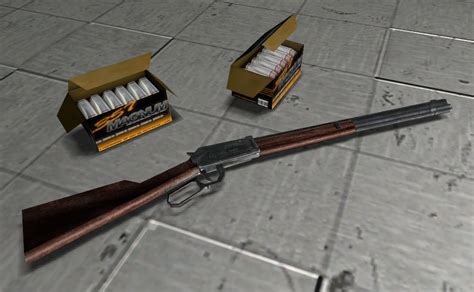 And for the love of God, any idea how many spare rounds of .22 LR you can carry in a go bag? The M&P15-22 Sport, topped with a Silicon MRO (Miniature Rifle Optic) can also pull double-duty on busting up little critters.

I’d back up my guns with a Monte Gear Y-Shot Slingshot, packed with plenty of 3/8-inch steel balls that can soar at 150 feet per second. My multi-projectile-slinging Y-Shot also sports an arrow rest, a sight and a pair of reusable “takedown” bolts, with screw-in practice and zombie -deadly hunting points.

I’m going to need a reliable workhorse if I hope to survive the zombie apocalypse, and in my opinion, the striker-fired, polymer-framed Can TP9SF fits the bill. For purposes of clarity, I consent to Avalon's collection, storage, processing, and transfer of my Personal Data and Non-Personal Data (as defined in the Privacy Policy) for the purpose of signing up for the email newsletter.