Between their synergies with the graveyard and others within their ranks, it's not hard to see why Zombies are one of the most popular tribes in Magic: The Gathering. Though there are numerous zombie tribal commanders who each excel in different areas, there are certain cards that a ZombieCommander deck wouldn't want to miss out on.

So without further ado, we're going to count down the best that Zombies have to offer in Commander with our top ten strongest cards for a ZombieTribalCommander deck! The two things that many tribal players want to do the most is buff up their creatures and reduce their costs, and Undead War chief covers both of these bases.

Reducing the cost of each zombie you cast by one MANA as well as providing each zombie you control with +2/+1 rather than the usual +1/+1 that most “lords” tend to provide, you'd be hard-pressed to find a zombietribalCommander deck that doesn't want an Undead War chief in its ranks. This means that like many of your other zombies, she can be sacrificed and reanimated, allowing you to reap repeated benefits from her tutoring ability. 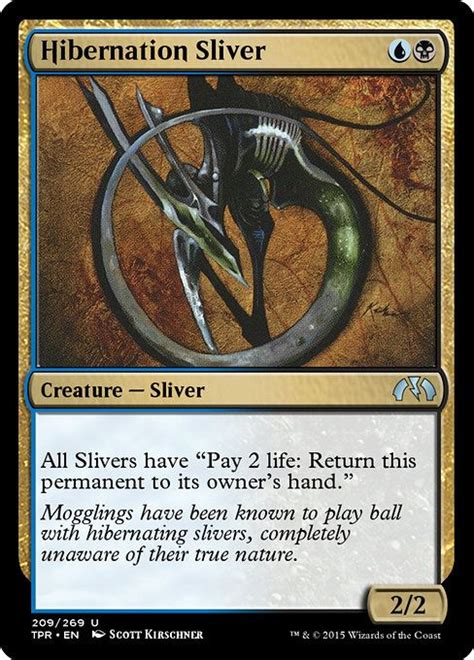 Seeing how Zombies are the tribe that benefits the most from having its creatures in the graveyard, Ash nod's Altar is a must-have for any zombie commander player. For four manas, The Scarab God can exile a creature from any players' graveyard, creating a token that is a copy of that card except its power and toughness are 4/4, and it's a black zombie.

Having access to blue certainly helps the Commander game with self mill in addition to protection with counterspells after you're all set up. If your zombie strategy involves dumping as many tokens on the board as possible, it's hard to imagine a better commander than Ghoul caller Lisa.

What Sides does give you is a reliable way to fill your graveyard and access to an awesome three-colour wedge, with some incidental zombie synergy. Even so, I still think that the mild zombie synergy is enough that, if you were to pick a Sultan zombie commander, Sides should be near the top of your list.

One of the main reasons is simple; the Commander tax hardly ever applies to this guy. You can cast The Scarab God all game long for the regular fireman which, let's be honest, is way too cheap for a card with this power level.

I feel like since Lisa and Gerald and The Scarab God have invaded the tribal scene, Grim grin, Corpse-Born doesn't get quite as much love as he used to. Being a sac outlet on legs that gets bigger the number of creatures you sacrifice, PLUS having spot removal built right in makes Grim grin a formidable zombie tribal leader still.

While that may seem, weird Sedaris is a great commander for those guys and brings a lot of value to the table. Easily one of the most underrated generals in EDS, Sedaris, The Traitor King has great synergy with zombies, whether through graveyard unearthing or combo enabling.

The reason he's underrated is probably the fact that unearth isn't a real sought after ability in Commander. The fact that you have to exile the creature is definitely not attractive to commander players who like to squeeze every last bit of value from every card in every zone.

Trust me, Unearth is WAY better than it looks and if you don't mind exiling a few zombies, it'll steal you games you never thought you could win. I mean you CAN run him, but his ability to steal dying creatures makes him a massive lightning rod.

It’s not every day you find a Dwarf Zombie, least of all one with a mass reanimation ability that you can abuse over and over. With a tragic flavor text and sweet ability, this bearded badass was just shy of making it into the top ten.

Defending a planes walker is so hard to do when three other players are gunning for it and all you end up doing is painting a target on your back. Once a lowly and cowardly Kjeldoran soldier, Bimodal is a pivotal player in the events of Dominatrix’s Ice Age.

Ultimately defeated and escaping to Scandal, Bimodal became the go-to recurring necromancer villain for several Magic stories. As a seven MANA Commander, Bimodal takes some time to get going, but if you can get him to stick, you can truly play the necromancer, resurrecting creatures that die and adding them to your army.

Sedaris was once the good and righteous king of Within, a region of Clara that would soon be doomed and named Crisis. He handed thousands of innocents over to the demons, killed his own family and advisors, and performed a dark ritual that allowed his consciousness to continue into unlike, becoming a rich.

The looting and rummaging effects of red and blue play nicely to fill the graveyard, allowing you to take advantage of Sedaris’ ability. But the tale fails in its ability to capture the true horror of what befell the Less girl and her brother.

Jose is awesome in an aggressive zombie strategy or in a mono black controlling capacity. He has pumped stats, so he can jump in early with your Death Baron and Undead War chief to bring the pain with Commander damage.

Or, you can play the long game, control the board and finish off the table with an army of Zombies when you pay Jose’s kicker cost. Slain by his love, Else, Deimos was freed from the Underworld as part of a cruel bargain with Erebus.

Now cursed to travel Theron forever in search of her, he will never know that Else is in the Underworld taking his place. Jared VoD Save is the leader of the Golgi Swarm, one of the Guilds of Danica.

When Lola kidnapped his child to perform a Random sacrificial ritual, Jared saved him, though he died in the attempt. The best he could manage was to possess his own corpse which, while not the freshest vessel in the world, did allow him to retain his seat as guild leader.

Our first (but not last) green flavored Commander, Jared brings a lot to the table. With the best creatures, card draw, interaction and planes walkers, green is the best color in Commander from a power perspective.

Two estranged and rival siblings come together to fight eldritch horrors using their undead creations. Lisa and Gerald are Norths rock stars who perfectly exemplify both halves of the Frankenstein archetype: the necrophiliac lust and thrill of grave robbing, and the obsessive madness of creating perfect life.

If you like the relentlessness of a Zombie horde, this is the Commander for you because eventually, your opponents will run out of removal spells. Unlike the evil scheming necromancers looking for the undead power of kingdom, Drawn was a just a soldier in life, nothing more.

But unlike other Zombies, he was slightly more intelligent and was able to learn necromancy as a sort of posthumous vocation. In many ways, Drawn is a poster child for anyone who thinks it’s not too late to learn a new skill.

Add that to the spell slinging appeal of UP control, and you have a wealth of exciting multiplayer options. Just assemble your Rooftop Storm and Vengeful Dead to create an instant win.

Decadent, powerful and with a body that makes its own curves, Sides is the hot mother Java of Parker. You have card selection, effortless graveyard filling and payoffs that make the board tremble.

Sides provides a resilient Zombie threat in a color combination that supports a graveyard value strategy. Seven feet tall, riding a Drug Reader and wielding a huge great sword, Thraximundar is a force to be reckoned with.

Whatever you choose, Thorax provides a must-answer, on-demand threat that can easily be a three turn clock when you’re ready for the game to end. I like using him as a win condition in a value-based, Zombie combo deck that uses Goblin Bombardment, Death bringer Choctaw and Grave crawler to machine-gun everyone to death.