A ragtag group of Pennsylvanians barricade themselves in an old farmhouse to remain safe from a bloodthirsty, flesh-eating breed of monsters who are ravaging the East Coast of the United States. The unburied dead return to life and seek human victims.

Following an ever-growing epidemic of zombies that have risen from the dead, two Philadelphia S.W.A.T. Team members, a traffic reporter, and his television executive girlfriend seek refuge in a secluded shopping mall.

A nurse, a policeman, a young married couple, a salesman and other survivors of a worldwide plague that is producing aggressive, flesh-eating zombies, take refuge in a mega Midwestern shopping mall. A small group of military officers and scientists dwell in an underground bunker as the world above is overrun by zombies.

A man's uneventful life is disrupted by the zombie apocalypse. Four weeks after a mysterious, incurable virus spreads throughout the UK, a handful of survivors try to find sanctuary.

A night at a local bed and breakfast turns into a bloody supernatural fight to the death. Sheriff Deputy Rick Grimes wakes up from a coma to learn the world is in ruins and must lead a group of survivors to stay alive.

During a fictional series of Big Brother, a zombie outbreak occurs, but the house-mates are unaware of the impending doom outside the Big Brother House. A television reporter and cameraman follow emergency workers into a dark apartment building and are quickly locked inside with something terrifying. 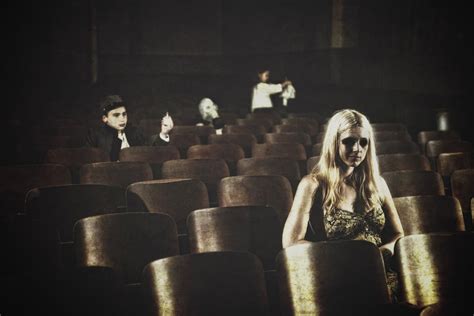 A cemetery man must kill the dead a second time when they become zombies. After an odd new medical student arrives at campus, a dedicated local and his girlfriend become involved in bizarre experiments centering around the re-animation of dead tissue.

Five friends travel to a cabin in the woods, where they unknowingly release flesh-possessing demons. The lone survivor of an onslaught of flesh-possessing spirits holes up in a cabin with a group of strangers while the demons continue their attack.

A sardonic hardware store clerk is accidentally transported to 1300 A.D., where he must retrieve the Necronomicon and battle an army of the dead, so he can return home. A special military unit fights a powerful, out-of-control supercomputer and hundreds of scientists who have mutated into flesh-eating creatures after a laboratory accident.

A young man's mother is bitten by a Sumatran rat-monkey. She gets sick and dies, at which time she comes back to life, killing and eating dogs, nurses, friends, and neighbors.

A ski vacation turns horrific for a group of medical students, as they find themselves confronted by an unimaginable menace: Nazi zombies. After tragedy strikes, a grieving father discovers an ancient burial ground behind his home with the power to raise the dead.

After he's institutionalized in order to cover for his sister, a young man encounters a doctor who is turning his patients into flesh-eating psychopaths. An end of the world battle between gangsters, cops and zombies.

A mockumentary following a police force as they deal with various perpetrators who are mostly supernatural in nature. Space radiation turns the dead into Zombies.

Common fights zombies and finds ways to pacify and use them. On pre-teen Timmy's (Begun Lower's) 1950s suburban street, they all have a zombie doing menial chores.

Timmy's zombie becomes his pet and friend, and is named Fido (Sir Billy Connolly). A television reporter and her cameraman are trapped inside a building quarantined by the CDC, after the outbreak of a mysterious virus which turns humans into bloodthirsty killers.

While a zombie virus breaks out in South Korea, passengers struggle to survive on the train from Seoul to Susan. A grave robber reflects on his life of crime.

A shy student trying to reach his family in Ohio, a gun-toting tough guy trying to find the last Twinkle, and a pair of sisters trying to get to an amusement park join forces traveling across a zombie -filled America. Former United Nations employee Gerry Lane traverses the world in a race against time to stop a zombie pandemic that is toppling armies and governments and threatens to destroy humanity itself.

An experiment in genetic engineering turns harmless sheep into bloodthirsty killers that terrorize a sprawling New Zealand farm. A comedy-horror-thriller in which a doctor and his teenage daughter are terrorized by flesh-eating zombies at a truck stop.

A man wakes up in the wilderness, in a pit full of dead bodies, with no memory and must determine if the murderer is one of the strangers who rescued him, or if he himself is the killer. An evil force is awakened in downtown Athens transforming the unsuspecting citizens into raving zombies.

An infection spreads from slaughtered animals to humans, which causes the dead to rise and feed on the living. Myelitis, Marina, Jenny, and Vakirtzis are still on the run from the endless horde of ... See full summary ».

A radio host interprets the possible outbreak of a deadly virus which infects the small Ontario town he is stationed in. Six months after the rage virus was inflicted on the population of Great Britain, the US Army helps to secure a small area of London for the survivors to repopulate and start again. 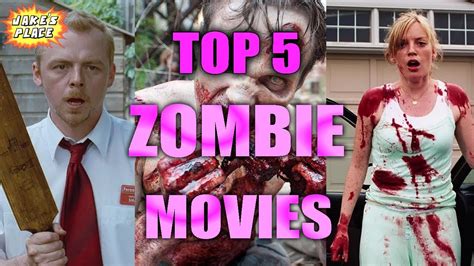 Three not-so-cool school friends decide to try an old voodoo ritual. Later, they die in a car accident, but live on as zombies.

On an island off the coast of North America, local residents simultaneously fight a zombie epidemic while hoping for a cure to return their undead relatives back to their human state. On the night of the big High-School Prom, the dead rise to eat the living, and the only people who can stop them are the losers who couldn't get dates to the dance.

Doctors Herbert West and Dan Cain discover the secret to creating human life and proceed to create a perfect woman from dead tissue. After 13 years in prison, the mad scientist from Re-Animator (1985) gets a new chance to experiment with the arrival of a young prison doctor, who secretly hopes to learn to reanimate dead people.

A teenage boy and his father move to his recently-deceased mother's hometown, where they encounter the ancient Native American cemetery with the power to raise the dead. The Walking Dead, zombie, In the Flesh, and other TV series that tackle the undead have found ravenous audiences both with the critical brains who write about them and the meat sacks who watch.

We bit into our Tomato meter scores to find the best reviewed zombie shows on TV, including a few of those that feature zombie characters even if the’re not the show’s main focus. Synopsis: Reality game show that sees ten contestants trying to survive in a simulated zombie apocalypse....