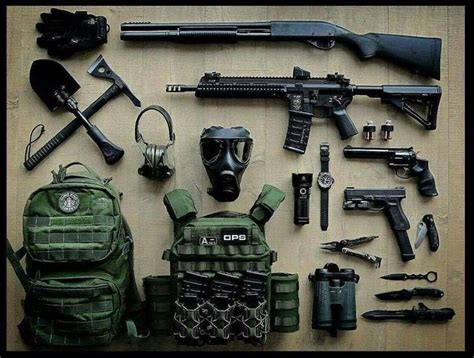 Of course, start rolling for the Ray Gun when money stops being an issue, as having this in your back pocket along with your Gallo SA12 will make you extremely hard for the undead to take down. Whether you prefer to frag while running and gunning, or simply want to rack uptime in the objective, we’ve got you covered with the bestAK-74u loadouts for every play style in Black Ops Cold War.

The KGB Skeletal Stock is arguably the most important here as Sprint to Fire Time is vital. Being able to fire while sprinting is a neat bonus, but reloading while fleeing a fight is the biggest factor here.

A lot of the base unlocks will help provide smaller buffs without huge trade offs. TreyarchThe full setup for a pure OBJ class in Black Ops Cold War.

Designed to keep you in the hotspots, hold down sites, and fend off waves of enemies, this is for players who prefer a more methodical approach to their game. Rather than stunning enemies or popping a flash, using the smoke grenade can cover a wide area on an objective.

In terms of perks, Airhead and Quartermaster are the main buffs you’ll want for pure OBJ play. While you’ll have more ammo in a clip than usual, holding down objectives can get dicey for long periods of time.

While SMS aren’t often thought of for their accuracy, there’s no reason you can’t create a ridiculous laser with your AK -74u. The Gunsmith gives you such a huge amount of freedom to limit recoil, and that’s exactly what this loadout is designed for. 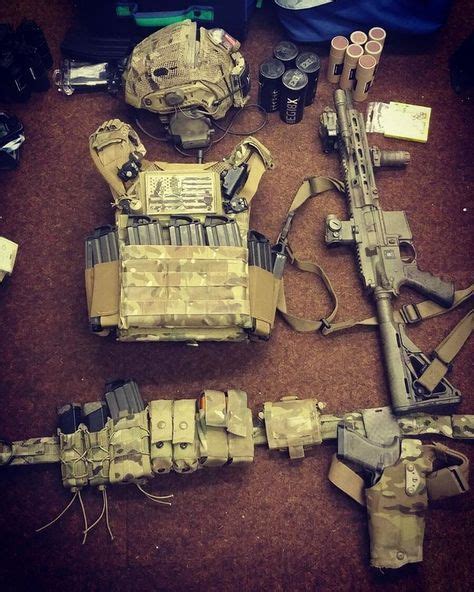 It’s a bit of a niche pick, but if your goal is to stand your ground and accurately beam from across the map, this perk will only help in that role. No one likes a camper, but if you’re setting up in a particular location and want some added peace of mind, placing a behind you can keep you safe.

Last but not least, if you’re looking for the best of both worlds in Black Ops Cold War, this is the ideal loadout for you. You’re likely going to post up in a hotspot, so no reason not to reveal enemies in the area while you whip out the sniper.

The thing to understand about the AK -47 is that it falls short (literally) when it comes to range drop-off values compared with other Assault Rifles. That’s why our first attachment is the 18.2” Takedown barrel, because a 150% increase to your effective range allows you to hit harder at various distance thresholds extending out to nearly 100 meters.

The next most important attachment is the KGB Skeletal Stock, which is one of the strongest attachments in Cold War at the moment, delivering a massive boost to sprint to fire time and aim walking speed, at the cost of hip fire accuracy (which you shouldn’t be relying on with the AK -47 anyway). Add to this the KGB Eliminator and the Smetana Speedgrip, and you’ve got a 100% flash suppressor alongside better recoil stats across the board.

And finally we’ve opted for the GRU Elastic Wrap for its high boost to ADS speed and flinch resistance. If you’re using the lawbreaker Wildcard and can equip multiple primary weapons, then you have a choice, because the AK -47 is actually quite decent up close. 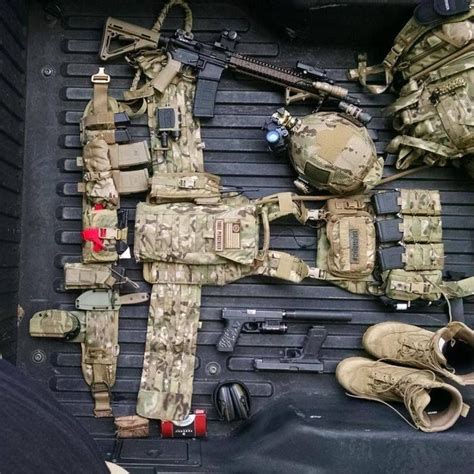 While this Russian rifle struggled to compete against Modern Warfare’s meta guns, it has come back with a vengeance in Trey arch’s latest title. In fact, the AK -47 has been dominating both the casual and competitive Call of Duty scene since Black Ops Cold War released.

The KGB Eliminator and Foregrip are the main attachments here as they negate a lot of vertical kick, allowing you to beam your foes without having to wrestle with the gun. Whether you wish to melt through multiple foes on the game’s smaller maps or deliver devastating ranged headshots in Fire team: Dirty Bomb, this loadout will enable you to do just that.

In terms of perks, Flak Jacket and Ghost will give you the survivability needed to rack up those all-important Score streaks, while Airhead will enable you to use your Assault Pack multiple times. Both Dash and Slump have used this particular AK -47 build to great effect, often going on huge kill streak tears that result in quick victories. 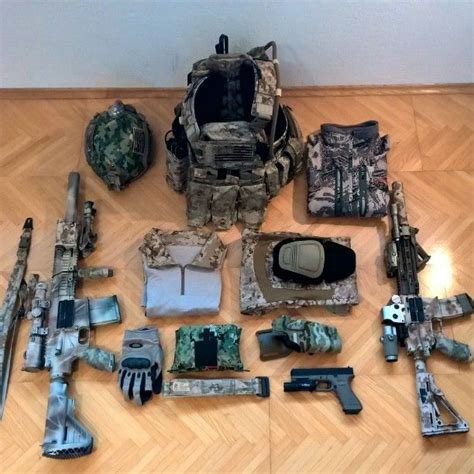 This class is one of the more balanced loadouts, as it both boosts the AK -47’s accuracy and damage, while also increasing mobility for those close-quarter skirmishes. After all, being able to zap onto enemies and remain competitive in close to medium range firefights is extremely beneficial.

The recoil is slightly higher than the loadout above, but it remains competitive against the lightning-fast MP5 and Milano builds that dominate the game’s smaller maps. Black Ops Cold War’s Fire team: Dirty Bomb and Combined Arms modes feature much larger scale maps and while close-quarter firefights are common, it’s often best to keep your distance and rain down terror from afar.

Paired with variable 2.0x/4.0x scope and damage range boosting barrel, this AK -47 loadout is capable of some incredibly long-range kills. Simply find a decent choke point and unleash terror as your enemies run on to the objective.

Of course, the added bulk of this loadout makes it rather unwieldy in close-quarters fights, so be sure to switch to the Gallo SA12 whenever you enter more built-up areas. In order to compete with Black Ops Cold War’s highly mobile SMS, you sometimes need to convert your AR into an SMG.

Whether you prefer to seek out close-quarter firefights, or aggressively flank your foes, then this snappy AK -47 loadout will enable you to do just that. Mobility and ADS speed remains a big part of Black Ops Cold War, especially when you’re playing on maps like Newton ‘84. 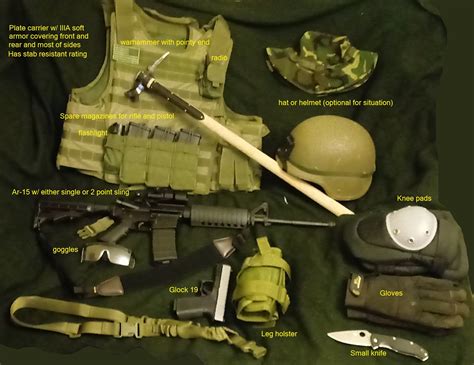 As a result, we’ve utilized both the Serpent Wrap and KGB Skeletal Stock to minimize the more cumbersome areas the game’s As have. Gunshot also enables you to fire your weapon and place equipment while running, so don’t be afraid to rush onto the point with your gun blazing.

Thus, it's a high skill weapon, and while it can be good, it simply isn'tpractical enough when we have better rifles which are much easier to use with faster time to kill. Thus, we need to have good damage at range with good recoil, and for that I'd recommend applying the ranger barrel which will help with the vertical recoil stability as well as give a boost to the damage range.

Now you might ask why not the Marksman barrel for getting even more damage range, but the AK47recoil is primarily vertical, thus the lateral recoil stability doesn't help much, and interns the mobility much more compared to ranger barrel, why I don't recommend the marksman barrel. Next apply the tactical laser for getting a boost tithe a d s speed and the bullet spread accuracy.

For the remaining attachments, the only ones which are usable are the monolithic suppressor for getting suppressed fire and extending the damage range further. For this build, I'm going to go with the Stippled grip for getting the A D S speed boost since we already get the bullet spread accuracy from the other attachments.

Otherwise, the sleight of hand perk can be used, or optical attachment if needed, or apply the strike stock as a last resort for getting flinch stability. The next setup I have is for more aggressive playing which is primarily focused on mobility and a d s speed over recoil or damage range. 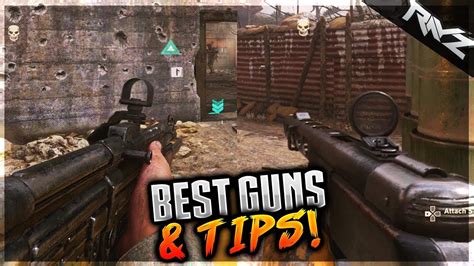 Finally, if needed, Strike foregrip can be applied for further recoil control, or optic attachment, or sleight of hand perk. I personally prefer this class since I play close to mid ranges and the boost in mobility greatly helps react quick and win gun fights.

I straight off the bat start with the monolithic suppressor, whiners the mobility for getting suppressed fire and 25% increase to the damage range. Fora long range class, these were the attachments I was using, however I'd recommend removing the Stippled Grip Tape for the granulated grip tape, and removing the extended mag forth previous attachments I had mentioned, like using the Skeleton stock or No Stock for example.

For a mid to close range build, these are the attachments I'll recommend using, I simply use the extended mag as a preference. Consider leaving a Like to show appreciation, and subscribe for getting more gunsmith loadouts best class setups.

In Battle royale, if you're getting a personalized weapon from airdrop, I would definitely recommend suppressor. You won't get suppressed fire but the other aspects of the gun will be enhanced, and this will finish your long range AK47 build. 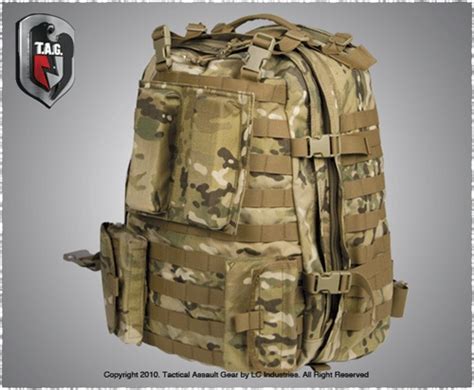 For the close range mobility build, again start by applying the Strike Stock. It's a non-negotiable attachment since the flinch stability greatly helps win gun fights.

Finally, apply the Extended Mag since in close range, you'll often face multiple enemies and the extra bullets help. Hope you liked it, and if you did, definitely leave a like, and subscribe for more gunsmith loadouts best class setups.