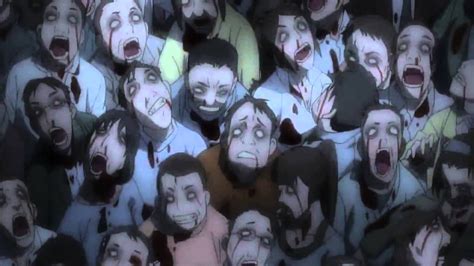 The idea is that God abandoned his creations and then left behind grave keepers -- beings with the ability to help the living dead find rest. This has much to do with its serious plot, exciting turn of events, and its similarity to Western zombie TV shows and movies that are popular today.

The show’s fan service can be excessive at times, but the gore and violence more than make up for it. Set in the Industrial Revolution, Habanero of the Iron Fortress is often dubbed as the steampunk Attack on Titan, except the enemies are hard-to-kill undead monsters called Kane instead of unknown giant creatures. 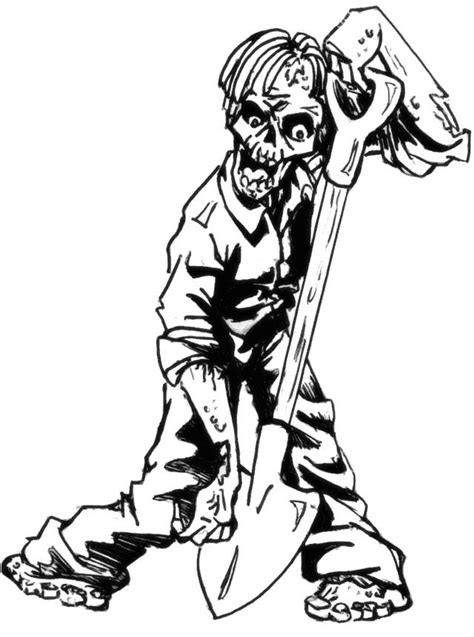 The comparison between the two shows stems from the fact that the people on Habanero of the Iron Fortress are kept safe from the Kane by fortress-like stations and massive walls. Refusing to give in to this ill fate, a young engineer named Iowa successfully creates a weapon that can kill the Kane, beginning his journey as a hero.

It follows the adventure of a young woman who tries to survive after downtown Seoul gets overrun by zombies. Based on a popular third-person shooting game, Gun grave is a serious anime show that focuses on the main character’s path to revenge.

Called Beyond The Grave, or Grave for short, the main character is previously a human named Brandon Heat who, after being betrayed and murdered by his best friend and mafia syndicate partner, is brought back to life as an almost invincible zombie-like creature. He now lives to get back at the best friend who betrayed him and the syndicate he used to be part of while killing fellow undead on the side.

It follows the journey of a normal, quiet 18-year-old college student named Ken Kane. His life is turned upside down after a near-death accident from which he is saved by receiving an organ transplant from a ghoul.

Joining the ranks of humans who were turned into zombies is Making Hoshimura, the titular character of Corpse Princess. Her ultimate goal is avenging her family’s death by defeating the undead group known as Seven Stars. 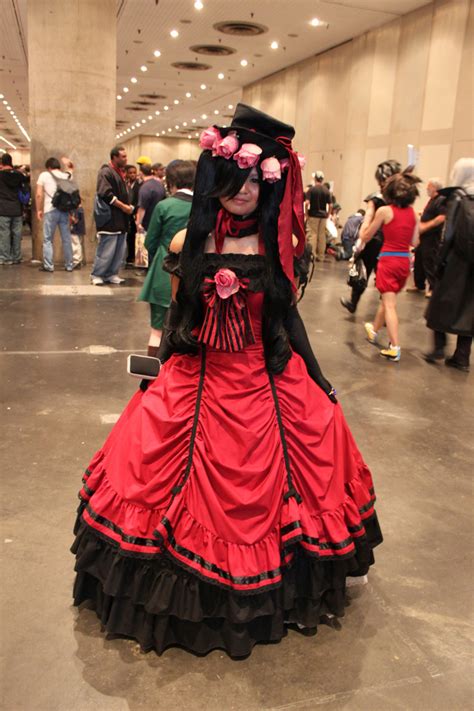 A cool female character with formidable physical skills, Making uses dual MAC-11 machine guns to destroy her enemies. John Watson, a medical student, is later tasked by the British government to obtain Frankenstein’s notes on reanimating a corpse with a soul.

They are later joined by a girl named Michael, who has the ability to see a ring around a person’s neck when they are about to die. China and Shinto use Michael’s special ability to track the undead, so they can pay off their debt to Zombie-Loan, the company that brought them back to life.

In the middle of this chaos, a girl named Maori goes on a quest to find her missing boyfriend. These undead creatures are even more mysteriously captivating in anime, where limitations on makeup and visual effects cannot restrict their grotesqueness.

So if you too are mesmerized by these foul creatures, sit back and enjoy our list of 21 best zombie anime of all time. The Managua did not hold back on some jokes regardless of home inappropriate some of them may be (so much so that the government itself has already deleted some scenes).

But perhaps the reason it’s not that popular is that it was created around the late 90s to the early 2000s, so its animation style isn’t quite up to par with today’s standards. Plus, the plot is what it is: a group of cute guys and girls running around town and slaying rotting zombies and cursing as they go along. 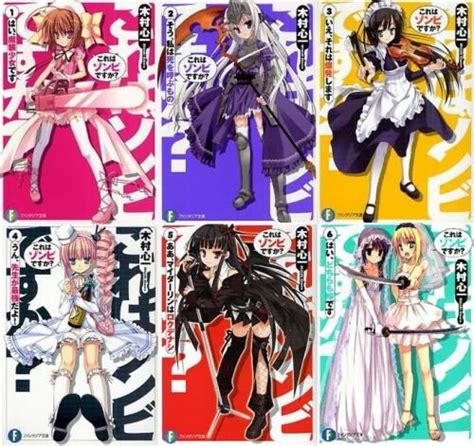 Gray Man is another popular series that talks a lot about the undead and how they’re being used to make mechanical weapons called Aka. Adding to the list of dead protagonists are China Katsuki and Shinto Taliban, who is doing the unspeakable by hunting down other zombies just to survive.

If you haven’t heard about this yet, well, basically, zombie fish attacked Tokyo, with a disease that can be contracted even by humans. As you can tell, the anime is based on the Resident Evil game, and it clearly did not disappoint by giving a pretty realistic story about how biohazards, in this case, the T-virus, can affect humans (citizens of the Raccoon City).

He was called upon to investigate the news of eerie resurrections in London, so he and Sebastian Michael is rode a cruise liner to solve this new mystery. Some Black Butler fans feel like it’s simply a filler episode that doesn’t have its own merits, but I disagree.

On its own, the Book of the Atlantic is a great movie even for those who have not watched a single episode of the popular anime franchise. Still on the subject of Victorian London, Shiva no Shikoku rips off the classic tale of Victor Frankenstein and makes it a new, whole, bloody experience.

Together with her former friend and priest, Kara Tatami, she walks the Earth, seeking revenge on those who murdered her and her clan. Specifically, it follows the story of Alum, a 16-year-old high schooler who was investigating a mysterious house when he was tragically killed. 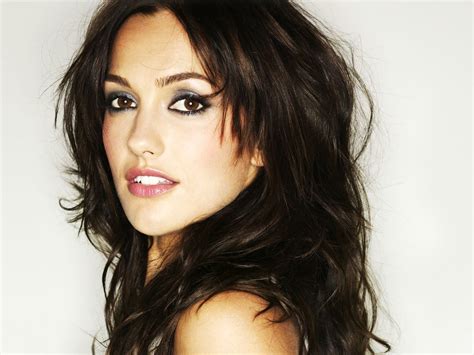 This anime starts out with an eccentric, borderline problematic premise: Chirico, a zombie-crazed keener, wants a zombie girlfriend. It all works out perfectly for him, though, after a rich, troubled young girl found the potion he was developing to resurrect his cat after it was run over.

Two close friends, Harry and Brandon, were living their best life until they were reminded that the world could be cruel and oh-so merciless. The seemingly lighthearted premise turns into an epic legend of friendship, betrayal, and the fleeting nature of life and death that gets deeply philosophical as the story progresses.

Now, they are called in to dispose of a problematic vampire that’s been turning villagers into ghouls that just spread chaos all over the land. However, this blissful illusion is a fragile lie to hide the fact that outside the walls of the school, a nasty zombie apocalypse is going on.

Senior members of the School Living Club are in on the impossible task of shutting themselves out from the zombies that roam outside, waiting to devour them, all while keeping Yuri’s perfect fantasy unbridled by the truth. Somehow, the industrial revolution setting is perfect for all kinds of paranormal mysteries, such as the emergence of horrific creatures ripping through human beings to feed their never-ending appetite.

Finally, topping this list of the best zombie anime of all time is Tokyo Ghoul, a modern rendition of the classic zombie apocalypse story, which follows the life of Kane, a kindhearted human who toils with his internal conflict upon being turned into a half-ghoul. He starts experiencing these odd, bloodthirsty cravings, which he must actively resist if he wants to hold on to the last shred of humanity still flowing through his veins. 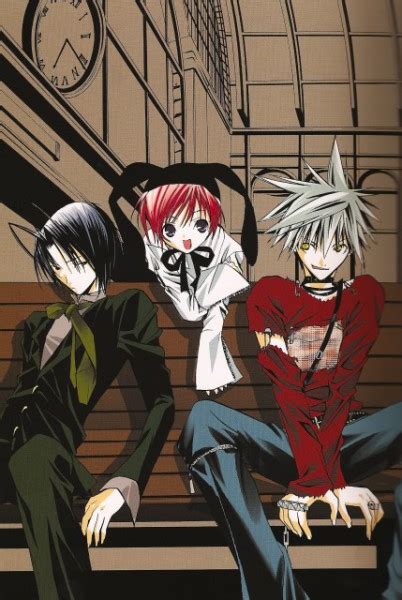 Amar is the Chief Nerd at Near Bear and can be mostly found binge-watching Netflix, researching tech, shooting things on PS4, and arguing over who is the strongest Avenger. Although tragic, the collapse of human civilization at the hands of a zombie infestation can create some great stories, here are the 10 best.

Mythical grave keepers, like the protagonist AI, have the power to put humans to rest. When a man massacres AI’s village, she has no reason to stay home and decides to join him in his journey.

A show business producer finds her and explains that he brought her back from the dead to star in an idol group. Giant walls protect the humans left on Minamoto Island from the horrifying Kane.

This species of zombies have steel covered hearts that resist the blows of human weapons. The young engineer, Iowa, creates a piercing gun that he believes will kill the Kane, the first step in taking back their island.

Unlike the trope of the genre, if you get bitten by a Kane there’s a small chance to resist the virus and become a hybrid called Habanero. Yuri’s classmates keep her safe from the zombies and let her live the fantasy of regular high school life. 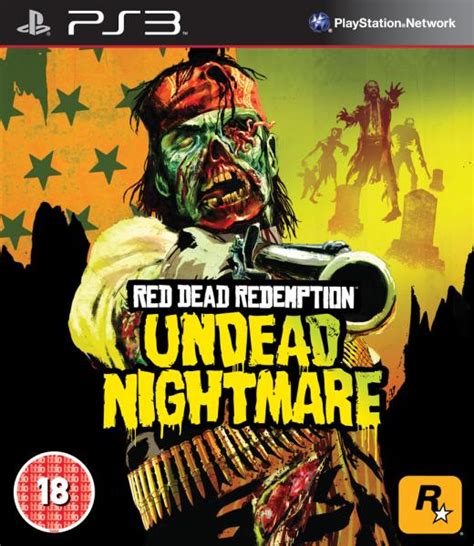 Ever since childhood, Chirico has maintained a fascination with zombies, so he attempts to resurrect his pet by creating a potion. The stressed out high school student REA, joins him but life’s pressures get to her.

Ghouls can disguise themselves like regular people but must sustain themselves by eating human flesh. Luckily for Ken Kane, ghouls that manage a coffee shop can teach him to deal with his new life.

As a zombie, Alum has a few new quirks like burning in sunlight and surviving deadly blows. On a journey to find the one that murdered him, Alum meets strange supernatural people and partakes in ridiculous fights.

With England in danger from zombie like ghouls and other supernatural creatures, the Hell sing organization protects the people. Takashi bands together with the remaining humans of his high school to survive in a zombie apocalypse.