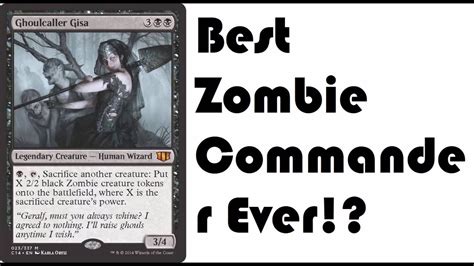 If you're not looking for an actual zombie to head up your zombie-themed deck, Lisa and Gerald are a solid two color option that basically extend your hand right into your graveyard. Having access to blue certainly helps the Commander game with self mill in addition to protection with counterspells after you're all set up.

If your zombie strategy involves dumping as many tokens on the board as possible, it's hard to imagine a better commander than Ghoul caller Lisa. I've personally never seen a Stitches Gerald deck, but I'm a big fan of the possibilities this card has to offer. 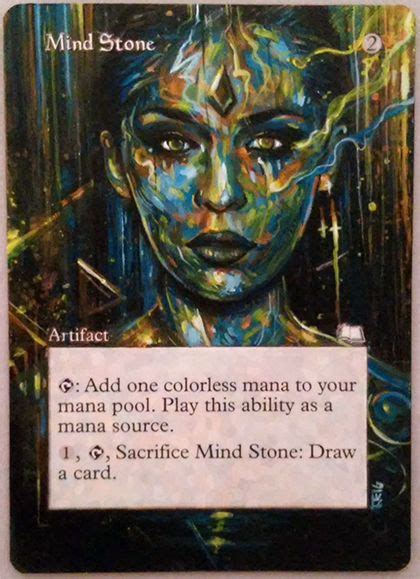 What Sides does give you is a reliable way to fill your graveyard and access to an awesome three-colour wedge, with some incidental zombie synergy. One of the main reasons is simple; the Commander tax hardly ever applies to this guy.

While not all zombie decks possess blue, those that do have the benefit of being able to include the enchantment Rooftop Storm. Perhaps one of the strongest enchantments that can be run in a zombie-tribal Commander deck, Rooftop Storm allows its controller to pay zero MANA rather than the cost of zombie spells they cast.

I realize zombies don't tend to be tiered 1 material, but I want it to be as much of a pain in the ass to fight as is possible. But I don't really want to lose rooftop storm or counterspells.

The other day, my brother got me with a Maelstrom Wanderer list that only had 2 nonland cards: ] and ]. The other one has Sided, Undead Vizier in the Command Zone.

This set is already looking great, and I can't wait for the pure chaos this Tybalt will bring. The other friends that I play with are casual players that play battlecruiser commander, like jamming big creatures and turning them sideways, tribal decks, your typical Timmy stuff that lots of casual players get into commander for.

I'm a decent drafter, I've played magic for most of my life, I'm a legend caliber hearthstone player -- I'm good at card games, and I understand them a lot. We all play together because we've been friends for years and years, and in spite of me winning a majority of the games we play, since it's something we're all familiar with, and I'm good enough with the rules to play an impromptu judge for our casual table if any of the other players have questions, they tolerate playing with me even if my decks are a bit more optimized than theirs and games turn into archenemy a little more often than I would like.

But it's fine, it's our group dynamic, and we all enjoy it (with each of our own fair shares of salt) Overnight it feels like my table has started running more interaction, practicing proper threat evaluation, learning good politicking, even making some cute plays regarding how the stack works.

I couldn't be more proud of my friends tonight, after playing magic with them for so many years tonight is the first night I've really felt like I've seen them grow as magic players, and I'm just so enthused about it. I know being a johnny/spike at a table full of jimmies is often a hard thing to do, but I've taken all the beats in stride and hopefully tried to teach some of my closest friends the intricacies of magic, and I'm just so happy to see them getting better at all the skills that go into commander, even if we are all just playing what amounts to a casual kitchen table format at the end of the day.

The mtg version of HEL is here, and she looks, pretty good. Her lantern also only targets one player instead of everyone which is pretty bad for multiplayer.