If you're not looking for an actual zombie to head up your zombie-themed deck, Lisa and Gerald are a solid two color option that basically extend your hand right into your graveyard. Having access to blue certainly helps the Commander game with self mill in addition to protection with counterspells after you're all set up. 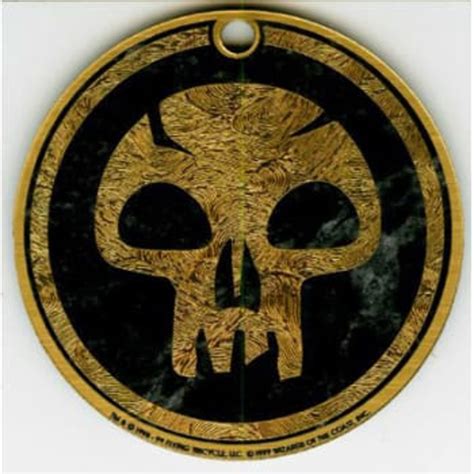 If your zombie strategy involves dumping as many tokens on the board as possible, it's hard to imagine a better commander than Ghoul caller Lisa. I've personally never seen a Stitches Gerald deck, but I'm a big fan of the possibilities this card has to offer.

What Sides does give you is a reliable way to fill your graveyard and access to an awesome three-colour wedge, with some incidental zombie synergy. One of the main reasons is simple; the Commander tax hardly ever applies to this guy. 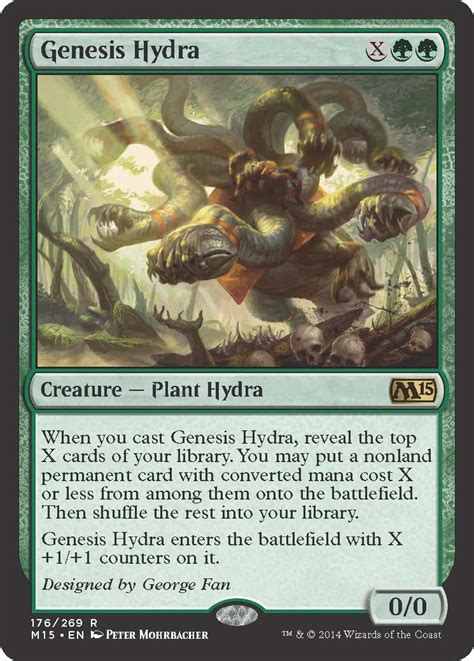 Do you like to deal huge amounts of damage to your opponents and commanding hordes of creatures? In true Mad scientist fashion, Lisa and Gerald will let you stock up your graveyard and bring back zombies from it.

Also, Grave crawler is a zombie, and if there is a single critter that begs for bank more than our legless friend here, no there isn't. Primarily, Physician Altar lets you get a limitless amount of ETB, enter the graveyard, cast, and death triggers off of the little bastard, which is wonderful for such marvelous cards as Plague Belcher, Diagram Captain, Secrets of the Dead-ended Discovery, Undead Augur, and Noxious Ghoul. 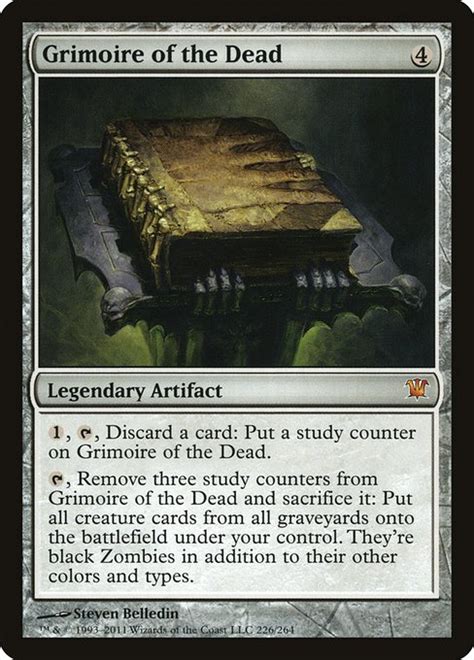 Dredge is a wonderful mechanic, you get it on Stink weed Imp and such, but unless you can discard your dredgers, you'll end up spending MANA on them, and even then, they're not guaranteed to go to the graveyard. Enter Rotting Register, an insanely efficient creature that comes at the “cost” of needing to discard every upkeep, which is not even a downside with dredgers and zombies in hand.

Zombie Infestation Makes for a powerful way to turn a flooded hand into a board full of creatures, and is cheap enough to be worthwhile even if all you do with it is discard lands and dredgers. Zombie Master gives some pretty intense staying power and good evasion against opponents with swamps.

Sac outlets are great, and downright necessary if you're going to use Undead Augur and Grave born Muse, as they can kill your in a big hurry. Without a doubt the most versatile of the sac outlets, though, is Corpse Harvester, who will fetch you swamps and zombies for as long as you can give him the fuel for it.

Press question mark to learn the rest of the keyboard shortcuts I realize zombies don't tend to be tiered 1 material, but I want it to be as much of a pain in the ass to fight as is possible.

But I don't really want to lose rooftop storm or counterspells. The other day, my brother got me with a Maelstrom Wanderer list that only had 2 nonland cards: ] and ]. 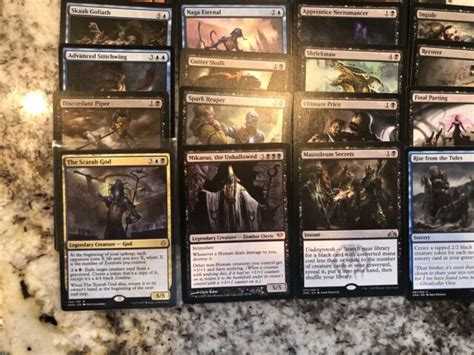 For each opponent, exile a creature card they revealed this way until Value leaves the battlefield. This set is already looking great, and I can't wait for the pure chaos this Tybalt will bring.

The other friends that I play with are casual players that play battlecruiser commander, like jamming big creatures and turning them sideways, tribal decks, your typical Timmy stuff that lots of casual players get into commander for. I'm a decent drafter, I've played magic for most of my life, I'm a legend caliber hearthstone player -- I'm good at card games, and I understand them a lot.

Overnight it feels like my table has started running more interaction, practicing proper threat evaluation, learning good politicking, even making some cute plays regarding how the stack works. I couldn't be more proud of my friends tonight, after playing magic with them for so many years tonight is the first night I've really felt like I've seen them grow as magic players, and I'm just so enthused about it.

I know being a johnny/spike at a table full of jimmies is often a hard thing to do, but I've taken all the beats in stride and hopefully tried to teach some of my closest friends the intricacies of magic, and I'm just so happy to see them getting better at all the skills that go into commander, even if we are all just playing what amounts to a casual kitchen table format at the end of the day. : Create a 1/1 green Elf warrior creature token.

A new elf centric planes walker with an ultimate that prob just wins the elf ball player the game, nice Ty var. Whenever an opponent sacrifices a nontoken permanent or discards a permanent card, you can put that card from the graveyard onto the battlefield under your control. 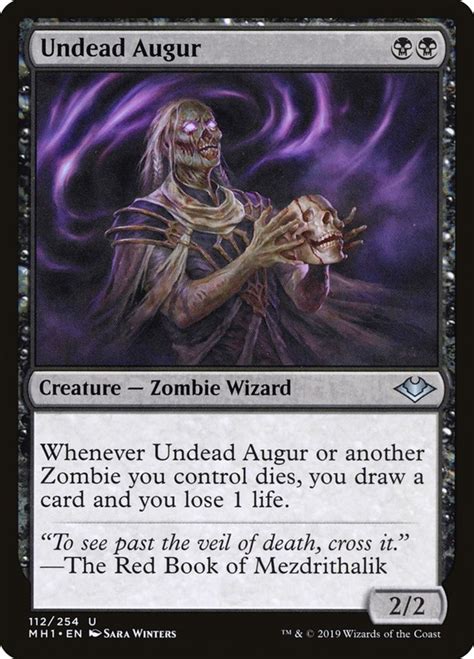 Tap, target player loses 3 life unless they sacrifice a nonland permanent or discard a card. The mtg version of HEL is here, and she looks, pretty good.

Her lantern also only targets one player instead of everyone which is pretty bad for multiplayer. Seems decent though for aristocrats as returnable sacrifice fodder.

While not all zombie decks possess blue, those that do have the benefit of being able to include the enchantment Rooftop Storm. Perhaps one of the strongest enchantments that can be run in a zombie-tribal Commander deck, Rooftop Storm allows its controller to pay zero MANA rather than the cost of zombie spells they cast.