Zombies were the hottest craze of the 2000s and 2010s, and fans received many great movies and TV shows throughout that time. Meanwhile, The WalkingDead contains many thrilling, likable, and iconic characters, including Rick, Carl, Glenn & Maggie, Daryl, Carol, Morgan, The Governor, and Began, to name but a few. 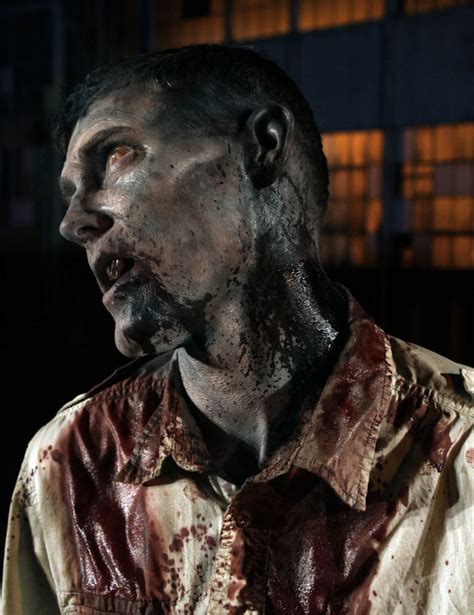 It's not even a contest; The WalkingDead handily beats Dead Set when it comes to the cast. However, Dead Set's zombies are fast, screeching, white-eyed beasts that will instill fear in any viewer.

This one is incredibly close, as Dead Set also contains some horrific and grotesque gore. Nicole is a world-renowned make-up effects artist and has worked on many notable movies and television shows.

The thing with Dead Set is that it mocks Big Brother and reality TV. The more diverse locations found throughout The WalkingDead help the show come across as more of a country-spanning, end of the world apocalypse.

Con in that said story has since dragged out long past the point of decomposition. The WalkingDead was once a TV powerhouse, but almost everyone will agree that it has long past its prime and cultural relevance.

Another pro of The WalkingDead's length is that it's accrued more time for memorable, show-defining moments. These include the initial hospital scene, finding zombie Sofia in the barn, The Governor's attack on the prison, and Began killing both Abraham and Glenn. 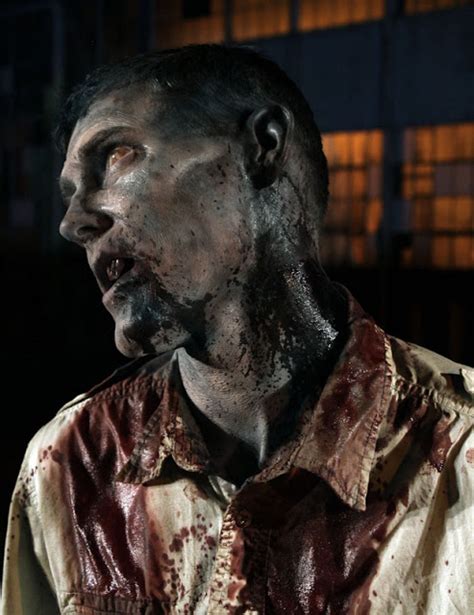 Dead Set took an enormous risk in its closing moments by having the zombies invade the house and kill everyone inside. Not a single character survives the onslaught, and the show ends with a combined Kelly staring into the camera.

Not only is the gore and make-up effects better, but the show also portrays larger, more destructive scenarios. For example, The Governor's attack on the prison made for spectacular television, and it would have never been found on Dead Set.

We asked Nicole (who has also made cameos as many zombies himself) to pick out his 10 favorite walkers ever and share the stories behind the screams. Read on as we count down Nicole’s list from 10 to 1, complete with inside intel and commentary.

So we did a lot of concept sketches, and then we did the full body sculpture, and then we made a full dummy that we rigged with special effects so that it could be torn in half on cue, and then we had bags of various-colored viscous liquid that we squib bed once we tore it apart. We had a dummy head that we filled with a bunch of gore so when they smashed it with the pipe it just exploded, and I remember Iron Singleton almost vomiting. 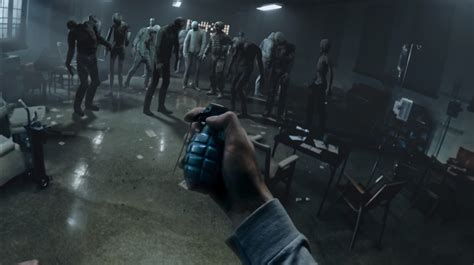 We were going for the idea that if you throw a hot dog on the grill for too long the skin turns black, but then as soon as the skin starts to split, you actually have that sort of gross pink uncooked meat underneath. So when we shot that scene in season 3, I just remember feeling that it was a really powerful image to see all those bodies sort of melted together but that we didn’t really have a great opportunity to showcase them because they were pretty obscured.

So when ‘The Grove’ came up, I thought it was a great opportunity to showcase these walkers because they would be obviously mobile, and they wouldn’t be in one just big pile of melted flesh.” “I remember being on the phone with Scott Simple and talking about the gag where Norman sticks his fingers into the eyes and pulls the skull and the spine out.

“This was something that we felt would benefit from the idea of a tree falling on top of it and not allowing that zombie to ever get up. So we dug a hole in a ground and hid the performer’s legs in the ground, and then we sculpted the lower legs and the chest and the rib cage, and we wanted it so that the whole rib cage hollowed out as if all the guts basically just poured out of the chest upon impact and just dissolved into the earth.

Once they did, it created some fertilizer around the zombie, so we were able to utilize that to manufacture moss that just covered that walker from head to toe. One thing about the show, these characters aren’t on screen for long times, so they have to be visually striking.

So the first thing that popped into my head were the scarecrows from the original Planet of the Apes. So the helmet is a motorcycle gas tank and a lot of the spikes that were coming out of it were rebar and circular saw blades, scissors and nails and all kinds of different things, but they all had to be applied in a way that had purpose to it. 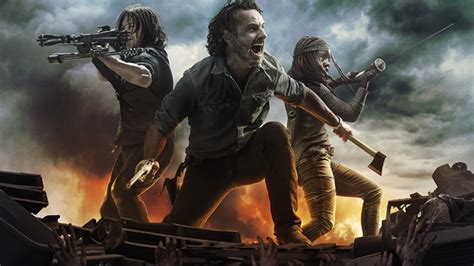 “Gino Cognate, who’s one of my permanent makeup effects artists on my team, played that zombie. That was probably one of the most grueling applications that we ever had done, because it was an entire day of shooting in August in the summer heat, and he was completely covered.

“I loved that zombie because the idea was that his entrails got tangled into the tree, and he never got loose. We started going for this kind of brown, leathery body with like white hair.

“Because a lot of times the walkers are easily dispatched, every once in a while we need to remind the audience how dangerous these creatures are and in that episode, the walker that bites Carter, I thought they really did a great job of kind of conveying that. Of course the funny thing was when we did do it, we had a blood tube in Ethan Embryo’s cheek and at one point when the walker bit into his cheek, there was a little of a fire extinguisher effect with the guys that were pumping the blood, and it just coated the guy’s face for about 20 seconds.

Everywhere else, every other location we’ve been to there’s been a lot of zombies around and now all of a sudden there aren’t.’ And as a result of a lot of those conversations, this idea came up of the walkers would be attracted to the sound of the other zombies and fall and tumble into this quarry, and then they couldn’t get out. So as the zombie walked forward the trip wire would pull the entrails out and dislocate the rib cage.

That was, to me, a great compliment to have something that they get so immersed in it, and then they start scratching their heads trying to figure out how we did it. “Episode 1 and Bicycle Girl was really a great opportunity in a world that very often is dominated by computer-generated effects, to say ‘Hey, guys, look what these sculptors can do. 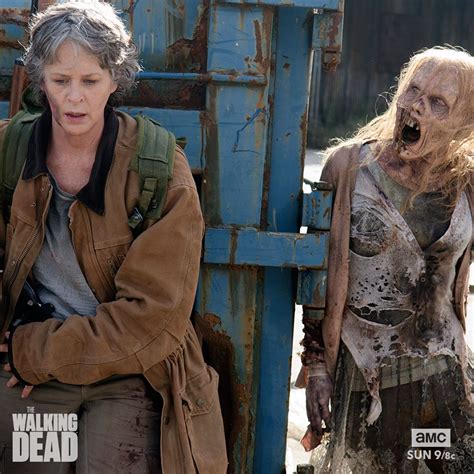 Look what these technicians can do with practical makeup.’ I think when The WalkingDead ever ends, that’s the legacy that I’m very proud of is that these great artists are celebrated.” Even though the show has evolved beyond just being about zombies, the hordes of undead are still a massive part of the story of The WalkingDead all these years later.

Whether it was Glenn, Daryl, or Shane, some legendary characters used the word “geeks” to label the zombies, and thus it deserves a place near the top spot. A name that has somewhat died out as the seasons go on, “lurker” is one of those words for the zombies that fits perfectly within the universe.

While we haven’t actually heard any characters refer to the zombies as “empties” quite yet, the name will be used constantly in the new spinoff, World Beyond. Although the name can’t help but remind me of the infamous Minecraft creatures, “creepers” are a great way to describe the zombies.

As seasons pass and the number of zombies who are a threat to the survivors fades, perhaps the term “roamer” will be revitalized. Often Used at the beginning of The WalkingDead, “the infected” has fallen by the wayside in favor of some more creative nicknames in recent seasons.

Introduced by a couple of “lame-brains” themselves in the infamous bar scene in season 2 of The WalkingDead, this label never caught on, and with good reason. It’s a silly nickname and is largely forgetful given the short lifespan of the characters, Dave and Tony, who said it. 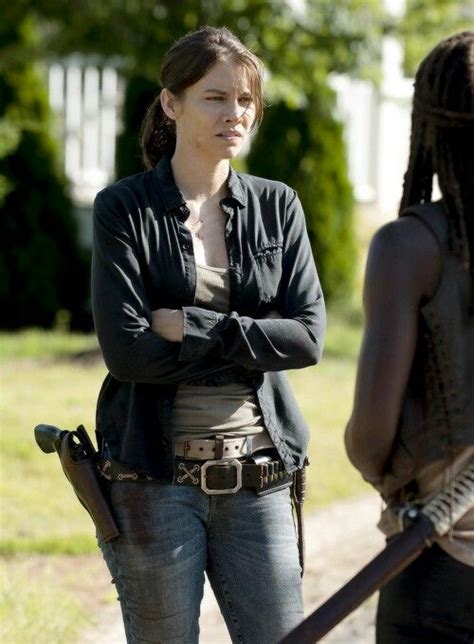 Obviously, the zombies smell unimaginably bad, but calling them “stinkers” downplays the deadly nature of their existence. As infamous as the “well walker” from season 2 is in WalkingDead folklore, the name is far too specific to escape the lower ends of the list.

Unlike “growlers,” this word doesn’t accurately describe the sound made by the zombies on the show, and thus “hisses” lands near the bottom of the list. John Doris from Fear The WalkingDead means well here, but this is a name that won’t catch on anytime soon.

This may be an accurate way to describe the zombies in The WalkingDead, but something about it just doesn’t feel right within the context of the world established by the main show. Some may rank “The Wasted” higher on the list after hearing it on both the main show and Fear, but it sits right near the bottom here.