2 has the options of making the pass to 1 for the open jump shot or 3 who takes the layup. At the same time, 3 also cuts to the left side wing by way of the high post cross screen set by 4. 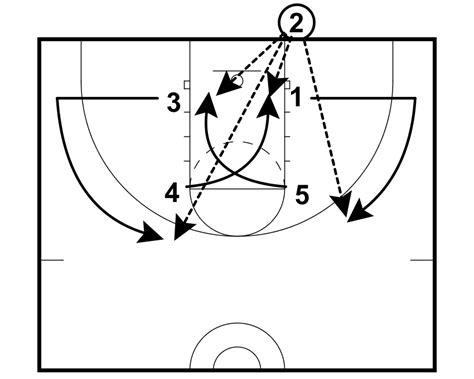 As that reversal action is happening, 2 cuts to the right side wing via a down screen set by 5. Additionally, if 2 is not open, the ball can be entered into the low post where 5 can attempt to score near the basket.

1 cuts to the left side corner via elevator screens set by 3 and 5. 1 dribbles to the free throw line area by way of a corner ball screen set by 3.

As that action happens, 2 cuts to the right side wing via stagger screens set by 4 and 5. Additionally, 1 can pass to 5 who can duck in to the middle of the lane after the stagger screen.

At the same time, 5 fills 4’s original position on the right side low post block. 2 comes off the screen and cut to the ball side corner while 1 drops back to the top of the key. 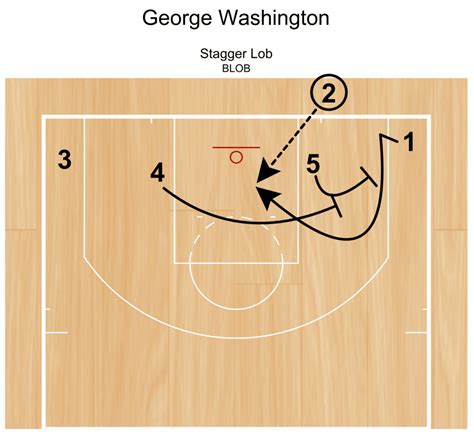 2 passes inside to 4 who can attempt to score from a low post move. As that is happening, 1 pops out to the top of the key while 2 looks for the quick pass from 3 for the layup.

Another option is for 3 to pass to 4 in the corner who can then take the shot if open after coming off the cross screen by 5. Additionally, 5 moves to the right side high post after setting the initial cross screen.

As this is happening, 2 comes off the triple stagger screens set by 3, 4, and 5 towards the opposite wing area. 2 can pass to 1 for the potential jump shot or 3 for the open layup at the basket.

Additionally, 1 pops out to the perimeter as a safety option if neither player is open. 3 makes a curl cut to the left side corner via the stagger screens set by 5 and 4.

3 cuts down to the strong side short corner to act as a decoy. 1 makes the cross court pass to 2 on the weak side for the jump shot if open.

As that happens, 2 then cuts to the right side corner via stagger screens set by 5 and 4. 2 makes the reversal pass to 1 who begins to dribble to the top of the key.

For this example, 1 takes the ball screen set by 5 who also rolls to the basket. At this point, 1 can pass to which every teammate is open based on the reactions of the zone defenders.

As this occurs, 5 and 4 set screens in the middle and rightmost bottom zone defenders. 3 quickly passes the ball to 2 who can take the open jump shot.

2 curls around the screen to the left side perimeter near foul line extended. If the layup is not there, 2 receives a pass in the corner from 1 while 5 continues the cut through to the weak side low post block. 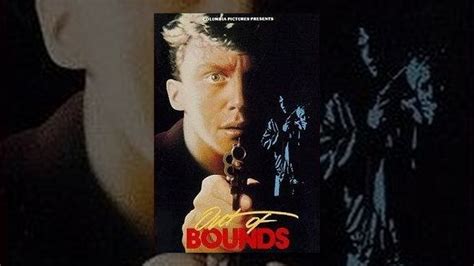 2 dribbles towards the right wing area before making a pass to 4 at the top of the key. Additionally, 3 pops out to the left side corner after setting the screen.

As that is happening, 4 can make a quick basket cut looking for the short pass from 5 for the possible layup. For this option, 1 does not pass inside to 5 but reverses the ball back to 4 at the top of the key.

Next, 1 pops out to the left side wing area to receive the reversal pass from 5. At this point in the sequence, the back side defender may move to guard 2.

As that happens, the 3-man can set a screen on the opposite back side defender. If 5 is not open for the jump shot, the 2-man can reverse the ball to the 1-man at the top who can initiate the offense. 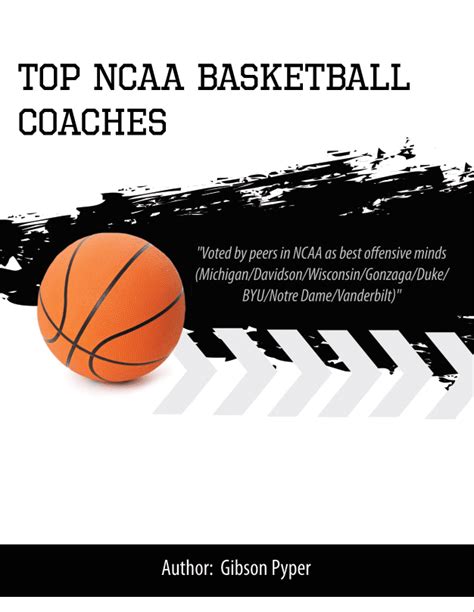 O1 is your safety and splits out to the ball-side wing. Diagram C. If the X3 defender stays inside, then O2 is open in the corner for the three-point shot. The inbound passer O3 has to read what the X3 defender does... if X3 goes outside with O2, pass inside to O4.

Here’s another baseline out -of- bounds play you can run against the 2-3 zone. In diagram A, your strong post player (O5) sets a screen on the middle defender X4.

Or, a corner 3-point shot may be open if the defenders stay inside. This play will get you an open shot from either the free-throw line, or the right wing.

In diagram 1, we start with the guards in the corners and the posts at the elbows. O4 screens the X2 defender so that O1 can get the inbounds pass on the left top area.

Notice that O3 moves inbounds, sealing the X3 defender for inside position... which puts him/her in position for either a dump-down pass inside, or an offensive rebound. This play will get us a corner 3-point shot the first time we run it, and the inside shot the second time... (more) This is a very effective play if you have a good tall post player... (more)See the complete article in the members section.

The complete article also includes: Offset 23-Box Missouri Kansas-1 Kansas-2 When you run plays, you will find that running different plays out of the same set can confuse the defense, simplify things for your players, and make it easier for them to remember the plays.

The first three baseline out of bound splays (Blobs) out of the box set are very basic. After the screens are set, 3 & 5 fill open spots on the floor.

Many times, the person who sets the screen ends up being the player that is open. After the screens are set, 5 & 4 cut to an open spot on the court.

After the 5 sets the screen, 5 looks to dive the middle of the lane. After the screen is set, 4 dives to the ball side block.

1 cuts to the ball side as a safety outlet. Execution Tip: This play can be very effective and give you lay ups, if you run it right.