This layout here work great if you are in the earlier stage of SimCity Build It and you don’t have the Simpletons for the expensive fire department, police station or hospital. You set up your roads like shown above and can put multiple of these setups next to each other. 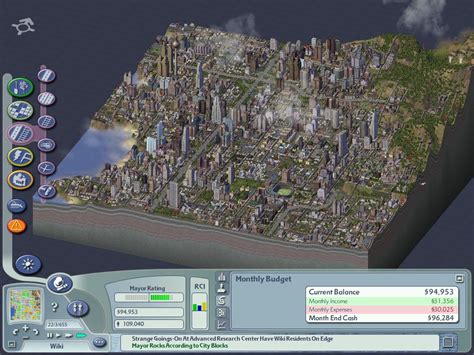 I have enjoyed using this layout myself for a long time as it is easy to expand, and you can use the medium service buildings for it. I have used this myself until I redesigned my whole city when I unlocked the full map in SimCity Build It.

If you have a layout that is working great, please share it and leave a comment, so we all can benefit from it Do you put your residential zones together and the industrial zones farther away, so the Sims need to drive, or do you put them side by side? I was trying to separate them, but the Sims just drive to a nearby city to work.

It is simply an article introducing the reader to some ideas into Suburban Design. Suburbs are the low-density residential and commercial districts surrounding a large city’s downtown area.

Other times they all have separate names, but are really part of the same city. Now, the suburbs I am familiar with are usually made up of large roads that are lined with commercial services and offices.

Freeways will be “arteries”, and the residential neighborhoods are the “flesh”. Now before you begin to laugh, my artistic abilities are very limited using MS Paint. 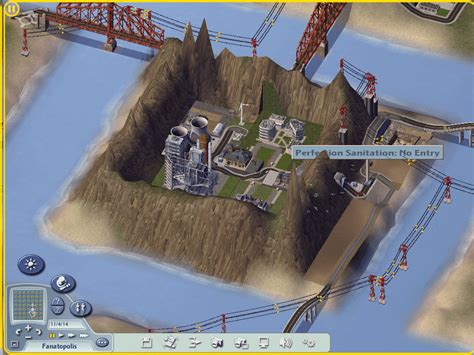 I would hope you wouldn’t have read this far if you didn’t want a good, realistic city with nice suburbs. In order to make our residential areas look realistic, first we must take into consideration what we know already.

It most likely has curving roads and nice cul-de-sacs right? The main thing to keep in mind is that houses should face the way you want them to.

You will find that as you are building that certain lots aren’t going to face the ways you want them to, and you will have to demolish some streets and then re-lay them. Now this next diagram is an example of the commercial areas acting as the “vein”.

In my next guide I will go into more detail on the planning of entire suburbs, and strategic placement of important buildings such as schools and the like. Until then, feel free to check out similar articles here in the Omnibus, or ask a question in City Building Concepts or SC4 General Discussion, here at Metropolis Forums.

Making statements based on opinion; back them up with references or personal experience. So this is my 2nd try with already 1 100 000 sims: http://steamcommunity.com/sharedfiles/filedetails/?id=927779930http://steamcommunity.com/sharedfiles/filedetails/?id=927779893 (if you want to see it's skyline)However I am struggling with a good layout for public transport. 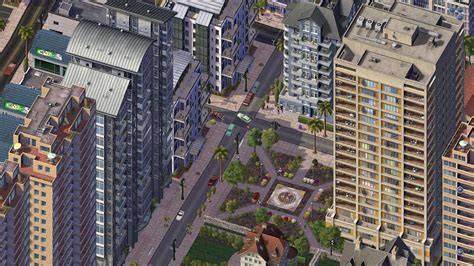 Especially Highways, railways and subways. My first try to build a bigger region failed at around 1 500 000 sims when unemployment took over and my public transport was so underdeveloped that people couldn't even move to their workplace. They all start out in downtown and some other cycle around the center like rings (see screenshot) .

Much of this information was figured out by various members of the Sim Nation Guild. This guide was originally compiled by Dee Finney, and I've updated it as new information has arisen.

These numbers are rounded off, so they're a little easier to remember too. Snowstorm had slightly larger numbers, which you can see in his 60-second tip below.

Dirty/Manufacturing industry wants police, then shorter fright trips, then NOTHING else, they're happy. After you've taken care of the basics that every zone wants, power and water for higher density/$$$, take care of problems in this order, and you'll spend less money, attract more Sims, and make more money.

I think this is the most important info people are missing to building a great city. The utilities buildings, water pumps, power plants, and incinerators age over time, more for the more they are used. 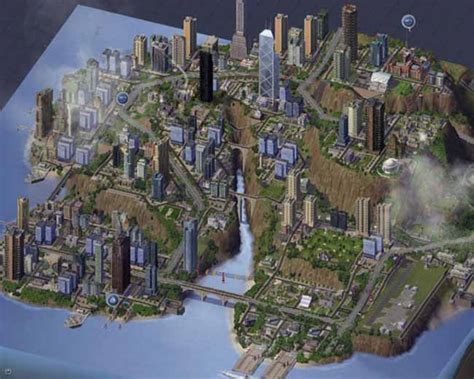 The distance a sim is willing to travel for work is rather pathetic, which means you have to build your commercial and industrial zones very near your residential areas. Try using the Network Andon Mod (NAM) to round out the types of roads you can build and increase the distance sims are willing to commute to work.

Also, Metropolis is the single largest online community for SimCity, and they have thousands of helpful users on their forums with invaluable information to help you succeed at city building (not to mention the Metropolis Exchange (STEP), which has tens of thousands of user created buildings, models and mods you can download to enhance the game). I've not played in ages, but I seem to remember that the trick was to not become too attached to any particular segment.

That is, if you spent a lot of effort building-up a big commercial area, let's say, then it starts to falter, be willing to bulldoze it down and make something different, if that's “what the game wants.” I also seem to recall that making lots & lots of “mini-cities” -- neighborhoods that were nearly self-contained, with a nice balance of parks & rec, industry, commercial (“strip malls” :) and residential seemed to work well.

Also: I think it helps to always repair damage (disaster or rot) as quickly as possible, and spend the money on police & fire services. That said, though it's been a couple of years since I've picked it up, have you ever tried making a smaller city adjacent to your current one which functions as your area for dumping garbage, factories, etc.

The last time I played, I tried that strategy, and it kept my city very clean, and I had a pretty happy population. Run power lines from the smaller city to your large one and have some roads for dump trucks to head out. 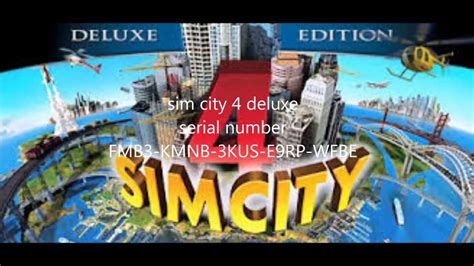 I found that it made a pretty huge difference in my pollution rate. After some years of establishment build a complete education system, and try to balance your budget.

These steps would help you to build a large city with high skyscrapers for both residential and commercial zones. Do build parks at regular intervals, this would keep the desirability for the high zones to certain extent.

Start your city on the other side from that and adjacent to the small tile. Locate your water facilities near your nascent town as well, away from the dirty stuff.

Dirty industries can be located by the dirty stuff, but provide good transportation to get there OR locate industry a moderate distance (center of map?) From your town so that the Sims don't have to travel too far for work but res/comm growth is not adversely affected by the pollution.

A good time to do this is when you are about to outgrow your water towers, or they have aged and need replacing. Roughly double your water capacity then save and exit to region. 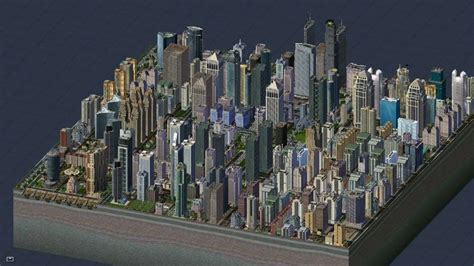 Go to the small tile and make that where you concentrate your dirty industries, power generation and waste disposal. Make sure the transport network is strong, possibly including a connecting freeway and definitely trains (with a freight station at the shared border).

Reduce or eliminate the dirty industry in this city so that your Sims are going over the border to work at the factories. Leverage your cities' strengths so each can profit from revenue streams that become more critical as the income from easy growth tapers off.

Have your dirty industrial city sell cheap electricity (from burning coal and garbage) to your clean town. Your nascent high-tech city can profit greatly from selling water, as the polluting industries need a LOT of H2O.

This money can be used to get your expensive educational system on its feet without causing a death spiral for your budget. From the start these cities can be targeted for high tech, or they can be developed to take advantage of spillover development from your successful first city with a growing high tech industry.

As you begin to develop a megalopolis there are other issues that will crop up, such as intercity transport links and the failure of your dirty towns as development wants to spill over into them and demand for dirty industries decreases. Colorful buildings are producing a good amount of tax revenue. 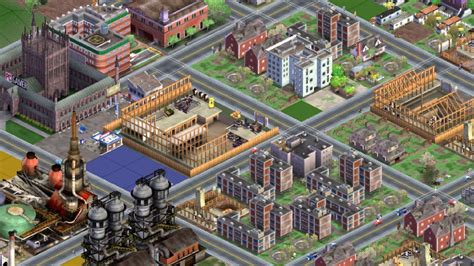 Demolish those black industrial buildings and watch the development flourish. One tactic I like to use in medium and large tile cities is to develop a certain area for whatever density (usually low or med).

Finally, if you find yourself in a bad budget situation... crank up taxes on one, two, or all three of the main categories and run up a big surplus to fund whatever it is you need to do. Build a balanced city: you can happily mix the different kind of zoning.

Also, one is not enough as your city expands, always check your garbage status in the HUD constantly. I like to develop my cities using squares of blocks, if that makes sense.

I put several of these squares in my cities and I use some form of higher capacity transport in between. To encourage more traffic flow on your avenues as opposed to local streets, you could place streets, as these are slower, so fewer people want to travel on them, however I tend to use plenty of one way roads which just inconvenience drivers trying to take a shortcut. 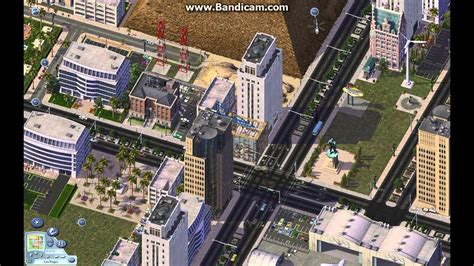 When zoning the residential using the squares' method above, I usually leave the center block clear to place things like libraries and clinics, but don't start placing any civics until the city is on its feet, and you want to start bringing in more wealthy citizens. Place a coal-fired power plant in the industrial area for now.

Make sure there is ample power and water coverage around the city, then start bringing in the medium-high wealth residents. At this point you should start zoning medium density commercial to provide your more wealthy sims with jobs, keeping the commercial areas near the center of the map to reduce the average commute time.

The reason I try to keep this city primarily medium-high wealth is because I know I will get a higher tax income from them, so I can give a full education and healthcare system to them. Increase taxes for dirty and manufacturing industry as well as for low-medium wealth commercial services.

When your budget is in a strong position give full education and healthcare. The reason I don't generally build too much of it in my wealthier city is because while residential and commercial towers can grow upwards, all types of industry can really only grow outwards, so the land demands in the other city would be too great. 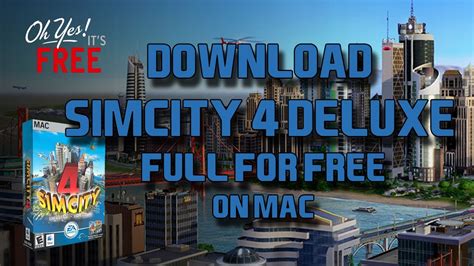 If your budget is in a strong position in this city, you might consider removing the dirty industry and switching to renewable energy, if you have unlocked solar. If there is more residential demand zone some more medium density residential, if there is more commercial demand rezone some commercial area near the center of your city into high density to allow development of skyscrapers.

This will be for low wealth residential and for dirty and manufacturing industry. When the budget is looking ok, place a police station and some cheap forms of education (college, library and museum).

I have a region containing 12 towns & cities with a total of 3.6 million residents, no cheats, no modifications either. The trick I find is to constantly evolve your towns and cities, ensure there are plenty of good reasons for residents to want to live there, i.e. low crime, hospitals, education, parks, transport, plenty of water and power.

Ensure there are plenty of transport options, so people can get around, put tolls on some roads to aid with the budget.