Banned In your opinion what is the BEST Legion Zone ? For me it's the Broken Shore, so much to do there, lots of variety, fun world quests.

Titan Such a huge surprise you would pick the one zone most of the community hates, almost as if you're trying to bait people into trash talking you. It has a Dungeon, a Raid, it's the Legion's capital, it houses the Army of Light, and it's badass.

Such a huge surprise you would pick the one zone most of the community hates, almost as if you're trying to bait people into trash talking you. I picked Samar tho because I loved the aesthetics of the main city.

Mechanize Originally Posted by Peacocks The Warlock Those are also great in Samar, which we did enjoy hanging out at too.

But the place is a bit darker and more hostile in climate. It's too bad there's no “freed” version of the city we can visit after completing the content, really.

The Broken Shore is my favorite zone due to the easy BOS Was I can do from the safety of my Classroom and free 880 gear. In terms of which one brought me the most fun initially, I would have to go with Stormed. 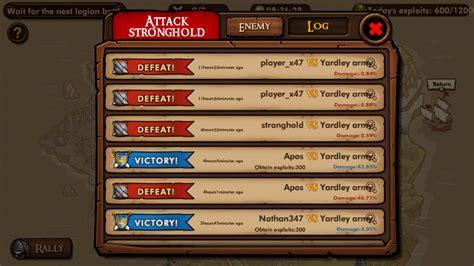 I also like the idea behind Valsharah but that zone is too much of a clusterfuck, even with flying I have avoided it leveling alts. Titan Stormed is my personal favorite.

Andean Monk Originally Posted by Peacocks The Warlock Wow. The Irony is strong in this one <3 Stormed Broken Shore Highmountain.

TBF, if you have trouble navigating those zones, it's because you're a bad player. The zones shouldn't be designed to hold the hand of players who can't use a map or common sense.

The only zone that is remotely difficult to navigate, is high mountain, and that's only because the paths that lead to the higher parts of the mountains, aren't shown on the map. Scarab Lord Personally I'm a fan of High mountain, because it's just a beautiful zone with a nice atmosphere and lots to explore.

I find the forests of Samar to be stunningly colorful and gorgeous. High mountain, on the other hand, is just a bland brown and white pallet like we've seen in many zones before it, and brings almost nothing new to the table.

Speaking of things that are expansion-specific, if you haven’t earned flight via the Pathfinding achievements in Warlords or Legion, that may not be as influential a decision as it was in previous expansions. However, Battle for Zeroth currently appears to be keeping its Pathfinder requirement, which could make it a frustrating expansion to level through.

For myself, looking at the expansions and remembering how much I enjoyed certain ones as leveling experiences, I think the strongest contenders are Legion, Warlords of Drano, Wrath of the Rich King, and Mists of Mandarin. I think if I had to rate them, it would depend on if I were playing a Light forged Drained or not, but for pure ease of getting XP from quests, for having the most varied dungeons to run, and for the least amount of travel time problems between quest hubs, I’d make the following call.

Legion is similar, but I think for a lot of players Wrath of the Rich King combines decent quest flow with nostalgia that will keep them playing, and that’s worth considering. Wrath of the Rich King is a lot of players’ favorite expansion, and it managed that through some excellent storytelling, potent nostalgia, zones that packed a solid amount of questing in relatively close quarters, and some excellent dungeons (even if they’ve become very familiar to us over the years).