Long notorious for its criminal gangs and drug violence, these days GuatemalaCity is experiencing somewhat of a rejuvenation. Many of these zones (specifically 3, 6, 18, and 21) remain off-limits for tourists, but flooded with a new generation of hopeful young people, other areas of GuatemalaCity are positively thriving. 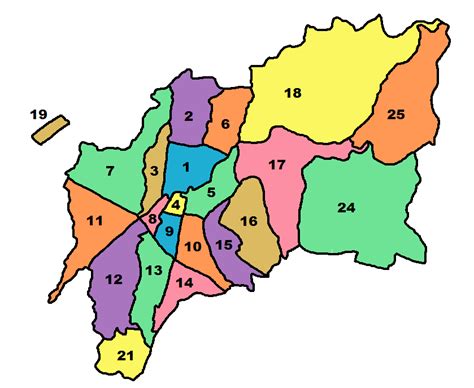 Part of Zone 1’s appeal is its chaos: the hum of traffic and honk of horns is ever-present here, but it remains one of the most interesting (and photogenic) areas of the city. The center of this neighborhood was inspired by the 1889 Paris World’s Fair, and today a touch of Paris remains in the form of the Torre del Reformatory, a mini version of the Eiffel Tower that was built in 1935 to honor the progressive administration of President Just Ruins Barrios.

Also in Zone 4 are the central INPUT offices, the Supreme Court, and several other government buildings, but most visitors find themselves drawn to the pedestrian-friendly Cairo Grades North(Four Degrees North) district. This area is now considered the cultural and gastronomic center of the city, and its vibrant streets are packed with bars, restaurants, shops and clubs, and the walls are adorned with colorful art.

The streets are lined with embassies, designer shops, posh restaurants, and ritzy bars, and the buzzing nightlife in this neighborhood has led to it becoming nicknamed ‘Zone Viva’ (lively zone). Breaking the Code -- Guatemalan addresses may look confusing, but they're actually easy to understand.

Zone 1 This is the most central and oldest section of the city, home to the Plaza Mayor, Metropolitan Cathedral, and National Theater, as well as many budget hotels, stores, and restaurants. Several buildings date back to the capital's founding in 1775, when a Mudéjar (Moorish) architectural style was so fashionable and uniform that the only thing that distinguished one private home from another was the size.

Traffic noise and exhaust fumes flood the crowded streets and avenues. Be very cautious when exploring this area and avoid going out at night, as petty theft and even gun violence are common.

A touch of Paris still remains: the Torre del Reformatory, a smaller version of the Eiffel Tower built in 1935 to commemorate the progressive administration of President Just Ruins Barrios (1873-85). Travelers will want to be aware of the central INPUT office here, housed in the Civic Center along with the Bank of Guatemala, the Supreme Court of Justice, and other government buildings.

Nearby, the compact Cairo Grades North is a pedestrian-friendly and safe section of bars, restaurants, shops, and discos. The streets are lined with trees and gardens, embassies and eateries, luxury hotels and shops.

More than just a playground for the well-heeled, Zone 10 is also home to the Muse Inches del Trade Indigent, Botanical Garden, and Pool VH Museum, with its notable collection of pre-Columbian pottery. It's a pleasant place to spend an afternoon or a night if you have an early morning flight from La Aurora airport.

The GuatemalaCity zoo is well maintained and organized, and if you’re an animal lover it’s a great way to spend a couple of hours. The zoo has several exhibit areas, including the African savanna, the Asian subcontinent, the Mesoamerican tropics, and a farm. 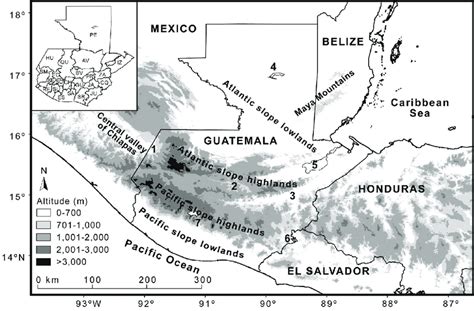 Muse Inches de Traje Indigent offers visitors the chance to learn about Guatemala’s iconic Mayan textiles. It also has an art gallery downstairs, a children’s section, a café, library, and an ethical shop that sells textiles made by local weavers.

This creative hangout has live music from Tuesdays to Saturdays including everything from rock to jazz to classical, and there’s plenty of poetry readings, discussions and forums going on here too. The walls are adorned with prints of Che Guevara, Bob Marley, John Lennon and Vincent van Gogh, and entrance is free every night apart from Fridays and Saturdays.

Bookworms will be in their element at the sleek Biblioteca National, which casts an impressively modern shadow in a plaza packed with colonial architecture. The Muse Nacional de Arqueología y Etiologic is home to Guatemala’s largest collection of ancient Mayan artifacts.

Managua, the capital of Nicaragua, was devastated by earthquakes in 1931 and 1972. An earthquake devastated northern and central Costa Rica in 2009.

In 1968 the Arena Volcano in Costa Rica erupted. The 3 villages of Ta bacon, Pueblo Nero, and San Luis were buried under ash.