There’s a lot of wrong with the Maw in its current state, making it easily fall to the bottom of this list. When it comes to places like Seventieth and Greenwald, it’s hard to argue against spending more time in those particular zones to farm reputation or finish up more World Quests. 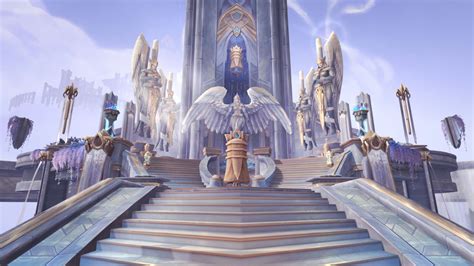 But in the Maw, maxing out your daily Eye of the Jailer mechanic while completing all the available quests that Ve’Nazi has to offer just feels like a second job within the game. Once you kill enough enemies and gain enough reputation in the Maw throughout the course of one day, mobs will begin tracking you down while the zone passively depletes your health one second at a time.

There’s better ways to gate content than situations when the game is actively throwing you out of a certain area after you’ve spent too much time there. Regardless, players wanting to leave a place early when they know they’re going to eventually get kicked out isn’t a good look for the Maw.

Throughout the course of the Maldraxxus leveling storyline, players are reintroduced to several main characters, such as Drama, Alexandros Migraine, and Lady Vast, tying up several loose ends from past expansions. But although the leveling experience in Maldraxxus is particularly strong, the zone falls off heavily once players reach Shadow lands endgame.

The art direction of Maldraxxus feels entirely too uniform, making the zone ultimately unappealing to go back to and spend time in. Image via Blizzard EntertainmentBastion is easily the prettiest zone in the Shadow lands with its shining gold and effervescent light blue color scheme continuously keeping things bright.

Speaking of Hero’s Rest, the elevated Syrian settlement in the middle of the zone is one of the most relaxing, comforting hubs in all of Shadow lands. While other zones in the game, such as the Maw and Maldraxxus, could easily bore you into leaving for another destination, Greenwald makes an attempt to reel you in with its soothing atmosphere and relatively straightforward experience. 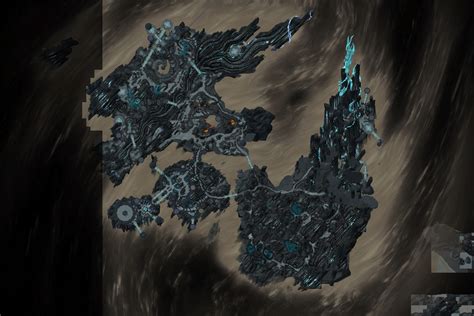 The zone’s varied landscapes also add a boost to its ambience since many of the different subzones of Greenwald feel different in comparison to each other. From the deep royal blues of areas like Liberal Hollow and the Heart of the Forest to the murky Amber and violets of Tina Scythe and Dark reach, Greenwald beautifully blends together its color palette throughout the entire zone.

Whether you’re disguising yourself as a servant at a noble’s party or delivering missives for the local revolution, Seventieth has tons of unique and original content to offer. Taking strong influence from worlds like Blood borne’s Harm and Dungeons and Dragons’ Raven loft, Seventieth perfectly captures the atmosphere of a Victorian-era inspired revolution story filled to the brim with vampires and gargoyles.

It’s genuinely hard to avoid the action in this zone since every locale, quest hub, and small nook in between is bound to be loaded with something for players to do. Elemental Lord I'm sure most people have finished each zone now as it really doesn't take that much time to get to 60 (I think I've done it within 10 hours of playtime with reading every quest and skipping only side quests).

Andean Monk Greenwald might just be the most gorgeous zone of all time. Seventieth is growing on me by the day, while Maldraxxus just isn't all that spectacular (although it did have some good side quests).

I lost count of how many screenshots I took, despite going there multiple times for dungeons on beta. Banned Favorite zone aesthetically would be Greenwald, the night sky full of stars is very pleasing to the eye. 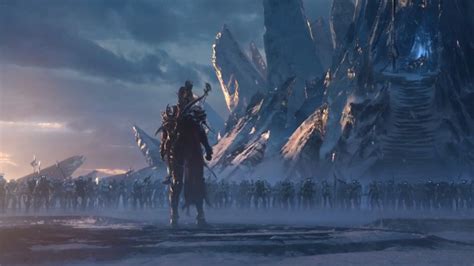 Favorite zone story wise would be either Seventieth (because of the political intrigue and the mysterious background surrounding the Light and the Ember Ward) or Bastion (I really liked the small quest line related to the Void's attack on Bastion eons ago). I completely the expect Blitz to expand on the Maw (make the zone bigger, add new mechanics) in the future.

I don't know if it's the colors, or the fact that as a Christian the idea of redemption for even the worst of entities (and in a non-traditional way) really resonates with me. Blood sail Admiral A zone for me has to be efficient to navigate, have interesting visuals and a good story.

I liked Seventieth's story, but visually it's a bit bland and a nightmare to navigate. Greenwald is simple enough to navigate, story was a little meh and has very nice visuals.

I did like the golden water effect though its story is fine but a bit thin, and it's chasm's make navigation sometimes annoying. Maldraxxus is simple enough to navigate again, story was decent, but it looks bland.

My MAL http://myanimelist.net/animelist/Draknalor For The Glory Of Each YouTube Vindicates It has some cool concepts I like (huge Colosseum in the middle for fighting) but I generally don't like the undead aspect of the game, so it's not my cup of tea as much. 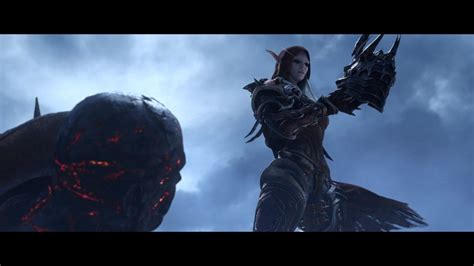 Old God So I was thinking about his yesterday after finally completing all the zones. As far as beauty goes, Greenwald takes my breath away, but the zone as far as questing goes remind me of the flow of BFA and I hated the flow of questing in BFA.

I think Bastion overall had a good flow of questing and an overall beautiful looking zone. Ravendreth is awe-inspiring if you like that Gothic scenery, and from a scenery perspective it's great, the questing flow is good too, but from a ground level is pretty much just like looking at rubble and ruins... which might be a type of intended message of the zones narrative.

Maldraxxis was horrible, mixing skulls and bones with the tile set of Desolate wasn't my ideal looking zone, although that arrival scene when you come in and see just this misty eerie sight combined with the Prius statue is pretty awesome. If its looks and questing and just the general zone experience then I have to go with Bastion.

In a poll it might be difficult to display, but are there huge discrepancies between your favorite zone from an aesthetic perspective and its story? It's basically a carbon copy of Samar (which is great) story-wise and even when it comes to visuals (although they're dark and twisted).

I leveled my DK first and put him in Maldraxxus due to the ability and the transmit but I just can't get into the aesthetic of the zone at all which sort of puts a damper on my immersion. Bastion seemed vanilla but had everything I expected it to with a crisp and pristine zone. 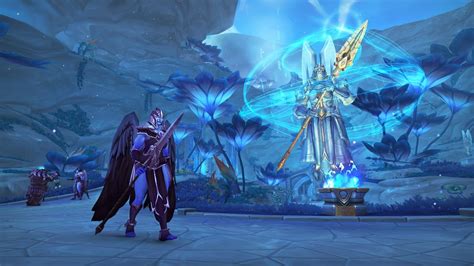 Actually hoped we would see a realm where all dead hardcore Horde and Alliance members would be in constant conflict for all time. Dread lord Theme and musically wise, Seventieth (also because of my covenant).

War chief I was surprised at how beautiful Greenwald was, and it would’ve been my favorite, and then I played in Seventieth. Where Greenwald leads with art, Seventieth does with story and dialogue; by far the best of the expansion.

I’m not a Republic serial villain Dan; I did it 45 minutes ago.” I would love for them to expand on this theme in this and/or future expansions. 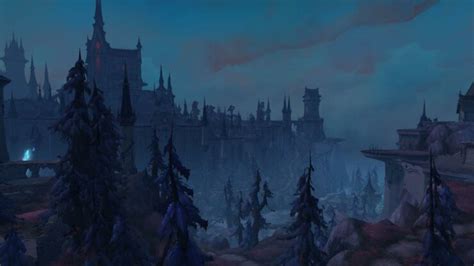