Idaho has some best elk hunting in North America with an average success rate of almost 30 percent over the past 20 years. Unit 68A in the Snake River Elk Zone, that includes portions of Bannock, Bingham, Bonneville and Power counties.

Unit 56 in the Bannock Elk Zone, including portions of Cassia, Oneida and Power counties, also had over a 25 percent hunter success rate in 2009 with 16 hunters taking four elk. Unit 63 in the Snake River Elk Zone includes portions of Bingham, Bonneville, Butte, Clark and Jefferson counties and is a one of Idaho’s most popular elk hunting regions.

Unit 29 saw almost a 22 percent success rate in 2009 with 90 hunters harvesting 20 antlerless elk. Elk hunting is a pursuit that many hunters hold sacred in their annual lineup of fall adventures, and limited entry elk hunting is a whole level up from OTC.

Many apply and few are chosen, yet year after year, with odds mounting against us, we apply anyway and when the scales tip in our favor all other hunts fade into the background and our priority has been set. We see amazing populations in many units, marginal trophy quality when compared to B&C standards but overall reasonable drawing odds for a truly unique hunt choice.

There are a few roads that run through this unit and not a lot of places to get back and away from it all, 95% public land, some of the best draw odds for limited entry Idaho, and harvest stats to back it up, definitely a chart topper for a reason. With a season running in late September and into early October this is a rifle rut hunt and that is a unique opportunity.

These elk herds are not bursting from the seams, but when you find bulls you are likely to see a shooter. High public land and good access make this hunt choice excellent.

Muzzle loader allocations are low across the board thus nonresidents won’t see much for overall opportunity. Hunt dates are weather permitting should offer solid rut activity.

Bow hunting elk is an ever-evolving game from the start of the season to the end. I’ve built a custom spreadsheet (yes, it took a while) to show you which units are at the top of the heap for your style of hunting.

First I’ll walk you some common mistakes, how I built the file, and what the data tells you (and more importantly, what it doesn’t). I actually spent several years working in data analytics, so trust me, if I could crunch the numbers and give you an answer, I would.

The reality of over the counter (OTC) hunting is that instead of looking for elk, you need to work on avoiding other hunters. Like most western states, Idaho goes through a lot of effort to publish big game harvest statistics every year.

That data governs how tag quotas are set, but it also helps hunters figure out which units have the best hunting. The data Idaho publishes is always a year old, which means that most recent stats are currently from 2019.

Success rate is overrated Success rate is a bad metric to trust because it doesn’t tell you the most important thing: who are the hunters that killed elk and how are they hunting? The other is mostly wilderness area and is filled with hardcore backpackers that live less than an hour away.

Units that have tons of road access (read: not much backcountry) often have high success rates. You don’t really want to be there because success is more about luck and the sheer number of people driving roads.

Also, some units that have low success rates actually have wonderful hunting… it’s just hard for the average person to get to it. Then I spent some time adding two important stats into the file: Public acres per hunter and days per harvest.

Public land per hunter What it tells you: Roughly how crowded a unit is. Some units near cities might get a lot of hunters that live nearby and spend less time hunting because they know when/where to go.

Then I used a heat map to show which units have the best stats and which have the worst (that’s just fancy term for adding “stoplight” colors to the data, so you can visualize it… green is best, yellow is ok, red is worst). Step 1: Pick a statesmen 2: Find the units that are closest to you have to start somewhere. 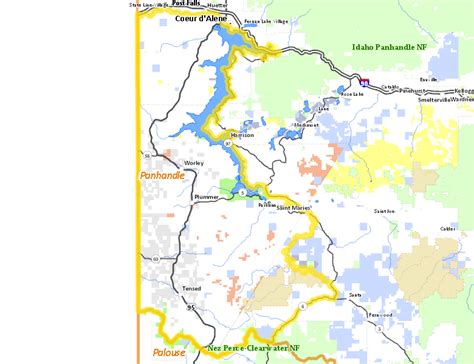 To get access to the file you’ll need to subscribe at the bottom of this page, and so I can automatically email you with the link. Otherwise, I’ll post some photos here that should help (although they definitely won’t cover every unit).

Like we discussed above, that doesn’t necessarily mean it’s bad: the units I hunt have some yellow stats. Step 4: Evaluate other sources of pressure Like we talked about, the numbers don’t tell you everything.

A good way to tell is to look at trailheads on Google Maps, check out sites like AllTrails.com, or make some phone calls. We’ll get into more specific sources of pressure when we talk about picking spots later in the series, but for now those are good ones to cover.

Using those sites it’s pretty easy to tell how many roads crisscross a unit and just how challenging the terrain is. If you’re road hunting, a unit that has a lot of access isn’t necessarily bad if there are pockets for the elk.

Don’t worry if you haven’t found “the one” yet: it’s actually a good thing to have multiple spots. We’ll cover how to pick individual spots and hunting styles in the next few weeks. 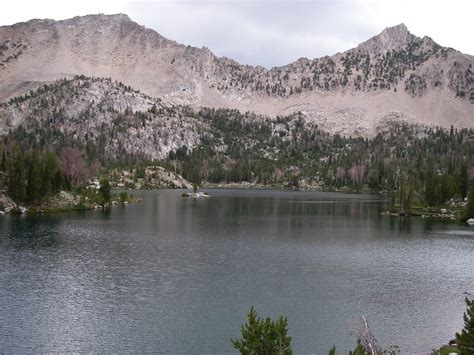 Remember, picking a state or a unit isn’t what will make you successful. You should make a decision here and move on because what really will set you apart is where you go within the unit, the knowledge you have, and how hard you train.

You’ll get an email within minutes with the links to files for Idaho and Colorado. From everything, I've heard, it's in the same situation as the wilderness areas I hunt further South--hit hard by the predator problem that was out of control a few years ago and there's some been recovery but still a low population density.

I would focus on some recent burn areas, of which there are several. Unfortunately, the Solo has suffered greatly from winter kill, habitat degradation, and predation. Haha But I will say I'm not afraid to give her the good of' college try.

Haha But I will say I'm not afraid to give her the good of' college try. Unit 10 is generally more remote and steep with both mule deer and whitetails.

Except for designated wilderness areas you won't escape roads and of course other hunters wherever you choose to hunt in Idaho. It's beautiful country, and you definitely won't regret spending time in there if you do. 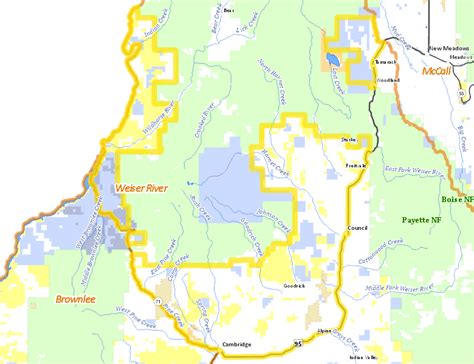 It's tough country to hunt due to terrain and thickness, and its definitely not loaded with animals. It's also probably one of the best areas in northern Rockies to escape other hunters and really feel alone somewhere.

If you get a chance when you're scouting in the summer, try to get a bit further in and north along the state line. Good thing about limited elk and deer is there ain't many hunters either.

I found several elk but wasn't impressed with anything at all just not great habitat. Place I hunt has a 20-mile ride via SAS into it and have never seen another person there or on way there.

Last year as many wolves were killed as elk at one point when I was there and there was a lion attack on an archer, so ya predator problems but no real grid problems because there's nothing left for them to eat I guess. Good luck even finding a medium-sized mule, focus on whitetails.