Some places are more of a challenge to level in than others, but maybe that's your thing, so don't let this list keep you from exploring every corner of Zeroth. It's got a lot of great quests, lore, and locations, which are all advantages, but you can only enjoy that if you can get out of South shore or Warren Mill without running into a raid. 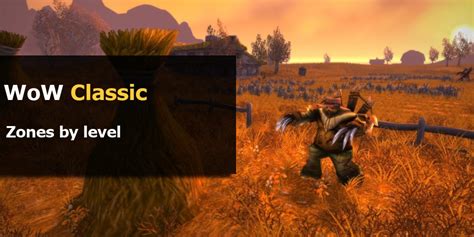 The two opposing factions have cities very close to each other here, perhaps closer than any other zone, and that makes raiding a fact of life. Dark shore often gets overlooked due to location, but it's a perfect place to level, at least if you're an Alliance character.

It's not just the relatively safe location north of Ashen vale or the convenient transportation options in Aubergine that allow players to avoid the Barrens entirely, it's also the rich lore and gloomy atmosphere. Yes, that is actually an Old God with a sword sticking out of its head, and players travel to see this like it's a tourist attraction.

There's a lot more PVP action in contested Ashen vale nearby, but that's the only zone directly connected by land to Dark shore. This one really is a matter of opinion, as plenty of players enjoy the sprawling landscape and wacky conversations.

Classes with speed buffs and special travel forms, like Hunters or Druids, will probably enjoy the Barrens more than most, but it's slow-going for others. Another zone that gets overlooked because of the awkward location, most players just run through the Wetlands on their way to Dun Burgh.

That means the zone is fairly empty, so you can level in peace and enjoy the landscape, resources, and lore. The Wetlands have dwarf ruins, dragons, even a tribe of wayward orcs that are hostile to both factions. 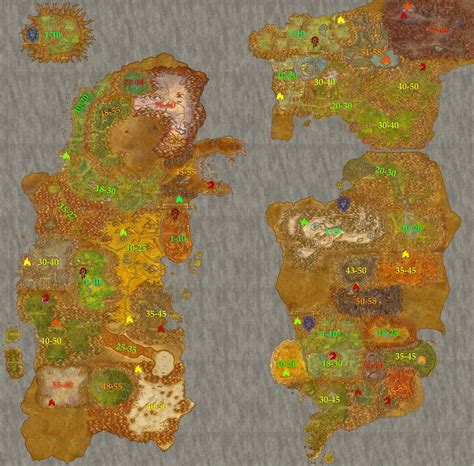 The tropical landscape makes it a bit easier to hide and is full of rare and valuable resources. You get to travel around the zone, learn about the lore and people, and finally unleash a hideous abomination on the unsuspecting townsfolk at the end.

The geography is boring, with the same features throughout, which makes it easy to get lost, so you have to check your map constantly. You know a zone is awful when the hazy dry lake filled with scorpions on the southern end is a welcome feature.

The wide-open fields make travel easy, but they don't have a lot of variety and its location is fairly obscure, on the far western corner of the Alliance zones in the Eastern Kingdoms. It's a good place to level, however, partly because it's a peaceful zone in a sheltered area, it's easy to find your way around the open landscape, and there's a lot of interesting lore to enjoy.

The zone was essentially restored to the time before Princess Threads drained it of life and settled in Maraud on, but in Classic it's still, well, a desolate area. It's especially depressing to run into the place from the neighboring zones of Fer alas and the Stone talon Mountains, which are actually quite beautiful.

The eastern shore of Cordero Lake (technically in Hills brad but much easier to get to from Silver pine) is for players in their 30s or 40s. A lot happens to a character in World of Warcraft Classic after hitting that level 40 milestone. 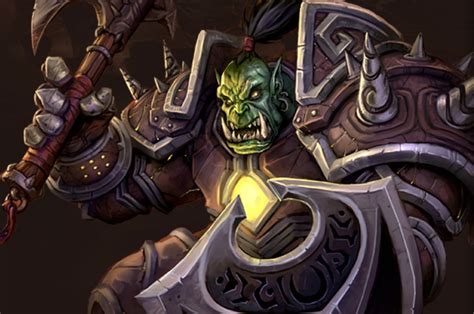 The most obvious being that players finally have a mount, which is great, but then they also have to deal with having no money and fewer choices for grinding. There's plenty to slay here for XP, even if the wide variety of quests available are done, but be prepared to commit to about 3 hours of game time for a full clear.

There are lots of herbs, leather, and minerals to be found in the lush hills of Fer alas, along with a long list of quests. Some of these are lengthy chains that eventually lead to Dire Maul, the centerpiece of this ancient zone, where a few prepaid Bis items drop.

It's worth a visit just for the history, and not just the ancient Dwarf lore and Azerothian creation stories. If anyone has played retail WoW and experienced dungeons like Ulnar in North rend, Andaman will look strangely familiar.

Lots of great items drop here, and there are chain quests galore, including a few that start with things to pick up or find. Herbalists, miners, leather workers, and fishers can spend a few levels in Asmara honing their professions.

Players are clearing a path to BlackRock mountain when they work through Searing Gorge. Five of the most notorious dungeons in the game are located between this zone and the Burning Steppes next door, and three of them are raids. 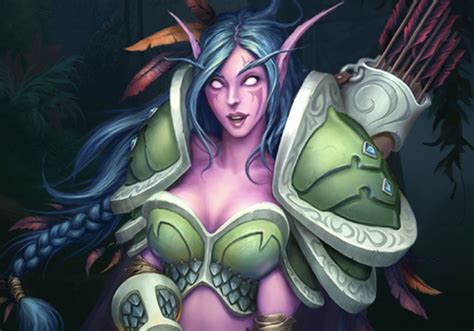 There are lots of quests to do here, which is an obvious draw, but this dungeon is also connected to others through the lore and items. It's essential to visit to grind rep with the Timber maw Tribe and the Scenario Circle by killing various monsters and collecting certain items.

Warlocks visit Fer alas to finish a portion of their high- level class quests. Players can also participate in the Strangle thorn Fishing Contest and grind rep with the local pirates while they work through the zone.

Love it or hate it, the Sunken Temple is one of the best places to level a character when it reaches 50. There are several class quests that finish here in the late 40s along with high- level enemies that yield leather and cloth.

She dabbles in various genres and creates everything from short blog posts to serialized novels. With Classic almost here, you may be planning your trip around Zeroth with zone levels in mind.

You may find yourself sticking around the initial starting area below level 5 longer than you probably currently do. From the starter zones, you’ll progress out into the wide world. 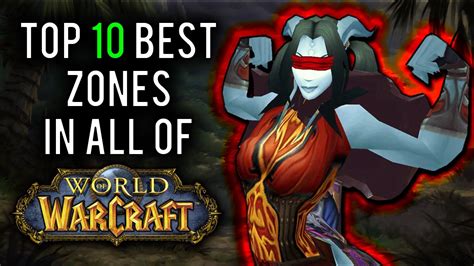 I remember dinging level 20 while fighting the ogres over by the dam. Many of the bigger zones, such as The Barrens, will be available to you for a long stretch of levels.

If you spent your leveling time from 10 onwards in The Barrens, you’re probably close to level 30 by the time you get to Razor fen Raul and Razor fen Downs so the next logical place is Needles. Prior to level 30, you have seen the other faction, particularly if you go to Hills brad Foothills and Stone talon Mountains.

One of my current alts was leveled to 60 solely in Eastern Kingdoms. I remember finishing Hinterlands, taking the road to Western Plague lands and being summarily stomped by skeletons.

I spent a bit of time in Splits but didn’t level much there. World of Warcraft Classic is a faithful recreation of the original WoW experience, as it was in 2006. 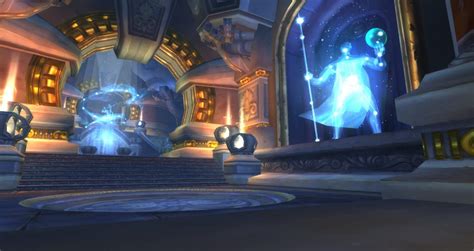 Players won’t be able to attack each other in contested areas unless they flag themselves for PVP with the command /PVP. After you’ve selected your realm, you’ll be able to create a character and begin your journey in earnest.

You’ll have to train these abilities as you acquire them (or earn higher ranks of existing ones) by visiting class trainers located in the capital cities. At level 10, you’ll gain access to class talents, which enable you to further customize your character. 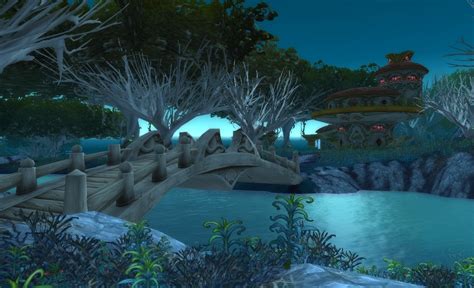 Every class has three distinct talent trees, and you can spread your points among them as you wish, depending on your goals and play style. You can visit your class trainer to reset your talent points at any time.

In World of Warcraft Classic, weapon skills are key if you want to perform well in combat. The more you use a specific weapon, the higher your skill in it will be, which has a substantial effect on your ability to hit your target.

Priests will need to purchase candles to cast Prayer of Fortitude, rogues will have to craft the poisons they apply to their weapons, and hunters will need to keep a supply of food specific to their pets to maintain their loyalty or risk losing them. And if your character uses a ranged weapon such as a bow, you’ll need to keep a stock of arrows.

Tip: Buffs don’t come cheap, so if you want to get a pocket healer to join you on your next adventure, you may just want to buy them a few supplies. Blacksmithing, Engineering, and Leather working professions also have additional specializations that can be learned from trainers around the world.

Tip: You can also befriend a mage or two to get a quick portal to key locations. If you do get a mage to use their talents on your behalf, it’s a nice gesture to give them a tip. 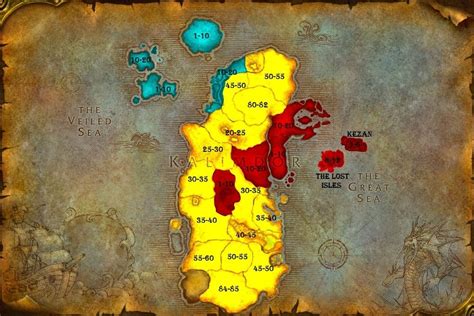 Your party leader will be able to set loot distribution to specific rule sets, including: Group Loot: Party members can roll on powerful items.