Someone ( On) is a term referring to a player's state when they reach their maximum potential. One fundamental requirement to enter the zone is also to have an extreme amount of love and passion towards the game.

Furthermore, the player must be highly talented, rejecting potential candidates such as Timur. According to Midoriyama, only prodigies can use the zone and even top players that are focused without the Zone can only utilize up to 80% of their potential during a game.

This requirement goes along with also having to meet the user's independent conditions, in most terms, desperation of winning or the thrive for competition. During Saran's quarterfinals against Yosef, Amine further reveals that a second requirement is needed to enter the Zone that is talent.

Amine explains that while Timur is a very good player, he is only as the best an ordinary man can be and thus, is incapable of entering the Zone. This was proved when Kauai was desperately forcing himself to enter the Zone for a second time, but to no avail.

Kauai was later able to enter the Zone after completely letting go of the desire for it and play his hardest instead. Nearing the Winter Cup finals, Amine revealed more information about the conditions of entering the Zone to Kauai during their 1 on 1 before the game against Diego High.

However, Kauai has been shown to surpass his time limit when he has proper motivation like fighting for his teammates. When the door is opened, the teammates of the Zone user can perfectly sync their actions with the latter through simple eye contact, thus allowing them to perform team play at the speed of the Zone, which surpasses even Akash's predictions. 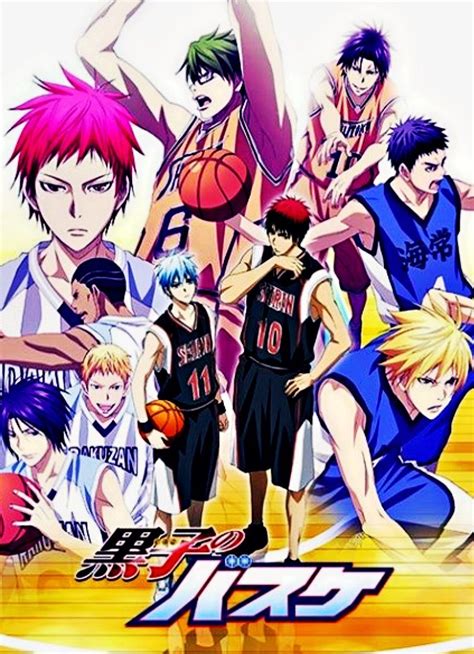 When Amine finds a worthy opponent, he will reach his full potential. Only the very best of the elite players are granted permission to enter the Zone, yet Amine casually forces his way in.

In Amine's case, his speed doubles at the least to the point where he can effortlessly break past a double-team, and his power increases drastically. His ability to score from anywhere escalates tremendously and Amine's skills becomes even more overwhelming.

Because of Amine's past victories, he hadn't been this much pressured more than in the match against Saran High, more specifically, Kauai. When Kauai is in the Zone, his reflexes, speed and especially jumping power and strength are greatly augmented.

Kauai accessed the Zone for the first time when he was under the pressure of losing to Too again and wanted to protect everyone against the ace of Generation of Miracles, Amine. In the match against Yosef during the quarter-final round of the Winter Cup, Kauai activates the Zone for the second time.

Whilst in the Zone in this match, Kauai can jump even higher and is also capable of overpowering Murasakibara who specializes in strength (even blocking a full-powered Thor's Hammer) and render Himuro's Mirage Shot useless. Before the finals of the Winter Cup, Amine also revealed to Kauai that his condition to activate the Zone is when the latter is in a state of desperation to fight for his teammates, this being Saran. 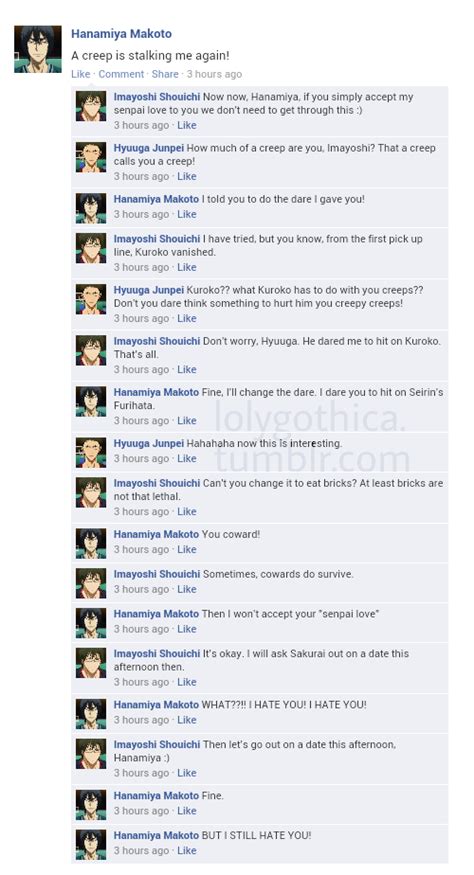 Kauai, upon acknowledging Amine's advice, is then capable of activating the Zone right at the start of the match. It is also noted that Kauai can execute his signature move, the Meteor Jam only while in the Zone.

Making it clear he does have passion for basketball, Murasakibara enters the Zone extreme conditions. Akash had knowledge of the Zone before witnessing the match of Saran vs Too during the Winter Cup, but after seeing Amine enter it, Akash was surprised at his potential and he searched for his own trigger to entering the Zone and finally found it.

After he defeated Hibachi, Hakama and Nebula on a three-on-one battle, Akash states that his trigger is when he stops relying on his teammates to win and instead decides to grasp victory by himself. When Akash entered the Zone during the fourth quarter of the finals game against Saran, his speed and reaction time increased drastically.

While in the Zone, Akash's speed and agility is immense being able to outrun even Kauai while he is in the Zone on a fast break, and dribble passed several defenders taking the ball coast to coast. However, Saran managed to stop Akash with the combination play of Kursk and Kauai, where Kursk uses his Quasi-Emperor Eye to predict Kauai's movements and move in the opposite direction to intercept Akash.

This Emperor Eye tactic was used to stop Akash twice which resulted in him being shocked and unfocused leading to him losing his Zone. When Akash's real self surfaced, he started using his Emperor Eye to perfect the passes to his teammates.

That way, those in his team no longer needed to worry about receiving the passes, since Akash calculated the trajectory, speed and strength of said passes to the point those who received them could think of their next move and start moving before even touching the ball, and thus, Akash's teammates could improve their performance, though not to the usual 100% granted by the Zone, but to 90% of their ability, as stated by Rico. Midoriyama stated that Rise, with the conjunction of his Perfect Copy, is the overwhelmingly the strongest player on the court, even surpassing Silver in terms of speed and strength.

However, he also mentioned that this combo won't last very long due to the fact that both the Zone and Perfect Copy drain a lot of stamina from the user. Players are in the Zone when their specific colored lights appear in their eyes.

His Ignite Pass Kai would be even stronger to the point where Kauai can 't catch it. I also believe he might even be so fast to the point where it's ridiculous to catch up, sneaking up around the opponents, stealing the ball, and passing it to his teammates.

He would be a great opponent for all the Go which would be games I'd love to see especially with everyone else in Zone. I was expecting either him or Midoriyama to enthrone in Kursk no Base: Extra Game, but just knowing that Formal Swords ended with a last minute victory was enough to make it a happy ending.

“The first time I entered the Zone, ” Kursk began, when Rise’s ramblings grew intolerable, “was when I was riding Kagami-kun's dick.” OR: How Rise finds out that Kauai and Kursk are partners in more than one sense of the word.

Amine was slumped against the table, clearly more interested in watching his second serving of meat cook than listen to Rise. Murasakibara, who had just barely avoided getting hit in the face with a pair of tongs, narrowed his eyes at the blond seated next to him.

“If you’re trying to make an enemy out of everyone on this table, Rise, you’re doing a very good job.” Midoriyama hissed, wondering why he even willingly agreed to go out with these idiots again. Rise’s head turned so fast that Kursk was sure he’d incurred some form of whiplash.

Rise’s voice died out in an instant, much like a radio that had its plug unceremoniously pulled. The only sounds that remained in the background were that of glasses cracking, a palm impacting with a forehead, a long-suffering sigh, and chopsticks clinking against a bowl of rice.

Choking sounds began to emanate from Rise’s open mouth and Amine took that as his cue to grab Kursk by the forearm and drag him out of the booth. Rise managed to regain enough cognitive function to let loose a pitiful whining sound, and Amine and Kursk made it to the exit and lace up their shoes just as Rise finally pulled himself together.

“I’m surprised Akash even knew, don’t tell me you told him before me?” Amine whined to his former shadow on their way home. The last time they went out for street ball was the day after Kauai and Kursk did the do, and it finally dawned on Amine why Akash kept making Kursk and Murasakibara sit out after every five possessions (he had to sit out one other person to keep the numbers even, and Murasakibara was made the most obvious choice since he wouldn’t shut up about being too lazy to play any longer).

Amine hummed, satisfied that his position as Kuroko’s best friend remains unchallenged. A moment of companionable silence passed between them, filled only by the idle chatter of people around them.

“Dammit Gets when’d you learn to be so crass?” Amine hissed, quickly covering Kuroko’s mouth with a hand and glancing around to see if anyone had heard. He’s starting to think that Kauai, or, god forbid, Saran, was being an even worse influence on Kursk than he previously thought.

I couldn’t even remember half the things I was saying, and Kagami-kun refuses to tell me,” Kuroko's eyes unfocused slightly. He waited for a few seconds but when Kursk didn’t elaborate further he sighed, admittedly disappointed.

“Does a regular sexual experience involve sparks shooting out of one’s eyes?” Amine paused, feeling the phantom heat behind his eyeballs at the mention of it.

Despite his small frame and that seemingly-innocent face, It was almost too easy to imagine him crouched over his partner, naked, sweat-slicked, eyes blown wide with pleasure and light blue sparks trailing from his pupils as he bounced up and down, moaning with shameless abandon as if he didn’t give a shit about who heard. Regardless of how many million people were sitting in the stands, when you’re in the Zone it’s just you, the ball, the goal, and the nine other players on that court; nothing and nobody else.

Your senses go into overdrive, every dribble like a heartbeat, every breath echoing louder than the crowd’s cheers. Sometimes though, when the battle gets really intense, even those eight others fade out and all that’s left is that one other player, his equal, his rival, fighting against him in a plane of existence only the two of them were allowed to cross; an arena of their own; a showdown fit for the Generation of Miracles.

Amine wonders how it would feel like to be holding someone so deep in the throes of pleasure that they spiral into the Zone, that they look at you like you’re the only thing they see. Kursk remained silent, already used to Amine’s sudden and oddly-timed bursts of affection.