In general, the best way to restrict access to a shelter is to build a Door. Mobs do not use ladders or vines in their path-finding, but if they are pushed by something into a climbable, they will climb it.

To make a ladder, place 7 sticks in the 3×3 crafting grid. When making a ladder, it is important that the sticks are placed in the exact pattern as the image below.

In the first row, there should be 2 sticks on either side (the middle box should be left empty). People can follow the example of the “classic” zombie as done by George Romero in Night of the Living Dead, or they can make up their own.

Trying to find a way to get out of the house in the morning without having to chop down a bunch of spike traps. Make a long ladder and break the middle pieces when your getting away.

Or do what I did make a place where there's hard blocks all over and Minecraft it buy placing a block for stairs leading to an open window with a space between the block and the window that you have to platform too. I did that to get into the police station because I didn't want to break any ground doors.

Once I left the police station it was just as Zombie Dogs I didn't realize we're in the game spawned at night, so I left got chased by 3 dogs I hopped across my little platform just in time and made it. Nothing came after me until I accidentally picked up meat pie and made noise that attracted the dogs close to the door they broke down, but I managed to escape. But I figured that if those weak doors went there going in and out of a platforming section window would be idea to keep zombies from coming after you.

Putting a fake door outside a heavily fortified wall will attract them to that spot. Slim86 posted... Just break the bottom part of the ladder.

In general, the best way to restrict access to a shelter is to build a Door. I have personal confirmation that if a mob is chasing you (in my case it was a skeleton) and you go up a ladder, it will follow you up it if it can.

Minecraft's mobs are not technically smart enough to climb ladders. But, as was likely in John the Green's case, if you run away up a wall and then back away from the ladder, the mob will push against the wall to get you and inadvertently use the ladder.

A simple sidestep would have pulled the mob off of the ladder before he reached the top. The reputation requirement helps protect this question from spam and non-answer activity.

The mod focuses on allowing the player to interact with and tame new creatures. Each mob in Mo' Creatures is either passive, neutral or hostile, and some have advanced AI, which of course depends on the player's presence.

Like Minecraft mobs, Mo' Creatures come to exist by spawning in many ways. Some mobs also have the ability to breed, which will spawn baby versions of themselves.

Mobs will not naturally spawn on transparent blocks, in water (except for sharks, dolphins, piranhas, small fish, medium fish, fishies, stingrays, jellyfish and manta rays), in lava, or on half blocks (slabs, stairs). Mobs are affected by the environment in the same ways as the player and Minecraft mobs: they are subject to physics, and they can be hurt by the same things that harm the player (catching on fire, falling, drowning, attacked by weapons, etc.).

When mobs are killed, they turn to dust and drop items which may be useful resources, including fur or hide, which is used to craft armor. Each type of mob in Mo' Creatures has a certain AI (Artificial Intelligence) system with different behaviors and mechanics.

Mobs will wander around at random if there is a player nearby and usually avoid walking off blocks high enough to cause falling damage. Many mobs have an advanced pathfinding system that allows them to traverse complex mazes to get to a desired object or destination.

Neutral mobs, such as snakes, will remain neutral until a player or mob provokes it (usually by attacking), at which point it will turn hostile toward and attack the entity that hit or get too close to it. When mobs are killed, they drop various items which may be useful to the player for use in many crafting recipes.

Some mobs can also only be found in certain biomes, such as mammoths, frost scorpions and polar bears, which cancan only be found in “snow” biomes. Mobs will ordinarily wander around at random if there is a player nearby and will usually avoid walking off blocks high enough to cause fall damage.

Other mobs have more advanced AI, and as a result, have more complex behavior. This includes scorpions stinging the player if the/she gets too close, ogres destroying blocks within close range of the player, or golems using blocks as a projectile.

Big golems can form their body from blocks in the surrounding environment, making them a formidable and challenging enemy. Mini golems will simply throw a block at you, however, and are not considered very dangerous.

Most mobs can be tamed in various ways, such as catching aquatic mobs (like fish or crabs) with a fish net or by hatching mob eggs such as wyvern, ostrich, many types of fish, Komodo dragon or shark eggs. Once a bird is placed on your head, you will not take fall damage. 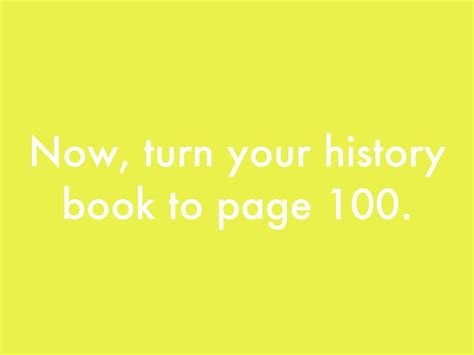 Pressing the shift key and right-clicking them once they are on your head will make them jump off of you. Having a bunny on your head while riding a horse will considerably speed it up.

They are hunted by foxes, bears, snakes, boars, kitties, and even big cats. Pandas Passive mobs attracted to sugar cane, and can also be tamed with it.

Roaches Shy insects that scurry about like mice and fly around. There are clownfish, anchovies, anglers, Mandarin, angelfish, hippo tang, and goldfish.

Turtles Small mobs that spawn in swampland biomes. Wild turtles can be flipped over by right-clicking; they are only vulnerable to attack this way.

Name Description Bees Insects which fly around aimlessly. Black bears Tamable and rideable mobs that will not attack during the day, unless they are hungry or provoked. 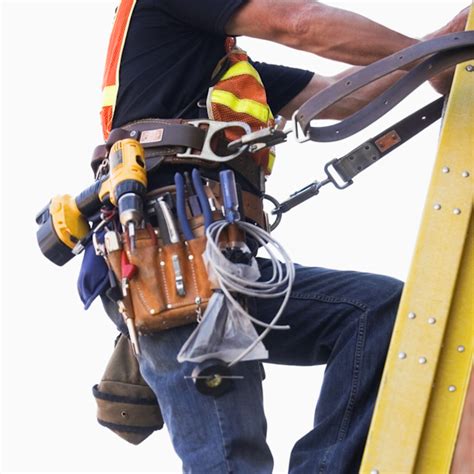 Mammoths are larger variants of elephants that only spawn in cold biomes. An elephant or mammoth calf can be tamed by giving it 10 sugar lumps or 5 cakes (most players give them 10 sugar lumps as cake takes quite a lot to craft).

Tamed elephants/mammoths are healed with baked potatoes, bread or haystacks. A harness can be put on tamed adult elephants or mammoths to make them rideable and attach extra things.

Ends will launch you high into the air if attacked, and are invulnerable to any form of damage except for axes. Foxes Small creatures that will attack smaller mobs such as mice and insects.

Goat Mobs that wander around aimlessly, eating any dropped items. Since the Nether has a low light level, they will almost always attack the player on sight, despite being neutral.

They destroy blocks by smashing them with their big clubs or hammers. Ostriches Tall mobs that are commonly found in deserts and plains.

Can also be given a saddle, chest, wool of 16 colors (for a flag), and a helmet. Raccoons Small mobs that drop fur when killed.

Snakes mind their own business, if you get too close they will alert and hiss at you, giving you time to run away. A player carrying a bird or mouse will attract nearby snakes; they hunt down small creatures.

When snakes are killed, they drop eggs which can be hatched and will not attack you once tamed. Name Description Big cats Tamable and rideable mobs.

They are aggressive and will sprint at mobs and the player on sight to attack. Drops big cat claws which can be made into a whip.

Once it is fully grown, the big cat can be ridden and given a chest. Tamed big cats have a chance of becoming a ghost when killed.

Hybrids can be produced by breeding certain types of big cats together, (for example, breeding a male lion with a tiger will produce a liner). Big golems Dangerous mobs that spawn at night on the surface of the Over world.

Has the ability to form itself with blocks in its environment, leaving the surface area littered with holes. Horse mobs Aggressive horses that spawn at night and in dark places.

An egg can be hatched if placed near a torch and the resulting baby Komodo dragon will be tamed. A saddle can be put on a Tamed adult Komodo dragon, so it can be ridden.

Manticores Very aggressive mobs with the body and head of a lion, the wings of a bat and the tail of a scorpion. Drops chitin and scorpion stings (either dirt, black, frost or Nether chitin/stings).

Also has a 25% chance of dropping an egg, which can be placed to hatch a friendly tame manticore. Piranhas These tiny fish will attack the player on sight.

They drop raw fish and piranha eggs when killed. Polar bears Only spawn in cold biomes and will attack the player on sight.

If a scorpion with babies on its back is killed, they will drop off and a player can pick one of them to tame it. Once fully grown, a tamed scorpion can wear a saddle.

They spawn at night or in dark places, and make the same sounds as normal skeletons. Similar to Minecraft skeletons, but instead of using a bow, silver skeletons wield two silver swords which they have a chance to drop upon death, as well as bones.

Werewolves Hostile mobs that spawn in dark places as a human initially. At night, these humans will take on a more aggressive and dangerous form.

They can be easily harmed with a silver sword, but are practically invulnerable to any other weapon. Using any weapon besides a silver sword against a werewolf will only deal 1 (); the same amount of damage as the player's fists.

In human form, they drop either sticks or wooden tools, in wolf form, they drop stone and iron tools/weapons and/or golden apples. Wraiths Ghost-like hostile mobs that fly and will attack the player on sight.

Once tamed, a wyvern can be ridden and flown around, and also be saddled and chested. Only tier 1 wyverns (jungle, swamp, savanna, sand, mother, arctic, cave, mountain and sea) can be found in the Wyvern Lair.