The PUB states in the class entries that wizards and sorcerers do not start the game with armor proficiencies. On page 144 it says this “if you wear armor that you lack proficiency in. But p 20 for mountain dwarf states that they have proficiency in light and medium armor.

Can I run a mountain dwarf wizard with breastplate (medium armor) and not suffer any penalty to spell casting? And when this first became apparent, there were about a thousand posts on En world and RPG net screaming that the whole game was broken because of it.

All I can say is that none of my players were interested in playing a dwarf wizard, so I can 't give you input one way or the other. I thought the whole Can 't cast spells in armor” thing was stupid anyway. Having a potential to be able to wear armor and cast spells makes things interesting. There's always a trade off anyway, whatever gains you can get. Armor isn't the be all and end all.

I also noticed that high elf regardless of class does not have any armor restrictions to cast that can trip. Mage armor gives you 13 AC + unlimited Ex bonus for 8 hours w/o concentration. And when this first became apparent, there were about a thousand posts on En world and RPG net screaming that the whole game was broken because of it.

All I can say is that none of my players were interested in playing a dwarf wizard, so I can 't give you input one way or the other. You know I am quite happy that normal equipment now plays a higher note than magical items.

I love the fact I can complete an adventure with normal weapons and armor even at high level. At 3rd, 4th, and Pathfinder it would be laughable to bring in a mastery crafted sword into a battle pass level 5. 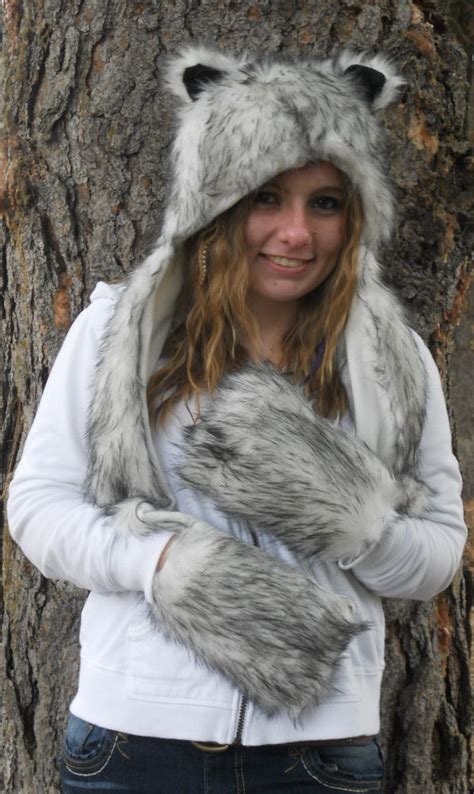 Im the opposite I think the toning down of magic items is one of the worst aspects of 5e (not the worst though that honer goes to clerics now being chosen by there gods instead of just any person who trains for it that's the favored souls job (which to be fair I never liked so I'm biased) If your having tier problems I feel bad for you son I got 99 problems but caster supremacy ain't 1. Apology's if there is no punctuation in the above post it's probably my autism making me forget.

And with one feat taken you could have a dwarves wizard in full plate. He cannier medium armor and cast spells, and wields a war hammer.

Most of the group is level 4 now, and I don't see any problems from this arising in the future. Gamers, as a whole, are much like primitive cavemen when confronted with a new game.

', the reaction is to decide if it's a sex hole, then hit it with a rock. At some point it seems like D&D is going to disappear up its own ass. In the randomness of the dice lies the seed for the great oak of creativity and fun. The great virtue of the dice is that they come without boxed text. 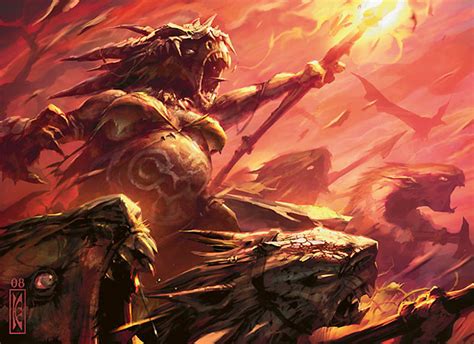 My current warlock with shield is sticking to medium armor and I do not have any plans to upgrade further as it does not fit how I envisioned the character going. And with one feat taken you could have a dwarves wizard in full plate.

Yeah, there are all sorts of possible combinations anything from multi classing into one of the martial classes for a level or two to just going with an Eldritch Knight or Bard with a feat to the obvious (Mountain Dwarf) or even get even chain somehow. Either way it's appropriate for a Mountain Dwarf to be able to cast spells in heavy armor. It might be interesting to mix a paladin with a warlock or sorcerer if you don't mind that it won't be all that optimal.

Don't mess with cats we kill wizards in one blow. I thought the whole Can 't cast spells in armor” thing was stupid anyway.

Artwork by Silica elikovi It’s a dangerous life, living as a Dungeons and Dragons (D&D) Player Character (PC). A great and creative D&D player of mine once described being a PC as “The villagers run and scream in terror, from certain death (the Ancient Red Dragon the size of the town temple which belches fire). 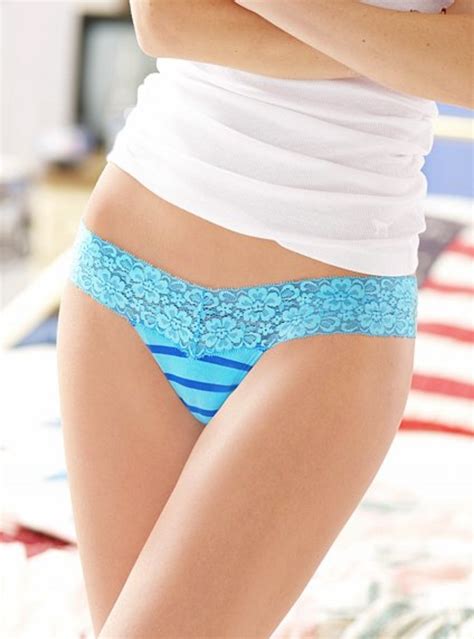 You, and your companions are the ones that run TOWARD that certain death.” So it makes sense to equip your PC with the best protection gold pieces can buy. If you wear armor that you lack proficiency with, you have disadvantage on any ability check, saving throw, or attack roll that involves Strength or Dexterity, and you can ’t cast spells.

They would be able to play an instrument but at disadvantage (guitar with steel gauntlets, is that metal music?). Singing (Performance) is harder because of the chin strap on the helmet and the breastplate restricts air intake needed to belt out a tune.

Sneaking into an enemy stronghold of barbarians who are fearful or distrustful of magic users. With the evil doer out cold, a typical adventuring group would tie up, and gag the captive to prevent unwanted spell casting.

A chain shirt would do fine to ensure the wizard doesn’t cast any charm/escape/offensive spells. Armoring up the evil wizard also increases the captive’s survivability on the battlefield and makes information gathering less risky once secured.

Chris Kelly is the lead writer for Wizard’s Laboratory, and the Dungeon Master for The Heroes of Never winter in the Forgotten Realms Campaign Setting. The bones of his first D&D character can be found at the bottom of a spiked pit trap in Keep on the Borderlands. 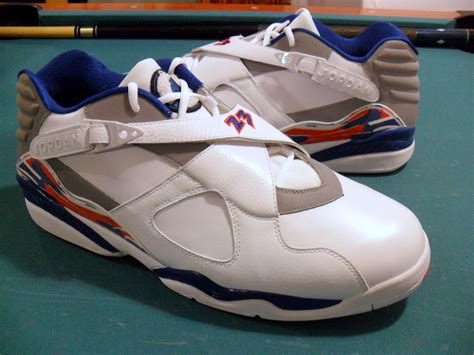 A Wizard grasps his newly created Staff after Months of research and enchanting. They bend the very cosmos to their will and, often, extend their lives by magical means.

These Bracers got their name from a powerful Illusionist who could create multiple minor illusions at once. These bracers allow you to, essentially, have infinite “Quicken spell” on your can trips.

This Cloak creates an illusion that makes it appear as if you’re standing near your actual location, but not completely right. This Cloak looks totally metal and will earn you several cool points within the party.

Giving baddies disadvantage to hit you on top of mage armor, shield, and mirror image. Being harder to hit keeps your frail body out of harm’s way.

This Gem vibrates with power, save your spells for a rainy day! The level of spell that can be stored is determined by the color of the gem.

What makes the Tome of the Stilled Tongue so good on a Wizard? You can keep your spells secret from your enemies by only putting the tongue on the book when you’re ready to use it.

Even if you’re all captured, what orc shaman is going to think to nail the tongue to your book? I'll let you be the final call on that one but don't go in expecting this to make your wizard punches any stronger.

This magical item can open up 5 more spell slots for free! According to the official ruling of the ring, the creature casting the spell from the ring acts as its caster, but it uses the spell attack, save DC, and spell casting ability of the original caster.

This means you can have another creature hold concentration on a spell for you (like a party member or even your familiar!) Retributive Strike: You may use your action to break the staff causing magical energy to explode in a 30ft radius out from your space.

You have a 50 percent chance to be teleported to a random plane of existence and escape the explosion. If you don’t find a way to avoid the explosion, you take 16 × the number of charges in the staff’s worth of force damage.

Every other creature in the area makes a DC 17 Dexterity saving throw. If they fail, they take an amount of damage based on how far away they are from the center of the explosion.

I would never risk that sort of damage, strategically, and ruin a perfectly good smacking stick, but if you feel like pulling the Gandalf “go on without me” thing, your party will never forget that moment! I also can ’t think of anything that makes you look tougher than breaking a fancy stick over your knee.

If this is coupled with the Bracers of Defense, for example, with an average Dexterity, your AC would be 19 after casting Mage Armor, 24 with shield! The staff, while wielded as a quarterstaff, grants a +2 bonuses to attack and damage rolls made with it.

(but don’t go over 50 the staff WILL explode) You can cast one of these spells without using any charges: arcane lock, detect magic, enlarge/reduce, light, mage hand, or protection from evil and good. Retributive Strike: You may use your action to break the staff causing magical energy to explode in a 30ft radius out from your space.

You have a 50 percent chance to be teleported to a random plane of existence and escape the explosion. If you don’t find a way to avoid the explosion, you take 16 × the number of charges in the staff’s worth of force damage.

Every other creature in the area makes a DC 17 Dexterity saving throw. If they fail, they take an amount of damage based on how far away they are from the center of the explosion.

+2 bonus to attack and damage rolls in case you decide to turn in your spell book and be a stick-wielding madman is pretty cool, but will probably never come up. Most of the spells the Staff of the Magi is capable of using are utility based.

The Retributive Strike is cool for all the same reasons it was cool with the Staff of Power, except now if you break it over your knee, Mages around the world will shed endless tears when they hear what you did to the precious pew stick. The #1 Pajama Party Robe that can also make you the champion of the pillow fight battle royale.

Speaking of though, if you are wearing the bracers of defense with an average dexterity you AC becomes 19, 21 WITH A STAFF OF POWER! A Wizard’s worst nightmare is casting an awesome spell that just gets resisted.

Land your spells, then wave those silky sleeves back and forth! The downside of this legendary onesie is that its color exclusively corresponds to alignment.