If you believe your item has been removed by mistake, please contact Steam Support. Please see the instructions page for reasons why this item might not work within Worms W.M.D. 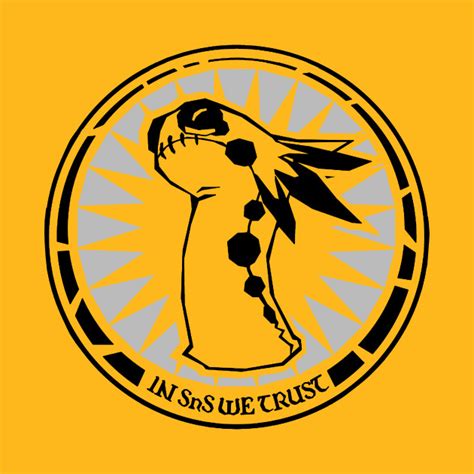 This item will only be visible to you, admins, and anyone marked as a creator. Some games will require you to relaunch them before the item will be downloaded.

The Artifact : Even after A Crap Guide to Monster Hunter ended and the series started branching out into other games, Jockey remained the same, decked out in ridiculous Hunter gear and worshiping his Sword and Shield. Ascended Extra : JoCat's cute goblins first appeared back in the Crap Guide to Barbarian, before getting a verse in Races, later a dedicated episode, and eventually a series of animated shorts titled Gobboventures and their own real-life plush doll.

Boring Yet Practical : Openly mocks the common “Human Fighter” phenomenon of D&D in A Crap Guide, calling it the most bland possible option. The “character” he dreams up for it is literally named “John Fighter man” whose description is The Generic Guy.

However, Jockey does this while also pointing out just how annoyingly good the class is, both in terms of combat and being insanely newbie-friendly. Brick Joke : Instead of the typical opening gag or overview, Crap Guide to Fighter begins with a verse of Musical Exposition to the tune of the Spider-Man theme.

In “A Crap Guide to D&D: Bard,” Jockey claims that if you don't follow every stereotype of the class, Matthew Mercer will jump through your window and throw foam noodles at you. Bunny-Ears Lawyer : Jockey accurately knows D&D and Monster Hunter, as well as giving some good advice about how to play a class effectively. 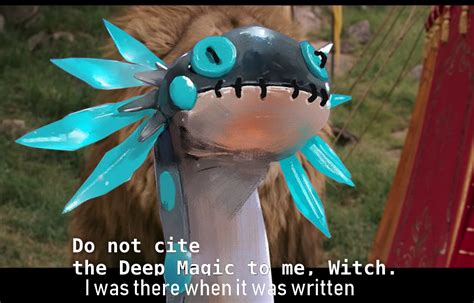 Call-Back : In “A Crap Guide to D&D: Bard,” Jockey claims that if you don't follow every stereotype of the class, Matthew Mercer will jump through your window and throw foam noodles at you. The Cameo : “A Crap Guide To D&D: Dungeon Master” features several other YouTubers as players at Jockey's table.

Invoked Cast Full of Gay : Two tweets by Local establish that a large amount of the characters in A Crap Guide to D&D are LGBT: Felicia (Bard) is pansexual, Sasha (Paladin) is a lesbian, Hurrah and John (Wizard and Fighter) are gay, Chad (Sorcerer) is transgender, Rogues (Ranger) is bisexual, Rico (Druid) is non-binary, and Bus mic and Father (Warlock and Monk) are asexual. Caustic Critic : Jockey insults classes, races, play styles, and basically everything associated with Dungeons & Dragons at some point.

Continuity Nod : During's JoCat's Let's Play of Hollow Knight, when asked about making more Crap Guides he responded with “No. Crossover : ZEE Cashew makes a cameo in “A Crap Guide To D&D: Wizard”.

Jockey featured heavily in one of INCH Productions's Monster Hunter: World animation shorts, having a complete mental breakdown over the Ice borne expansion indirectly nerfing his beloved Sword and Shield by expanding the ability to use the Singer without sheathing the weapon first to all weapon types. Evolving Credits : The openings of A Crap Guide episodes do this; Monster Hunter slowly piles up every weapon in the game around the campfire, while Dungeons and Dragons has small figurines or some other objects to represent topics that Jockey has already covered. 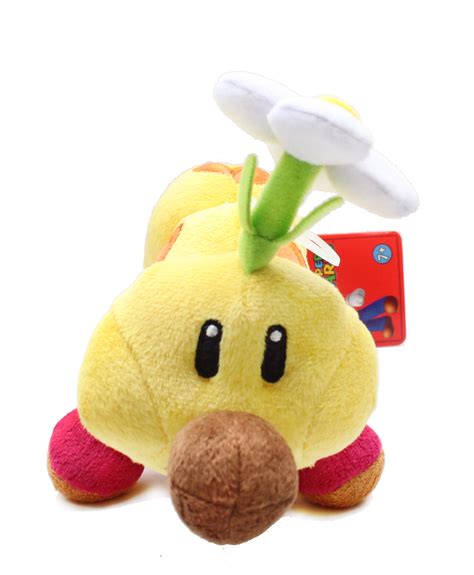 Freeze-Frame Bonus : During the Bard episode of A Crap Guide to D&D, when Matthew Mercer is throwing pool noodles at the unnamed player, pausing on the very last frame of the scene will result in being treated to this disclaimer: Disclaimer: Matt Mercer will not actually throw foam noodles at you for not playing a stereotypical D&D character because he doesn't judge the way you have fun and is genuinely a swell guy. The last frame of the Character Sheet episode is a picture of Jo looking down at his computer, being vastly overshadowed by his wackier online persona.

In “A Crap Guide to D&D: Dungeon Master”, Jockey rolls his d20 before he apologizes for losing his temper. Funny Background Event : Throughout the intros and outros to the D&D Crap Guides, Jockey sits at a table with an increasing amount of figurines of characters based on the classes he covered.

Through this, we end up getting an amusing subplot between Felicia (the tie fling bard) and Sasha (the elf paladin) that otherwise avoids any attention: In “Crap Guide to Paladin”, as Sasha is first introduced, an image of Felicia fawning over her gradually slides in. Red and Blue from Overly Sarcastic Productions make a cameo in the Crap Guide to being a Dungeon Master.

While Blue is talking, Red is playing with action figures of Matrix and Megabyte from Reboot, making them fight each other. Gender Flip : Local has made several drawings of a gender bent version of his avatar named Jo Catherine.

He also later did a larger picture of several gender bent D&D YouTubers playing together, including JessJackdaw (who later came out as trans, making him a subversion), Puffin Forest, the Animated Spell book and Dingo Doodles. The Generic Guy : Exaggerated for the Fighter: He's named John Fighter man, is a human, uses a sword, has almost no personality, etc.

He was given a bit of development when Jo made Pride Month drawings revealing him as gay and showing him in a relationship with Hurrah, the wizard. Grand Finale : “A Crap Guide to D&D: Dungeon Master” is presented as the last episode in the series.

While still funny and silly, it takes a somber tone towards the end, along with Local offering his thanks to everyone who liked the series. Heel Realization : Jockey has one in the DM video when he realizes that he was wrong to scream at his players and invoke Rocks Fall, Everyone Dies.

In his first Balder's Gate III stream, a Mind Player calls him thrall and gives him orders. He also spends the last Monster Hunter video on the sword and shield, where he gives it endless praise.

Invoked The Last of These Is Not Like the Others : Jo plays SCP: Secret Laboratory role playing each attempt as a wide variety of original characters... and also Suction Cup Man for some reason. Limerick : Crap Guide to Cleric begins with two, and Races uses the rhyme scheme for a few verses.

Cleric was re-done because Local made a number of untrue assumptions about the power of the class, basically assuming they were like healers in MMOs and not the divine spell casting nightmares they actually are and have been since 3rd Edition. Jockey loves the sword and shield combination, saying that one should never need to use anything else in either Monster Hunter or Dungeons & Dragons. 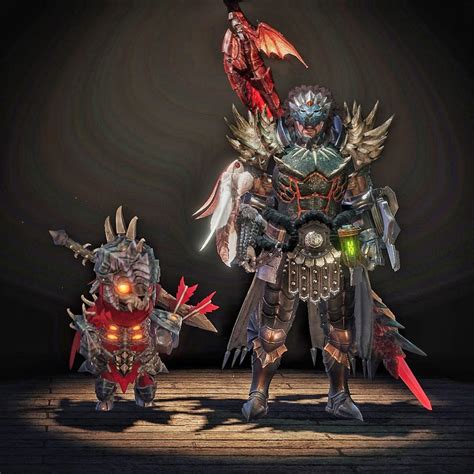 However, he shows clear favoritism for the weapon pairing by editing pictures and making wildly untrue claims about it. Whereas Jockey is a Caustic Critic, Local is rather kind and cordial when he plays or livestreams a game.

Memetic Badass : invoked Jockey will never let you down when it comes to endlessly praising the Sword and Shield as the mightiest, most broken weapon in the game. Mix-and-Match Weapon : The dual-wield chainsaw shotgun laser earrings with detachable missile launchers and drink dispensers.

Briefly lapsed into in the Crap Guide to Wizards, where he quickly summarizes the various Schools of Magic. Official Couple : In celebration of pride month, Local made a bunch of drawings of the Crap Guide characters with their lovers : Chad Magical (Sorcerer) and Rogues Wild horn (Ranger); Felicia Gritty (Bard) and Sasha Stout bough (Paladin) and finally John Fighter man (guess) and Hurrah (Wizard).

Only Sane Man : Matthew Mercer tells Jockey that the best thing to do when he's having problems as a DM is to talk to the players. Painful Rhyme : In the video on character sheets, Jockey says initiative is when your DM says “clicking clarity, you're about to get attacking”.

In the same video, on the subject of spell casting, Jockey says “sit the shit back it, ya git” while he explains how spells work. Pint-Sized Powerhouse : Debbie Spruce nails, the character representing Barbarians in D&D, is a dwarf girl and depicted as the most violent and aggressive of all the classes.

Rage Against the Author : In the Crap Guide to Monk, Local is assaulted from behind by Jockey with a flying kick for taking too long to start the video. Local then enters the scene to tell Jockey that the players are just as much a part of the experience as the DM.

By the episode's end, it finally stops and turns him into a potted plant (which is indeed a real potential outcome in 5e). Ridiculously Average Guy : The Fighter character is “John Fighter man”, a middle-aged, grizzled white human man.

The “Fighter” episode also pokes fun at the fact that the class is a generic fantasy hero. In “A Crap Guide to D&D: Dungeon Master”, Jockey yells at all of his players and invokes Rocks Fall, Everyone Dies.

After he's done ranting, everyone else is silent for a beat, then walks away from the table while talking amongst themselves about how bad Jockey is as a DM. Sexy Dimorphism : Openly despises the trope, as it's often a negative point on Character Creator Critique videos.

He once described Tojo's Bizarre Adventure: Stardust Crusaders as “that weird anime nobody likes”. Terrible Pick-Up Lines : To illustrate the Wizard's generally lacking charisma, Hurrah is shown very awkwardly flirting with John Fighter man, most likely delivering one of these.

In the Crap Guide to Dungeon Master, Jockey says that if you're the DM and somebody farts, you have to describe the smell. Underestimating Badasses : Jockey highlights how Clerics (at least in 5e) are much more versatile (and arguably game-breaking) than their reputation as designated healers implies.

Note The first two layers are legitimate guides, the third was an addressing of some controversy on his Switch Axe video, and the fourth was him reading off the “Gorilla warfare” copy pasta Wholesome Cross dresser : Local (or his collaborators) frequently draws himself in dresses and/or with a bow in his hair. Throughout the Crap Guide to D&D, the Bard and the Paladin are often shown flirting with each other to mixed success, and almost have a moment where they finally tie the knot...if the Warlock didn't hit Eldritch Blast in the middle of their ceremony.