Oil Can Wizard Of Oz

The future world-famous author of the children’s novel The Wonderful Wizard of Oz once sold cans of buggy wheel and axle oil for a living. Reporting on the July 9, 1883, opening, the Syracuse Daily Courier newspaper noted that Baum’s Pastoring was a rust-resistant axle grease concoction for machinery, buggies, and wagons. 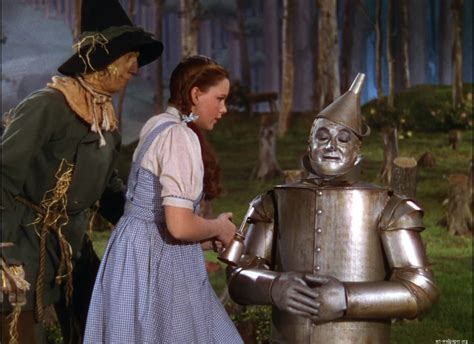 “Benjamin recognized a splendid opportunity and joined the crowds who moved in to exploit the oilfields and develop the area. A hundred new wells were drilled every month, ingenious mechanical contrivances were invented, towns and cities were built,” wrote Katharine M. Rogers in her 2002 book, L. Frank Baum, Creator of Oz : A Biography.

His many Pastoring sales trips may have led to the idea of a Tin Woodman character for his book, illustrated by W.W. Den slow. “So I visited the current location in Rome, New York, and sat down for a peek into the archives with owner Charles Dowry, whose grandfather was one of the investors who bought the company from Frank Baum himself,” Schwartz wrote.

“The smells of fine lubricant wafted in the air as I perused the collection of historic oil cans and heard the legend of Baum’s magic balms,” he noted. Become an AO GHS supporting member and help maintain this energy education website and expand historical research. 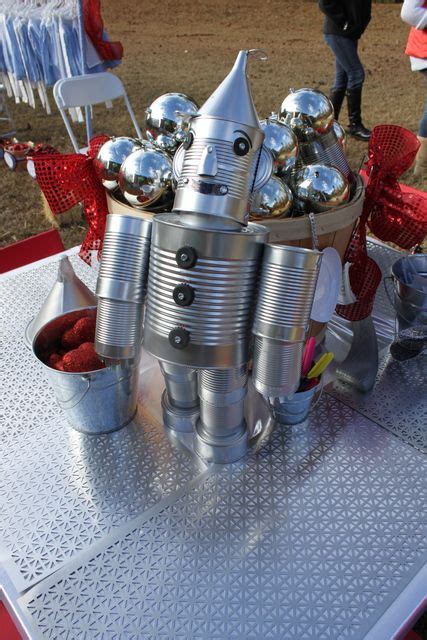 The real wizard is pulling back the curtain, pointed away from the microphone and not talking at all. Boom mic visible Character error After Scarecrow is given an honorary diploma, he says “The sum of the square roots of any 2 sides of an isosceles triangle is equal to the square root of the remaining side”.

Continuity After the Tin Man sings “If I Only Had A Heart” and starts his dance in the road, the scene shows Dorothy and the Scarecrow watching him dance; Dorothy's right arm is crooked like she is carrying the basket, but the basket is not on her arm. After escaping from Miss Gulch's basket, Toto returns to Dorothy's room in her Kansas house by jumping through the rectangular opening where there should be a window pane.

Soon after, the twister blows out the window (that wasn't there when Toto came back) and knocks Dorothy unconscious. When the shot switches to a close up of just the doorman's face, he looks straight ahead as if Dorothy and the others are eye-to-eye in front of the door's opening.

In the very next shot, however, when the Wizard replies, “Why, anybody can have a brain,” the Scarecrow is suddenly standing first on the right, next to the Cowardly Lion. When Linda is leaving Munchkin land, all three members of the Lollipop guild and a female munchkin (among others) run towards her pink bubble and shout their goodbyes to her.

When the Tin Woodman moves to the Yellow Brick Road to dance, he has no vines on him. The shot of Dorothy, Tin Man and Scarecrow is flopped (and soft on focus), and the screen direction they are looking is wrong.

This was done to match the positions of the Tin Man and the Scarecrow in their next full unclipped shot. The footage of the ruby slippers disappearing from the feet of the Witch of the East was originally projected on a process screen with the Witch of the West kneeling in front of the screen reaching for the slippers.

This explains why the slippers are positioned at the far left of the shot, with the Witch of the West kneeling in front of the screen on the right. The film of the disappearing slippers was fuzzy and unconvincing when projected on the process screen, so this scene was not used.

In the current film there is footage remaining of the original shot with the process screen: when the Witch turns around and says “They're gone!”. The scenes with Aunt Em, Uncle Henry and the farmhands show the Cyclone way off in the distance.

When Dorothy tries to enter the storm cellar seconds later the Cyclone is now very close in the background. The straw that makes up the witch's broom is mostly long and very flexible or limp throughout most of the movie.

Also, when Dorothy takes the broom to present to the Wizard, there is no sign of burnt remains, just very short and rigid straw. As she approaches him, the shot changes and the basket is on the left, on a stone architectural feature at table height, having instantly moved several feet. 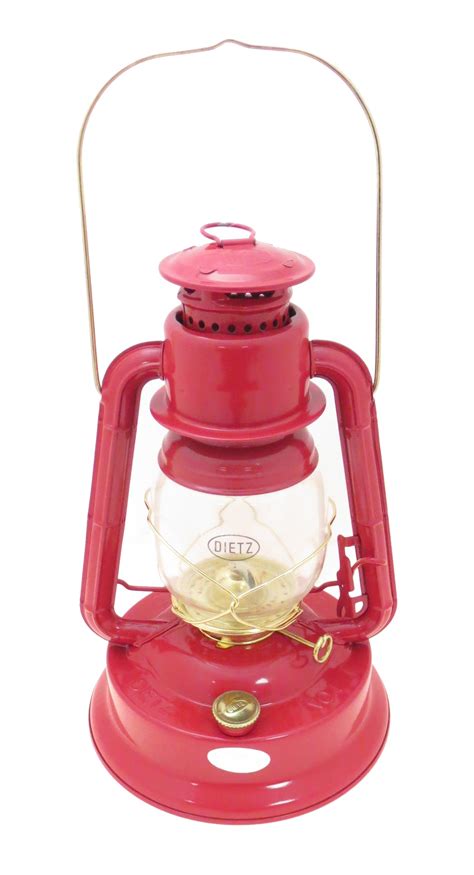 In Munchkin land, when the Wicked Witch is making her way toward the ruby slippers, a faint shadow is cast upon the side of the house. When the Witch of the West goes to check on the Ruby Slippers, she walks right up to the remains and clearly sets the straw end of her broom against the side of the house, partially covering the feet.

In the next two shots showing the slippers and remains disappearing and the Witch's reaction to them, there is no sign of the broom, and it appears that she is several feet away. The Scarecrow is wearing dark burlap gloves, the Pinkies are wearing black gloves and Dorothy is holding the bucket, so the only explanation is that the hand belongs to a crew member throwing water on the Witch.

When the snowfall thwarts the Witch of the West and the quartet skip on up the Yellow Brick Road, all attention is focused on them and the shining city beyond. But just before the shot ends, down at the bottom of the frame, a straight, sharp-edged lighting shadow slowly slides across the yellow pavement and then stops. Good thing the audience is looking up.

Incorrectly regarded as goofs Oz refers to the Binman as “my galvanized friend”. Galvanization is a process in which a metal is covered with zinc to prevent rusting.

However, this would make for very uninteresting dialog, given the fact that the film takes place in a fantasy world. When Dorothy visits Professor Marvel, he takes the picture of her and Aunty Em and puts it under his left thigh while looking into the crystal. 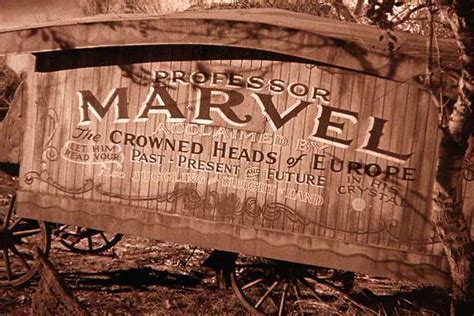 As Dorothy is leaving the wagon to return home, he holds the photo up but doesn't give it back to her. The twister blows 'both' windows out and the one hits her on the head causing her to pass out.

However, this ignores that the movie presents the happenings in OZ as a dream Dorothy had after being knocked unconscious. There is no stagehand on set at the end of the Binman sequence, nor was anyone hanged, nor did they fall out of a tree.

It is likely Miss Gulch was killed in the tornado, as this is what happened to her equivalent in Oz. That would make Dorothy a good witch by physical virtue alone and the question Linda asked her is useless.

However, when they reach the Haunted Forest, and the Lion tries to steal away, the Tin Man and Scarecrow have no difficulty picking him up and bringing him back. When Dorothy speaks to her Aunt and Uncle for the first time, he appears to be removing eggs from his hat and placing them under a chicken in a cage.

The dialog bears this out: “This old incubator's gone bad, and we're likely to lose a lot of our chicks.” Dorothy never tells Scarecrow her name when they meet, at least on screen, however he knows her name when they are scolded when taking apples from the trees. 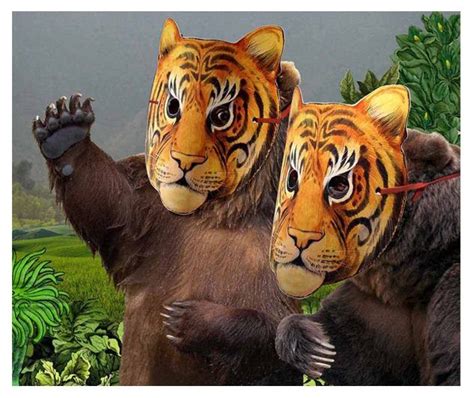 The guard then goes on to say that the sign is as plain as the nose on his face before he looks to his left (the viewer's right) & then back to his right. Plot holes Revealing mistakes During the apple tree sequence, Dorothy's slippers momentarily disappear (she is wearing black patent leather shoes).

After being joined by the Tin Man, as the three start back down the Yellow Brick Road, the negative is flipped. He then replaces the funnel back on his head, but the shot is a mirror image (his hat and buttons are reversed).