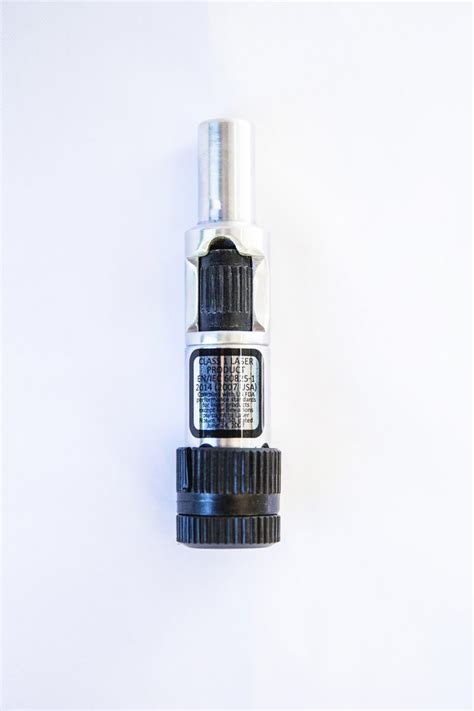 Loosen the knurled nut and snap the ball on the end of the probe into the body. This is the probe you used to locate ascribed lines on a work piece under the drill or mill chuck.

I’m working on a friends mill that's a little worn and well-used so I picked up a wiggler as an edge finder. So it took me a while to track down the problem, and it turned out to be how tight the little collet on the wiggler was tightened.

Neil, I can't help much with your problem because I have never considered using a wiggler as a precision edge or center finder. Although I've switched to a Hammer, I often use a Sterrett 'off center type edge finder, and it's usually accurate to .001 or less. 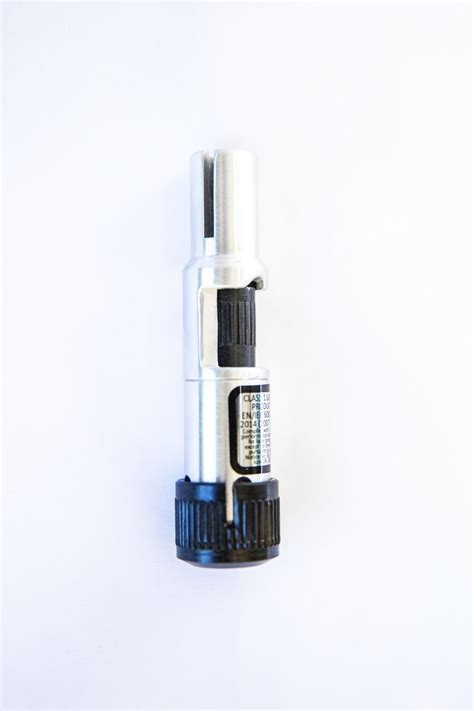 Spring-loaded nylon pivot for the ball gives really consistent action. With care, a DO and a certain amount of low cunning better than ± 0.0005 thou accuracy is practical when looking for the center of a workpiece.

The Biggest limitation with these things is the personal and surface finish factors which define just how far you have to go past the true spinning probe alignment before the thing crawls sideways. When center finding the personal and work surface factors should cancel out.

Before I discovered Huff am I spent ages getting a collet type dialed in pretty good, maybe ± 1.5 thou on a high concentration day, and resolved never to touch the adjustment again. Which actually does benefit from friction, so it stays put once trued up with finger-nail or (cheap) combination set ruler.

This mill has not been well treated, so I thought some kind of spinning edge finder seemed like a good idea to avoid any discrepancies in the spindle/chuck/collet. I set a gauge block up in the vice, swept both sides with a dial indicator in the collet to find the center and zeroed an edge then brought wiggler in and found the distance from the edge it spun out at.

I guess I could just leave it like that, maybe even put a drop of thread lock on and then at least I’d know where I am for a while though I suspect it’ll loosen over time, it's just a cheap one. They're pretty useful on larger machines where seeing the kick of an edge finder from far away is difficult. 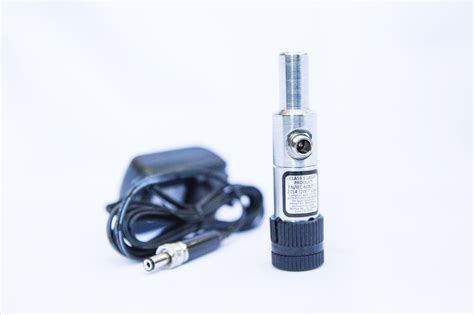 Spring-loaded nylon pivot for the ball gives really consistent action. With care, a DO and a certain amount of low cunning better than ± 0.0005 thou accuracy is practical when looking for the center of a workpiece.

The Biggest limitation with these things is the personal and surface finish factors which define just how far you have to go past the true spinning probe alignment before the thing crawls sideways. When center finding the personal and work surface factors should cancel out.

Before I discovered Huff am I spent ages getting a collet type dialed in pretty good, maybe ± 1.5 thou on a high concentration day, and resolved never to touch the adjustment again. Which actually does benefit from friction, so it stays put once trued up with finger-nail or (cheap) combination set ruler.

Done the way I was shown the contact between nail and (slowly) rotating pin is somewhat above the point, perhaps 1/4 of the way up, so there is little danger of impalement. Advantage is that the point is spinning in free air, so any deviation is obvious.

Scale or other solid pusher methods generally operate so close to the point that it's hard to see what's happening. Then finish off by making as sort of modified fist with the side of your hand and thumb firmly supported by workpiece, vice, table or whatever. 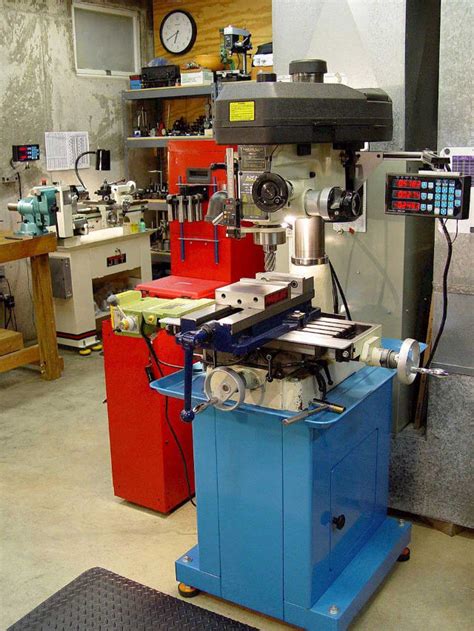 Lever your finger against the end of your thumb bringing the nail into contact with the pin to ease it into final alignment. Done that way, it's very hard to actually move the pin far enough to send it berserk unless you deliberately try as you only have about 1/16” or so of movement available at the nail.

Direct muscular feedback against (slightly) squidgy flesh makes for very sensitive movement. Be sensible to slide a bit of stripped off wire insulation or similar over the sharp end as protection for the first couple of practice runs.

If you want to live dangerously and spread red around there is always the good old sticky pin. The range in testing was 3.04 - 3.22 mm to the edge so 0.18 mm or about 7 tho, I need tighter tolerances.

Repeatability from the point at which it kicks out at any given stiffness is within .01-.04 mm or about 1.5 tho, good enough for me as long as it does reliably stay under the .04 mm mark and I ran it back and forth dozens of times during the testing, and it did stay comfortably within that. I did look at the cylindrical spinning ones, I’ve never used one of those either but given that they work on the same mechanical principle I presumed the accuracy would be the same.

I chose one of these spinning types as this is an old mill, an old cheap mill with worn work holders and such, and I was under the impression that these spinning ones are unaffected by any run-out, within reason, always finding the center of rotation of the spindle. The chap has let me at it to finish a project, he knows to do the job I’ll do some minor repairs and dial the thing in as close as can be expected leaving it in a better state than it was. 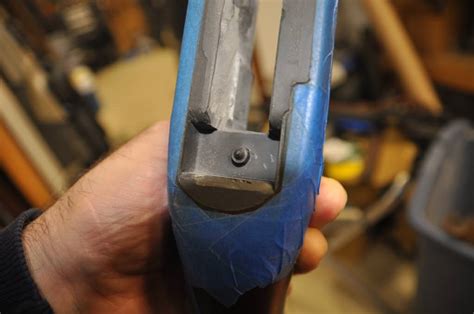 I don't like the wiggler much at the moment, it just seems too fiddly and time-consuming but who knows, maybe being forced to use it for this job I’ll end up loving the thing and spend the cash on a decent one, if there was a reliable stiffness position as in the better Starlets ones egrets mentions that would make a big difference and I have used the little pointer for lower tolerance cuts, surprisingly accurate. Neil If you are spending hard-earned cash the only wiggler worth having is a Huff am.

Got a shop made (not by me) Huff am clone in a really neat CNC'd case lying around taking up space in the E-Bay one day (but life is too short) pile which I'd let go for very few shackles. Thanks, Clive, I should point out that I'm in London, and I'm not sure where you are, but I'll PM you, though I'll have to follow up after work tonight.

I would suggest that the OP post a photo of the wiggler tool that he is using, so we can be sure we are talking about the same thing. Which are another nice feature as they allow the work to be slightly untrue as well as run out in the spindle without affecting the reading.

Testing, testing, 1,2,3 I've been using wigglers and edge finders for 30 or more years with “good enough for today's job” results, but this thread reminded me that I've never actually properly looked at accuracy and repeatability. Despite frequently saying that I'm convinced that the Huff am is the best and most consistent I haven't actually got figures to back it up.

So I set them up in an Alb retch chuck on the Bridgeport and spent an hour this morning taking readings off the ends of a 1-2-3 block from the 5 micron resolution DO set-up with slightly surprising results. Bottom line is I do get best results from the Huff am but the inexpensive collet set isn't as bad as I remember.

Maybe a couple of decades or more practice with the Huff am has helped me get better results from the low end one. I compared the average and scatter over 10 readings for my metric Huff am, a shop made metric Huff am copy, my old mid range collet style wiggler and a mid range edge finder at both 100 rpm and 1,000 rpm.

I usually use the Huff am at 100 rpm because it's easier to see the moment it starts to walk sideways. When using the Huff am at low speed to find the center of a part errors cancel out very well indeed making DO resolution the limiting factor.

The mid range brand wiggler has a 1/4” nominal diameter ball which measures 6.32 mm. The collet pivot was much stiffer than the Huff am style which presumably is the reason for the greater intrinsic error.

Quite hard to use when run slow but at 1,000 rpm the sideways kick is quite violent. Both Huff am style and edge finder are clearly accurate enough to run into issues with DO resolution, surface finish and general cleanliness.

Best to do tell me three times process if you need accurate, but one reading is pretty reliable. The collet type clearly has greater intrinsic error but, with care its still pretty good.

If you take 5 readings you can be pretty sure of results sufficiently reliable to subtract intrinsic error. DO digital numbers are slightly silly, but it looks like the Huff am claims of finding an edge to 1 thou or so is realistic given reasonable care.

Would need to have set up one of my Maidenhair probes to get scientific level results but that's hardly shop realistic. I tend to use a Starred wiggler set for everyday use but break out a DTI or Testates for more critical work.