The goal is simply to complete the Mission objectives and live to see another day. The good news: Zombies are slow, stupid, and predictable.

You can trade equipment, give and receive (or ignore) advice, and even sacrifice yourself to save the girl! Killing Zombies is fun, but you will also need to rescue other Survivors, clean out infested areas, find food and weapons, take a ride through a ghost town, and much more.

After experiencing Homicide, your gaming group will be the ultimate zombie killing team in town! Also keep a single Fire Axe, Crowbar, and Pistol card.

Place the miniatures representing the chosen Survivors on the starting area as indicated by the Mission. On each Survivor's Identity Card, place an experience tracker on the first square in the blue area of the Danger Bar, and place a Skill counter on the first corresponding Skill.

He then takes the weapon listed on his Identity Card from the Equipment deck: another pistol! On the streets, Actors see in straight lines that run parallel to the edges of the board.

If there is an opening, the walls do not block line of sight between two Zones. An Actor's line of sight, however, is limited to the distance of one Zone. 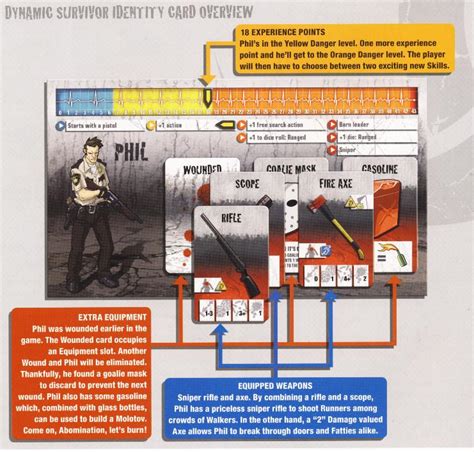 Corners do not count; this means Actors cannot make diagonal movements. However, Actors must go through a door to move from a building to the street and vice versa.

Noise tokens are always removed from the board after the Zombies Phase. He then attacks a Zombie in his Zone, knocking it down after a couple of whacks.

The Fire Axe is a silent killing weapon, so this action produces no noise. There remain two “noises” in this Zone, however: the token produced by opening the door and Ned's miniature itself.

In another Zone, Amy executes three Ranged Combat Actions with her two Dual Sub MGS. Although she rolled six dice, she gets only three Noise tokens in her Zone, one for each Ranged Action.

The tokens remain on the square where she produced them; they don't follow Amy when she moves. Many Equipment cards, such as the Fire Axe, Crowbar, or Chainsaw, allow you to open doors as well as eliminate Zombies “.

Some Mission objectives provide more experience, as does eliminate the Abomination. There are four Danger Levels: Blue, Yellow, Orange, and Red.

These represent everything from a light drizzle of Zombies to a flash flood. When a Survivor reaches 7 experience points, his Danger Level moves to Yellow, and he obtains a fourth Action.

While all weapons must be in a hand slot in order to use them (whether to attack or to open a door), other items, such as the Goalie Mask, Flashlight and Plenty of Ammo cards, are always in effect, even while in the reserve slots. Fatty Big, bloated, and tough, these Zombies are hard to put down.

Each Fatty spawns with two Walkers alongside him, except when its group is splitting (see Zombies Phase, page 12). The Abomination spawns alone (possibly having eaten its Walker fellows).

Runner Amped up for some reason, these guys move twice as fast as Walkers. The Survivor uses his Actions to kill Zombies, move around the map, and perform other tasks to accomplish the various Mission objectives.

All the Zombies on the board activate and spend one Action either attacking a Survivor next to them or, if they have nobody to attack, moving toward the Survivors they see or, if they don't see any, toward the noisiest Zone. The game is won immediately when all the Mission objectives have been accomplished.

A stupid death or willful suicide, on the other hand, can hardly be considered all that victorious. There are some that have house ruled that an Atom will bust down doors to get to the survivors.

My group has been more annoyed on the idea that doors must be busted open to be used. Even though there are no survivors with the ability, Lock it Down allows a door to be closed after broken open. We had one game, where my character had a massive horde outside a building that had one door. Kicked open the door, blasted once with Ma's Shotgun, Locked the Door down, and did a search.

Yep, assuming there is no path from a zombie to the noisiest zone: http://boardgamegeek.com/article/9809154#9809154 1 Posted Sun Sep 9, 2012 8:38 pm This isn't a situation we've run into, but we have a house rule where if enough zombies pile in around a closed door such that we can 't physically fit all the figures in the right zone, then they break down the door and the excess zombies spill inside.

This isn't a situation we've run into, but we have a house rule where if enough zombies pile in around a closed door such that we can 't physically fit all the figures in the right zone, then they break down the door and the excess zombies spill inside. Sure ya can. Hole up in a room by door and gun em down as they come. This would work in the get to red level scenario for example Posted Thu Sep 13, 2012 1:50 am. 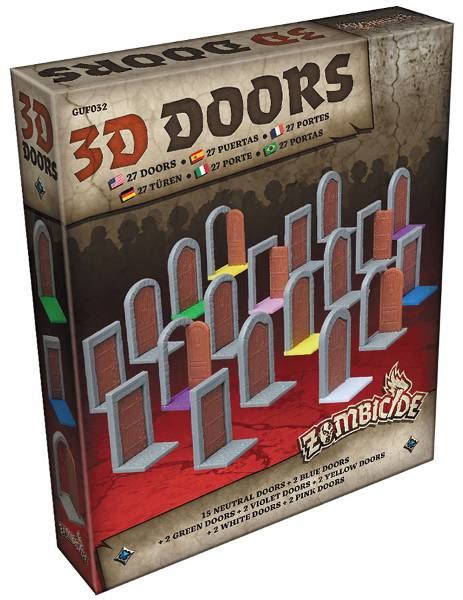 Do zombies ignore locked doors ? Do they batter them down or wait patiently for the chewy bits inside to come out? In scenario 01 that would mean the survivors could search all day inside the start building.

In other scenarios with spawn locations inside buildings do they stand still, move towards the door(s) and wait. I don't believe they beat down doors ; that's why you have that lock it down ability; it lets you control the flow and buy you some time. Scenario 01 is a tutorial, remember, so it's not necessarily indicative of real gameplay.

In a real game, zombies will be spawning every turn, and moving to be as close to the biggest source of noise possible, which will be the survivors all bunched up inside a room if they're all hiding inside. A zombie inside a building will move towards the noisiest zone, taking the shortest path through an opened door.

Not using this rule and instead having them mill about if they can 't draw a path also avoids the exploit mentioned in another thread, by denying you a massive, rich target to wipe out every zombie on the board with a thrown Molotov. If this becomes a problem in our games I will implement a simple house rule.

Move zombies on paths as if the doors were open. In any phase where a zombie's movement path would take it through a closed door, roll one die for every two zombies that would move through it. 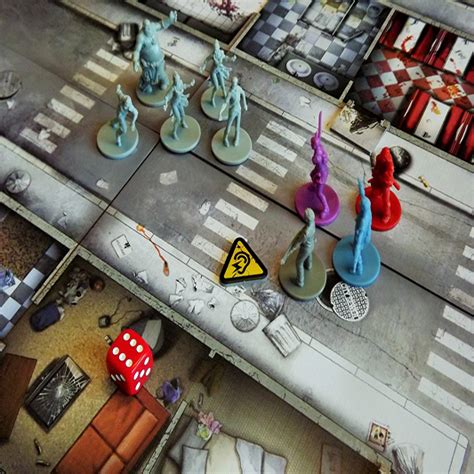 Hopefully that won't be necessary, but I do some people that like to “game the system” would realize they could stay inside and search until they find two Molotov and then easily move out. Staying locked inside a building, searching for several rounds is not a great idea.

Has anybody painted Gold Coast Gary from homicide Invader, I'm looking for ideas. As title says, since I only have the 1st Edition, I'm trying to play as close to the rule book as possible.